Yorgen Fenech has been indicted for the murder of Daphne Caruana Galizia, meaning he will face a trial by jury for the journalist’s 2017 murder.

The business mogul faces charges of complicity in murder and criminal association, with prosecutors understood to be pushing for him to be sentenced to life in prison for the former crime and an additional 20 to 30-year sentence for the latter one.

Prosecutors filed a bill of indictment against Fenech in court on Wednesday.

The case was assigned to judge Aaron Bugeja, who however immediately abstained from the case. Bugeja had led an inquiry into claims made by Caruana Galizia about offshore company Egrant.

Filing the bill of indictment wraps up the compilation of evidence against Fenech - a lengthy legal process that kicked off when he was first charged in November 2019.  The compilation stage can however be reopened should new evidence come to light.

One person, Vince Muscat, has already been sentenced to 15 years in prison after pleading guilty to murder.

What is a bill of indictment?

A bill of indictment is a legal document in which a person or people is accused of specific crimes.

It cites evidence against the accused that has been presented at the compilation of evidence stage, lists witnesses and evidence presented, cites the specific crimes a person is accused of and outlines the sentence prosecutors are seeking.

No person can stand trial for their alleged crimes without having first been served with a bill of indictment.

According to Maltese law, suspects must be served with a bill of indictment within 20 months of facing charges or else be eligible for bail. That 20-month period, however, was suspended at various points during the compilation of evidence against Fenech.

Once a bill of indictment is issued the 20-month period closes. However, a fresh 30-month term begins, during which the accused must stand trial.

Fresh requests for bail can be made during this time.

What is Yorgen Fenech accused of?

According to the bill of indictment, on October 16, 2017, at 2.58pm, “a powerful explosion shook the peaceful and rural Bidnija”.

The explosion, the bill reads, came just moments after journalist Daphne Caruana Galizia, 53, said goodbye to her son Matthew and told him that she was on her way to a bank appointment.

“What she did not know, however, was that her life was about to be taken away in the most cowardly, violent, and brutal way,” the bill reads.

It alleges that in April 2017, Yorgen Fenech called his associate Melvin Theuma, a taxi driver and asked him to meet him to discuss a matter that should not be said over the telephone. 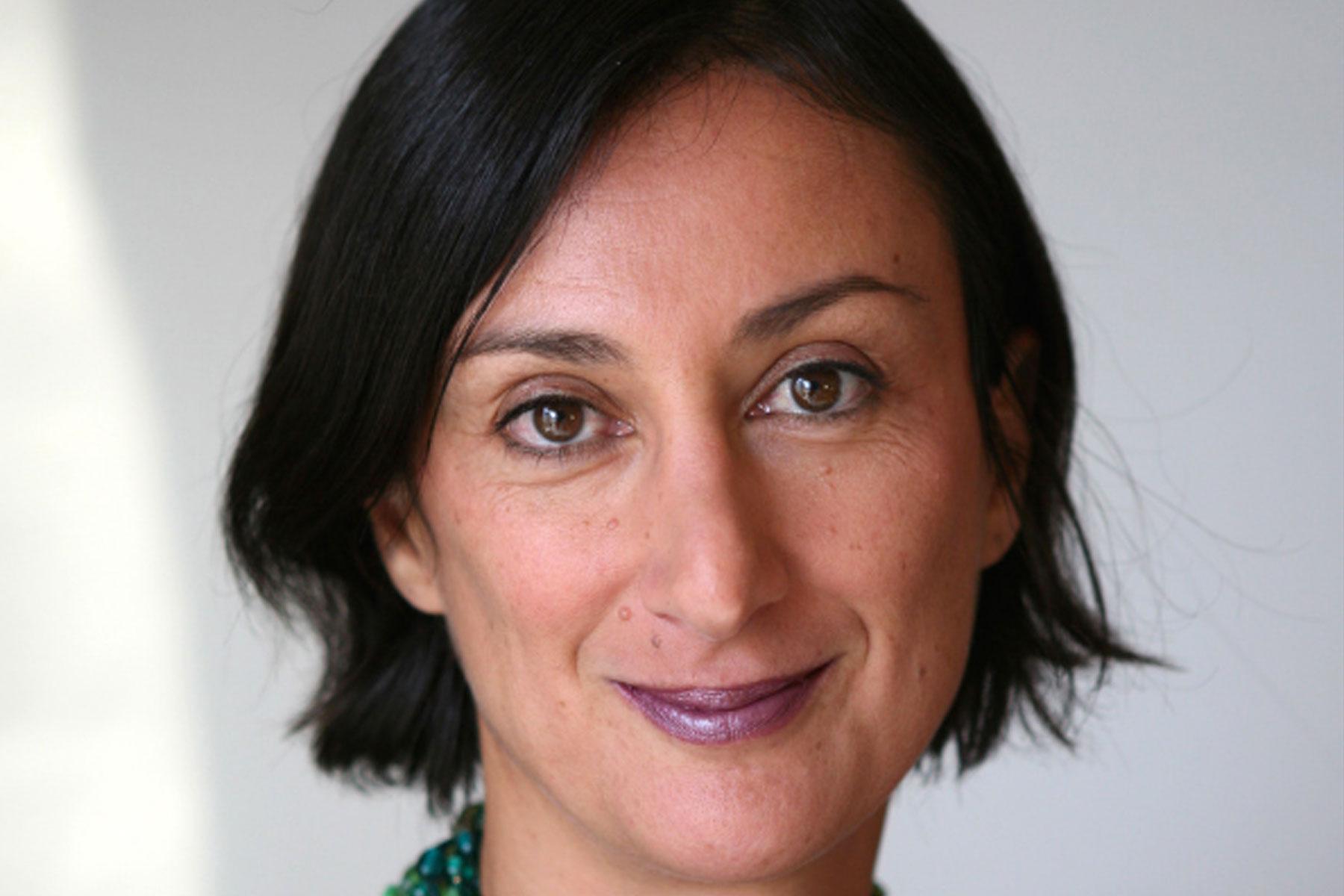 Daphne Caruana Galizia was killed in a car bomb outside her Bidnija home in October 2017. Photo: Pippa Zammit Cutajar

It adds that Fenech had mentioned known criminal George Degiorgio known as ic-Ciniz. And said Caruana Galizia had to be murdered as she had damning information on his uncle Ray Fenech.

Theuma went on to make contact with the alleged hitman’s brother Alfred Degiorgio, known as il-Fulu.

The bill says that on May 1, 2017, a general election was announced by then prime minister Joseph Muscat.

At that point, on June 3, Fenech contacted theuma and told him to put the murder “on hold”.

Some two weeks later, Fenech informed him that he wished to proceed with the plan and gave the taxi driver a packet contained €150,000 in cash.

Theuma handed the Degiorgio brothers a €30,000 deposit from this amount, who informed him that the murder would be carried out by themselves and their associate Vincent Muscat, known as il-Koħħu.

In the months after the deposit was paid, Fenech became anxious and badgered Theuma to pile pressure on the Degiorgio to get on with the assassination, the document claims.

The Degiorgios are alleged to have stalked Caruana Galizia’s movements, and eventually found the opportunity to get at her leased car and place an explosive device beneath the driver’s seat.

“Shortly before the stroke of 3pm, on October 2017, the journalist Daphne Caruana Galizia, ignorant of the blood-drenched deed that had been ordered and paid for by Yorgen Fenech, said goodbye to her son, left her home, got in her car, and drove towards the bank,” the indictment reads.

Out at sea on his boat, George Degiorgio, sent the fatal text message #rel1=on, detonating the device and murdering the journalist, the court document alleges. 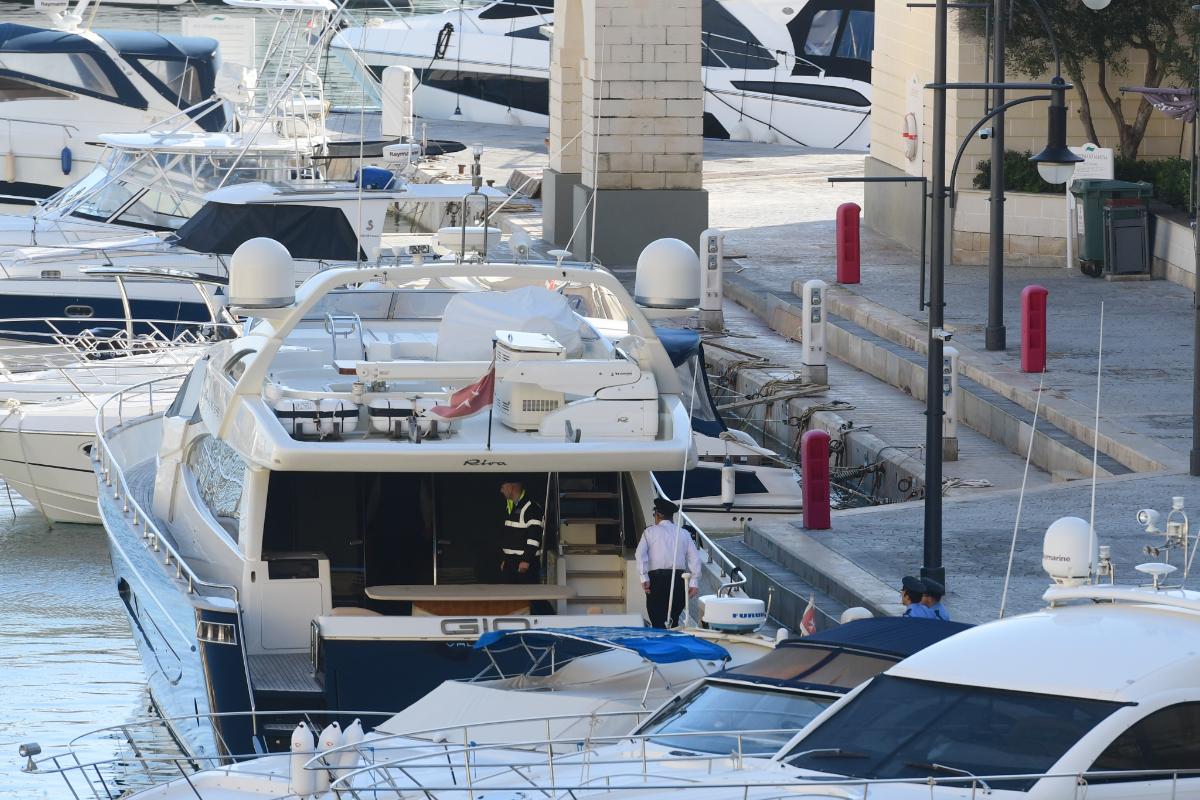 Yorgen Fenech was arrested on board his yacht, Gio, in November 2019. Photo: Jonathan Borg

The indictment says that a few days after the murder, Alfred Degiorgio called on Melvin Theuma in a garage at Marsascala and was handed €120,000, which was the balance remaining from the €150,000 which Fenech had handed Theuma for the murder to be carried out.

Degiorgio requested a further €5,000 from Theuma to cover unexpected costs including the purchase of sophisticated binoculars in preparation for the murder. Fenech handed over the extra money too, the indictment says.

It also alleges that in the months after the murder, until Melvin Theuma was arrested on November 14, 2019, Fenech issued thousands of euro to finance the legal defence of Alfred and George Degiorgio, who, along with Vincent Muscat had been arrested, arraigned, and accused of having carried out the murder of Daphne Caruana Galizia.

Correction: A previous version misstated the year of the assassination in a quote from the bill of indictment.