The parents of a 20-year-old who passed away after three bouts of cancer are petitioning the government to open a young adults’ ward, fulfilling a deathbed promise.

Jerome Frendo had just turned 16 when in 2013 he was told he had a malignant and rare cancer, Ewing’s Sarcoma, which targets bones and soft tissue.

He received the first four cycles of chemotherapy at Sir Paul Boffa Hospital in Floriana, surrounded by much older patients and a dated environment.

But a health setback turned things around for him in an unexpected way.

His treatment at Sir Paul Boffa had to be cut short when he developed a chest infection and was rushed to Mater Dei hospital. There he was admitted to the Rainbow Ward as all other wards were full.

Being surrounded by patients his age and an environment fit for young people immediately lifted his spirits.

Jerome knew that once treated for his chest infection he would have to return to the adults’ wards in Floriana. But unbeknown to him, his father Kenneth convinced Jerome’s oncologist and a consultant paediatric oncologist at Mater Dei to allow his son to continue receiving chemotherapy there.

When Jerome relapsed in 2015, the hospital’s policy had been changed to allow 17 and 18-year-olds at the Rainbow Ward, but when he received the bad news for the third, and tragically the last time in 2016, the young man had turned 19.

Jerome knew what this meant and begged his father to check whether he could be treated at the children’s ward.

The ideal environment would have been a young adults’ ward, something he had experienced in London when receiving treatment there. This is like a transitional ward for young patients who are no longer children but not yet adults.

The ward he had been admitted to, while in London, was furnished, among others, with a billiard table, a juke box, a library and a lounge area where young patients could hang out and share their experiences, fears and triumphs.

Sadly, Jerome spent his last two-and-a-half months at the adults’ ward, and the only people his age that he could share a word with were his brother Jethro, friends and nurses who did their utmost to lift his spirits.

“The corpse of my 20-year-old son, who fought cancer as a child and a young man, was brought out of a ward hosting patients who lived much longer than he could hope for.”

Kenneth promised his son he would do his utmost to petition for a young adults’ ward for future patients. He believes such a ward would not only benefit young patients, some of whom are diagnosed as children, but also their parents and siblings, who struggle to come to terms with the diagnosis.

“One particular night I went to the kitchenette to make a cup of tea and an elderly patient realised I was not there for treatment.

“He asked whether I was visiting my father and when I told him I was keeping my son company, he was stunned. He said that it was already difficult for him to accept his diagnosis at his age, let alone someone so young. He had no words to console me.”

Jerome’s parents Kenneth and Josette believe that the staff, both at Sir Paul Boffa and at Mater Dei, did their utmost to make their son feel comfortable, at ease and in a good mood.

But they have also experienced, at first hand, the positive impact that an adequate environment and a circle of support through same-aged patients left on the recovery of their child.

They are willing to raise funds through an NGO set up following the demise of their son called Smiling with Jerome, to furnish a young adults’ oncology ward. 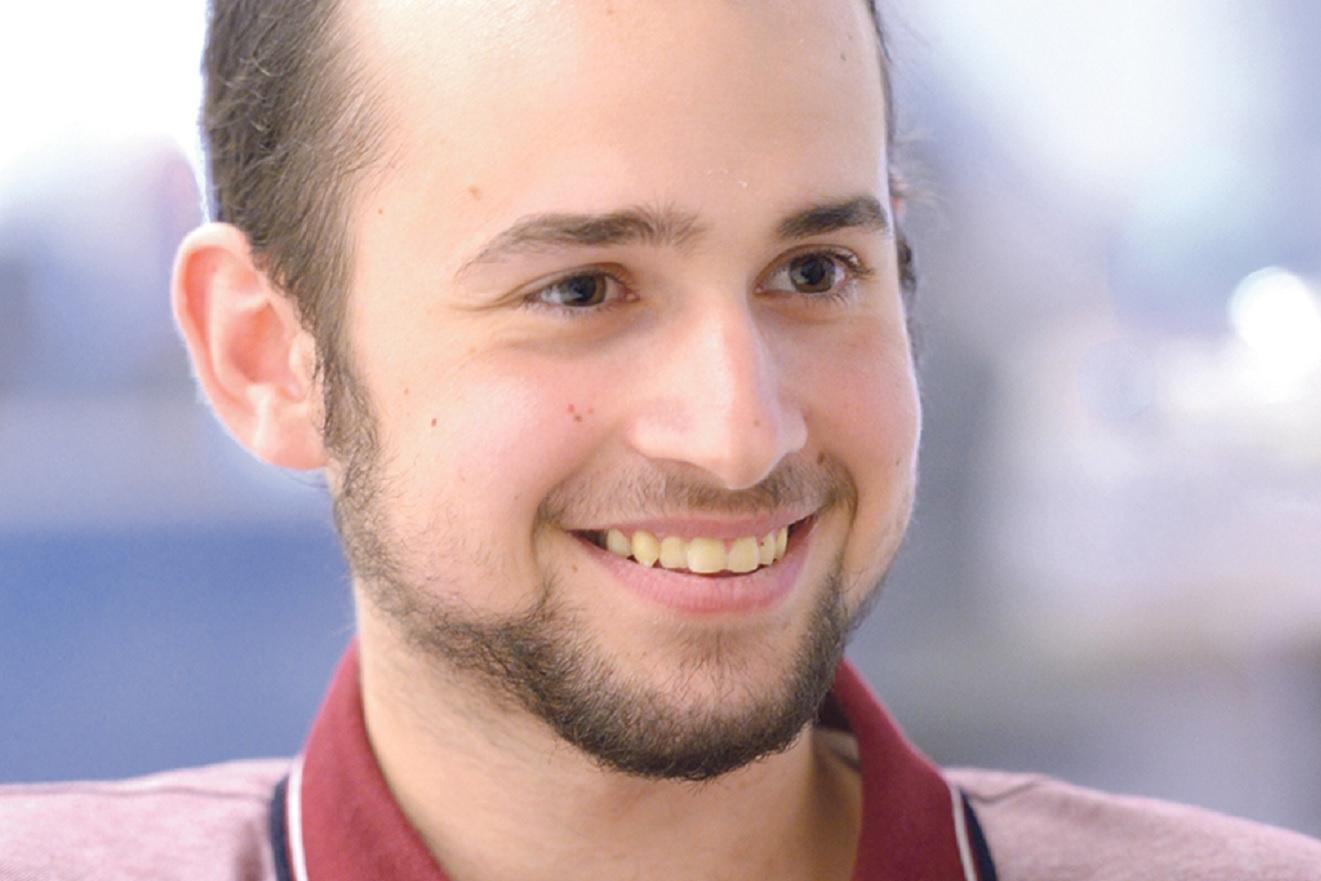 Jerome Frendo in an interview with the Times of Malta in 2016. Photo: Matthew Mirabelli

The bag to take with you for chemo

A bad taste in your mouth, dehydration and cold legs. Coupled with long hours staring into space and a sense of loneliness.

This is what chemo patients could go through while receiving treatment, as Kenneth, Josette and Jethro know quite well, after having sat through several chemo cycles with Jerome.

That is why through Smiling with Jerome, in December, they will start distributing the first 120 chemo bags full of handy items, such as a lollipop to get rid of the bad taste, a bottle of water to hydrate and a lap blanket to keep legs warm.

The bag also contains crossword and activity books, a box file for all the important hospital documents and a Christmas card made by primary schoolchildren to send their warmest wishes to cancer patients.

Smiling with Jerome was another promise that Kenneth and Josette made with their son.

Before he died, Jerome asked his mother to support others in the same situation, rather than return to work.

With the help of various sponsors, the foundation supports those who require financial help or those who need someone to talk to but do not know where to start. Among others it provides support to parents who have lost their children – whether through miscarriage, stillbirth, sickness or an accident – also through psychologists and counsellors.

Look up the page Smiling with Jerome on Facebook, send an e-mail to smilingwithjerome@gmail.com or call 9987 2002 for more information on how you can help out.

Any plans to open a young adults’ section?

The Sir Anthony Mamo Oncology Centre at Mater Dei Hospital has adopted a Children and Adolescent policy through which the Rainbow Ward can now accept patients up to 21 years of age, a spokesman told The Sunday Times of Malta.

Kenneth and Josette have not been informed of this new policy, despite meeting the Health Minister in January to let him know that Smiling with Jerome was willing to contribute to this project. They also sent a follow-up letter in June.

The Frendos still believe in the need for a young adults’ ward, which would be a transitional one between the Rainbow and the adults’ one.