Holding placards reading "My body, my choice", "Abortion is safe and necessary" and "We fight for what is right", around 30 activists stood side by side outside Parliament on Wednesday afternoon calling for the introduction of legal and safe abortion.

Their protest comes after  Andrea Prudente, who is currently at Mater Dei Hospital suffering a miscarriage at 16 weeks, made an emotional public appeal for doctors to terminate her pregnancy as she fears for her life.

Prudente, a US citizen, who came to Malta with her partner, Jay Weeldreyer, to celebrate her pregnancy, says they feel like they are being “held hostage” as they wait for the fetus to die because doctors have refused to perform an abortion even though she is miscarrying.

The protest was organised by the NGO Young Progressive Beings (YPB) who insisted women should not be criminalised or imprisoned for having an abortion and argued that abortions should not be politicised. 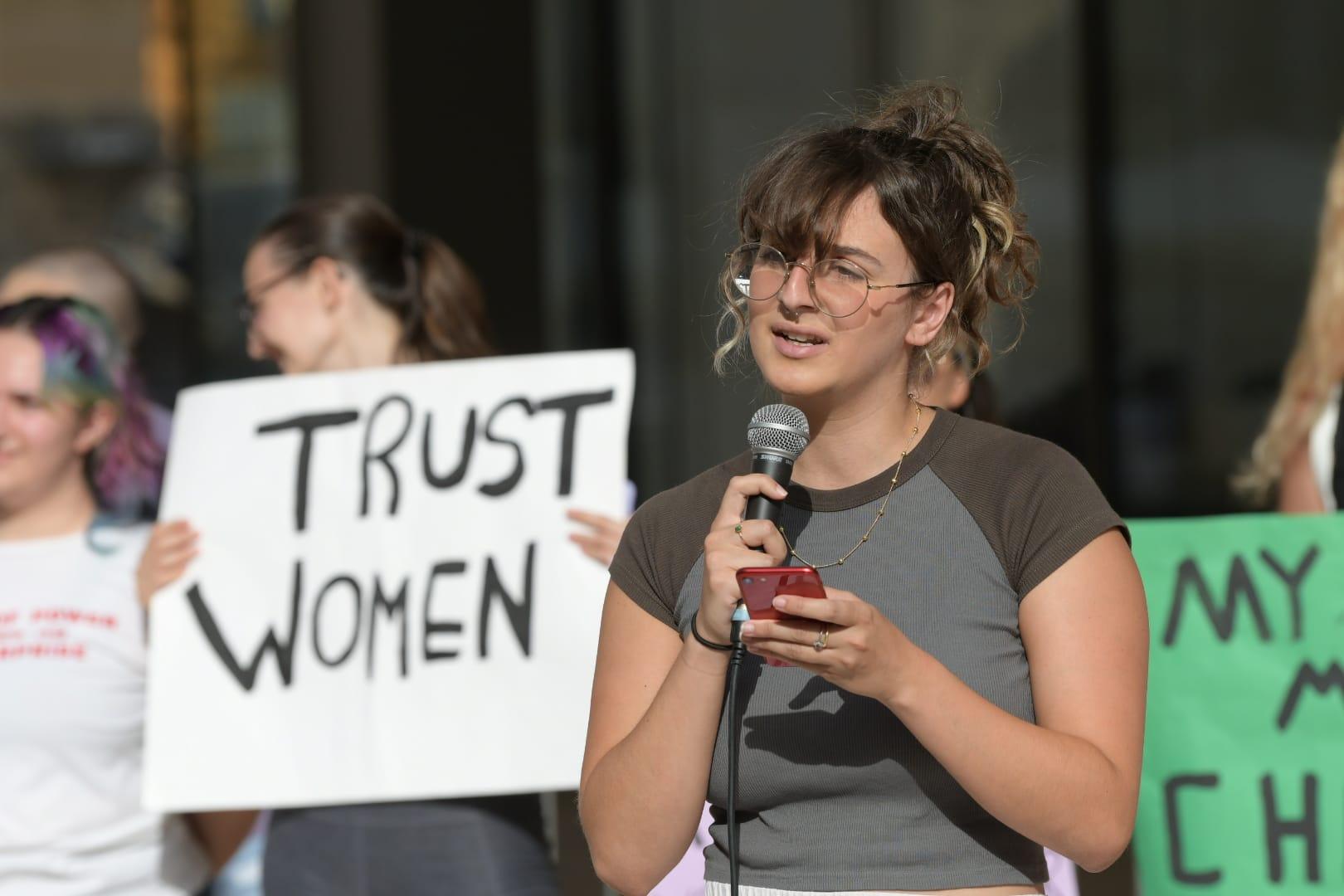 'The foetus has a heartbeat, but so does Andrea Prudente'

Emily Galea, the president of YPB, called for people to put themselves in Prudente's shoes.

"Imagine the pain and heartbreak she is feeling," she said.

"Yes, the foetus has a heartbeat. But so does Andrea Prudente. So do all women in Malta. We will not wait until there is blood on our hands for change to happen."

Another activist, Francesca Zammit, said that Malta cannot wait for a woman to die for the "draconian" abortion rules to change.

Member of Women’s Rights Foundation Andrea Dibben said the American couple had called the foundation on its helpline in a desperate cry for help.

“We are in constant contact with the couple. Every day this couple is experiencing heartbreak as they hear their child’s heartbeat knowing the child is going to die.”

She said the couple's story had already been picked up by the international media and more reports will be following.

“These inadequate laws need to change,” she insisted. 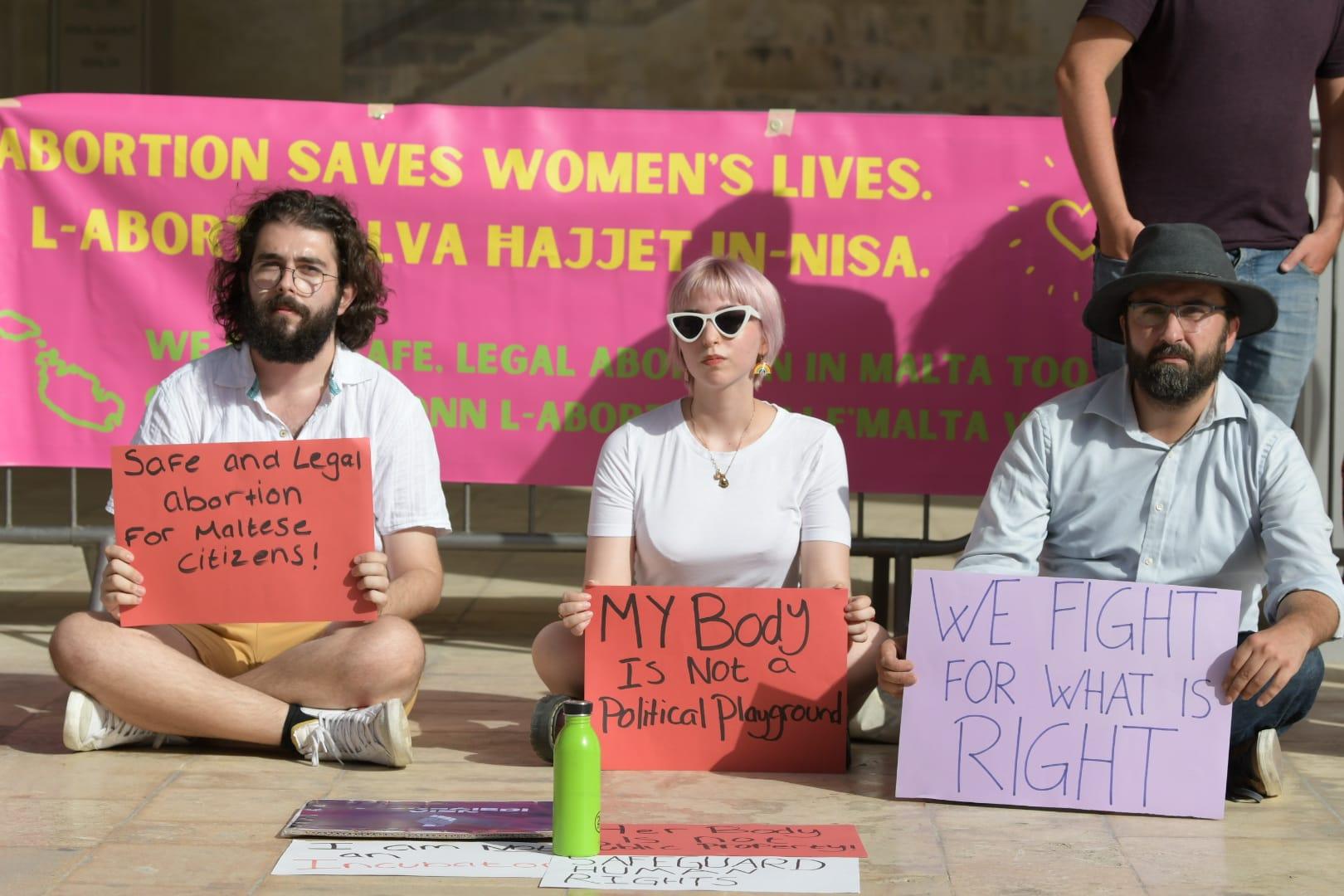 In a statement on Facebook in the evening, the Life Network Foundation said Malta has an excellent track record of caring for pregnant women, and if the life of the mother is at risk, doctors in Malta have the legal and ethical obligation to do all that they can to save her life whatever the consequences to the unborn child.

Life Network said it is willing to help in any way if the mother or her partner need support.

"We await further details to be able to comment on the case. We wish the woman and her partner the best outcome in this delicate situation and ask that media reports do not exploit this vulnerable situation."

Mother's life is given priority - Doctors for Life

In another statement later, Doctors for Life said the practice at Mater Dei Hospital is always to ensure that the mother’s life is protected and given priority.

"The patient is intensively monitored and promptly treated for any signs of infection.

"If serious haemorrhage or infection supervenes, then the uterus is always evacuated.

"Such a decision is taken at the highest clinical level and would involve at least two consultants.

"Premature rupture of membranes does not always result in infection and not all such pregnancies end up in a spontaneous miscarriage. This is why not all cases require evacuation of the uterus (induced labour) at the outset," they said.

They said that this will be done if required, even if the foetus is too young to survive outside the womb.

"Each case is assessed and managed on its own merits by the caring specialist.

"This practice has stood the test of time and our 0% maternal mortality for the last 12 years attests to that."

Malta is the only EU country that has a total ban on abortion.

Just last week, a group of NGOs filed a judicial protest calling for the immediate decriminalisation and legalisation of abortion in Malta.

Earlier this year, the Council of Europe's Commissioner for Human Rights called on Malta to decriminalise abortion.

In a Facebook post, Farrugia questioned whether it is right that the value of an adult woman is considered inferior to that of an unborn.

“Do you think it is right that our laws consider this woman a criminal because she is trying to help herself, and also criminalises those who wish to help her?”

The national pro-choice campaign for the UK, Abortion Rights, also picked up the case and asked why women have to die before abortion in Malta can even be discussed.

“Malta is letting a woman die because the foetus, which is no longer viable, still has a heartbeat. Doesn’t this woman also have a heartbeat,” secretary of Abortion Rights in Britain, Davinia Hamilton said.

Hamilton is a Maltese activist and one of the artists who produced “Blanket Ban” a play on Malta’s strict abortion laws.