As Maltese stuck in Italy return, many of them will be living in isolation for the next couple of weeks, as one man recounts.

Thank God for the dog.

That’s the sentiment of one of the more than 300 Maltese nationals returning home from Italy after getting stuck there due to the travel ban – and now going into self-quarantine. 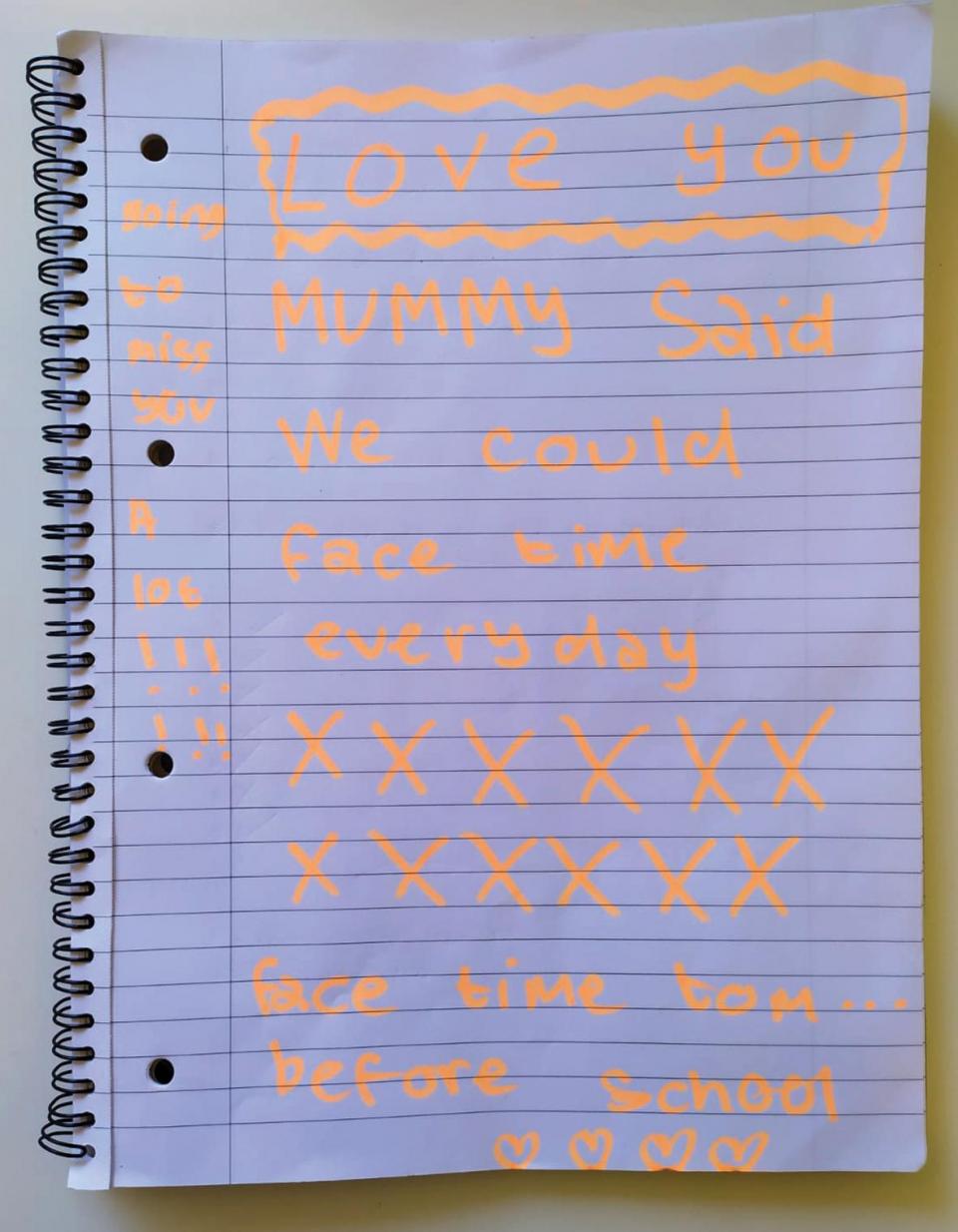 A man now in self-quarantine found this note from his daughter when he got home.

Many of them will be living alone for the next couple of weeks as their family moves out to avoid possible contagion with coronavirus.

One man was in Sicily with a group of 11 friends who returned by ferry early yesterday morning. All of them are now living in self-quarantine and some in isolation.

“We all made our own arrangements before we arrived. My wife and daughter moved out before I got home. My wife will be leaving food and anything else I need in the lift,” he said.

“Thank God I still have my dog.”

Others among his group made similar arrangements. “Many of us will be home alone for the next two weeks. Mentally, it is going to be tough,” said the man, who preferred not to be named to protect his family from possible repercussions and overreactions, now that Malta has several known cases of coronavirus.

He was among the 320 Maltese nationals, stranded in Italy or Sicily, who requested the authorities’ help to return home following Minister Robert Abela’s late-night announcement that all travel between Malta and Italy had been banned.

It is not clear how many of that number have returned so far.

People say we were stupid for going. But we checked and now we are all in self-quarantine

The group of friends had left Malta on Monday. “Before we left we checked and were told it was alright to go to Sicily as it was low risk.

“People say we were stupid for going. But we checked and now we are all in self-quarantine.”

The group stayed in a remote area in the countryside with barely any contact with locals.

“The only place we interacted with people was at a coffee shop where there was a sign saying only three people at a time were allowed in and they had to stay a metre away from the counter. Even on the way to Sicily, the ferry was really empty,” he said.

The group was due to return next Sunday. But on Monday evening, as they were having dinner, they heard the news that Italy was on lockdown due to the coronavirus outbreak. That was when they decided to leave the following day – to avoid self-quarantine.

But the following morning they heard that the Maltese government had banned all transport between Malta and Italy, including Sicily.

They contacted the Foreign Affairs Ministry who eventually told them they could board the night emergency ferry back. It left at 2am on Wednesday – a practically empty vessel with 50 people on board at most and staff were not wearing masks.

Driving out of the catamaran on arrival, their temperature was checked by two people accompanied by a police officer.

The man drove straight home, where he found a note from his daughter telling him she missed him and they would see one another on Facetime every day.

What do you want to know about the coronavirus? Email us your questions and we’ll ask the experts: newsroom@timesofmalta.com.