As Melvin Theuma sat inside the police depot clinging to a Smiles ice cream box on November 14, 2019, he knew he only had one play: leverage the contents of his ice cream box, containing hours of secret recordings shedding light on the Daphne Caruana Galizia murder plot, in exchange for immunity from prosecution.

More details of the arrest and the subsequent days emerged on Thursday evening through the Daphne Project, an international journalistic collaboration, including Times of Malta.

Theuma knew the odds were stacked against him.

The contents of these secret recordings, implicating business magnate Yorgen Fenech in the murder, would ultimately bring down Prime Minister Joseph Muscat and his all-powerful right-hand man Keith Schembri.

Theuma's first instinct was to find a lawyer unafraid of taking on Muscat’s government.

PN MPs and vocal government critics Simon Busuttil, Jason Azzopardi and Karol Aquilina all received calls that night, asking if they were willing to represent Theuma.

Two lawyers, Matthew Brincat and Kathleen Grima would eventually agree to take on the case.

Sources familiar with the case described to The Guardian how Theuma was not willing to let the ice cream box out of his sight whilst at the depot.

“That night the guy was clinging onto his box as his only safety line,” the sources said.

The ice cream box was secured by investigators against all the odds.

Theuma had long been urged by Fenech and his associate Johann Cremona to get rid of any incriminating evidence before the police swooped in under the pretence of a money-laundering raid.

“Be 100% sure everywhere is clean,” Fenech said in a message to Theuma shortly before his arrest.

The arrest was originally planned for Saturday, November 16, the day of the draw for Theuma’s lucrative illegal lottery.

Like that, police would catch him with a week’s worth of cash holdings.

This plan went out the window when investigators observed Theuma moving the ice cream box containing the recordings.

A decision was taken to move the arrest forward, as they feared Theuma was going to hide the box.

He was arrested in his wife’s Toyota with the ice cream box on the passenger seat.

Upon being pulled over by the police, Theuma grabbed at the box, telling officers he wanted to speak to homicide investigator Keith Arnaud “about the murder”.

Such was the level of mistrust with the government, Theuma and his lawyers demanded a memorandum of understanding about the pardon be drawn up and signed by the Police Commissioner, Attorney General and the Prime Minister before he began to tell all about the murder.

Typically, a pardon is agreed upon after a suspect has given evidence to police that can be corroborated. 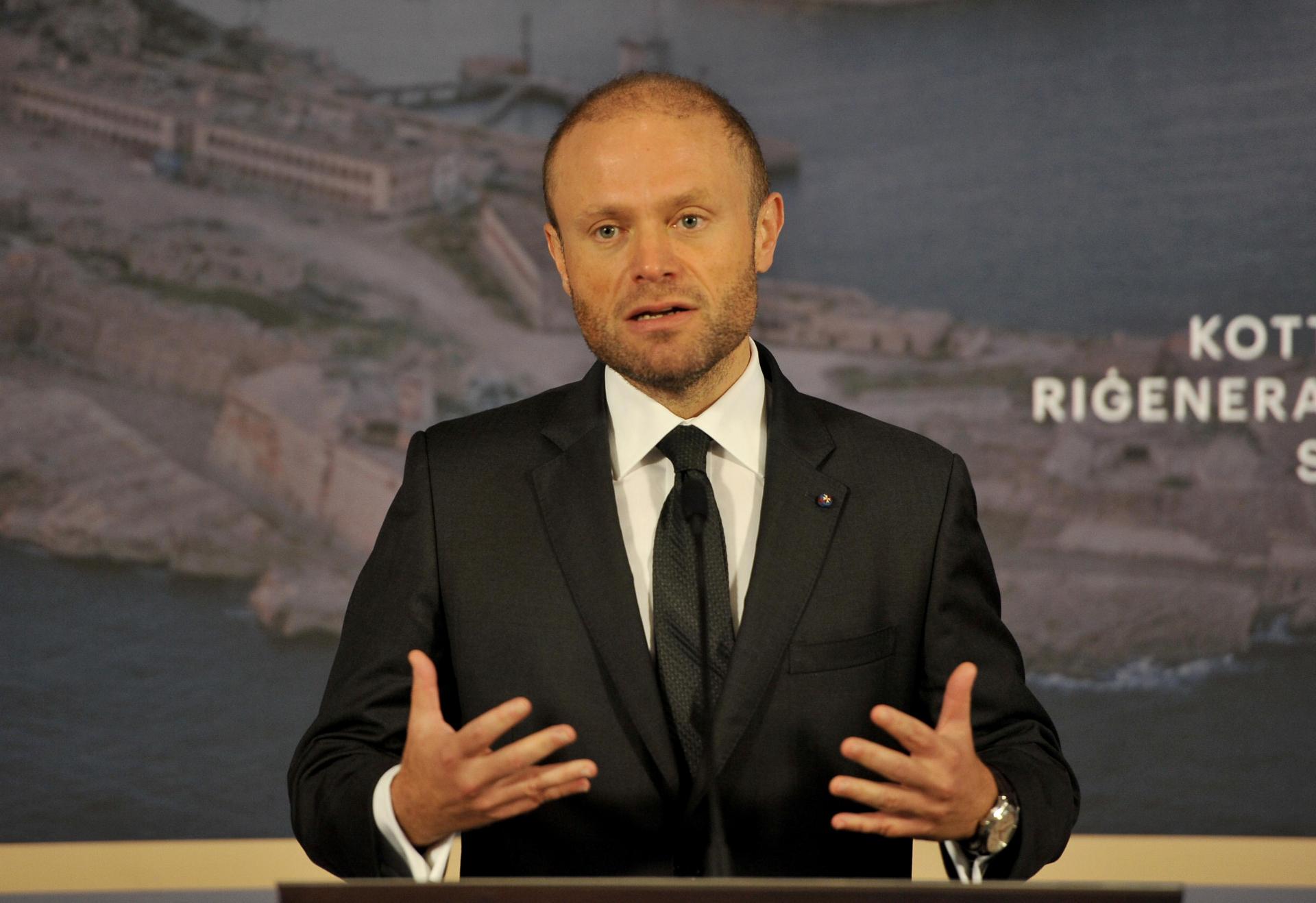 Just a month prior to Theuma’s arrest, Joseph Muscat had said he was not keen on pardons when questioned why another suspect, Vince Muscat, had his pardon bid rejected in April 2018.

Vince Muscat had offered up information implicating Theuma in the murder.

On the Friday evening after the arrest, negotiations for the memorandum of understanding were stalling, with prosecutors warning they would charge Theuma with money laundering the following day if no progress was made.

No arraignment would follow that day, and instead intense negotiations between the parties led to an agreement about the pardon late on Saturday.

However, the tense wait continued as Muscat only signed off on the memorandum on Tuesday afternoon, having had a family commitment on Sunday and on an official trip to inaugurate the Montenegro wind farm on the Monday.

Muscat told Times of Malta he signed the agreement as soon as it reached him.

The former prime minister said he was in contact with the Attorney General and Police Commissioner on Sunday and Monday.

Times of Malta broke the news about the pardon early on Tuesday morning, leading Muscat to confirm that he alone would be taking the decision to grant Theuma a pardon, instead of discussing it with his cabinet as would be the norm. 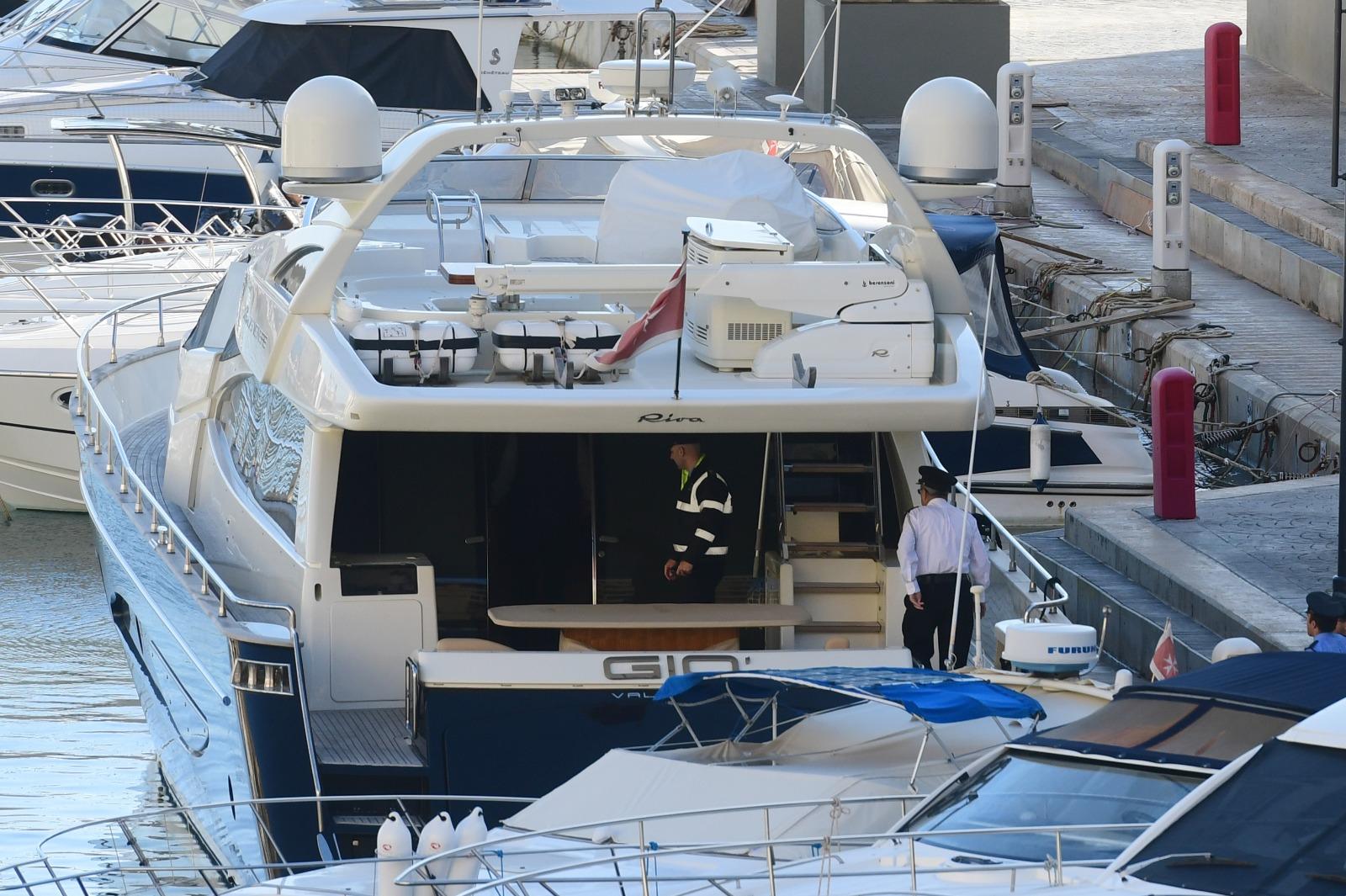 Yorgen Fenech's luxury yacht at Portomaso after it was intercepted by the AFM.

That same night, Muscat has since admitted he phoned his chief of staff asking him to contact Fenech,in what he claims was a bid to convince the businesssman not to leave the country.

Schembri told a court last December that Fenech had asked him that night if anyone was following him, to which he replied “no”.

The former chief of staff claims he advised Fenech during the call that it was not a good idea to leave the country.

Fenech was arrested the following morning shortly after leaving the Portomaso marina on a luxury yacht.

The business magnate has since gone on to implicate Schembri as the mastermind behind the assassination, an accusation the former chief of staff has denied.

Fenech’s lawyers told the Daphne Project that Fenech denies any involvement in the murder.

The lawyer described Theuma’s testimony as “replete with unreliable claims and unexplained contradictions”.

He alleged, without providing evidence, that Theuma’s presidential pardon was corruptly obtained, and said a fair trial process would “continue to expose the falsity of his allegations”.

“Mr Fenech urges the most scrupulous of investigations to identify the perpetrators of this terrible crime,” the email from the lawyer stated.

“He is confident that such an investigation will demonstrate his innocence.”