Voting has ended at PN headquarters where the members of the party's general council were asked to vote whether they would like the party membership to vote on confirming Adrian Delia as party leader, or hold a new leadership contest.

Delia became party leader three years ago, the first in the party's 140-year-old history to be elected directly by the membership.

But his term so far has been dogged by division and poor showing at opinion polls.

He won a confidence vote by the councillors a year ago, but over the past weeks lost confidence votes within the PN parliamentary group and the part executive following more poor poll results and the disclosure of his Whatapp chats with Yorgen Fenech, after he was revealed as the owner of secret company 17 Black.

Voting in the PN council started on Wednesday evening and continued on Friday evening. The 1,630 members had until 6pm on Saturday to cast their ballot.

But party grandee Louis Galea, who over the past months was tasked by Delia to draft a PN reform, called for a fresh leadership election.

"Malta needs and deserves a credible opposition led by a new leader as soon as possible," he said in a message circulated by Delia's opponents.

He pointed out that he recently moved amendments to the PN statute as part of the reform process, but said this was just the groundwork which would serve for nothing unless the party had new leadership which was able to unite the party and inspire confidence.

Galea said the votes of no confidence in Delia by the parliamentary group and the Executive showed the urgent need for a contest for a new leader.

He said it was wrong and a mistake of Delia to downplay the importance of those two party organs. The MPs were elected by thousands of people and the members of the executive were elected from all levels of the party. The votes in the two organs had been a free and democratic expression of what was needed for the party to start the road for success.

Observers said Saturday's vote could go either way. A total of 67 per cent of councillors backed Delia in a vote on July 27 last year but the mood has reportedly changed in some areas.

Both sides have campaigned intensively in the past few days, to the extent that on Friday Delia filed a judicial protest against one of his rivals, MP Jason Azzopardi, accusing him of spreading “defamatory and false allegations” about him through text messages. Azzopardi stood by his actions and challenged Delia about his claims. 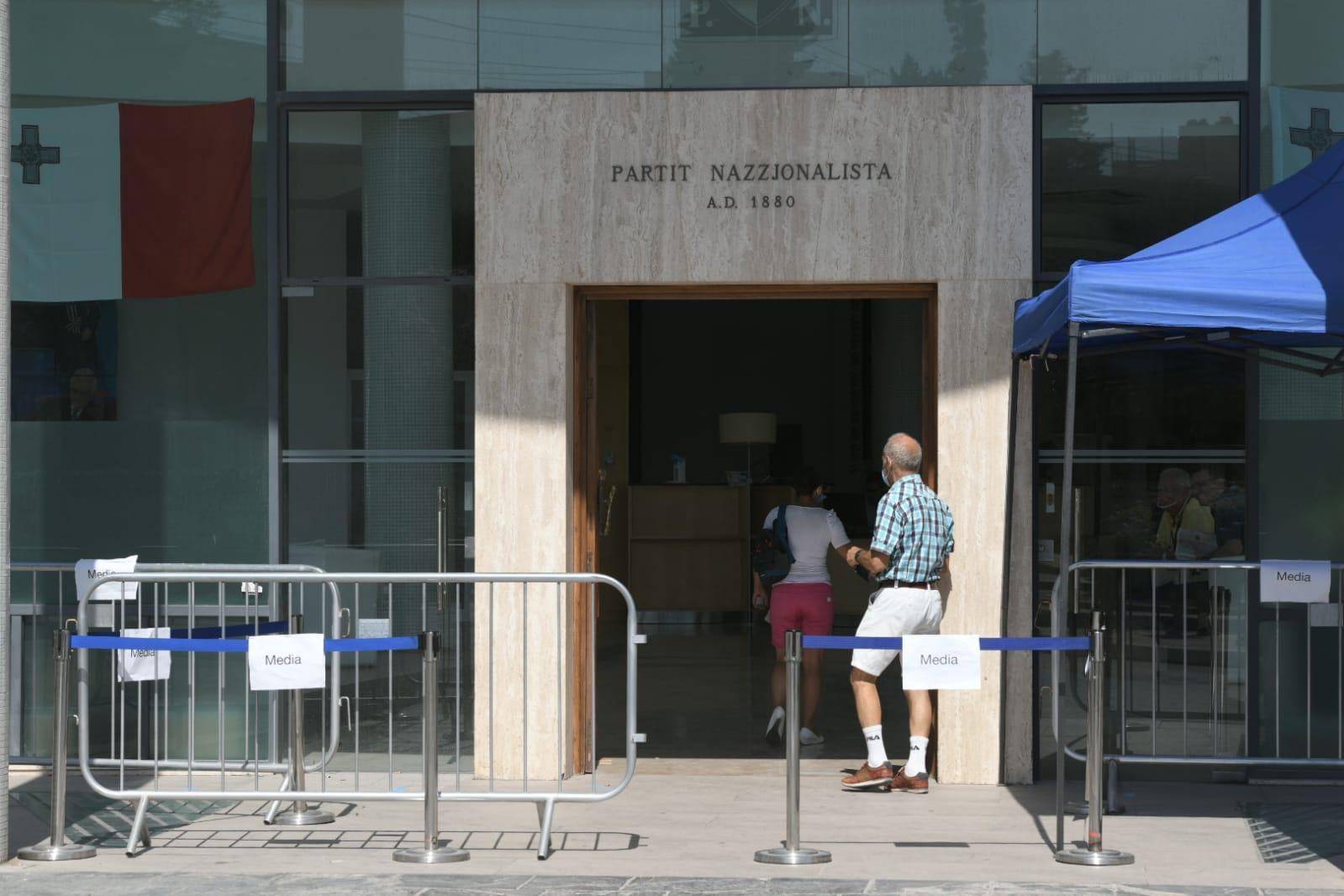 A councillor enters PN headquarters to vote on Saturday.

The party members will have the final say, whatever the outcome of Saturday's vote, but no timetable has been set yet.

Should the councillors opt to ask the membership to confirm Delia, a convention of the membership would be a straightforward affair, whereas a decision to call a fresh membership election would require a call for nominations, vetting of the nominees and possibly several rounds of voting running into September. Delia has said he will be a candidate if the decision is to go for a fresh election.

Delia won 53% of the vote when he saw off Chris Said in the leadership contest in September 2017.

Most of the party members who are eligible to vote have not changed since then (members have to be on the books two full years before a leadership election), whereas there are regular changes among councillors, party insiders said.