Power station investor Paul Apap Bologna has expressed his faith in the Electrogas project, in the same week that fellow investors from the Gasan Group said they were seeking to pull out of the deal.

Apap Bologna, who took over as the local Electrogas director from murder suspect Yorgen Fenech, said the power station company had recently commissioned an international law firm to carry out an extensive legal and forensic review of all its affairs.

Contacted by Times of Malta, Apap Bologna, who holds shares in Electrogas via his medicine importation company CP Holdings, said he was satisfied with the findings of this review and continued to have faith in the business project as a means of “meeting a social need within a sustainable framework”. 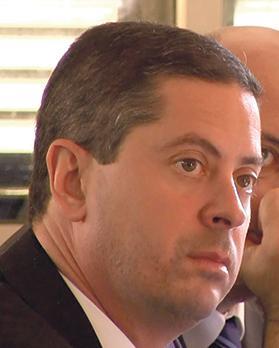 He said Electrogas always welcomes any scrutiny deemed fit and appropriate by the authorities.

Questioned if he was seeking an exit from the consortium, Apap Bologna said strategic decisions, including a possible divestment of shares, are taken to GEM Holdings’ board for discussion and eventual decision.

CP Holdings, Gasan Group and Tumas Group hold their shares in Electrogas via Gem Holdings. Each of the companies own an 11.72 per cent stake in the power station.

Apap Bologna said any action in this respect is always taken depending on market interest, conditions and business objectives. “This is a policy which we, at CP Holdings, have practiced in the past and continue to do, and which we intend to follow on this matter”, he said.

Tumas Group similarly told Times of Malta that any decision about divesting shares would be taken within GEM.

Suspicions about the project intensified once it was revealed that Yorgen Fenech owned 17 Black, a company that according to a leaked Nexia BT e-mail planned to feed up to $2 million in offshore structures set up for former OPM chief of staff Keith Schembri and former Energy and Tourism Minister Konrad Mizzi.

The project has since been mentioned as a potential motive behind the murder of journalist Daphne Caruana Galizia’s, which Fenech stands accused of financing.

The Gasan family said in a statement on Wednesday that it was “mortified and shocked” that the power station project was being linked to Caruana Galizia’s assassination.

“All our sympathies remain with the family of Mrs Caruana Galizia, and, together with all right-minded people, we look forward to the successful prosecution and conviction of all those who were involved in this terrible act,” the family said.