An intermediary used by Yorgen Fenech’s 17 Black to secretly profit from the Montenegro wind farm deal was wrongly described in Enemalta board minutes as the “present owner” of the project when negotiations were still taking place.

Instead of Enemalta buying shares in the wind farm project directly from the owner, the Spanish consortium Fersa, the state-owned energy company reached an agreement with Cifidex, which did not even own the wind farm shares when the January 2015 board meeting took place.  The unexplained introduction of Cifidex into the deal as an intermediary saw Fenech secretly walk away from the wind farm purchase with what sources describe as a €4.6 million profit.

The minutes quote current Enemalta chairman Kevin Chircop describing intermediaries Cifidex as the company Enemalta was negotiating with to acquire the shares in the Montenegro wind farm.

“Following discussions, both internal and with Cifidex (the present owners of the project, along with Fersa), the negotiations led to the verbal conclusions of the negotiations with Cifidex,” read the board minutes summing up the information given by Chircop, who at the time was Enemalta projects director.

Times of Malta and Reuters had revealed in June how 17 Black, the company owned by Daphne Caruana Galizia’s murder suspect, secretly funded Cifidex’s purchase of the wind farm site in December 2015.

Although a joint venture lead by Enemalta investors Shanghai Electric Power was set up to run the wind farm, it was Enemalta that signed the deal with Cifidex.

According to the minutes, Chircop said Enemalta would be signing the agreement itself as Shanghai Electric Power have a “lengthier internal approval process”. 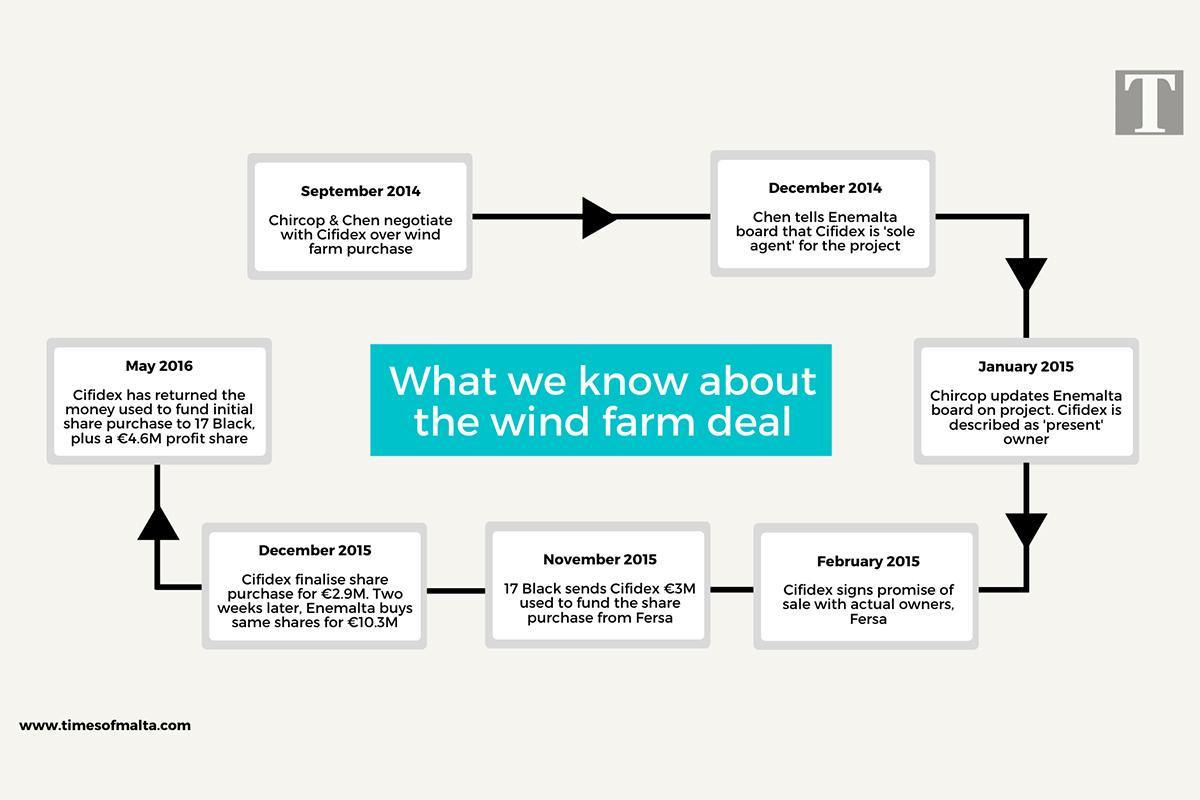 Agreement signed after board meeting

It was only after the board meeting that Cifidex signed a promise of sale agreement in February 2015 to buy 99 per cent of the shares in the project from Spanish company Fersa for €2.9 million. A separate agreement was signed with a Montenegrin company that held the remaining one per cent.

The €2.9 million purchase from Fersa, funded by 17 Black via Cifidex, was completed in December 2015.

After the deal was completed, Cifidex returned the original €3 million used to fund the deal to 17 Black along with what sources describe as a €4.6 million “profit”. 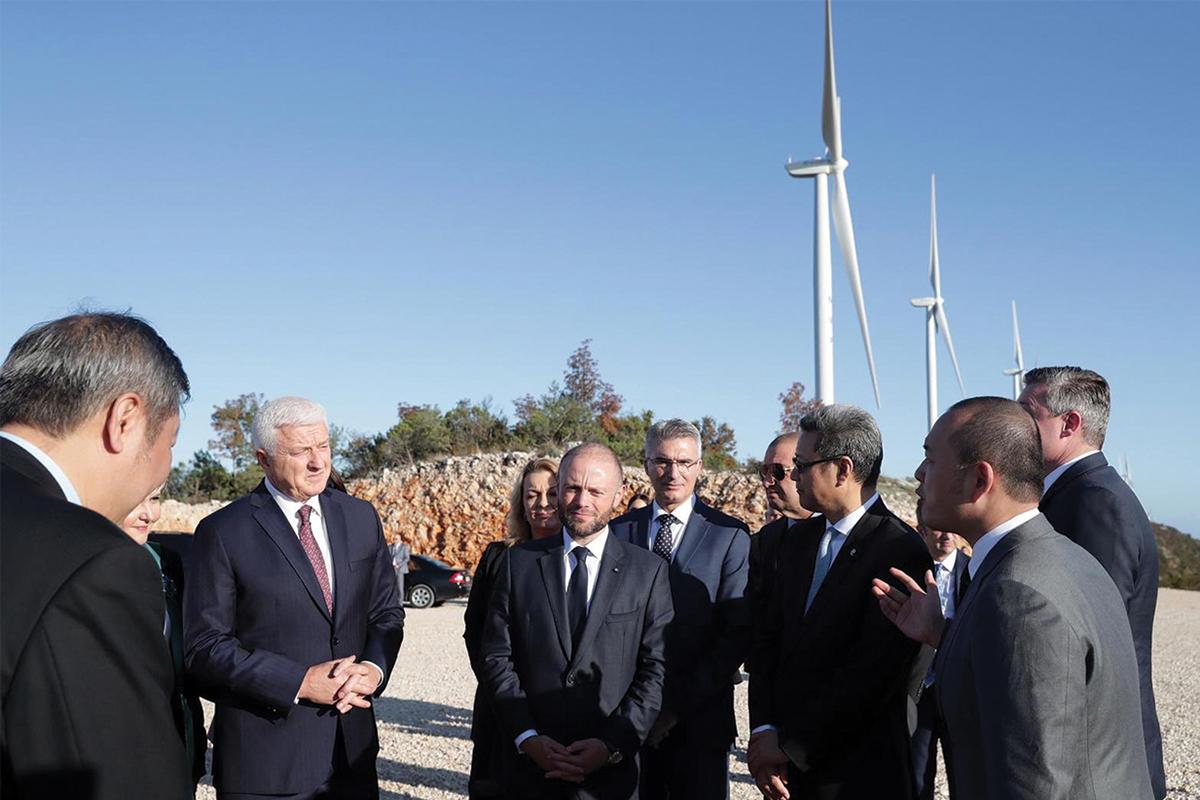 At the time of the deal, Cifidex was owned by Turab Musayev, who was a director of the Electrogas power station together with Fenech.

Following revelations about murder suspect Yorgen Fenech’s involvement in the deal, Enemalta justified the variance in price by stating that Cifidex had taken the project from an “almost-dead” status to “ready-to-build”.

Documents tabled in parliament following the revelations show Cifidex had used the same wording about its role in the project in a letter it sent to Enemalta and Shanghai Electric Power on the day the €10.3 million deal was concluded in December 2015.

The exact origins of the wind farm deal remain unexplained.

Just one month prior to Chircop being minuted as describing Cifidex as the “present owner” of the project along with Fersa, Chinese negotiator Chen Cheng gave a presentation about the project to Enemalta’s board.

In a section about the players in the deal, Chen’s presentation states Cifidex is the “sole agent of the project offering for sale all [share] certificates at one time”.

Fersa is described in the presentation as the original bid winner of the project that has done some “fundamental work” for this project.  Contacted by Times of Malta, Chircop said he had immediately instructed Enemalta’s internal audit department to investigate when Times of Malta first published details about the deal in June.

Chircop said a police investigation is also ongoing and he does not want to disclose any information that might jeopardise the investigation.

“Board meetings and what is discussed within such meetings is confidential, hence I am bound not to disclose any information unless there is a specific request from the police.”

In follow-up questions asking who or what led him to conclude Cifidex owned the project in January 2015, he once again insisted he could not reply for fear of jeopardising investigations.

“However, allow me to remark that whoever is providing you with information is shying away from the whole truth on purpose. Whether this is being done with the intention to divert attention from him/her or for any other purpose, I do not know”, Chircop said.

Former Enemalta chairman and CEO Fredrick Azzopardi, who signed off on the deal, referred Times of Malta’s questions to Enemalta.