Amid continued anger over the Central Link road upgrade, Infrastructure Malta released a series of images on social media outlining claims over the controversial project’s benefits, under the slogan: #FactsCount.

Times of Malta compared the roadworks agency’s Facebook blitz with facts from the approved plans and the Environmental Impact Assessment (EIA) commissioned for the project.

The current Central Link project will take up 49,000 square metres of agricultural land, around the size of seven standard football pitches.

Plans in 2006, part of the Central Malta Local Plan, did indeed envisage a larger take-up of agricultural land, but the 57% figure refers only to part of the project, specifically to a planned bypass outside Attard.

This new two-lane bypass will take up 19,001 square metres of agricultural land under the current plans, compared to 43,763 square metres under the four-lane 2006 plans.

The claim of having spared 20 football pitches - around 140,000 square metres, three times the amount to be taken up by the entire project - is a wild exaggeration. 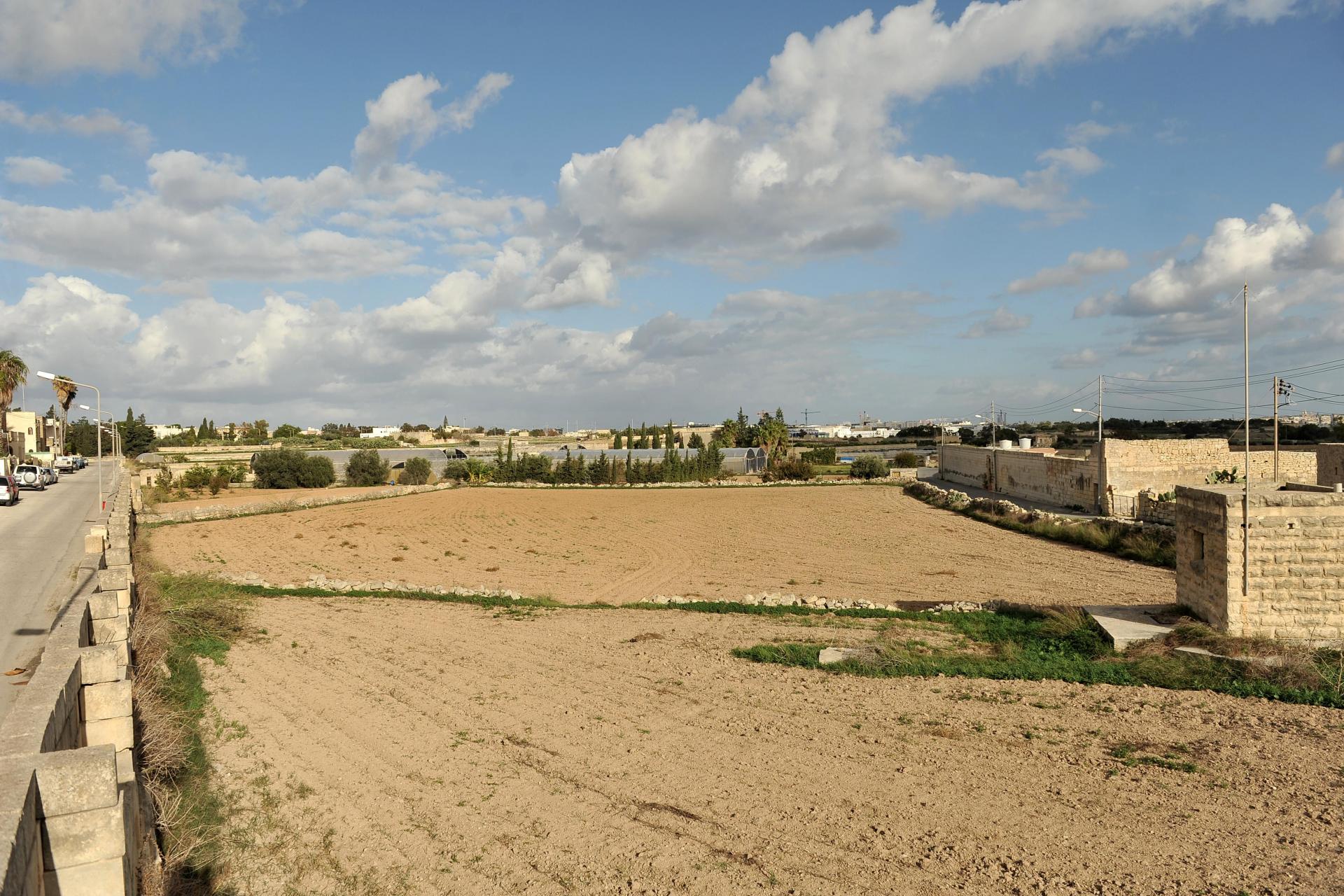 The approved Central Link will take up less agricultural land for a new bypass outside Attard - but will not spare 20 football pitches. Photo: Chris Sant Fournier.

Reality: Fewer emissions than without the project, but still more than they are now

According to the EIA, particulate matter (PM1o) emissions from traffic will be 42% lower in 2030 and 60% lower in 2045 with the project than without it.

But these are not reductions over current levels: because of the predicted addition of tens of thousands of cars, emissions in 2030 and 2045 are actually projected to be marginally higher than they are now, even with the project.

The current level of emissions in the area exceeds threshold limits, and this will continue to be the case even after the project is implemented.

Reality: Travel times will eventually increase marginally, unless car use is cut

The EIA found that travel times will be reduced once the project is completed, but that gains will be effectively nullified within a decade.

That said, the EIA found that without the project, peak morning travel times in the area would increase nearly three times over by 2030, and more than eight times over by 2045. 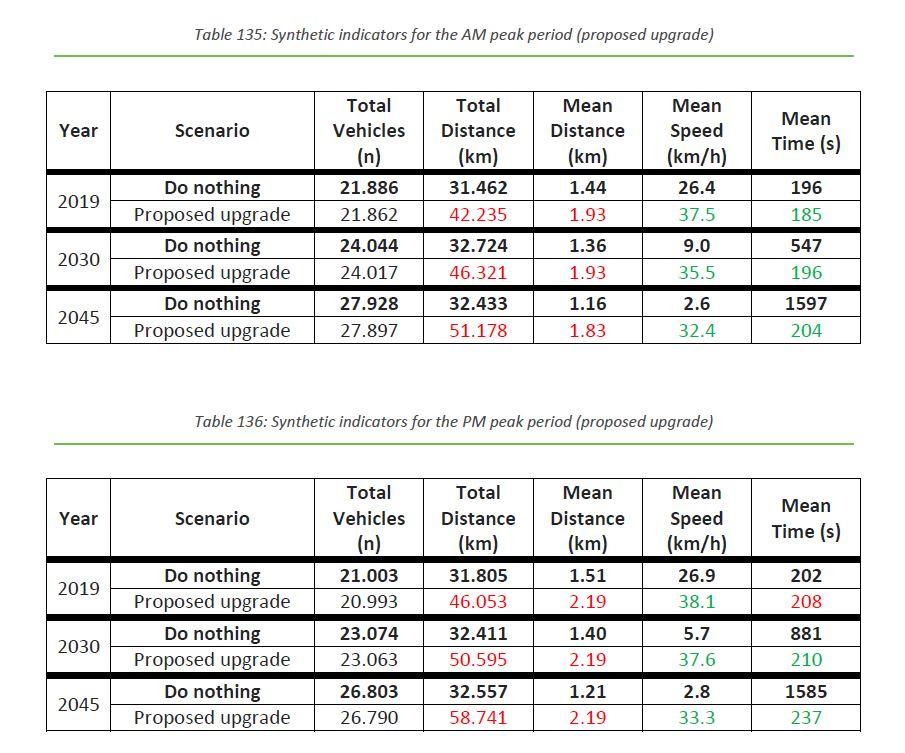 Travel times with and without the project. Source: Environmental Impact Assessment

But as with emissions, travel times will not be reduced below 2019 levels, and will in fact increase marginally, unless other measures are taken to drastically reduce car use.

The EIA states: “With a present rate of 33 new cars being introduced on Maltese roads every day, the capacity of the upgraded roads will eventually be reached unless the availability and use of alternative/public modes of transport is amplified.” 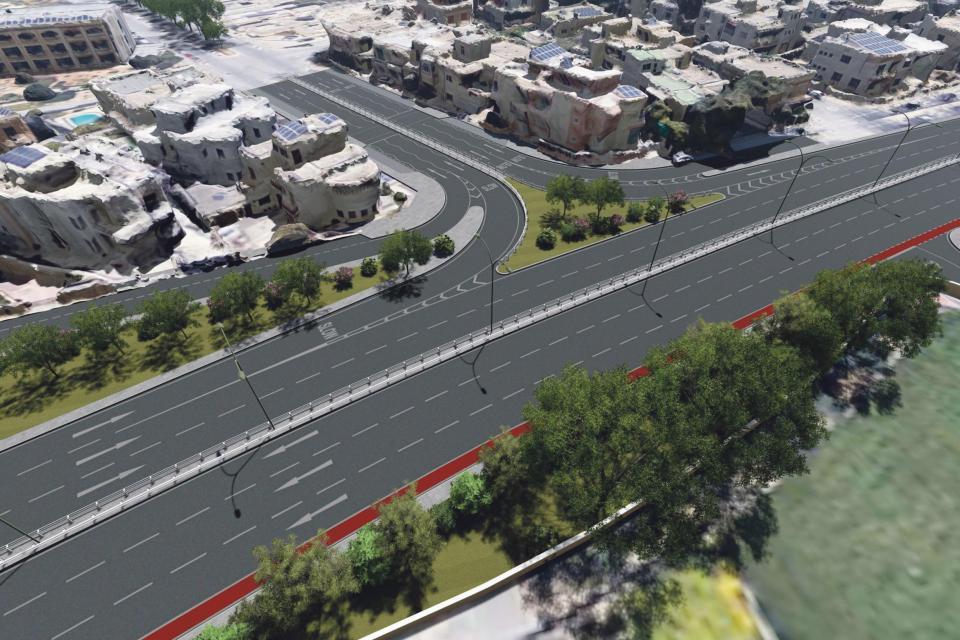 Rendering of part of the Central Link project close to Attard.

Reality: Yes, but others are set to be uprooted

Infrastructure Malta said the Aleppo pine trees along between Saqqajja Hill and the Our Lady of Victories Chapel would not be uprooted.

This is true, although the EIA noted that 110 other Aleppo pines are set for uprooting elsewhere along the route.

Authorities have managed to reduce that number even further through revisions to Central Link plans introduced after the EIA was published. Activists believe 44 Aleppo Pine trees are now set to be removed.

The overwhelming majority of the trees that will be uprooted are in the long stretch between the small Our Lady of Victories chapel in Attard and the Malta Financial Services Authority (MFSA) building at the edge of Mrieħel.

Practically all the trees along the centre-strip and at the San Anton Gardens junction will be uprooted, with most earmarked for transplantation.

Further clusters are set to go close to Mount Carmel Hospital and the Environmental Landscapes Consortium centre in Attard, and further along close to the chapel. 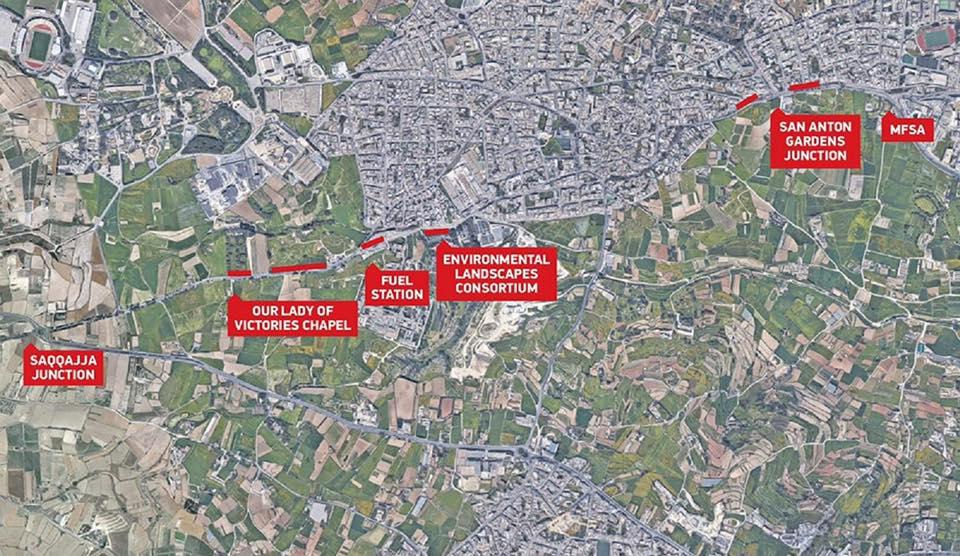 Areas where clusters of trees are set for uprooting. The Aleppo pines closest to Saqqajja will be spared. Graphic: Times of Malta.

Claim 5: “Central Link Project is adding 285 more trees than there are today”

Reality: Government is planting the absolute minimum number of trees it has to

According to the permit, 549 trees are set for uprooting and a further 237 for transplanting, although Infrastructure Malta has said it is trying to reduce the uprooting further to around 440 trees.

By way of compensation, the government is planting 766 trees, including 130 Aleppo pines and 84 olive trees.

The trees to be planted. Source: Environmental Impact Assessment

That number is the absolute minimum indicated in the EIA and less than half the 1,649 trees which Environment and Resources Authority (ERA) regulations demand.

The EIA said that the government could make up for the shortfall by paying €500 for every tree below the 1,649 that it fails to plant.

Infrastructure Malta has said the trees to be planted will have to be at least three metres tall, and that the contractor will have to ensure the trees are maintained for five years.

The EIA nevertheless states that the impact of the uprooting will be “significant, permanent and adverse”.

“Most of the tree species that will be uprooted have established a cohesive long-term ecosystem, in some cases even older than 50 years of age,” the study notes. “Such trees provide a substratum, shelter and various forms of food resources for a variety of animal and non-animal species.”

Want to know more about the Central Link project and its impact? Read the Environmental Impact Assessment in full. 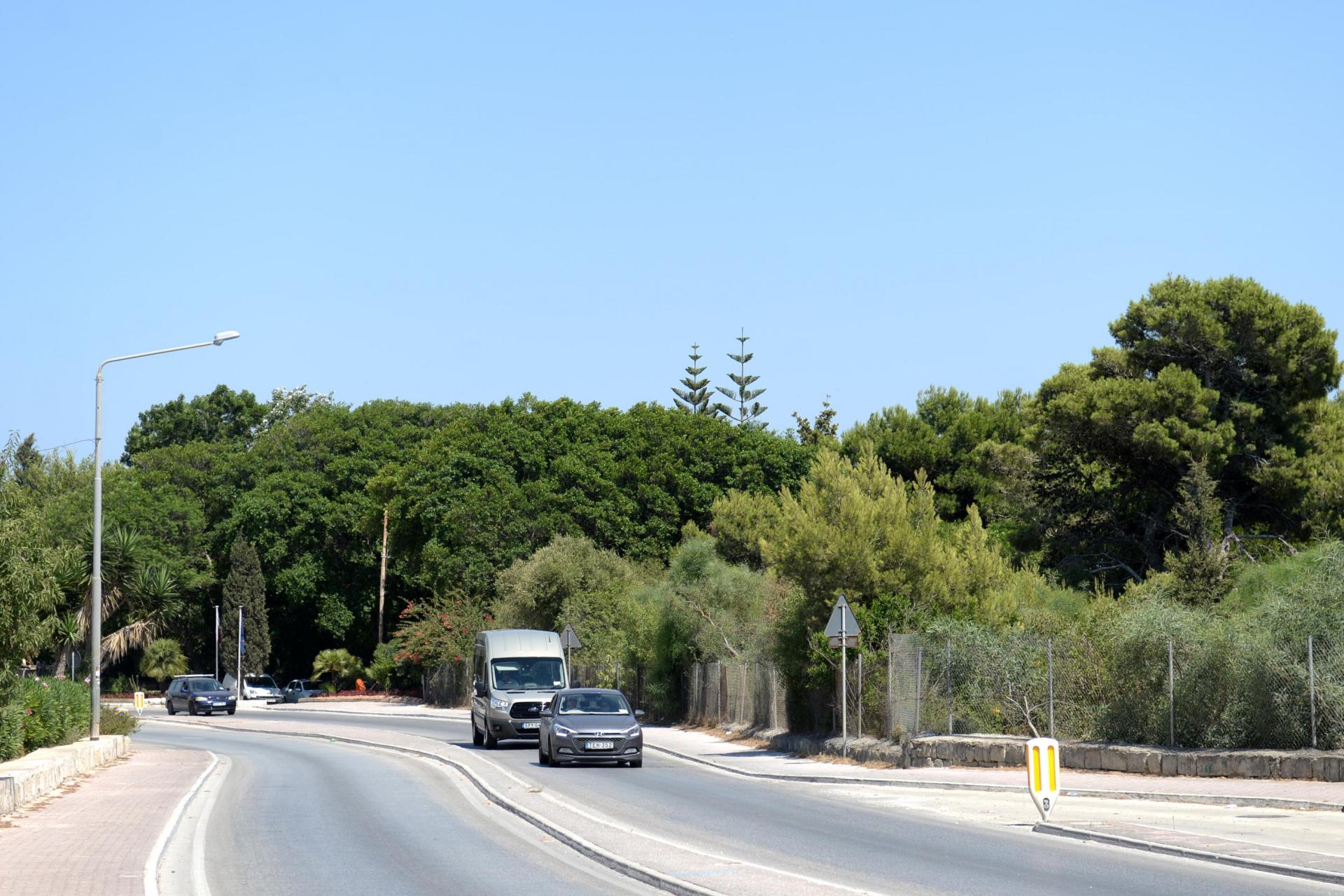 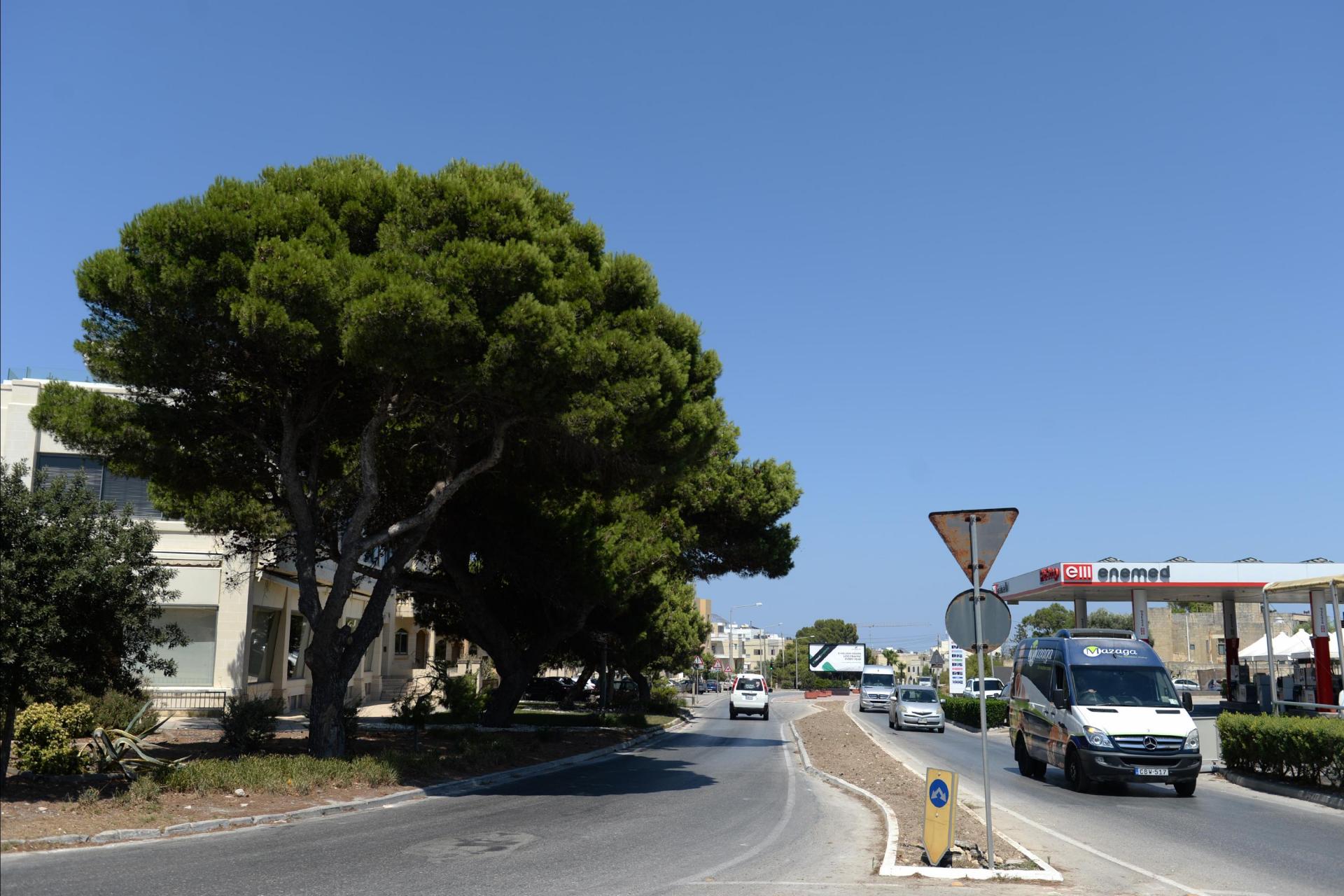 Trees on the junction by the Attard fuel station are among those to be uprooted or transplanted. Photo: Matthew Mirabelli. 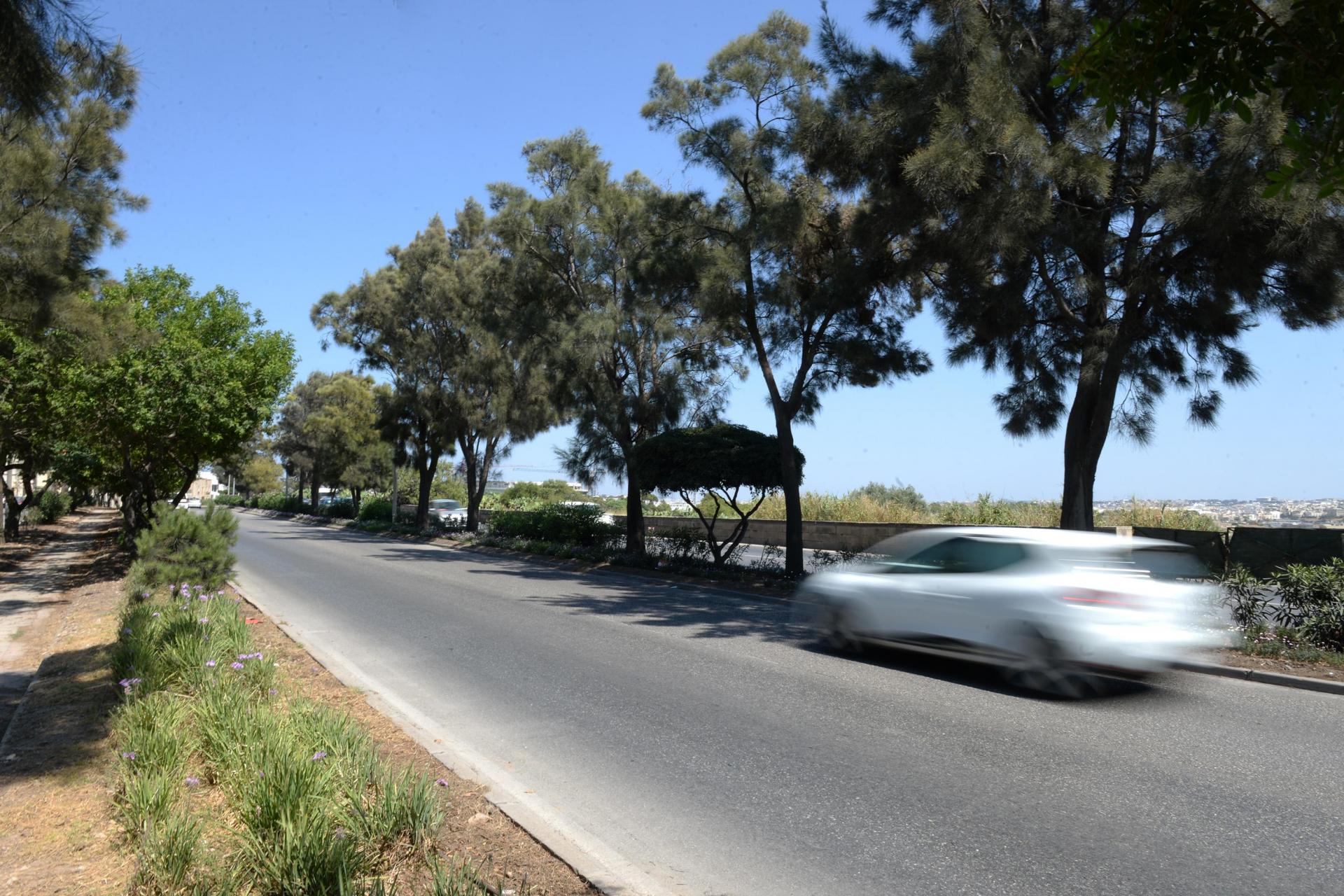 Most of the trees along the centre-strip between Mrieħel and the Attard cemetery are earmarked for transplantation.Photo: Matthew Mirabelli. 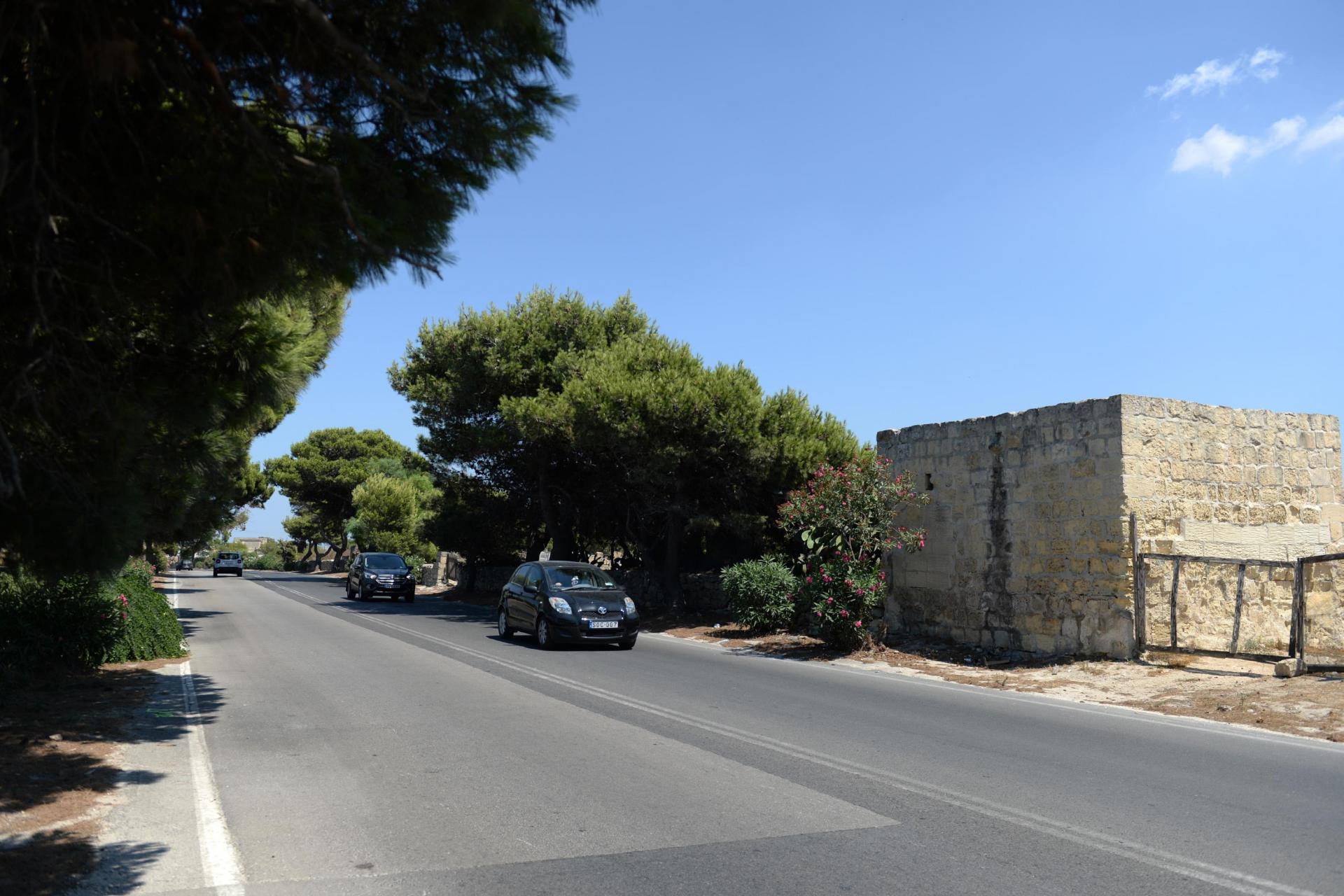 Trees close to the Our Lady of Victory chapels are set for uprooting. Photo: Matthew Mirabelli.