The government said early on Tuesday it was withdrawing a motion for the appointment of former minister Konrad Mizzi as head of the Maltese delegation of the Organisation for Security and Cooperation in Europe, amid widespread anger.

On Monday, the government named Dr Mizzi as the head of Malta's parliamentary delegation to the OSCE.

It also said it had requested legal advice on the validity of a consultancy contract he was given in 2019 by the Maltese Tourism Authority in December.

On the same day, Times of Malta said it had seen the contract engaging Dr Mizzi as a consultant only two weeks after he resigned from Tourism Minister.

He is to be paid €6,700 per month, exclusive of VAT (€80,400 annually), plus a fully-expensed executive-level car and driver, which Dr Mizzi may opt to replace by a lump sum of €11,400 annually. The agreement was signed by Malta Tourism Authority CEO CEO Johann Buttigieg. 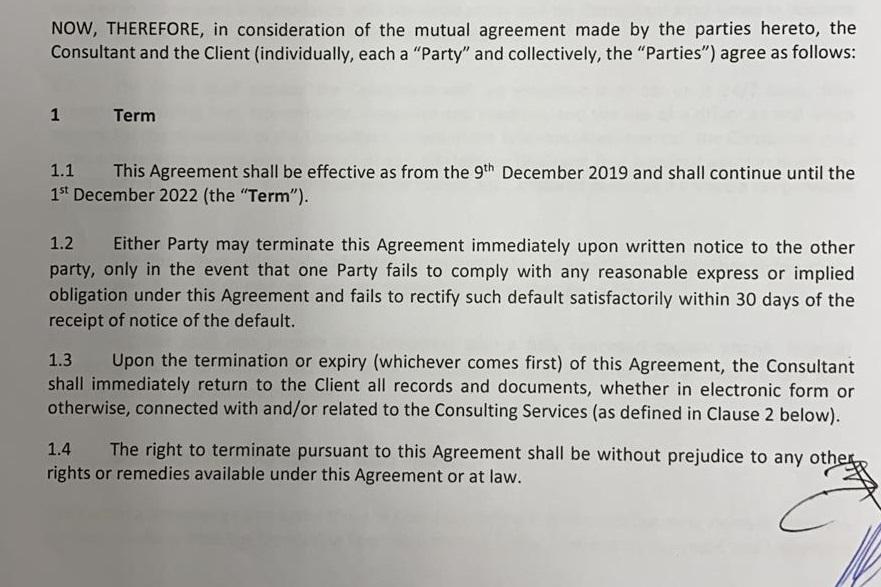 The nomination sparked anger among the Opposition and civil society activists, who immediately called a protest outside parliament on Wednesday evening.

"Fly in from whatever country you're in," he urged people overseas.

Dr Mizzi resigned on November 26 after being linked to Yorgen Fenech, the businessman who was later accused of being an accomplice in the murder of Daphne Caruana Galizia.

Mr Fenech was also the owner of secret Dubai company, 17 Black, which was mentioned in e-mails as being the vehicle to be used for the transfer of funds to a secret company registered in Panama by Dr Mizzi.

Dr Mizzi has always denied any link with Mr Fenech or 17 Black.

In a statement, the government said Prime Minister Robert Abela is to continue showing that this government is giving "absolute priority to good governance" for the country to be in a position to effectively implement its work abroad.

In a tweet, Opposition leader Adrian Delia said Dr Abela was honest with one thing: "Continuity... Placating criminals to adhere to devil's pact."

The government formally withdrew the motion to nominate Dr Mizzi as head of Malta's parliamentary delegation to the OSCE at the start of parliamentary business on Tuesday afternoon.

Home Affairs Minister Byron Camilleri moved that the motion be withdrawn but gave no explanation when questioned by the opposition.

He said new Labour MP Jean-Claude Micallef will be nominated to the delegation instead.