Music is how Destiny Chukunyere speaks her mind, whether it's about empowerment or racism. She shared her thoughts with Claudia Calleja.

She has been described by bookmakers as “a powerhouse”. We read that she is “destined for greatness”. But beneath these labels there is an 18-year-old woman who, like many her age, faces insecurities.

The difference is that Destiny is determined to stand up and fight them off: for herself and others. And she is doing this note by note, through her music.

This, she says, is the fuel behind her Eurovision Song Contest entry Je Me Casse, which is French slang for “I’m out of here”.

Put simply, this girl won’t just stand there and take it.

I can clearly recall my father getting ‘bullied’ on and off the pitch just because he is black. It used to break my heart

“I have every reason, in terms of community pressure, to feel insecure. In a society where size zero reigns, I am saying: Je Me Casse... In a society where bi-racial people are considered unusual, I say: Je Me Casse. To me, empowerment is not a word or a gimmick for the sake of a story, it’s a lifestyle. That is why the song rings so true,” she says.

Over the past few days, her body image has come under scrutiny after her first dress rehearsal caused a social media stir because of the short, neon pink outfit that she wore.

Destiny’s response was defiant and confident: “I feel beautiful.”

She was born on August, 29, 2002, to a Maltese mother, Alexia, and Nigerian father, Ndubisi. She has two younger siblings: Melody and Isaiah.

She feels blessed about her bi-racial origins and feels very much in touch with both sides of herself.

“I have been blessed to be brought up by two people who came from totally different backgrounds and different cultures. I see it as an advantage, as a beautiful thing. This made me the person I am today and for that I am grateful.”

Nigeria is proud of her too. Destiny’s father comes from the Igbo tribe and, in 2016, the Igbo Development Union in Malta presented her with a recognition award for winning the Junior Eurovision in 2015.

Having a black father – well known Nigerian former footballer Ndubisi Chukunyere – means that her family is no stranger to racism. Her father was at times insulted by supporters of opposing teams because of his skin colour.

“Racism was and, unfortunately, is still present. I can clearly recall my father, one of the best footballers of all time in Malta, getting ‘bullied’ on and off the pitch just because he is black. It used to break my heart but I have yet to find someone as resilient as my father.

“He used to stay quiet and do the talking where it mattered, on the pitch. The same thing I do when I face racism: I will do the talking on stage and through my art.”

Ever since she can remember, music was an integral part of Destiny’s life. It’s even in her name. She recently learnt that she was named after a song her mother heard while pregnant with her on a trip to Nigeria. 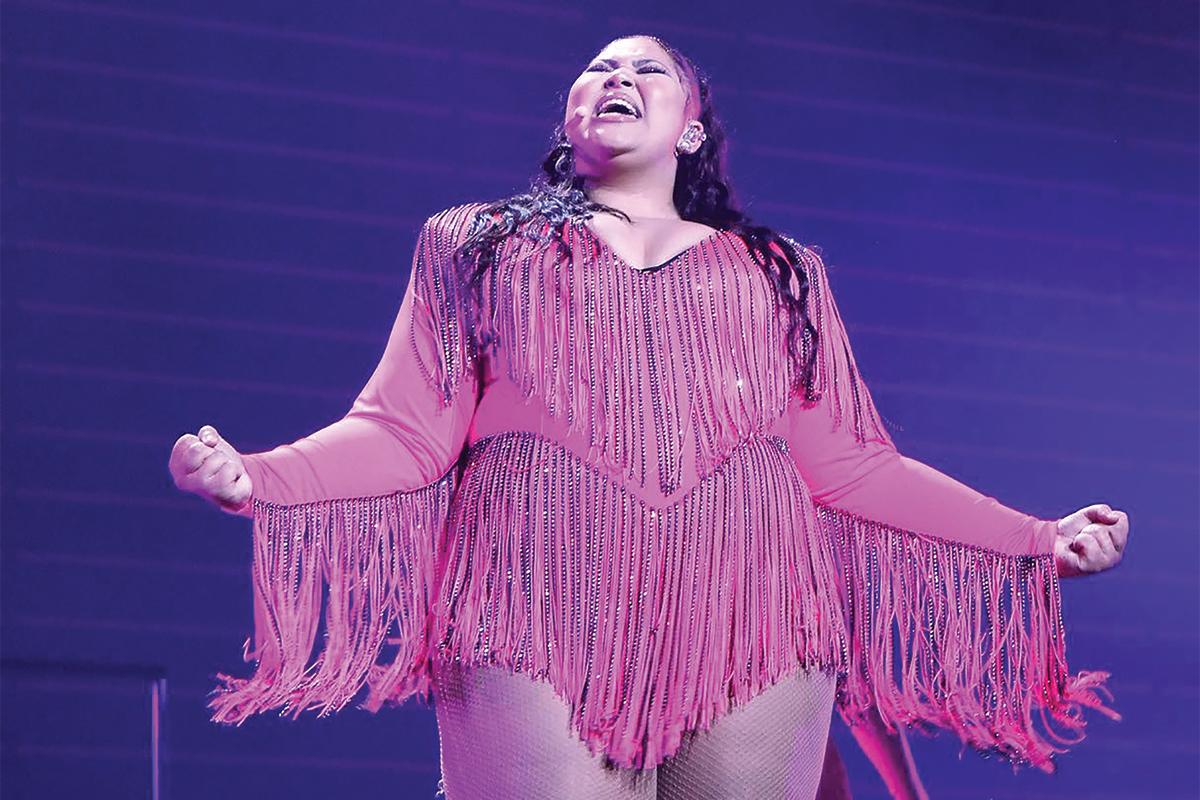 “Music is my passion… It gives me a sense of liberty that no other thing in life gives me. For as long as I can remember I knew that music was my thing and that I wanted to pursue a career in music.

“My family even recalls moments when I was very young where I would stand in front of the TV and imitate the artists I would watch carefully and then start singing. Aretha Franklin is definitely one of my top inspirations and when I saw her clips that was the moment I knew this was my path.”

She must be doing a great job. Her soul voice has been likened to that of Aretha Franklin and Lizzo. While flattered, Destiny is determined to carve out her own name for herself.

She’s on the right track. She won the Junior Eurovision Song Contest in 2015, placed sixth in the second semi-final of Britain’s Got Talent in 2017 and then won the second season of the Maltese version of The X Factor.

That got her chosen to represent Malta in the 2020 Eurovision Song Contest. That was cancelled due to the pandemic. “I’m a positive thinker and every cloud has a silver lining.

COVID, in a strange way, was a blessing. I got to spend time with my family. It was truly an enjoyable period. I also got the chance to continue to train, rehearse and improve my song-writing skills.

“The period between the 2020 cancellation and the day when we got to know that Eurovision 2021 would take place was a tough one but from the moment we chose the song I have been blessed to be surrounded by some of the most talented people we have in the industry. I am so happy to share this experience with them and they do make this experience one that I will never forget.” 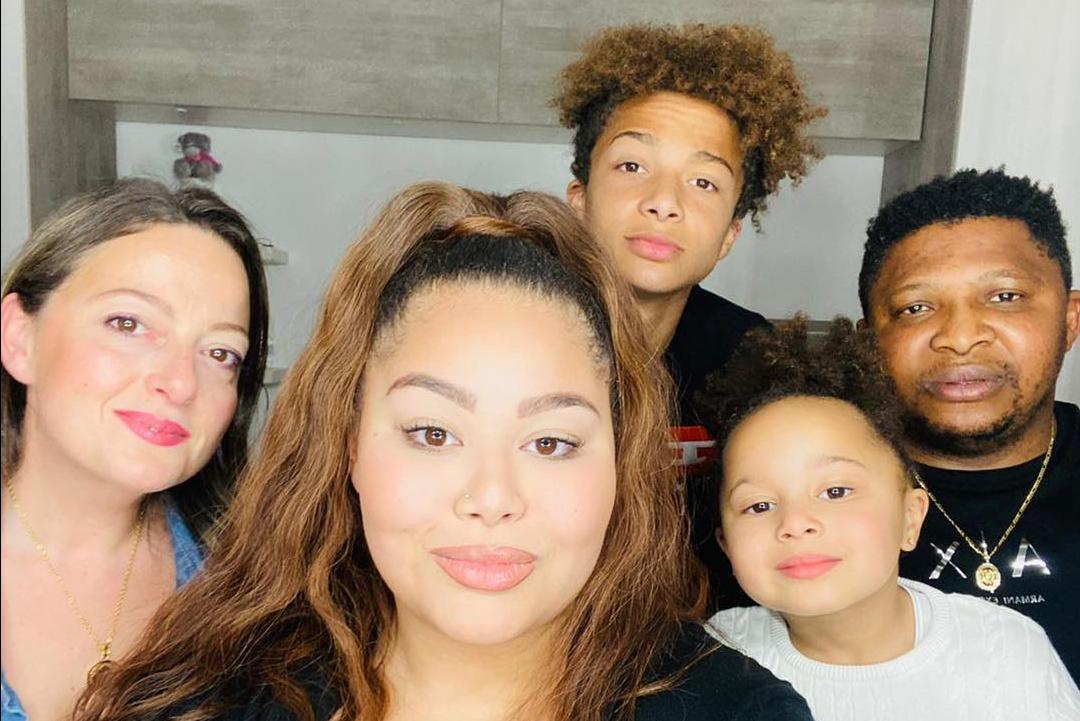 Destiny with her family: her mother Alexia and father Ndubisi and siblings Isaiah and Melody Photo: Facebook

Before heading off to Rotterdam to represent Malta this year she signed a record deal with music industry giant Sony Music for her song Je Me Casse.

She is living her dream. As she sees it, “it’s now time to keep pushing, improve myself, surround myself with my great professional team who constantly helps me achieve new goals”.

And she’s determined not to let anything stand in her way. Not even herself.

Asked who her biggest competitor is, she says: “I’ve been told that in most cases it’s the artist who stands in the way of one’s own success. So using that analogy I’d say it’s myself or any negative thoughts that are allowed to dictate who we are. Unfortunately, this ends up being toxic in one’s life and it’s up the artist to bounce it off.”

This is a message she wants to share: one of empowerment of women in the face of society’s expectations of “the weaker sex”.

“The message is, of course, to all women out there who are struggling and finding it difficult to rise to the occasion and make their dreams come true.”

Destiny goes into Saturday’s final of the Eurovision Song Contest as second favourite to win, according to betting sites on Thursday. Italy remains the favourite.

Her press conference on Tuesday night revealed she will performing in the first half of the final.

The singer was asked about her reaction to the criticism of what she had worn in her first rehearsal.

“You know what, to answer this question I need to stand up,” Destiny, who was wrapped in a Maltese flag, said as she got on her feet.

“I need to stand up because my song (Je Me Casse) is all about female empowerment, to all those beautiful women out there feeling empowered and feeling strong! This is my life story but, you know what, it’s about me but it’s not just about me. It’s about me, it’s about you and it’s about us.”

Her comments received applause from those in the press room and her dancers, who also stood up alongside Destiny.

“Last week, I honestly lost count of the hate comments our artist got which were mostly triggered by our fellow locals. This was not the issue for me but I found it odd that in most cases they were hiding behind numerous arguments diverting from the real issue which was bothering them in the first place.”

He continued to applaud her reply during the press conference.

“It’s not just what you said but how you said it. That’s star quality right there but it doesn’t stop there, I also experience it in the recording studio and every time you go on that live stage as you will do next Saturday!”

“Oh my god, I’ve discovered this girl called Destiny and she’s got an incredible song you need to check it out,” Cascada, a former Eurovision contestant herself, told her Instagram followers.

“Her voice is incredible and she should win this contest,” she said.