Former Nationalist candidate Frank Psaila was promised a job at Tumas Group if his bid for a seat in the European Parliament failed, Times of Malta is informed.

Then Tumas CEO Yorgen Fenech made the pledge to Psaila in a June 2018 meeting, according to exchanges between the pair.

Psaila was widely seen within political circles as the most likely candidate to dethrone incumbent David Casa, who dedicated much of 2018 and 2019 calling for proper investigations into journalist Daphne Caruana Galizia’s murder and the high-level corruption she was on to. 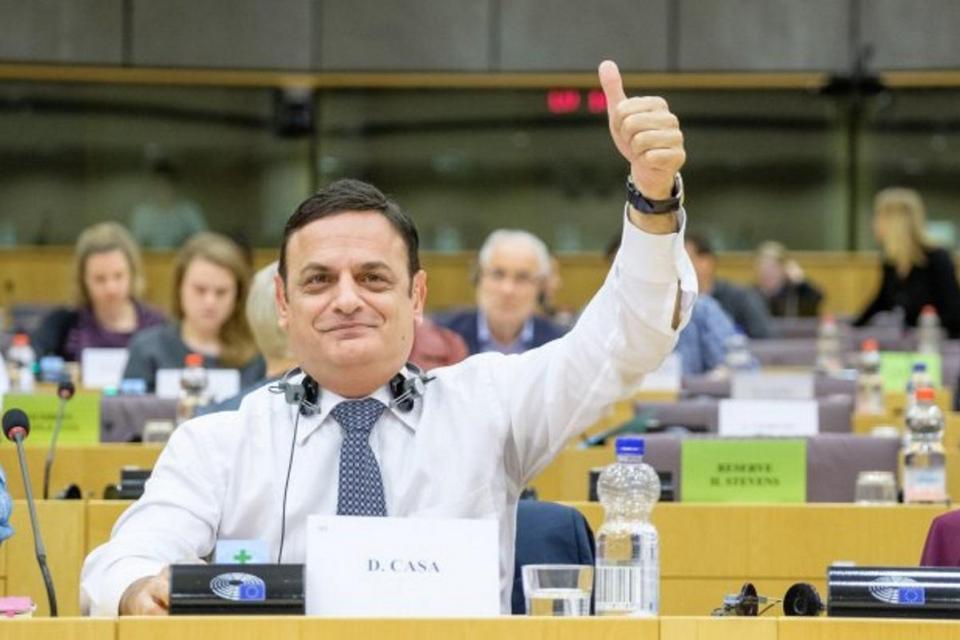 Fenech stands accused of complicity in the journalist’s murder, a charge he denies.

Just one month prior to the meeting between Fenech and Psaila, Casa had written to the United Arab Emirates’ anti-money laundering unit demanding an investigation into “clear criminal activity” involving the company 17 Black.

At that stage, Fenech had not yet been publicly unmasked as the owner of 17 Black.

A magisterial inquiry is under way into allegations Fenech offered the PN’s leadership at the time €50,000 if Casa was not re-elected to the European Parliament in 2019.

While it is widely acknowledged within the party that Casa was side-lined during the election campaign, Delia’s successor Bernard Grech in February refused to commit to an internal investigation into the matter.

Casa ended up going head-to head with Psaila in the final counts for the second PN seat, which the incumbent ultimately won.

Four months later, Psaila accepted to meet Fenech and “go ahead” with signing a contract to become Tumas Group’s legal and HR manager.

Contacted for comment, Psaila said he was first introduced to Tumas Group in 2015 by a PN employee, over advertising for his NET TV programme Iswed fuq l-Abjad.

Psaila says he halted the advertising after the 17 Black revelations.

He said he was first offered a job by Tumas Group in June 2018 but turned it down because he had already decided to contest the European Parliament elections.

After the election, Psaila said the Tumas job offer was one of a number he received. 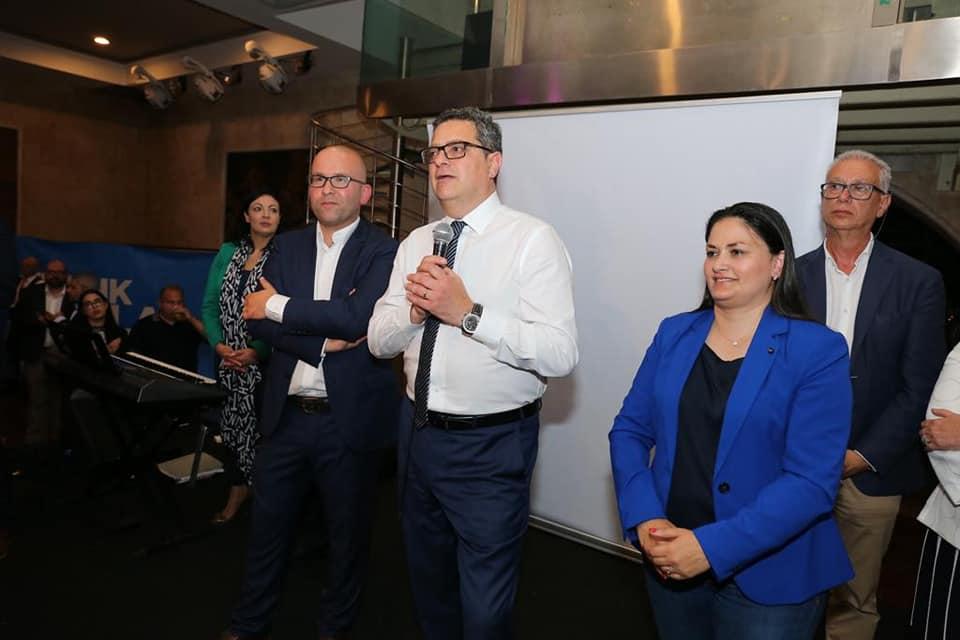 Frank Psaila (left) with PN leader Adrian Delia at a May 2019 campaign event.

“The draft job contract was sent to me by the then CEO of the company, Yorgen Fenech. I told Mr Fenech that I'll have a look at the contract, then see how to proceed.

“My final decision was to turn down the job offer. I informed the chairman of the Tumas Group of my decision. This was before the eventual arrest of Yorgen Fenech”, Psaila said.

Psaila said he was “not aware” Fenech backed his bid for an MEP seat.

“Simply because there may have been allegations that he wasn’t backing a particular candidate, does not mean he backed the rest or any one of us.

“This is an unjust and unproved assumption that does not do justice to persons contesting elections and who give their contribution to political life,” Psaila said.

Fenech’s overtures towards Psaila appear to have formed part of a wider network of contact the 17 Black owner had within the opposition party.

A few days after Fenech was outed as 17 Black’s owner in November 2018, the Tumas magnate e-mailed Delia thanking him for his “measured comments” on the matter.

The then PN leader had held a press conference in reaction to the 17 Black revelations, during which he avoided referring to Fenech by name or attributing any wrongdoing to the businessman.

In the e-mail, Fenech railed against “baseless, vicious and extremely dangerous” comments by Casa linking him to Caruana Galizia’s assassination.

Sources say Portelli was copied into the same e-mail. 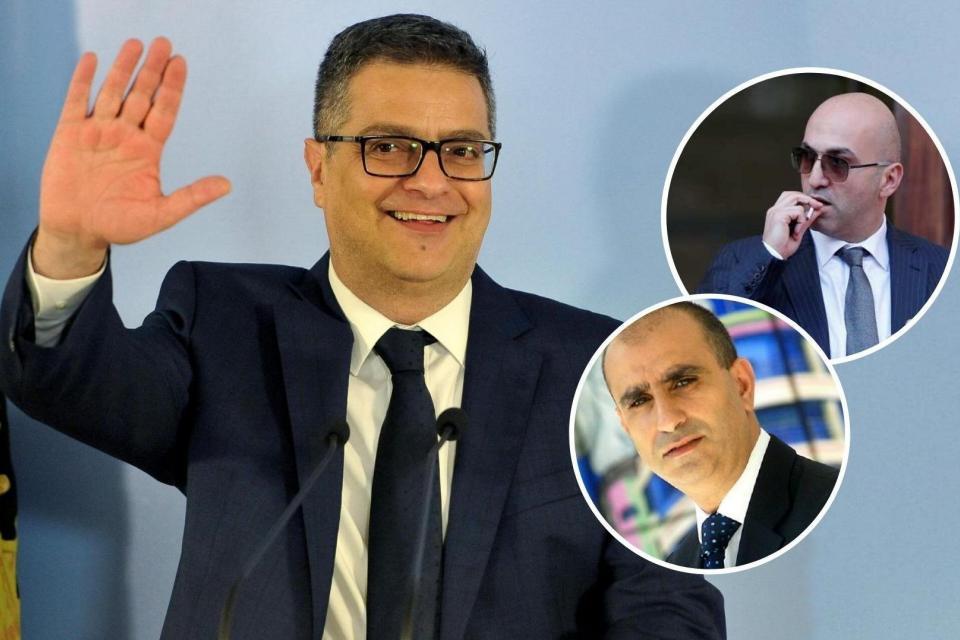 Portelli would later conspire with Fenech to leak stories against dissenters to Delia’s leadership.

Fenech would in turn pass on the stories Portelli wanted leaked to then OPM chief of staff Keith Schembri, so he could plant them in Labour-leaning media.

According to Lovin Malta, Schembri assured Fenech that so long as he remained in power, no one would be able to touch Delia.

Fenech sent a screenshot to Portelli of the message containing Schembri’s assurance that Delia would be protected.

“I am trusting you like my brother,” Fenech told Portelli.

Sources say that in January 2019, Schembri sent Fenech a screenshot featuring messages he indicated were sent by a “Sciavone”. [sic]

In the exchange, “Sciavone” welcomed news that an inquiry into 17 Black and the Panama Papers requested by Busuttil had been rejected, as this would further strengthen Delia.

Sources say the screenshot sent by Schembri to Fenech did not show who the parties in the “Sciavone” exchange were.

Contacted by Times of Malta, PN MP Herman Schiavone, at the time a Delia ally, said he never met or had a relationship with Schembri.

“I never had a relationship with him and do not recall any [message] exchanges, and that is the truth,” Schiavone said. 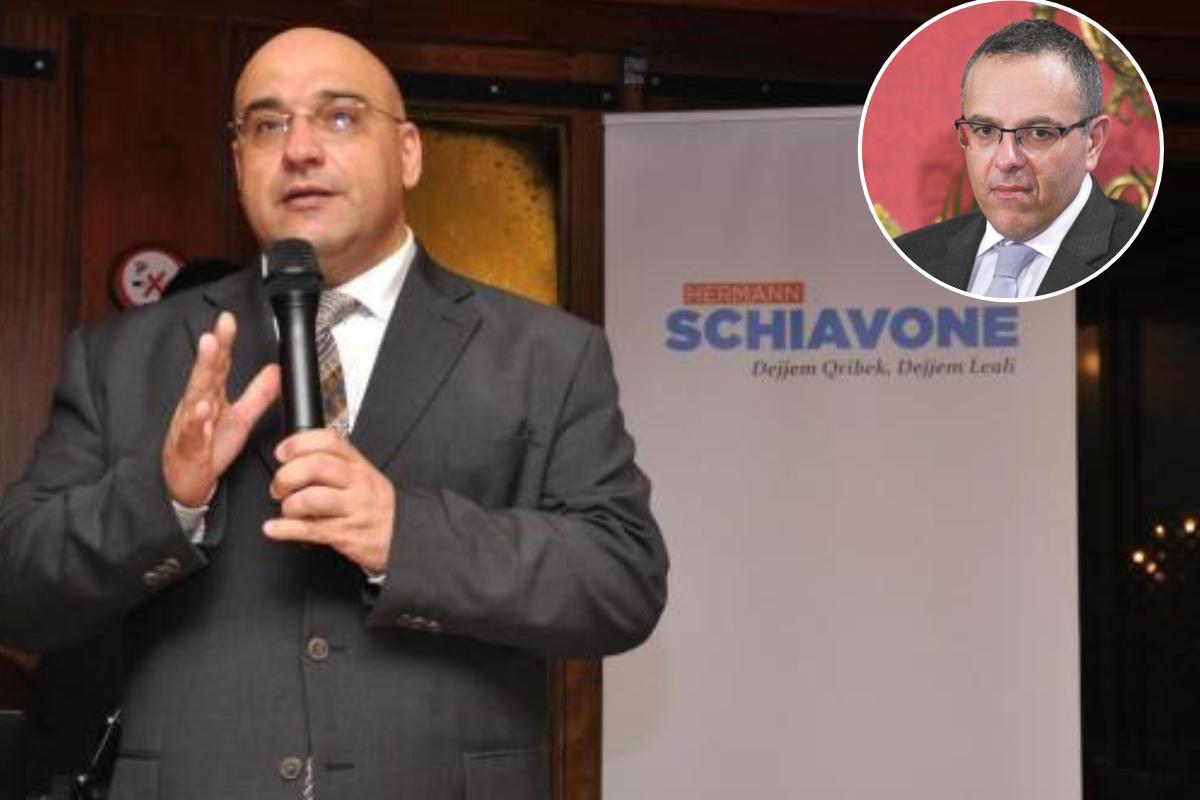 Hermann Schiavone says he does not recall any exchanges with Keith Schembri.

Schiavone would land himself in hot water in April 2019 over a meeting he had with Fenech.

The PN MP had asked the 17 Black owner for somewhere “discreet” where they could meet.

Fellow MP Kristy Debono had accompanied him to the meeting.

Schiavone had suspended himself from the PN’s parliamentary group as a result, later being cleared of wrongdoing by an internal ethics board.

In his exchanges with Fenech, Schiavone had asked if the business magnate’s cousin Silvan was still part of the Tumas Group.

Schiavone told Fenech he was asking because that very day, Silvan Fenech had a development application in Birżebbuġa up for a vote before the planning board.

Questioned by Times of Malta why he was asking Yorgen Fenech about Silvan Fenech in the context of the PA board meeting, Schiavone said he could not recall any such exchange.

“However, what I can tell you is that I always look and discuss the impact of any project within my district. I remember discussing this project with Hon Marthese Portelli who at the time was the Opposition spokesperson for the PA and I believe was also a member of the PA board", Schiavone said.

Portelli together with nine other PA board members voted in favour of an application by a business partner of Silvan Fenech for a 200-apartment residential complex in Birżebbuġa.