An illegal concrete batching plant assembled over the past months without any permit in a quarry in Gozo is now in full operation in open defiance of an enforcement order.

The owners of the massive San Lawrenz plant, headed by Gozitan construction magnate Joseph Portelli, were ordered by the Planning Authority to stop construction after Times of Malta revealed its existence in the summer.

But instead of following instructions to stop, work to build the plant continued and it is now connected to power and in full production mode.

Ivan Camilleri films illegal batching site in operation and is confronted by a worker on site.

After receiving information that the businessman ignored the PA’s orders, Times of Malta went on site and filmed the illegal operation in action.

Massive ready-mix trucks drove through the quaint village of Kerċem in broad daylight to the quarry, where they loaded fresh concrete produced by the illegal plant and left to supply the concrete mix to various ongoing development projects.

When on site, employees at the batching plant confronted Times of Malta and asked that filming be stopped.

A man, who declined to give his name, but identified himself as one of the owners of the plant, said that he had filed a police report for “trespassing on private land without authorisation”.

The land in question, including the quarry where the illegal operation is taking place, is public property owned by the Lands Authority and is also covered by a separate enforcement order for illegal quarrying.

When the ‘owner’ was asked whether the batching plant operation is covered by the necessary permits, he did not reply. 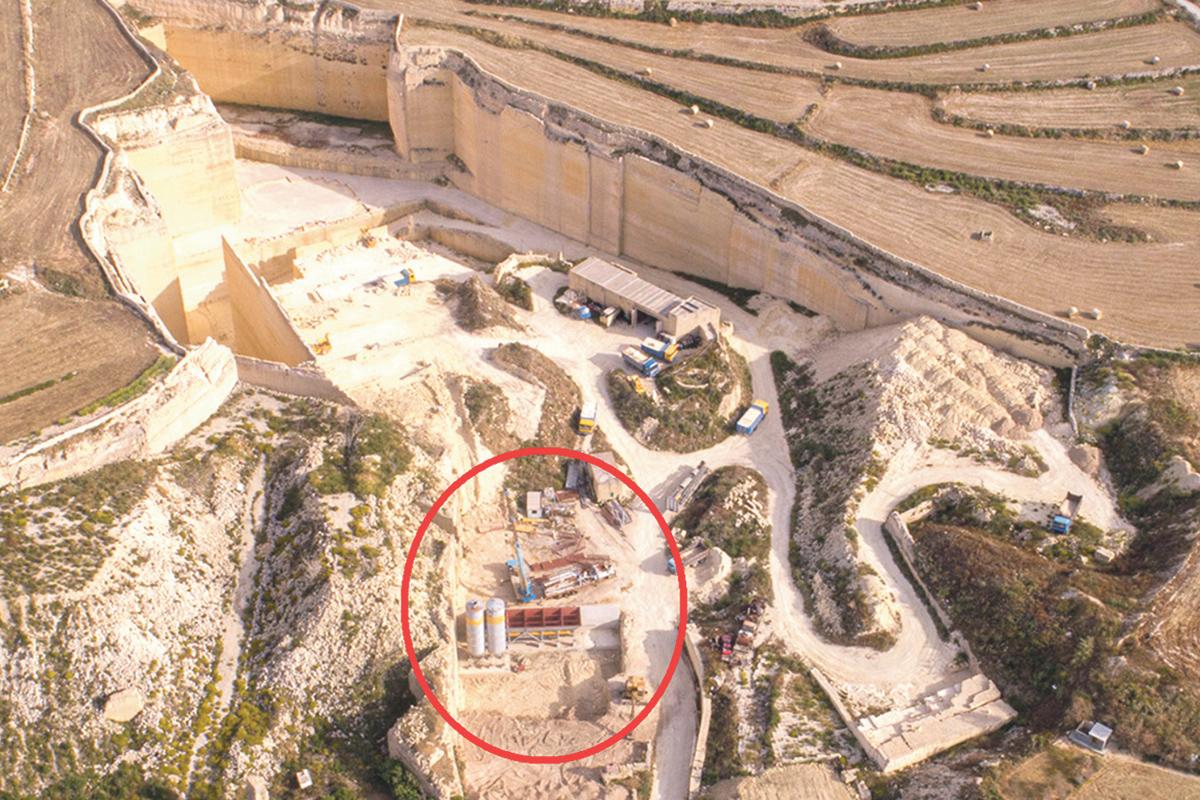 The illegal batching plant near Kerċem.

Contacted to explain why the company is blatantly defying the law with this illegal operation, a spokesman for J. Portelli Projects also declined to reply.

Pictures received from various Gozitan sources also show that the plant is being operated on a 24-hour basis.

The assembly of the illegal batching plant in the quarry known as Ta’ Qasam San Pawl has been ongoing since at least last May.

In June, Times of Malta reported the illicit operation and published aerial pictures showing the assembly of the second-hand plant, acquired from Sicily.

Parts of the plant, which include massive iron structures, were transported on Gozo Channel vessels.

The PA has said that it was only made aware of the illegal operation through the report.

It said inspections confirmed the illegal mounting of the batching facilities was ongoing and issued an enforcement order to stop works.

Despite various follow-up reports that the owners were continuing with the assembly of the plant, the PA said that “it was ensuring that no further works were carried out”.

The authority has failed to take direct action by, for example,  sealing off the plant. The plant is now in full operation.