When the late Prince Philip visited Malta’s Polo Club 15 years ago, he expressed surprise that the pitch had not yet been taken over by construction. 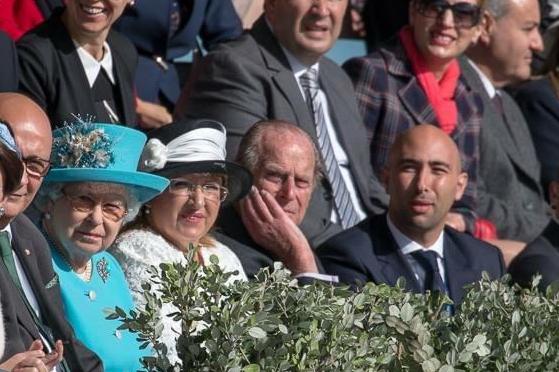 Jean Vella sitting to the left of Prince Philip when he visited the Malta Polo Club in 2015.

Polo was one of the Duke of Edinburgh’s many passions. He would often play the sport while stationed in Malta in the 1950s, said Vella, who also met Prince Philip in 2015.

And whenever he visited the island following Independence in 1964, he always made time for the club.

During one such visit, in 2005, then president of the club Anthony Farrugia met the Duke, who recounted happy memories of playing polo in Marsa and enquired about how the sport was doing at the time.

Vella said that during this conversation, Prince Philip quipped: “I’m surprised they haven’t built on the polo pitch yet”, presumably referring to the significant construction that had taken place in Malta since his previous visit. 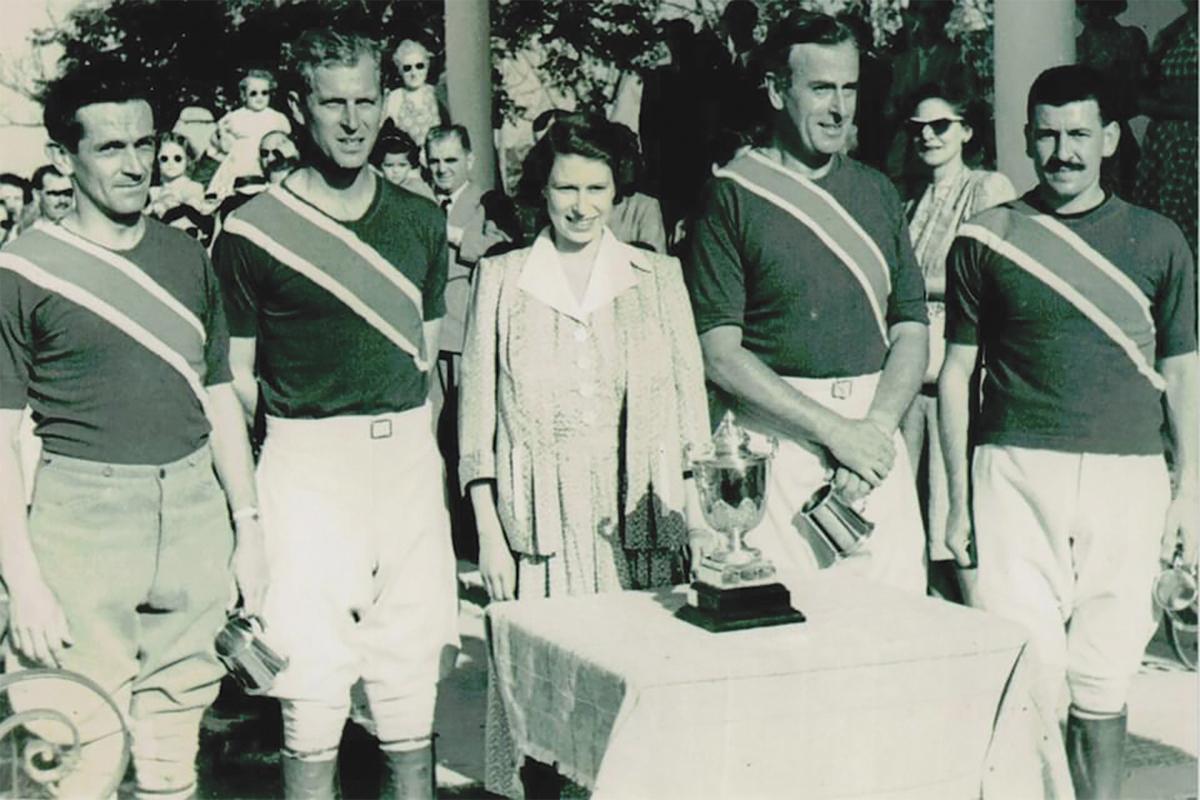 Queen Elizabeth and Prince Philip (second from left) during a visit to the polo club in the 1950s.

'The man who gets the blame for your mistakes'

One of the people who remember Prince Philip playing polo in the 1950s is Edgar Wadge, who later became financial secretary in the Ministry of Finance.

He met Prince Philip in person in May of 1992 during a state dinner.

“When President Tabone introduced me to the Queen as the Financial Secretary in the Ministry of Finance, Prince Philip told the prime minister impishly ‘So this is the man who gets the blame for your mistakes’.

“Fortunately, over the years, I was spared from such blame for the prime minister never made mistakes in the area of finance,” he told Times of Malta. 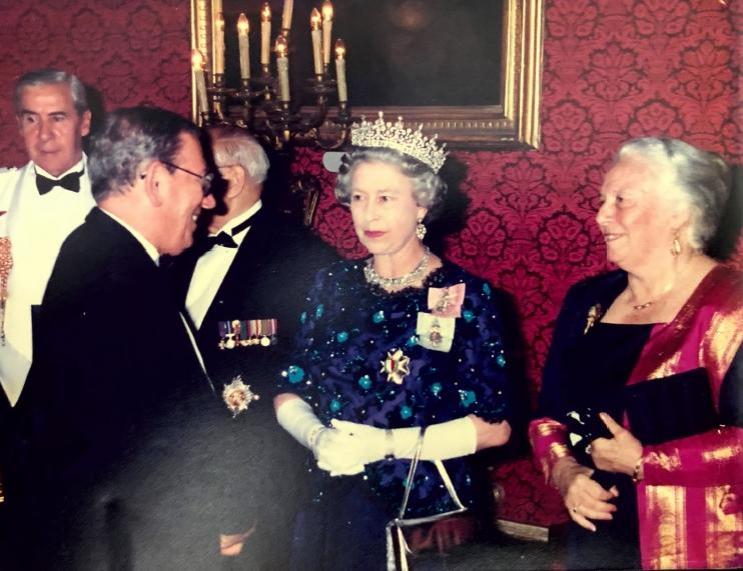 Edgar Wadge met Prince Philip in person in May of 1992 during a state dinner.

'I'll tell you a secret'

The Duke of Edinburgh, who died last week aged 99 and will be laid to rest tomorrow, will be remembered for his service to the crown but also for his inimitable quips.

Archbishop Charles Scicluna recalls meeting him during a service at the Anglican Pro-Cathedral in Valletta, when Prince Philip was accompanying Queen Elizabeth II for the Commonwealth Heads of Government Meeting.

"Canon Simon Godfrey, Dean of the Pro-Cathedral, introduced me to Prince Philip after the service.

“The Duke put his hand on my shoulder and whispered in his inimitable good-natured way with half a smile: ‘I will tell you a secret: you know, we are all Christians!’ To which I answered in the same vein: ‘Thank Goodness for that!’”, the archbishop recalls.

'We made the Duke wait on us'

Prince Philip will also be remembered for his down-to-earth attitude.

When World War II historian Simon Cusens met Prince Philip in his study at Buckingham Palace in 2003, he was warned not to take any photographs: that was the official photographer’s duty.

The last photo on the reel. Simon Cusens is seen on the right, while artist Edwin Galea is fourth from left.

He was meeting the Duke to gift him a numbered watercolour print by the renowned artist Edwin Galea, signed by nine war veterans who had met the previous year in Malta to mark 60 years since the Santa Marija Convoy.

“My father was carrying a camera with him and considering how at ease the Prince had made us feel, I dared ask him whether we could take a really quick photo.

“But it was not a quick photo at all. As soon as the Duke’s Equerry-in-waiting took the photo, the camera started rewinding the film as it was the very last photo!

"Knowing that the last photo on a roll never turns out well, after waiting for the film to rewind, my father scooped out a new 35mm film and replaced the roll in the camera. We had broken formalities and made the Duke wait on us, but he was very patient,” Cusens said.

Prince Philip seems to have been quite fond of Maltese artists. During the meeting with Cusens and Galea, he asked after Maltese sculptor Vincent Apap, as he proudly showed them a collection of humorous busts of British personalities gifted to him by the late artist. 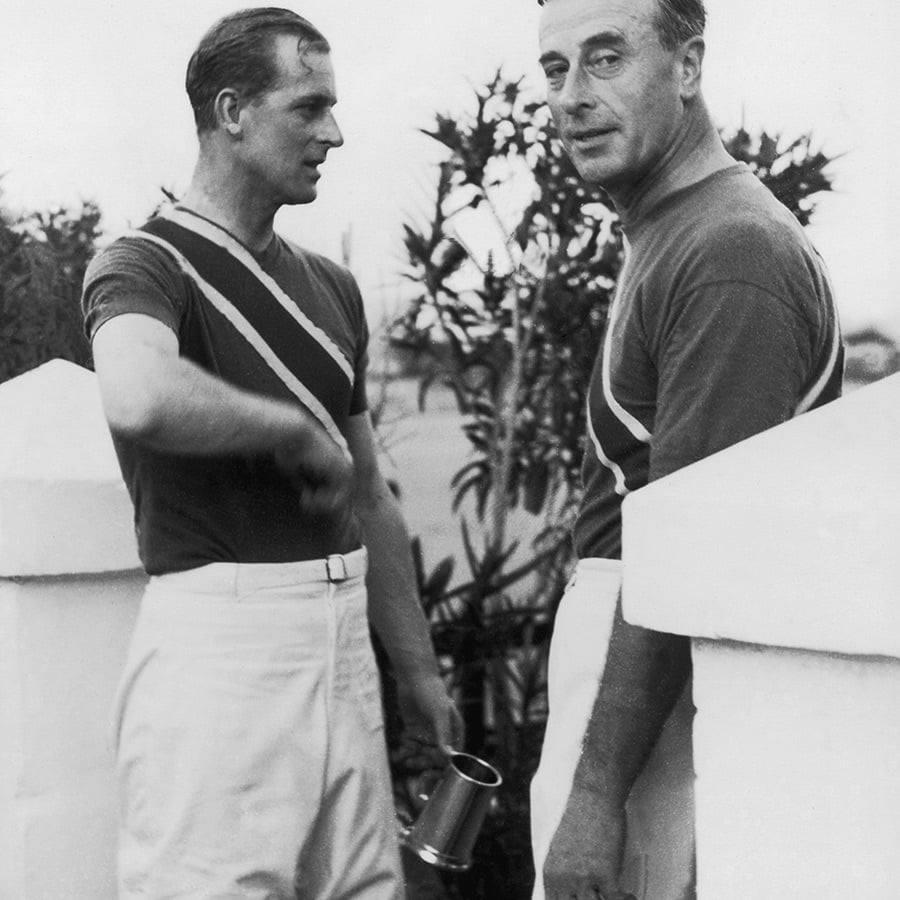 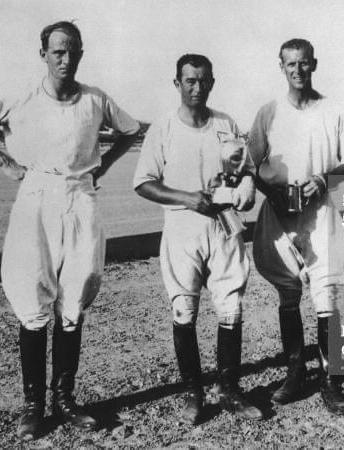