Former minister Konrad Mizzi declined to answer MP’s questions on Wednesday, walking out of a Public Accounts Committee hearing and then returning but stonewalling committee members.

Mizzi, an independent MP who served as a Labour minister, said he wanted a ruling from parliament's speaker before he would continue his testimony.

He first stormed out of the meeting with his lawyers in tow, before returning and replying to each question by saying that he would be "waiting for a ruling from the speaker" before replying.

The controversial politician was due to face questions from PAC members on Wednesday about the National Audit Office's report into the Electrogas power station deal that he piloted as minister.

Mizzi has been testifying before parliament’s Public Accounts Committee since the first week of November. He closed off his protracted opening statement at the start of Wednesday's hearing, setting the stage for MPs to finally start grilling the former minister.

His lawyer, former magistrate Karol Peralta, then interjected and told the committee that Mizzi would only be answering questions related to the NAO report into the Electrogas deal.

Committee chair and Opposition MP Beppe Fenech Adami led the questioning, asking Mizzi for background on how he had ended up in the Labour fold and ultimately in charge of its flagship project to build a gas-fired power station.

Mizzi said he had a longstanding interest in politics and had been approached by former Labour leader Joseph Muscat to begin taking an active role, writing pieces in local newspapers on a variety of subjects.

This, he said, was about five years prior to the 2013 election.

Fenech Adami asked how Mizzi had ended up being Labour’s front face on energy policy.

But Mizzi refused to entertain the question, saying it was not linked to the NAO report.

“This is not a fishing expedition,” Mizzi said.

He later said there was a party team.

The confrontation then reached a head after Fenech Adami said that Mizzi's "friends" had carried out the selection process that led to Electrogas being selected to build and run the power station.

Mizzi objected to that phrasing and said he wanted a ruling from the Speaker about the way he was being questioned. 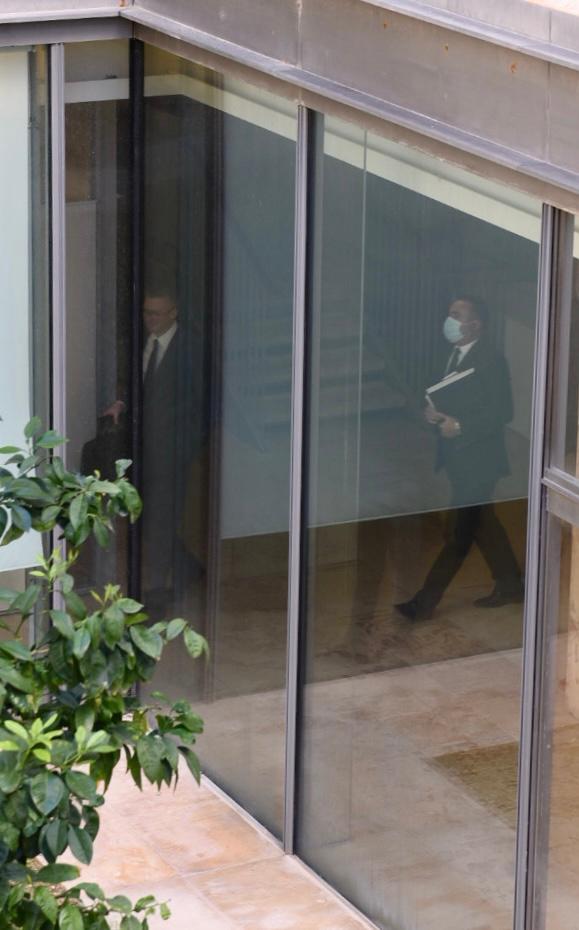 Mizzi, followed by one of his lawyers Jean Paul Sammut, after walking out of the committee meeting. Photo: Chris Sant Fournier

“They have said that I am going to prison, called me corrupt, and this is not on,” he said, as he accused Fenech Adami of being “judge, jury, and executioner”.

Opposition MP Karol Aquilina said rulings could be requested in parliament's plenary chamber. Government MPs, led by Labour whip Glenn Bedingfield, disagreed. Rulings could be sought in any forum of parliament, including committee sittings, they said.

The increasingly heated exchanges grew more and more inaudible, as the various sides spoke over each other.

Mizzi eventually walked out of the sitting, saying he would only return once the speaker handed down a ruling.

After Mizzi walked out,  opposition member Aquilina requested a vote be taken calling for Mizzi to be called back immediately and admonished for walking out.

The committee was then suspended after its members unanimously voted for parliamentary staff to locate Mizzi and bring him back to the sitting.

Meanwhile, moments later in parliament’s main chamber, Mizzi formally called for ‘protection of the Chair’ following what he described as unfounded claims and insinuations in the PAC, undermining his rights. 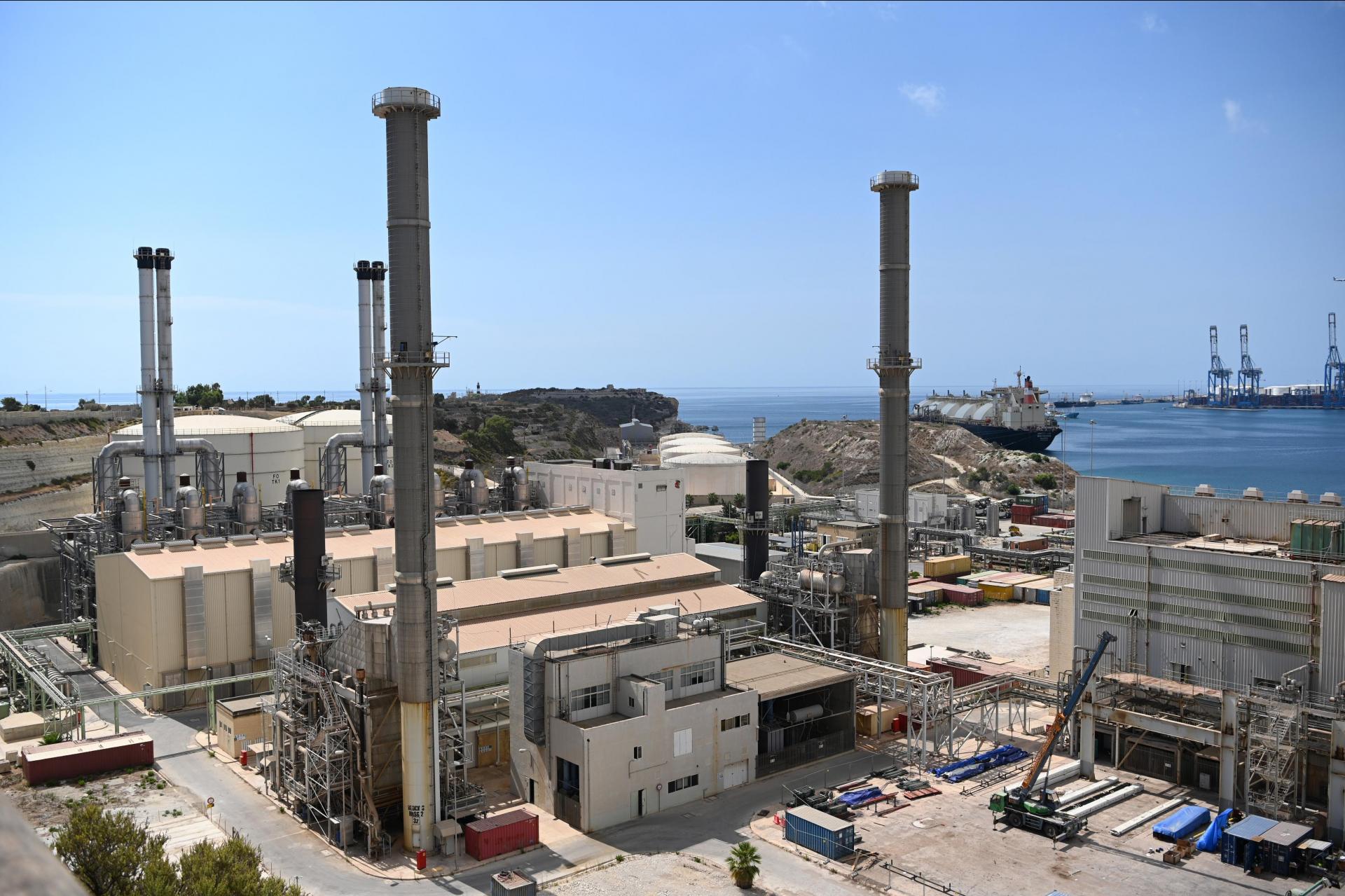 Mizzi requested the Speaker go over the transcript of the last four sittings of the PAC.

He said the Opposition’s behaviour was undignified and the committee was not conducive for him to reply to questions, although he remained ready to answer any question related limitedly to the auditor’s report.

Shortly after requesting a speaker's ruling, Mizzi then returned to the PAC.

Fenech Adami told Mizzi he would face “easy, less easy, difficult, and even tricky questions”. But he could not choose which to reply to and which to ignore.

Mizzi’s lawyers argued that the questions should not be leading or loaded with insinuations.

However, the committee chair maintained that he would decide on the line of questioning.

Mizzi said he would only reply to questions once he heard back from the speaker.

Opposition members of the committee nevertheless asked a series of questions - from who had asked him to join the Labour Party to what his connections to China are.

“I will await the speaker’s ruling,” Mizzi replied to each question.

Had he been interrogated by police? Was his mobile phone handed to the police? Had Mizzi refused to provide investigators with the passwords to his devices, were among the questions asked by Aquilina.

“You expect me to just sit here and take your abuse?” Mizzi said, before repeating he would await the speaker’s ruling.

“Do you have any hidden boxes anywhere in Malta?” Aquilina asked.

This prompted an outburst of dismissive laughter from Mizzi and his lawyers.

But Aquilina pressed on: had police searched for any such hidden boxes?

Next, it was Fenech Adami’s turn to question the witness.

He took a different approach and referred to the NAO’s investigation and its findings.

However, Mizzi stuck to declining to reply.

The sitting again became heated when Mizzi was asked about a waiver Electrogas was given on some €40 million in excise duty.

Aquilina asked Mizzi whether it was true that Electrogas director Yorgen Fenech and his associate Turab Musayev had visited Mizzi’s ministry office on Friday, September 1, 2017, and requested he waive the tax due.

“Did you meet with them and tell them it was in your hands and that you would sort it?” Aquilina asked.

Aquilina's line of questioning stemmed from emails that he had access to which showed how Electrogas owners believed the entire enterprise would not be profitable if it had to pay its taxes.

After a heated back and forth, Mizzi declined to answer.

The sitting was then adjourned and the PAC will continue on Thursday at 2.30 pm.