Konrad Mizzi remains in hospital recovering from a serious illness, and will miss yet another parliamentary committee meeting on Wednesday that was meant to question him over the Electrogas deal.

Sources told Times of Malta it is unlikely Mizzi will appear before the Public Accounts Committee (PAC) until after the new year.

There are only three sittings left before the House goes into its Christmas recess and Mizzi is not expected to have fully recovered before then.

Instead, the next two PAC meetings will hear testimony of Paul Apap Bologna, a shareholder in the Electrogas power station.

Mizzi was admitted to hospital earlier this month with a fever and peritonitis, the swelling of the tissue that lines the abdomen.

It is understood that, on admission, his condition was deemed potentially life threatening by medical staff.

The PAC is meant to hear Mizzi’s testimony as part of its probe into the Electrogas power station deal, which is riddled with allegations of corruption and maladministration.

Mizzi had spearheaded the deal during his time as energy minister.

In 2018, the auditor general found that the Electrogas bid to win the lucrative contract failed to comply with minimum requirements in “multiple instances”.

Prior to being assassinated in 2017, Daphne Caruana Galizia had made corruption allegations with regard to Mizzi, Electrogas frontman Yorgen Fenech and the prime minister’s former chief of staff, Keith Schembri.

Mizzi now serves as an independent MP in parliament, having been expelled from the Labour Party’s parliamentary group in 2020. 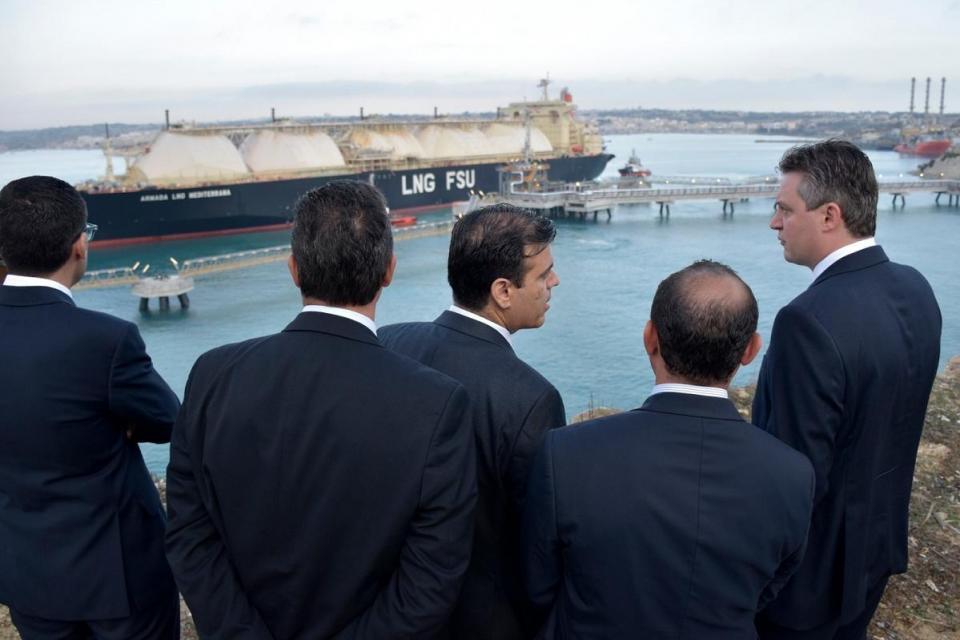 Konrad Mizzi (right) at the site of the new power station and its floating gas storage facility.

The former energy minister has so far appeared before the committee twice. He has not faced any questions so far.

He had previously failed to appear before the committee after being summoned on four occasions, labelling it a “partisan attack” on the Electrogas energy project which he said had brought “many benefits” to the country.

When he did finally appear, three weeks ago, Mizzi informed the committee members he would be delivering an introductory statement.

That turned into a lengthy speech, spilling over to the second session and prompting opposition MPs on the committee to insist they would still be asking Mizzi questions, even if it took several sessions to do so.

The first meeting was regularly interrupted by angry exchanges between Mizzi and the opposition MPs.

Mizzi had only agreed to appear before the PAC after the opposition said it would be seeking a vote in parliament’s plenary, obliging him to testify.

He is being assisted by former magistrate Carol Peralta and lawyer Jean Paul Sammut.