Malta was voted off the Financial Action Task Force grey list on Wednesday, one year after first being labelled an untrustworthy financial jurisdiction by the global watchdog.

The FATF vote is secret and a formal announcement of that decision will only be made at the end of its plenary, on Friday afternoon.

However, Times of Malta has confirmed that Malta’s financial regime was given the all-clear in a high-level plenary vote at around 5pm in Berlin.

Being placed on the grey list meant the country was put under increased scrutiny by international assessors and bodies.

The decision to take Malta off the list comes four months after the FATF publicly announced that initial indications showed that Malta had substantially completed the necessary reforms and appeared to have addressed the shortcomings identified.

Malta had been told to implement a long list of changes to the way it combats tax evasion, collects information on ultimate beneficial ownership, and the way it shares information with local and international authorities.

Those issues were at the heart of an FATF action plan which Malta had to implement before being given a clean bill of health by the global anti-money laundering body.

In media comments, Prime Minister Robert Abela said he would respect FATF confidentiality requirements and comment only when the plenary meeting of the FATF was concluded on Friday.

He stressed, however, that Malta remained committed to the reforms discussed with the FATF so that the country would continue to be strengthened as a serious financial jurisdiction.

In a statement, the Nationalist Party welcomed the news that Malta had been taken off the grey list.

It said that Malta's reputation should never have been tarnished in this way, because of mistaken government decisions. The end result had been that various local entities were scrutinised like never before, to the detriment of many people.

The fact that Malta was now being taken off the grey list proved that Opposition leader Bernard Grech had been right when he said that Malta could be taken off the list in three months after the general election, the PN added.

How was the vote taken?

Wednesday’s vote was held among 37 jurisdictions and two regional organisations – the European Commission and the Gulf Co-operation Council – that are recognised as members of the FATF.

The vote was held on a draft resolution, drawn up by expert evaluators, that was discussed in another secret meeting held earlier this year.

Malta did not have a say during either of the sittings, though it is understood that the country lobbied members to speak on its behalf.

When was Malta greylisted?

Members of the global anti-money laundering watchdog first added Malta to its grey list in June 2021 after deciding the country was not doing enough to combat financial crime.

At the time, Prime Minister Robert Abela said he thought the decision was "unjust" and promised to push ahead with planned reforms aimed at tackling financial wrongdoing.

The greylisting decision came following years of international criticism of Maltese policymaking, including its decision to sell Maltese citizenship and the lack of legal action against top government officials suspected of corruption.

Since then, the government has been scrambling to address technical shortcomings flagged by the FATF. 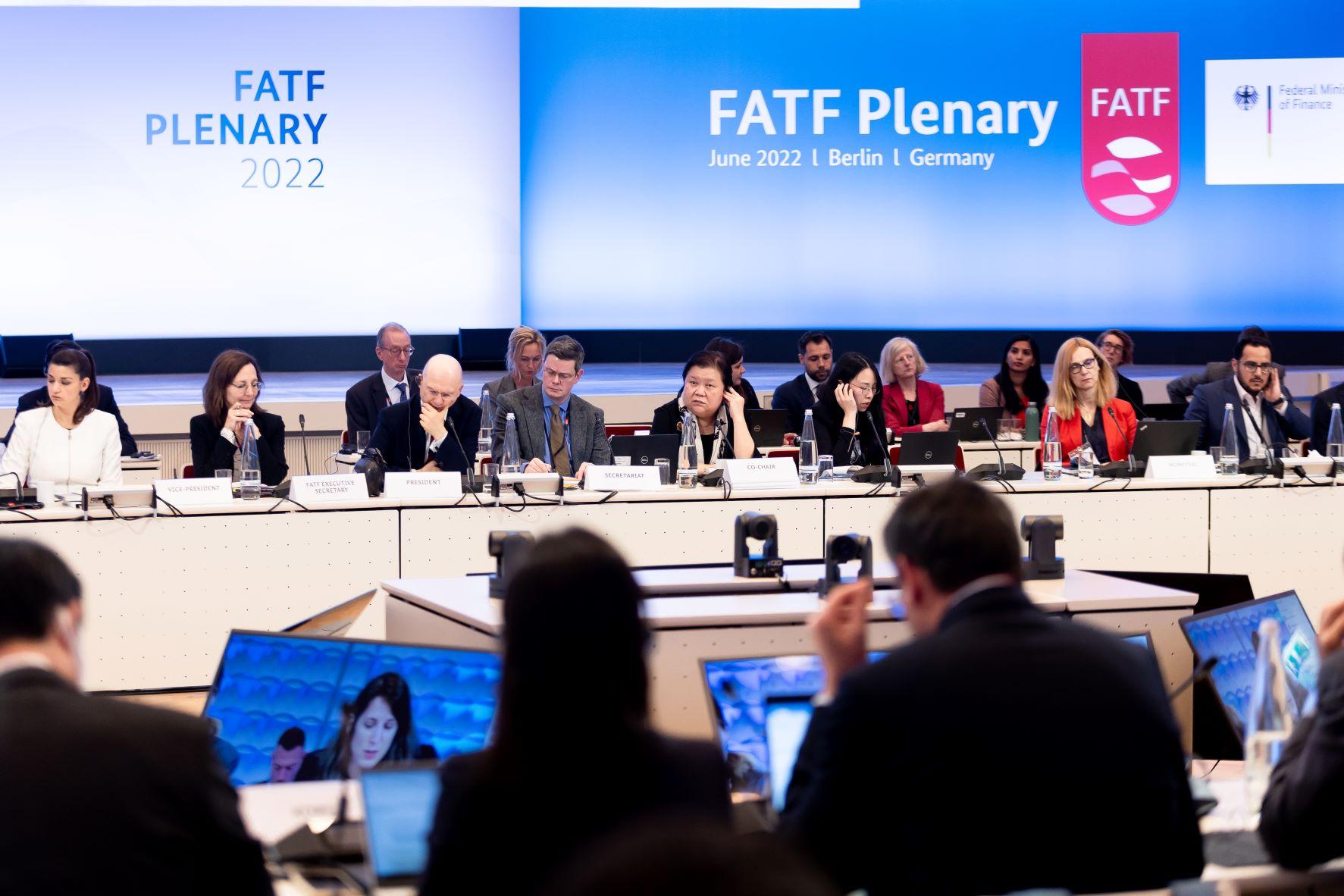 The FATF plenary meeting in Berlin on Wednesday. Photo: FATF.

Even once the formal announcement is made by the Paris-based FATF at the end of the week, Malta will not be completely free of international scrutiny.

Government sources told Times of Malta that one of the main challenges in the coming months is to convince assessors that Malta is committed to keeping up the current pace of reforms.

The assessors, the sources said, will have to decide whether Malta will resist the temptation to start easing off on anti-financial crime measures introduced in recent months.

Returning to certain bad habits, they said, could see Malta once again made subject to increased monitoring.

Every year, the FATF holds three plenary meetings. The inter-governmental body is tasked with rooting out money laundering by plugging loopholes in the international financial system.

The FATF identifies “jurisdictions with weak measures” through two public documents issued at the end of every week-long plenary.

The worst designation, known as the blacklist, includes countries or jurisdictions with such serious deficiencies that the FATF calls on the international financial system to apply “strict counter-measures”.

In other words, the FATF encourages the global community not to do business with blacklisted countries or to only do so under heightened scrutiny. Only North Korea and Iran are currently on the blacklist.

The second public document issued by the FATF is called “Improving Global Anti Money Laundering Compliance: On-going process”. This is what is informally known as the greylist.

The list includes countries that have “strategic weaknesses” in their regime to counter money laundering and terror financing, but that have committed to fixing them.

These countries are placed under more monitoring by international bodies.