Former OPM chief of staff Keith Schembri testified for more than six hours in court on Monday during a highly-anticipated sitting of the public inquiry into the murder of journalist Daphne Caruana Galizia.

A dark cloud surrounds Schembri, who has himself been named as party to the murder by alleged conspirator Yorgen Fenech, and the former government official has been at the centre of many of the inquiry’s previous sittings.

Here are nine things Schembri claimed during his testimony on Monday.

However, when he was pressed on the subject, Schembri did not recall when he had informed Muscat.

"I did nothing behind his back," Schembri said.

The company, set up in the United Arab Emirates, is viewed as one of the potential motives behind journalist Daphne Caruana Galizia’s murder, for which Fenech stands accused along with three suspected triggermen. 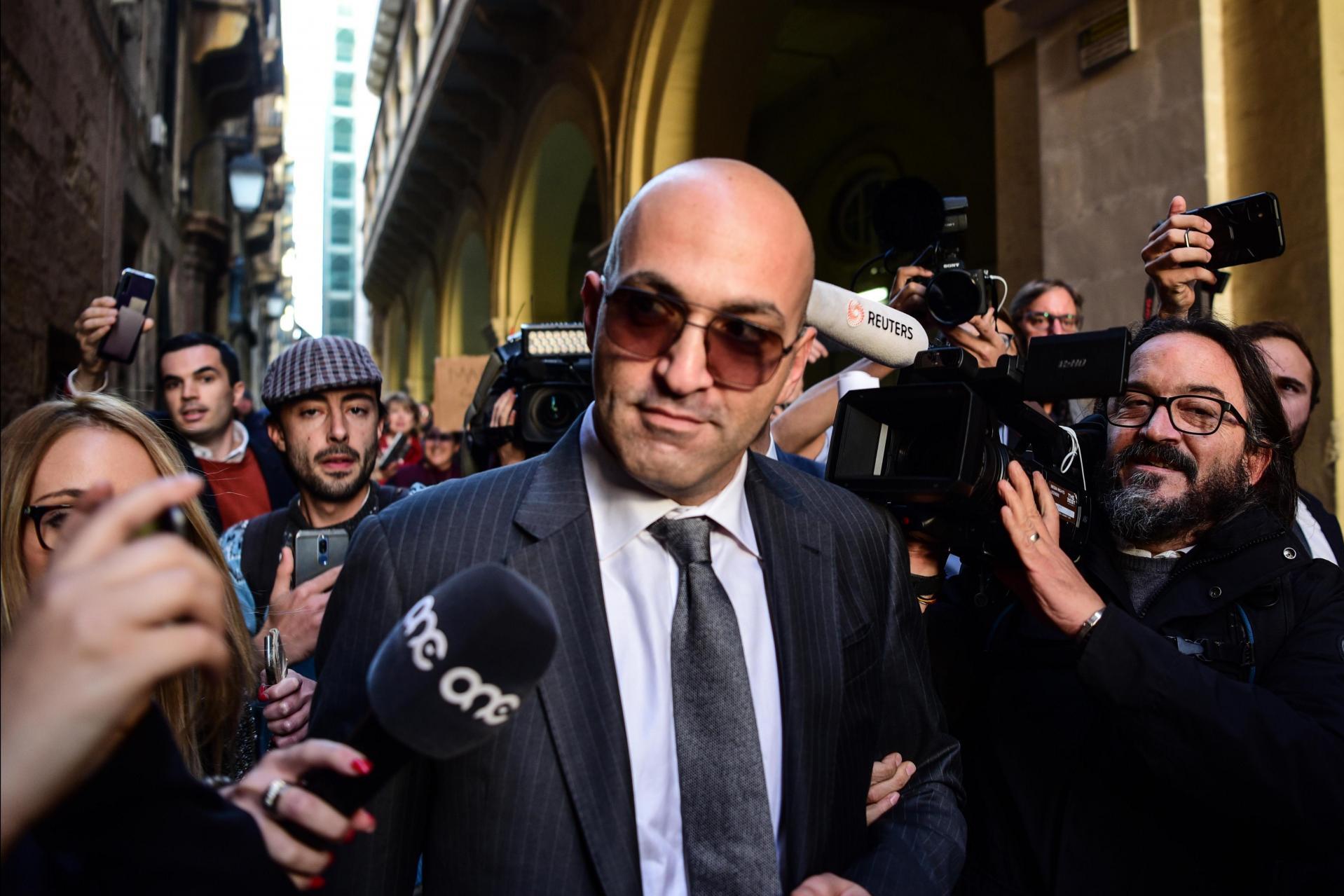 Schembri also said he knew who owned 17 Black when he first set it up his business plans.

He told the inquiry board that he had planned to do business with Yorgen Fenech, but only after quitting politics.

2. Schembri sees no link between 17 Black and Electrogas

Schembri told the board of inquiry that he sees no link between Yorgen Fenech's offshore company 17 Black and the controversial Electrogas power station deal.

Fenech was outed as the owner of the secret offshore company in a joint investigation by Times of Malta and Reuters.

Fenech was a director of the gas-fired power station project until his arrest over the murder last year.

The former top government aide insisted the owner of another mystery offshore company, Macbridge, also remains a mystery to him.

Macbridge was dentified as a source of funds for his company without his knowledge, he claimed.

According to the leaked e-mail, Macbridge was one of two companies set to deposit $2million into a structure held by Schembri.

It is registered in the United Arab Emirates (UAE), a notoriously secretive jurisdiction that is usually reluctant to cooperate with international requests for information from law enforcement bodies.

He said he had asked his advisors Nexia BT how the company had ended up in his business plans but said they had told him they couldn't find any reference to it in their records.

5. Schembri says Mizzi’s offshore structures have nothing to do with his

Schembri said he and controversial former minister Konrad Mizzi had not discussed setting up offshore structures before doing so.

The pair had their Panama companies registered at the same time by their advisors Nexia BT according to information obtained from the Panama Papers leak.

However, Schembri told the inquiry that they had decided to do so independently of each other. 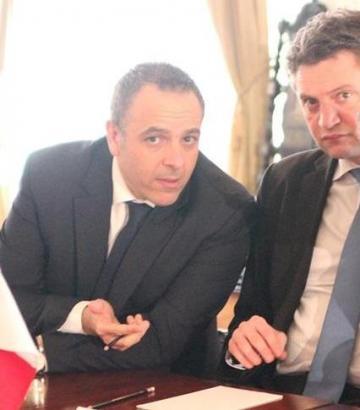 Keith Schembri and Konrad Mizzi during a Cabinet meeting in 2016. Photo: Ivan Martin.

6.Schembri has other offshore structures besides Panama

It turns out Schembri has other offshore structures besides those opened in Panama by Mossack Fonseca.

He told the inquiry board that he gas offshore structures in England and Cyprus, as well as bank accounts in the British Virgin Islands.  He did not give any details on what these were used for or when they were set up.

7.Schembri offered his resignation in 2016

Schembri said he had emailed in his resignation to Muscat in 2016. He told the inquiry that at the time of the email he was "seriously ill" and wanted to leave the political arena.

Caruana Galizia had reported at the time that Schembri had cancer. He eventually recovered after receiving treatment, which was partly funded by Fenech.

On Monday, Schembri told the inquiry that although he had planned to leave politics when he was diagnosed, he was roped back into government when a flight was hijacked at Malta International Airport in December 2016. 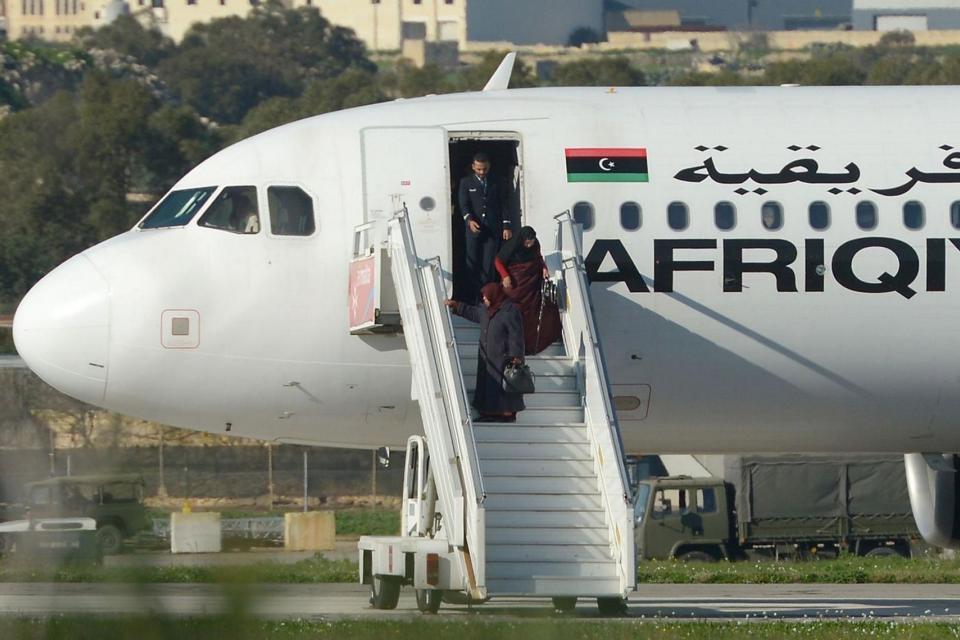 An Afriqiyah Airways Airbus A320 aircraft was hijacked over Libya and diverted to Malta two days before Christmas 2016. File Photo.

Schembri told the inquiry board that he knew of the 2017 election date in March of that year, well before Caruana Galizia had reported on offshore company Egrant.

The snap general election date was announced in May of that year and held the following month, nine months early.

At the time Muscat had claimed the election was called because of reporting on his wife’s alleged ownership of offshore company Egrant.

The timing of that election has long been the source of debate: Caruana Galizia had argued that the election date was decided before her Egrant claims and murder suspect Yorgen Fenech told police he knew of the election date in 2016. 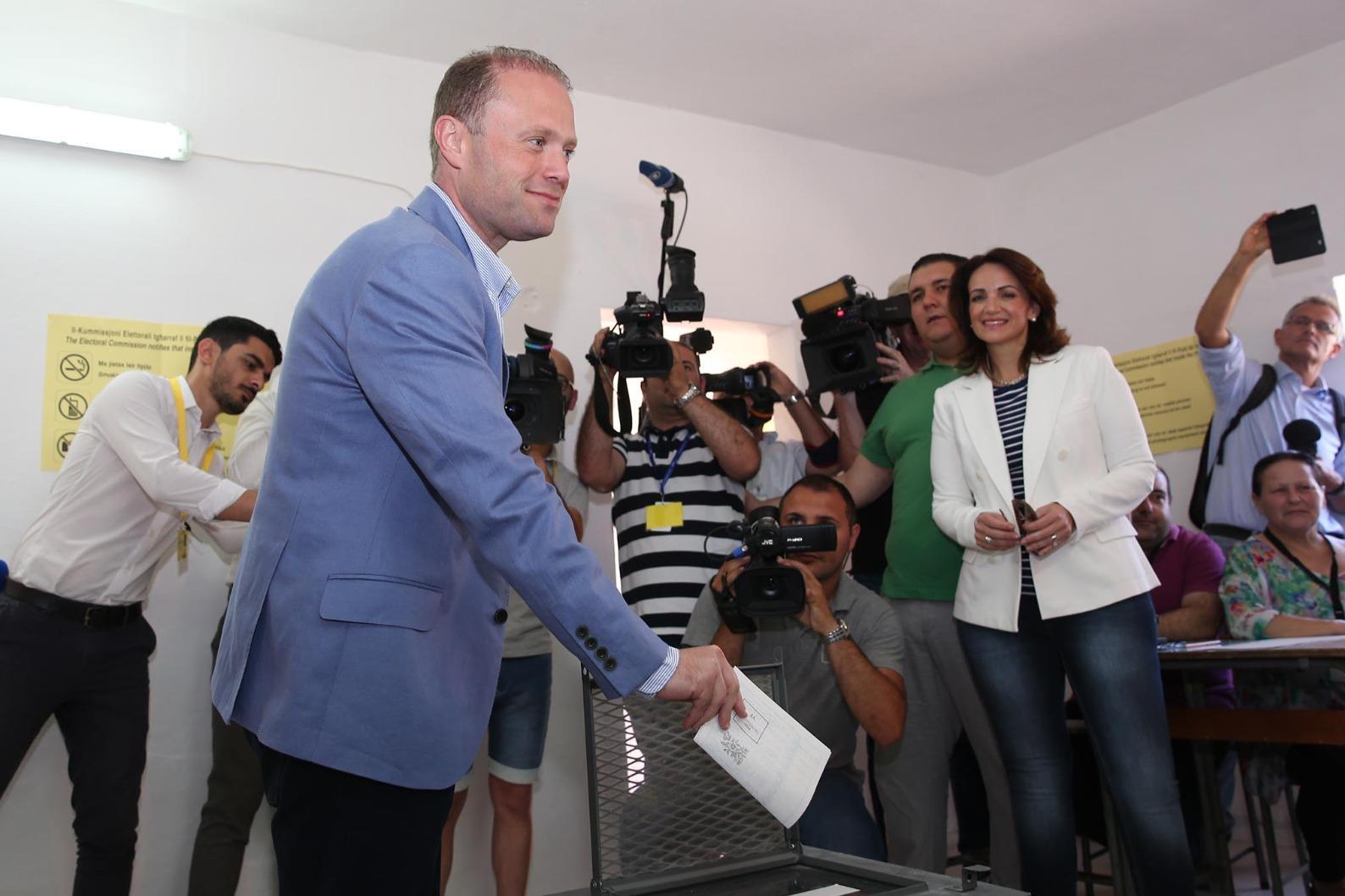 Joseph Muscat casts his vote in the 2017 election. Photo: DOI

During his testimony, Schembri conceded that Caruana Galizia was right to say the election date had nothing to do with her reporting on Egrant.

He said the party had a good lead at the time.

9. Schembri learnt of an Electrogas data breach during the 2017 electoral campaign

Schembri was asked about a massive leak of documents from Electrogas. He says he learnt of the leak during the electoral campaign.

Electrogas only publicly announced a breach in April 2018.