Adrian Delia lost a vote of confidence at the end of a marathon parliamentary group meeting on Tuesday night, but he defiantly insisted he had no intention of stepping down as Nationalist Party leader.

Nineteen PN MPs voted against the party leader with 11 voting in his favour. The vote took place two days after Times of Malta revealed messages exchanged between murder suspect Yorgen Fenech and Delia, but the PN leader said the vote was unrelated to his contacts with the businessman.

Many believed the vote would also bring about a premature end to an almost three-year turbulent term as PN leader, but at a news conference later, Delia said he had no plans to relinquish his post.

“The President cannot remove me as leader of the opposition,” he said defiantly.

According to the Constitution, it is up to the President of the Republic to send for dissenting MPs and decide whether a new interim opposition leader is elected.

Delia said he respected the decision of the MPs but insisted he would continue serving as PN leader as requested by the party members.

“From tomorrow, the work within the party will continue... I am not a person who gives up. I remain determined to ensure that the party serves as a voice for the people,” he told reporters.

Delia said the MPs did not go to the president and the party statute made it clear that the leader should be chosen by its members. He said he would be calling a meeting of the executive committee to discuss the way forward.

As news of the vote result had tricked outside, protests could be heard from some Delia supporters who gathered outside the PN headquarters.

Some party members left their membership cards in protest at the door saying they will never vote PN again. Others jeered and insulted MPs as they emerged from the building.

The motion, which read: ‘do you have faith in Adrian Delia to serve as opposition leader?’ was proposed by MP Chris Said and seconded by Therese Comodini Cachia. The new statute states Delia cannot request another vote of confidence.

It was the climax of a six-hour meeting.

“He’s trying to exhaust us but we're insisting on holding a vote,” one MP told Times of Malta earlier in the evening.

But others said as talk shifted to the wording of the question MPs would vote on, Delia moved a motion that would have prevented the vote from taking place.

The party leader had insisted that any eventual vote should be held openly and not by secret ballot.

A police officer was seen entering the party HQ through a side door accompanied by a party official at around 11.30pm, although it is not known for what reason. He was back out after 15 minutes.

Delia faced “dwindling” support within the parliamentary group, with the party’s repeated poor performance in the polls, despite scandals involving the government, taking their toll on the party leader’s support.

The meeting came after a similar one on Sunday evening, when some of the MPs held an urgent four-hour meeting in the wake of revelations by Times of Malta of WhatsApp chats between Delia and Yorgen Fenech. The businessman stands accused of complicity in the murder of journalist Daphne Caruana Galizia.

Last July, Delia saw off an internal vote after 67% of party councillors voted in his favour. According to the party statute, two years have to pass before a similar vote can be called.

‘Attempts to shut me up’

Just before Tuesday evening's meeting, Delia claimed that he was being attacked in an “attempt to intimidate me and shut me up”.

He was referring to the Times of Malta story exposing his contacts with Fenech, after he had denied having any contact “of relevance” with him. 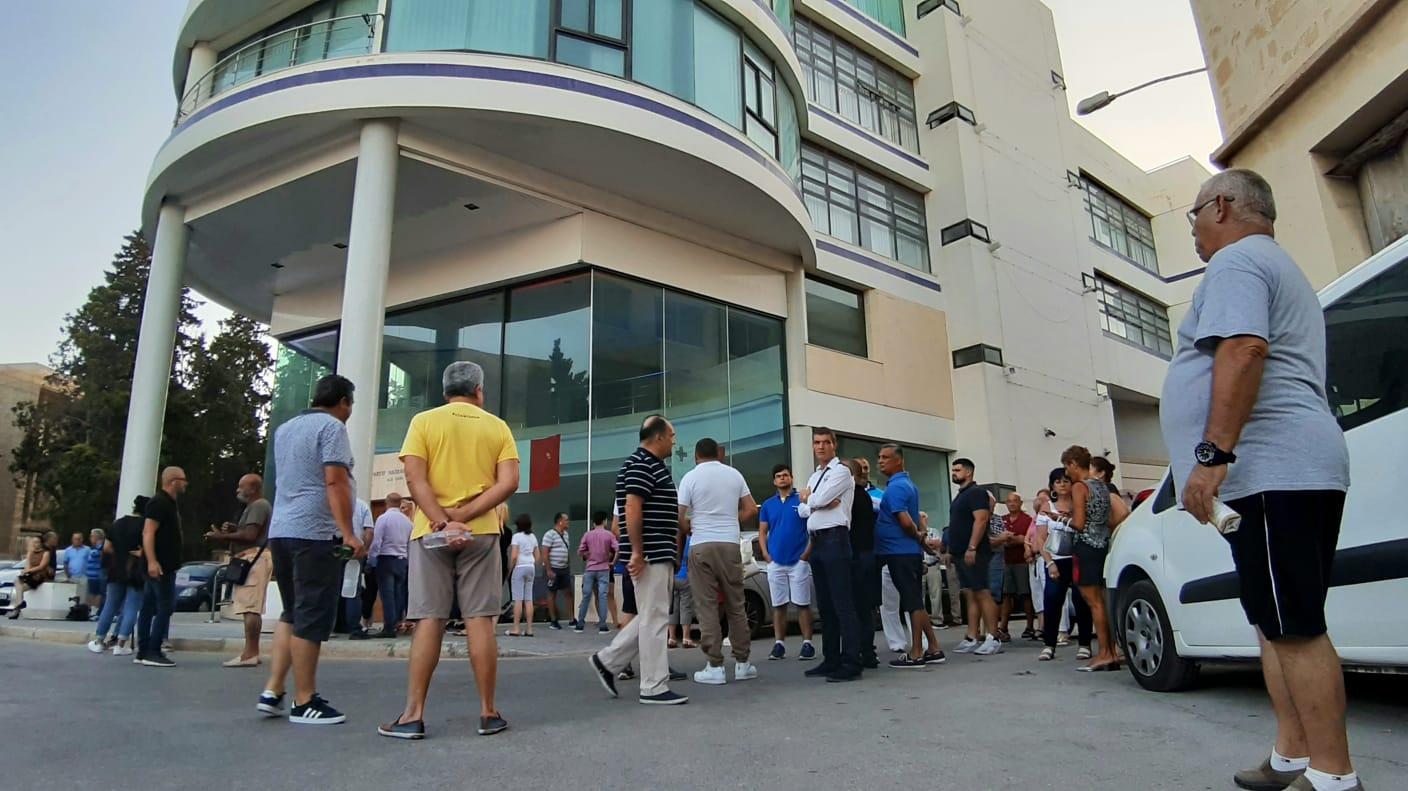 “New attacks on me have now started with information being passed to the media in an illegal manner, with the country’s criminal code being breached,” he claimed.

He said he gone to the police commissioner on Monday night and “explained everything”.

Fielding questions later, Delia said he cannot discuss whether the story had been fabricated because an inquiry was now ongoing.

“The newspaper did not say anything that was libelous,” he replied, when asked why he did not take legal action, but would not give a clear answer when challenged whether he had exchanged such messages with Fenech.

Times of Malta stands by its report and strongly rejects any insinuations by the PN leader that it carried any stories to intimidate him or shut him up.

In a post on Facebook, MP Therese Commodini Cachia said journalists and their sources should not be the target.

“Their responsibility is to provide us with the truth irrespective of who provided it. The truth is what this country needs,” she wrote.