Widely credited as being the brains behind Labour’s seemingly invincible electoral machine and strategy, Keith Schembri was Joseph Muscat’s “natural” choice for chief of staff when the party was elected to government in 2013.

Six years down the line, however, Mr Schembri, became the party’s biggest liability, amid concerns from within that his  position within government was toxic and a serious threat to Labour’s seemingly unassailable position.

On Monday night, those concerns came to fruition as Mr Schembri handed in his resignation, hours before he faced questioning by investigators working on the Daphne Caruana Galizia murder case.

Born in Cospicua on July 6, 1975, Mr Schembri was roped in within the party ranks after Joseph Muscat’s election as elected leader in 2008. 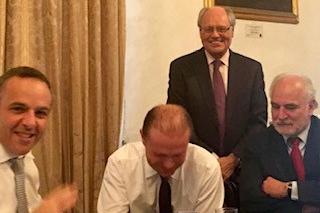 Back then his name did not ring a bell in political circles, even with party insiders as Mr Schembri was known as a business entrepreneur,  on the rise.

In 1996, he ventured into the printing industry, setting up Kasco Holdings. Though this company was originally intended to act as a service provider to the family-owned Sunland Printers, by supplying paper from international mills to Malta, his business flourished and within a few years it became one of the island’s major suppliers.

In 2004, he set up Kasco Engineering, which specialises in the supply and servicing of printing equipment. Some of his clients included the Times of Malta and the Nationalist Party’s own press.

Mr Schembri was known to lean on such connections when cornered by the press - as when he dismissed a Times of Malta reporter's questions in June 2018 by suggesting he had used his offshore structures "to pay your wages".

As well as from setting up Kasco Recycling which runs a waste paper collection scheme, Mr Schembri’s business empire continued to expand beyond the printing industry.

Nowadays Kasco Group incorporates So Good, which specialises in food and drink brands and Loft, which is dedicated on luxury home furnishings. The group also owns Berner Malta, which is the local representative of a German tool manufacturing firm. 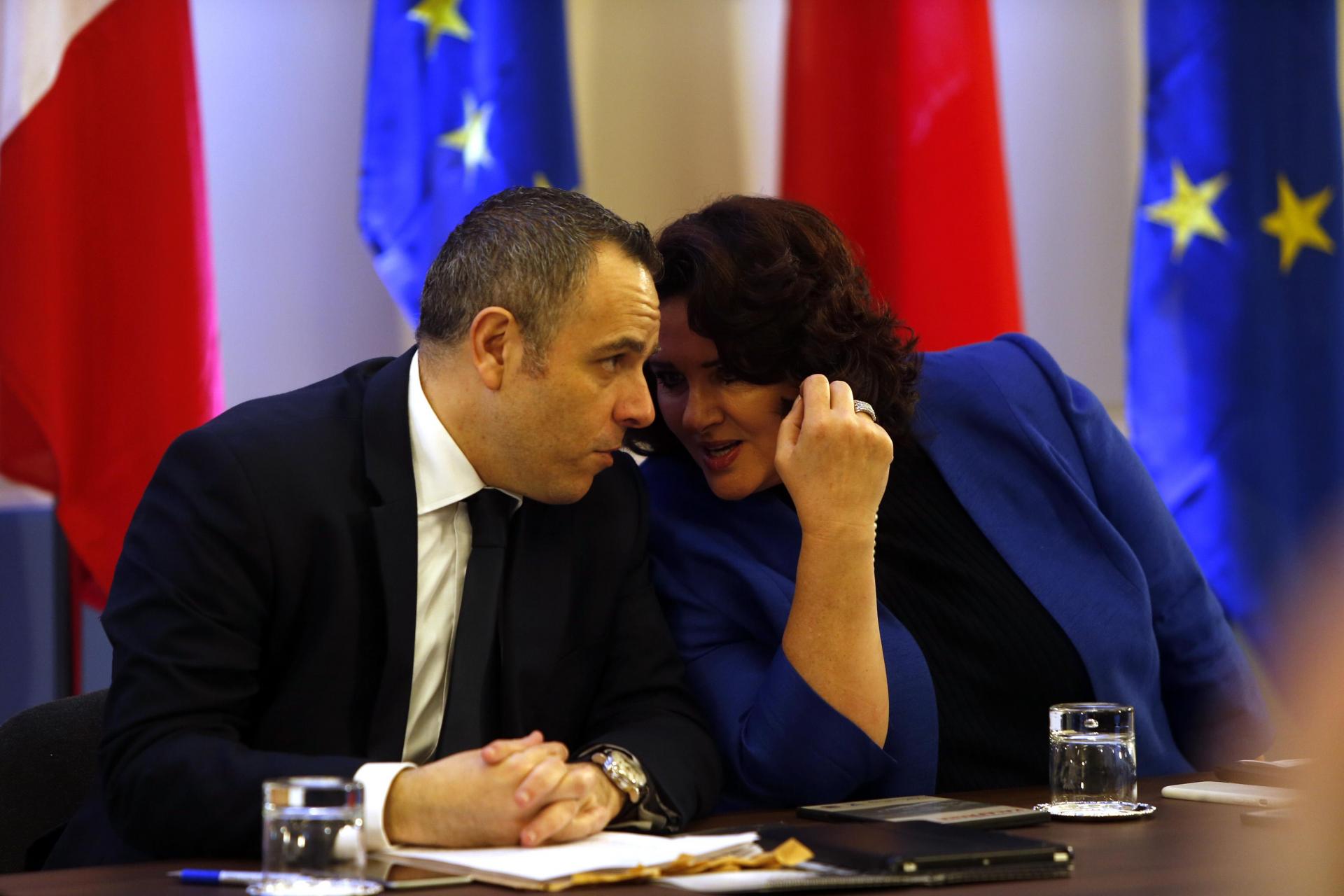 Though Mr Schembri resigned from his directorship of various companies in 2013 in the wake of his appointment as chief of staff, he retained a 99.9 per cent shareholding in the main holding company.

Mr Schembri involved himself within Labour, when the party was still in Opposition just after the umpteenth electoral defeat of 2008.

Unlike other close associates of Joseph Muscat like James Piscopo, at the time Labour's first-ever CEO, Mr Schembri kept a low profile until the very last moment when he emerged from behind the scenes to take his post at the Prime Minister’s office as chief of staff – a new nomenclature created specifically for him.

As party insiders would say, his “sterling work” as a political strategist if not a schemer, came to the fore in the months before the 2013 general election, when Labour rolled out a slick campaign.

“Mr Schembri’s hand in all this is palpable. He has completely transformed the party machine from an amateurish approach which was miles behind its political rivals, to one which is setting the agenda and running like clockwork,” a prominent member of the election campaign team confided.

Indeed, the PL was elected with the largest ever majority in the post-independence period.

End of the honeymoon

Mr Schembri’s honeymoon in government lasted for a couple of years.

Then came the Panama Papers scandal in April 2016, as well as revelations by journalist Daphne Caruana Galizia. 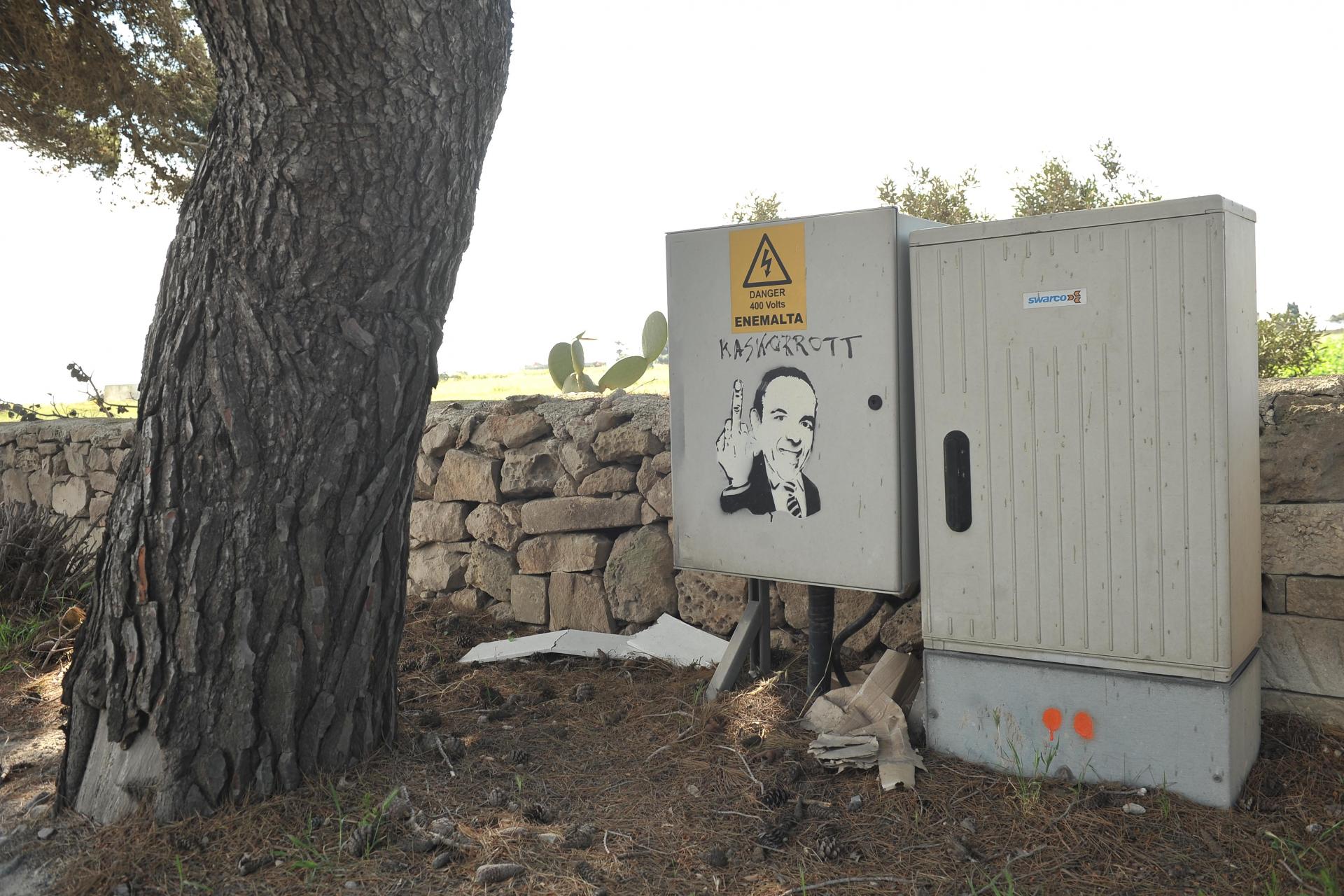 Graffiti earlier on this year shows a picture of Keith Schembri with the phrase 'Kaskorrott', an amalgamation of his Kasco printing empire and corruption claims. Photo: Chris Sant Fournier

Questions on Mr Schembri were raised when it transpired that he had opened a secret Panama company by the name of Tillgate, which was part of a trust based in New Zealand. The shady setup in the Caribbean tax haven prompted calls for his resignation and corruption claims by the Opposition leader of the time, Simon Busuttil.

Aggrieved by those accusations, Mr Schembri had sued Dr Busuttil for libel – a decision which came back to haunt him three years later.

Despite denying any wrongdoing, the Prime Minister’s top aide was back under the spotlight in February 2017, when Ms Caruana Galizia revealed the existence of a Dubai-based company named of 17 Black.

Not much information was known at that stage, though there have been claims that this revelation triggered the Prime Minister’s decision to call a snap election in June 2017.

Keith Schembri refused to answer questions about 17 Black when confronted by Times of Malta in 2018. Video: Chris Sant Fournier

The impression was reinforced even further in the election campaign that followed, the Mr Schembri faced money-laundering corruption claims which are still the subject of magisterial inquiries.

One relates to two €50,000 payments as kickbacks in return for the sale of passports to three Russians, and the other inquiry related to a €600,000 payment from Mr Schembri to former Allied Group managing director Adrian Hillman.

These serious claims however, had no impact whatsoever on public opinion, as in the June 2017 election the PL secured another historic landslide victory. Furthermore, Mr Schembri was reconfirmed in his position.

The electorate had given Joseph Muscat and his government the benefit of the doubt, it seemed.

The Prime Minister’s chief of staff however, was back under the spotlight when in late 2018 Times of Malta and Reuters revealed that 17 Black belonged to Yorgen Fenech – a shareholder in the Electrogas consortium awarded a lucrative contract by the Labour government for the new Delimara power plant.

Leaked emails said that this secret company was the source of funds to the tune of €2 million, which would be deposited in Mr Schembri’s secret Panama Company and that of former Energy Minister Konrad Mizzi.

Summoned to testify in libel proceedings he had filed against Dr Busuttil, Mr Schembri instead opted to drop the case rather than answer questions about the secret Panama company.

For the first time since Joseph Muscat had assumed power, cracks began to appear, with members of Cabinet, candidates and party activists calling for Mr Schembri's resignation.

Keith Schembri asked on Monday if he would resign, told reporters: "No Comment". Video: Matthew Mirabelli

Days later, Times of Malta revealed that a suspected middleman in the Caruana Galizia case was seeking a pardon to name the mastermind.

The following morning at dawn, Yorgen Fenech was arrested in connection with the assassination, His links to Mr Schembri led to a clamour within Labour for him to resign or be sacked.

The details of his resignation remain unclear, after years of the Prime Minister not budging and refusing to sack his chief of staff. His uncompromising attitude had only served to raise questions of who was really in command.

Indeed as one former member of Cabinet who served under Dr Muscat once said, “It was always Mr Schembri who called the shots. In my case it was him who called me to discuss a reshuffle. That was the day I realised this was no ordinary chief of staff.”