His announcement came as sources revealed that Mr Schembri was being questioned at police headquarters by investigators working on the Daphne Caruana Galizia murder case.

Dr Muscat declined to comment on those reports, saying he was not privy to investigation details.

"I thank Keith for his hard work, he played a crucial role," Dr Muscat told reporters at the Auberge de Castille in Valletta.

Dr Muscat said that Mark Farrugia would be replacing Mr Schembri as OPM chief of staff.

Mr Schembri's car was spotted outside Dr Muscat's Burmarrad residence on Monday evening, hours after Dr Muscat sought - and obtained - a unanimous vote of confidence from Labour MPs, in a secret ballot held during a four-hour parliamentary group meeting. 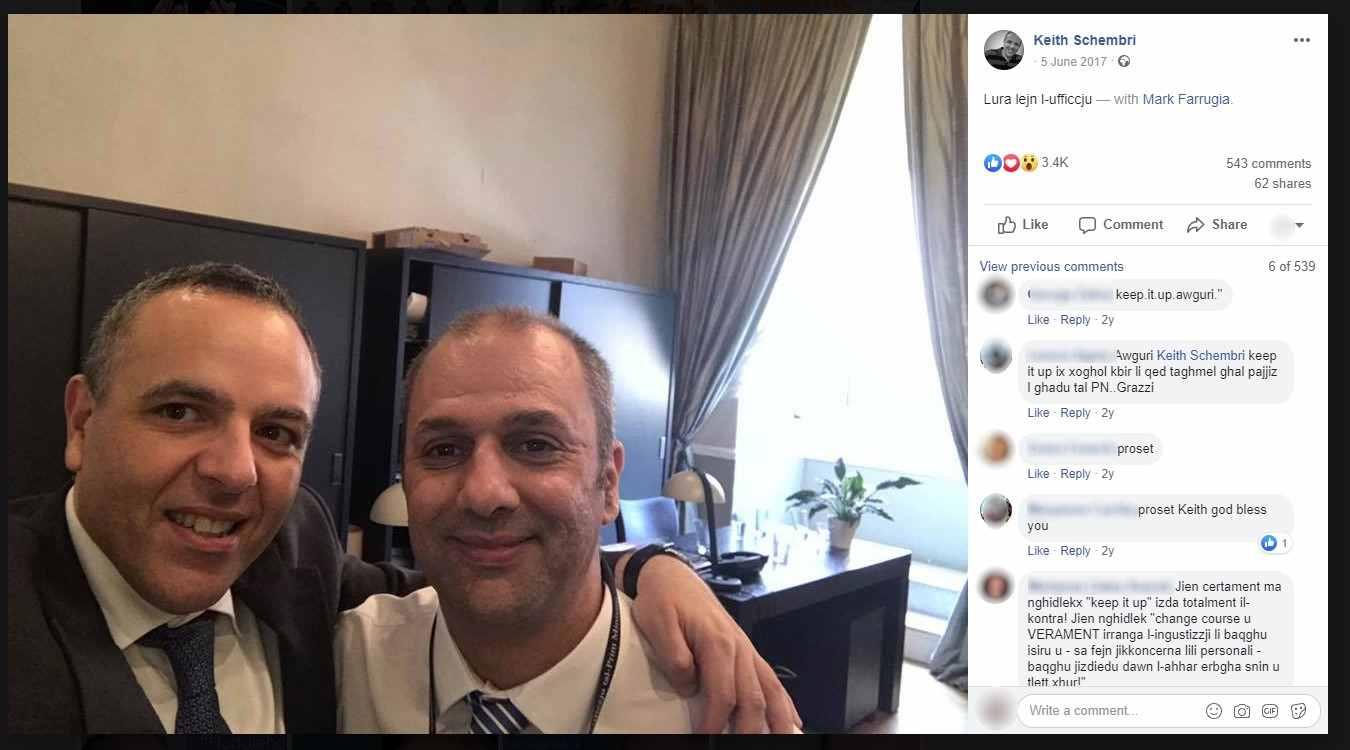 Keith Schembri with Mark Farrugia, who has replaced him as OPM chief of staff, following the 2017 general election victory. Photo: Facebook

Mr Theuma is understood to have audio recordings of conversations in which Mr Schembri is mentioned.

The Prime Minister declined to discuss what had prompted Mr Schembri's resignation, saying that the timing was "not fortunate".

He insisted he had "never turned a blind eye" to impropriety and brushed aside talk of him resigning.

"My role right now is to make sure the country has stable leadership. I've already said I have no intention of seeking reelection".