An 18-year-old who slept outside Castille in protest at a decision to bar entry to rescued migrants returned to Valletta on Wednesday to demand fairer treatment of asylum seekers.

Xandru Cassar handed MPs a letter as they entered or exited parliament, urging them to safeguard life and end the ill-treatment of asylum seekers out at sea.

He encouraged others to join him and light a candle in front of parliament.

At the same time, representatives of a number of NGOs held a silent protest on Castille Square, standing two metres apart as required by COVID-19 rules.

As  Prime Minister Robert Ablea entered the building some shouted "Shame on You," and "You should not even leave dogs outside."

In the letter, Cassar wrote:

"Prime Minister [Robert Abela] said that waves can be found in the sea. I don't believe that the sea, with all its waves and natural elements is a place where people can be kept for weeks on end," his letter reads.

"I call on you to safeguard life and do your utmost to protect the sacred dignity of human lives."

Cassar asked MPs whether Malta was willing to have another migrant death on its conscience.

"Are we going to let these people fight for their lives in the waves?"

Cassar's action follows reports that a boat of migrants just off the Maltese coast was not rescued by the Armed Forces but instead given fuel and coordinates to reach Italy.

Another 160 rescued migrants are being kept on two Captain Morgan cruise boats.

Meanwhile, human rights NGOs have joined forces to call on the government to stop the detention of 160 people out at sea aboard Captain Morgan ships.

“In detaining them out at sea, Malta is denying them basic human rights, dignity and voice. The human body and the human spirit can only endure so much.

“These young men have been exposed to too much trauma, we fear their physical and mental wellbeing will deteriorate fast.” 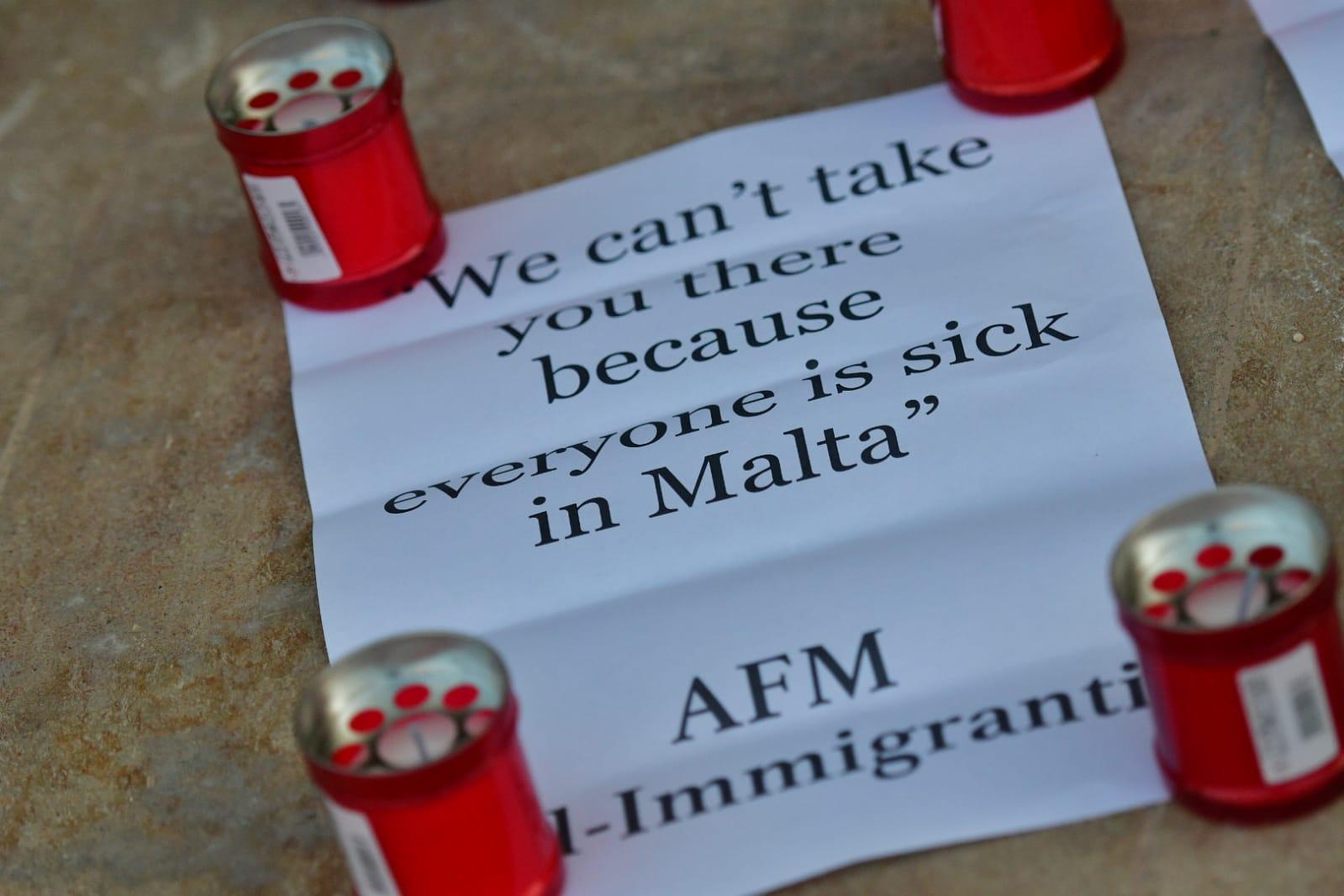 Malta shut its ports to asylum seekers, citing the COVID-19 pandemic, in April.

It has since returned one group of migrants to Libya through the intervention of a private fishing boat and hosted other groups aboard the cruise boats, for which it is paying €3,000 a day each to lease.

On Tuesday NGO Alarm Phone claimed that migrants aboard the cruise vessels at sea had started a hunger strike.

The Maltese human rights NGOs said on Wednesday that resorting to a hunger strike was “an act of desperation”.

It was “a final act, and the only course of action available to them. They have no control over the situation, their lives are quite literally in the hands of the government.

“They are using their bodies, the only resource they have limited control over, to convey a message. To remind the politicians of their legal and moral responsibilities and perhaps also to speak to their conscience. To convey a message to Malta, as a nation, in the hope that we might remember their very presence, recognise and acknowledge their plight, and be the voice that they have been denied.”

They called upon the government to immediately end this “ill-treatment”, provide them with the medical and psychological care that they urgently needed, and to let them in. 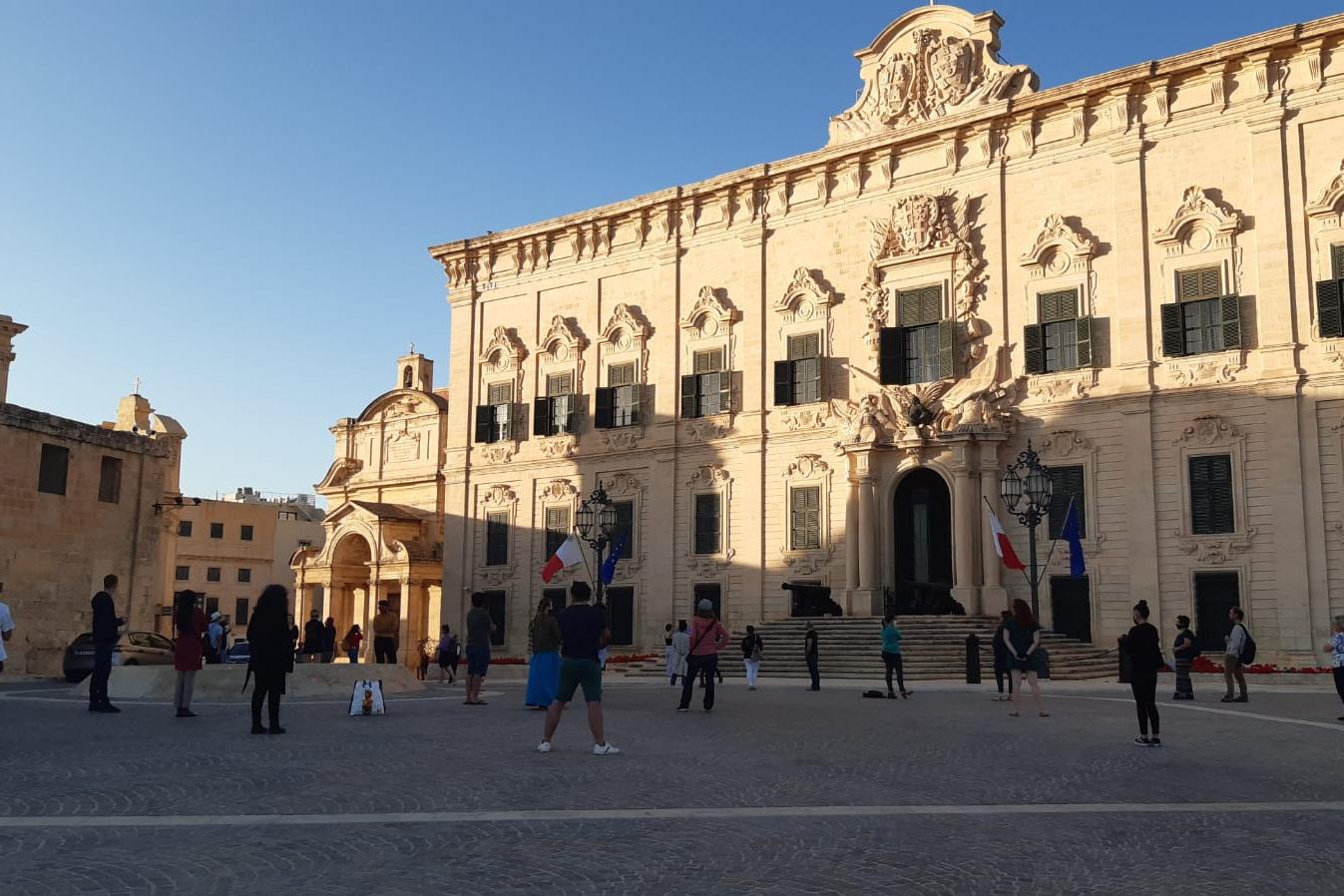 The NGOs' representatives outside the Auberge de Castille on Wednesday evening. (Jonathan Borg).

They also strongly urged the EU institutions to assist Malta in finding a solution to this terrible incident.

In a statement earlier on Wednesday, the government said that Malta has received just two offers from all other EU member states to take in migrants this year.