In a highly-charged speech on Sunday, Opposition leader Adrian Delia delivered a sound warning to his critics saying that whoever was not willing to work with him had no place in the party.

Addressing a political activity in a jam-packed hall at the Mellieħa club, the embattled Nationalist leader said the time for talks was over.

“Who says yes, let's start working from tomorrow. Who says no, we will still remain here,” Dr Delia said.

The activity was held despite objections raised by the Mellieħa committee. In a letter to the leadership, the committee said it was not the right time to hold  such an event. Nonetheless, Dr Delia forged ahead turning the Sunday morning sermon into a show of force.

Dr Delia dedicated most of his speech to the recent developments which resulted in a majority of the parliamentary group asking him to consider his position in the wake of a recent survey which showed that his support among the electorate was at its lowest ebb. 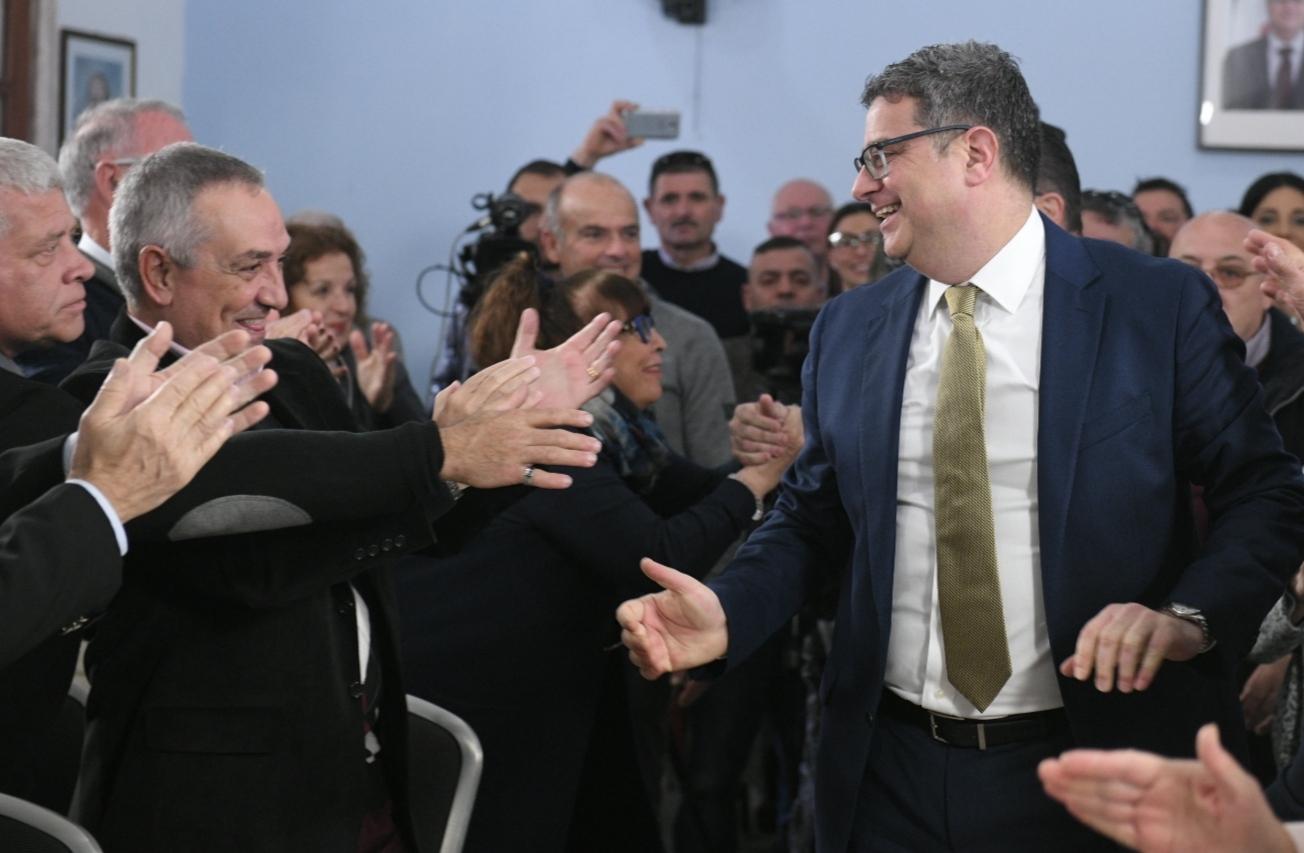 The PN leader was given a hero's welcome at the Mellieha PN club. Photo: Matthew Mirabelli

Dr Delia started off by thanking both deputy leader for parliamentary affairs David Agius and Mr Arrigo, who was present, for their loyalty.

“You worked incessantly without asking for anything in return and you still have a lot to give to the party,” Dr Delia told Mr Arrigo.

He also saluted Mr Puli, also present among the audience. “He too had to face a lot of spokes in the wheels from within,” the PN leader said.

Citing from Mr Arrigo’s resignation letter the PN leader said the leadership had faced a tsunami.

“I am still here, and will not give up whatever tsunami or storm is thrown at us,” he said.

Reacting to criticism that he was in politics for financial gain he said this was coming from those who had claimed he had made millions before venturing into politics.

Dr Delia said the party reform had been launched but blamed "a certain faction" from preventing new faces to join the party.

“Now we will not only carry out a reform but an entire revolution as this is what the country needs. I have been asked to take decisions and will do so,” he said.

“Whoever has nothing to hide will not conspire behind closed doors,” Dr Delia added.

The PN leader said the party doors were wide open but no group would be allowed to take over thinking they had some divine right to be at the helm. Otherwise, we would only have changed names, the statute but nothing else.”

Dr Delia said it was not only the PN which had splits, the Labour Party was also covering similar rifts by throwing money to buy people’s silence. 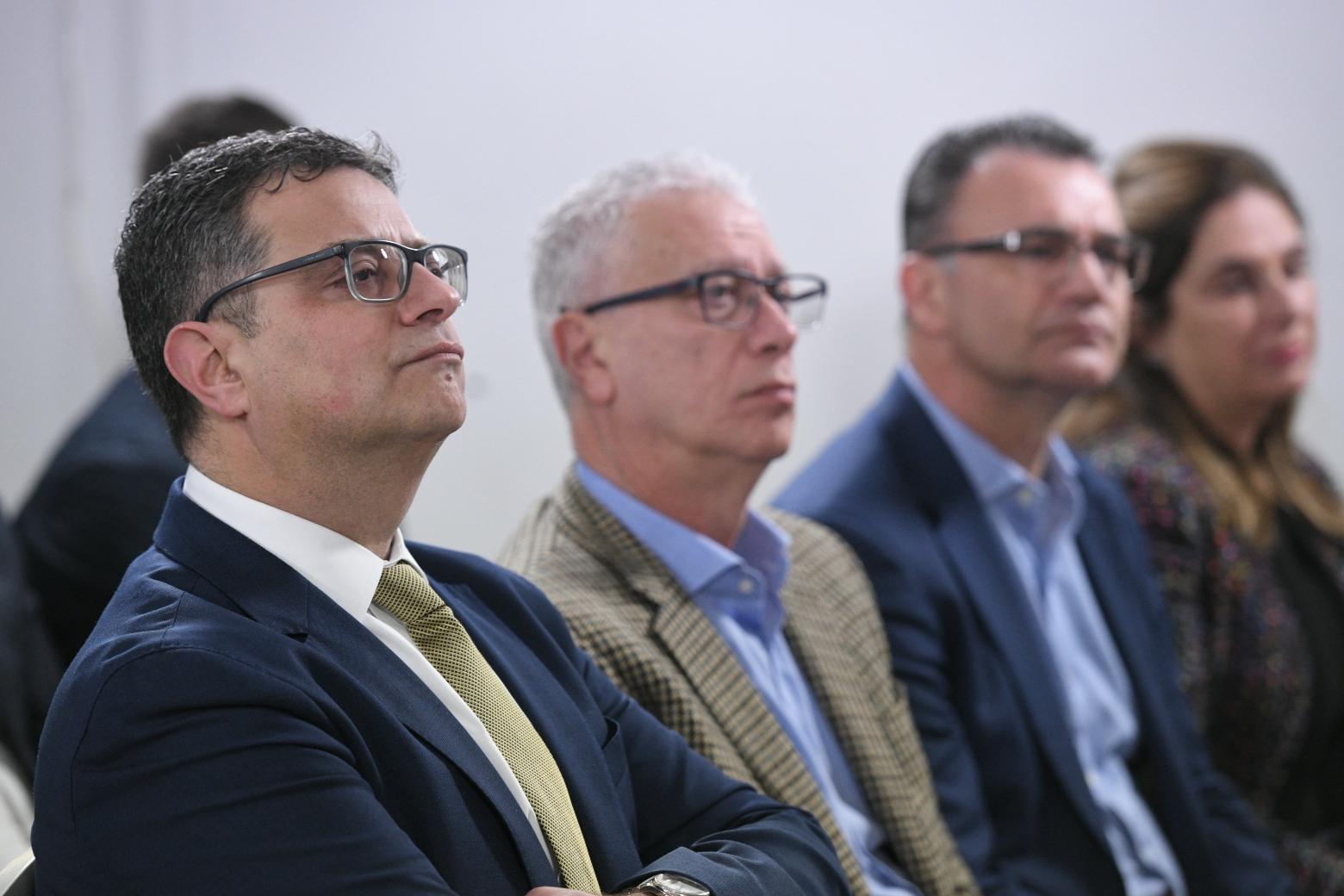 ‘Let us safeguard democracy within the PN’ – Edwin Vassallo

MP Edwin Vassallo said it was shameful that the party had reduced itself to such state. “We either give up or be courageous and move forward,” he said.

He said that each successive survey was showing the PN was losing support. “This trend has been coming for a long time and we can only reverse it by going back to the people and get rid of the sense of superiority,” he said.

“Some within the party think they know it all and look down on everybody else,” he added.

“The biggest reform is not the statute but a change in mentality,” Mr Vassallo said.

Mr Vassallo said the current level of support was the result of the effort made for the party’s cause.

“This is the time to enact changes and make it the party of the people and values,” he said to Dr Delia.

“When we worked together we even forced the seemingly invincible Prime Minister Joseph Muscat to resign,” he said.

He added that the PN should safeguard democracy within itself, and not only within the country.

“I did not vote for Adrian Delia but from the moment he was declared winner I accepted the democratic verdict,” he remarked.

“Dr Delia will only lose his legitimacy when the party members decide so,” Mr Vassallo said.

“Who does not believe in the party’s cause must let us work,” he added.

‘We are playing in Labour’s hands’ – Graziella Galea

PN candidate and former St Paul’s Bay mayor Graziella Galea said she was initially reluctant to accept the invite to address the political activity in the wake of the party situation.

“The easiest thing was to stay on the fence and remain silent,” she said.

“But I felt I had to speak on behalf of the genuine party supporters who are suffering and do not speak up on Facebook,” she said.

“It is not business as usual. We must see what needs to be done to unite,” she added.

She admitted that the Opposition was weak and that the PN could disband. “The biggest winner in this situation is the Labour Party, and we are playing in its hands,” she said.