Fifteen people were killed in traffic crashes in the first six months of the year, a figure that represents the deadliest mid-year point on Malta’s roads in more than a quarter of a century.

And the death toll has already climbed further, to 17, with the deaths of Antoine Camilleri in a hit-and-run in Żejtun, earlier this month, and a man who was hit by a car in Marsa on Sunday.

Malta Road Safety Council leader Pierre Vella said the figures, which already surpass the total death toll for each of the last three years, were “alarming”.

“If this tragic trend continues, we predict devastating numbers by the end of the year,” the executive chair of the road safety body said.

An analysis of National Statistics Office figures and media reports shows that the numbers of road fatalities have not been as high at this mid-way point in the year since at least 1995. 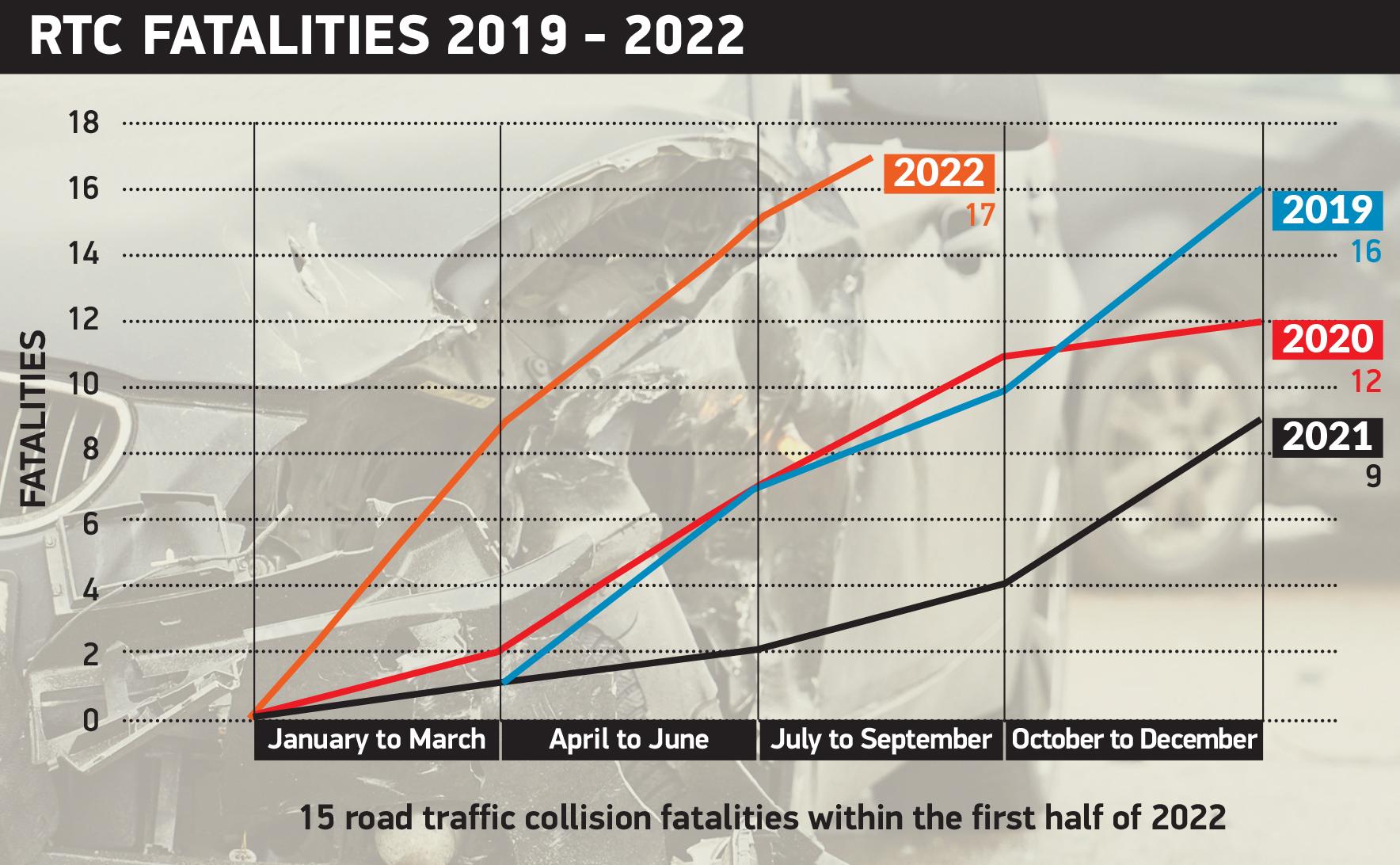 In that year, Times of Malta reported a summer of deadly accidents that led to the compulsory use of seatbelts in cars for drivers and front-seat passengers. By October, then home affairs minister Tonio Borg had told parliament that 20 road deaths had been recorded.

However, quarterly road statistics were not reported officially until 2000.

Consultant emergency physician Jonathan Joslin said doctors are also concerned over the increasing number of road accidents in general and a significant increase in serious accidents.

He said that, since 2016, he has observed an upward trend in accidents that require a trauma callout, when victims need urgent medical attention on site.

In 2016, there were 43 trauma callouts for high-impact road traffic collisions involving injured victims and entrapment situations and the number increased almost every year since.

Last year, there were 114 callouts and, this year, until last week, the emergency services have already registered more than 87 trauma callouts. 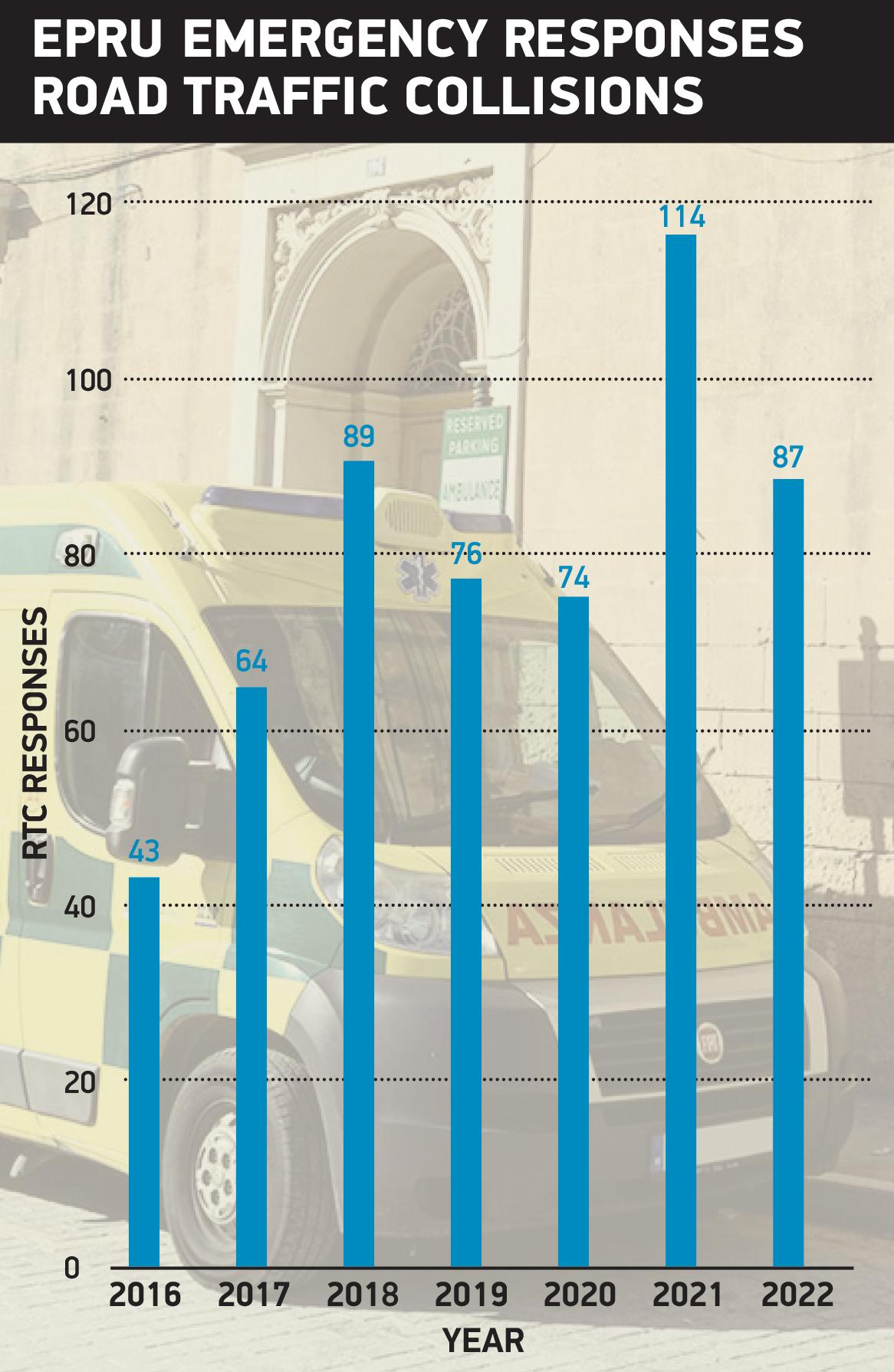 Emergency callout teams are responding to a higher number of serious accidents.

Joslin and Vella said that, despite the NSO’s work, there must be a greater effort from other entities to collect data that specifically highlights the most pressing causes of traffic accidents.

They believe the increasing number of vehicles, scooters and delivery drivers, mobile phone use and driving under the influence might be some of the contributors to the swelling figures, though more accurate data needs to be collected.

Vella said accidents are not just costing lives but they are also costing the state exorbitant sums of money in healthcare and the labour market.

Joslin and Vella are among a group of highly trained experts in the field of medicine, transport and road safety who constantly monitor road accidents, injuries and deaths to be able to increase security, push for better policies and draft plans for safer roads.

Joslin said that the roads situation is not all bleak.

Vella attributes a drop in motorcycle fatalities from seven in 2020 to two in 2021 to the introduction of new speed cameras.

This year, however, four motorcyclists have died on the road, two of whom food couriers.

Joslin noted that the introduction of rapid response vehicles, which were brought in to be used by doctors in 2004 and extended to nurses in 2020, have also helped.

The exercise had started in conjunction with the Civil Protection Department and moved to the Health Department in 2016.

The rapid response vehicles are the silver cars that are sometimes seen whizzing through traffic and wailing their sirens.

They are driven by doctors and nurses, stationed at different parts of the islands.

“In general, victims either die within the first 15 minutes from impact due to injuries that are incompatible with life or airway obstruction or else they make it to hospital but succumb to the injuries shortly afterwards. In some cases, they also die during a longer period of treatment in ITU, after complications arise,” Joslin explained.

“So, we tried to concentrate more efforts on an improved rapid response on site, to increase survival rates.

“But more awareness on road safety needs to be created because the numbers are still very concerning.”

Vella is pushing for an agency which investigates traffic accidents and makes recommendations on improving road safety.