Malta is well prepared in the event of the coronavirus spreading to the country, the health authorities said after concerns sparked panic buying at supermarkets and pharmacies.

They called for calm and said fake reports on social media were causing “unnecessary alarm” after the outbreak in Italy spread south, including to neighbouring Sicily.

There are no known cases in Malta and several people, including one person tested after arriving from Italy on Tuesday and two others who arrived from Bergamo on Monday, had all tested negative, the health authorities said.

Earlier, the nurses’ union had warned that staff at Mater Dei Hospital were not being prepared for a possible coronavirus outbreak but this was refuted by the head of infectious diseases unit, Michael Borg.

He said this was “incorrect” as some 350 nurses had been trained in the emergency department, the infectious diseases ward and the intensive care unit.

In a news conference on Monday evening, public health superintendent Charmaine Gauci said all passengers arriving at Malta International Airport were being tested with thermal cameras.

The cameras, which measure body temperature, will be introduced from Wednesday at the cruise liner terminal in Grand Harbour and for catamaran passengers arriving from Sicily.

Asked why cameras were only being installed on Wednesday, the authorities said they had only arrived on Tuesday.

Cover your mouth while sneezing

Christopher Barbara, head of the pathology department at Mater Dei, said there was no need for extreme measures like avoiding crowds or not sending children to school.

He said the mortality rate of the coronavirus was low, at 2%, and that those at risk were elderly people suffering from other complications. Outlining the procedure being adopted in the event of a suspected case, he said a swab was taken through the nose and tested in the laboratory. It usually takes two hours to get a result and if the outcome is initially positive, further tests are then carried out. 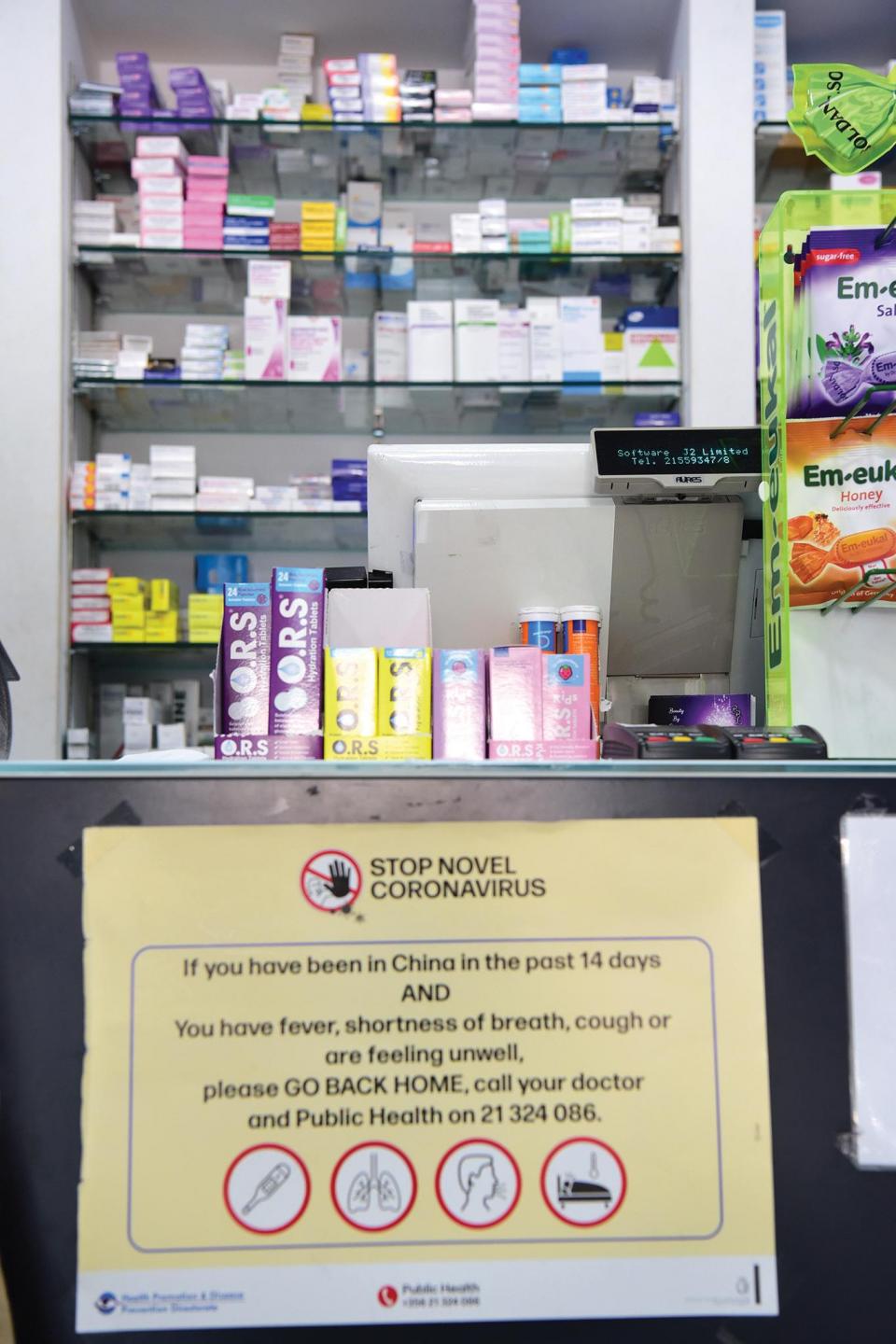 A coronavirus notice in a pharmacy yesterday.

Worried shoppers on Tuesday rushed to supermarkets to purchase daily necessities with shelves at some outlets emptied out. Shoppers rushed to get their hands on toilet paper, oil, milk and flour.

Meanwhile, pharmacists also reported running out of face masks, saying they did not know when they would be able to restock, despite placing orders days ago.

The issues with shortages have been further compounded as dockers insisted they wanted a doctor to examine the stevedores coming from Italy before they went onboard ships to unload the goods, slowing down the process.

Prof. Gauci said international health regulations obliged vessels to alert the port authorities of any sick people on board.

She said the authorities were following recommendations by the European Contagious Diseases Centre and the World Health Organisation. The best form of prevention against the virus was to cover your mouth while sneezing and to wash hands with soap or alcohol rub, Prof. Gauci said.