The developers' lobby has suspended one of its members "involved" in a project near a collapsed building in Ħamrun.

A two-storey home collapsed on Monday, with a 54-year-old mother-of-two feared trapped beneath the rubble. Rescue efforts are expected to continue into the night.

In a statement, the MDA expressed its shock and concern over the "incident" and assured it was taking the necessary measures to help out.

The MDA said it had suspended one of its members, who is involved as an investor in the project "connected to this incident".

A planning application for the project lists Malcolm Mallia on behalf of MCZMC Developers as the applicant. 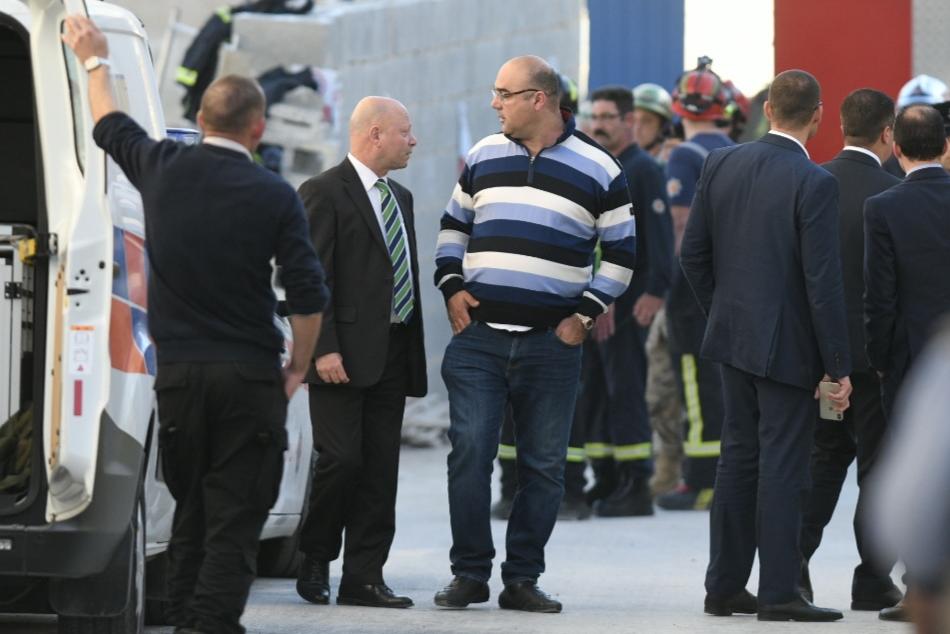 The project is to build a complex with 59 garages, four retail shops at ground floor level and overlying apartments on four floors including a setback floor level on the site at Triq Joseph Abela Scolaro.

In a method statement submitted as part of the planning application, Mr Mallia's architect Roderick Camilleri said there was little risk of any collapses due to the works.

Describing adjacent properties as "low-lying", the statement notes that "no major loads imposed on the rock surface for the time being. Consequently, the chance of any unplanned collapse of the third party structures is a minimum".

Demolition and excavation works were to be carried out by Ludwig Dimech, according to documents submitted as part of the planning application.

Attempts to contact Mr Mallia and Mr Camilleri on Monday afternoon were unsuccessful.

An excavation method statement for the project said there was 'minimum' risk to third party properties.

In its statement, the MDA said that facts still had to be established but that it felt that it should suspend its member for the time being.

"While sending a message of zero tolerance to all those who do not follow the rules, the MDA’s decision will be revised and decided upon, once all the facts of what actually happened are known", the statement said.

The MDA said it has also taken it upon itself to provide temporary shelter to the innocent victims of this incident.

MDA president Sandro Chetcuti was on site with other council members shortly after the collapse.

It said it will continue monitoring the situation closely and assist all those involved.

In a statement, NGO Flimkien Għal Ambjent Aħjar said that the method statement presented by the architect for the project adjacent to the building collapse "proves that the present framework of building safety regulations is criminally inadequate".

It said that objectors and consultees were regularly ignored, with legal changes introduced last year "largely cosmetic", and asked whether the Planning Authority members who approved the project would be held to account.

"Until members of Planning Authority boards and the Building Regulations Office are held professionally and personally liable these abusive permits will continue to be issued."

A mechanism for victims

Just last month, Janet Walker whose own house partially collapsed in 2019, proposed a mechanism to help those who suffered a similar fate.

Ms Walker told Times of Malta she wanted to use her harrowing experience to help the authorities come up with measures to help those impacted by construction-related accidents.

The collapse victim was reacting to comments by Prime Minister Robert Abela that he believed there should be some sort of mechanism residents are provided with alternative accommodation at once in the case of an accident related to construction.