“He is an exemplary man,” was the declaration made by Adrian Hillman’s lawyer as his client was finally charged with fraud, money laundering and other serious crimes. The man who once enjoyed impunity, thanks to his links with Keith Schembri, now pleads for freedom.

Hillman’s elderly father, slowly shuffling onto the stand to bail his son out of the messy labyrinth Schembri led him into, was depressing.

But Schembri led his own father into a worse predicament. Alfio Schembri faces money laundering and fraud charges. Keith made his own father sign documents he had no knowledge of. Alfio received a monthly “salary”, which he passed on to his son.

Hundreds of thousands of euros passed are alleged to have passed from Keith Schembri to Hillman. Hillman owned secret companies in the British Virgin Islands similar to those set up in Panama by Nexia BT’s Brian Tonna for Schembri and Konrad Mizzi.

The arrogant, untouchable Hillman threatened Busuttil with a police report for stating he had received money from Schembri. One News was out in force, defending Hillman at all costs and publishing his full statement in English. The allegations against him were “malicious and unfounded”, One claimed.

With two magisterial inquiries under way and a damning FIAU report on Hillman’s money laundering, Muscat was secretly taking care of Hillman. Within two weeks of Labour’s 2017 election victory, Muscat gifted Hillman a €48,000 per annum consultancy with the Malta Gaming Authority. MGA chairman Joseph Cuschieri did his utmost to conceal this. His office denied Hillman was given a job, stating on June 21, 2017: “Hillman is not doing any work on consultancy with MGA.” At the time of the denial, Hillman had already signed up and was on the state payroll.

This was a direct appointment on explicit instructions from Castille. On paper, Hillman was ironically tasked with “reputation management and public relations”. In fact, Hillman was rarely seen at the MGA and had no office. He was living abroad for long periods. A senior MGA official conceded that “if he works, he does this remotely”. This was another Melvin Theuma phantom job. What was Muscat paying Hillman for?

One job was not enough for Hillman. Secretly, Muscat appointed him as the government representative on the Board of Trustees of the American University of Malta, despite knowing Hillman was up to no good. It took two years for the appointment to be revealed when AUM president Jean de Nassau inadvertently disclosed that Hillman was the government’s representative. OPM staff desperately tried to prevent Hillman from being seen with Muscat at the AUM inauguration.

When Muscat was challenged about Hillman’s appointment his vicious streak was in full view. “It was reported in your own newspaper but maybe you don’t read it,” he mocked the reporter questioning him. “I have no problem with Mr Hillman,” Muscat declared. As the veins on his forehead bulged menacingly, Muscat went on: “I hope that when the investigations are concluded you will apologise to him.”

Emboldened by Muscat’s defence, Hillman got AUM to appoint his wife, Velislava, director of the only academic institute at AUM – the Data, Media and Society Centre.

Muscat continued to cover up. When Busuttil asked parliamentary questions, Muscat failed to disclose the date of Hillman’s appointment or the remuneration he received. Later, Muscat unbelievably claimed that Hillman wasn’t paid. That cover-up is perpetuated by Robert Abela. Abela has turned down freedom of information requests to publish Hillman’s letter of appointment, which would establish whether Muscat’s preposterous claims were true. Abela now claims that the appointment letter is lost.

In January 2020, soon after Muscat was forced out, the exemplary Hillman was said to have been misappropriating funds intended for private companies, according to Parliamentary Secretary Clayton Bartolo. Hillman’s €4,000-per-month consultancy was terminated. So was his AUM post.

Hillman’s certainty of his power drove him to attack Bartolo: “His methods do not befit a politician in his position.” Hillman even accused Bartolo that his “public statement is full of insinuations” and “he is attempting to destroy a single individual”. He demanded Bartolo “retract and clarify his statement”. He threatened that “I will be acting accordingly”. Of course, Hillman never sued the parliamentary secretary.

As the magisterial inquiry on Hillman and Schembri concluded, Hillman’s protection continued. The attorney general rejected Busuttil’s request for a copy of the inquiry report.

Hillman’s once staunch defender, One News, suddenly and swiftly discarded and disowned him. The news organisation that broadcast Hillman’s innocence was now proclaiming his extradition and arraignment. Overnight, One discovered that Hillman “has ties with PN MP Mario de Marco” and headlines announced “de Marco’s best man” was being extradited.

Hillman’s manufactured links with de Marco were repeated multiple times on One. Alas, it wasn’t de Marco who appointed Hillman at MGA and AUM but Muscat, whose reprehensible protection of the man accused of serious crimes never featured on One News.

Muscat’s shielding of Hillman was not an oversight or misjudgement. Muscat actively bought Hillman’s silence with taxpayers’ money. And perverted the course of justice. One man is sorely missing from the dock. 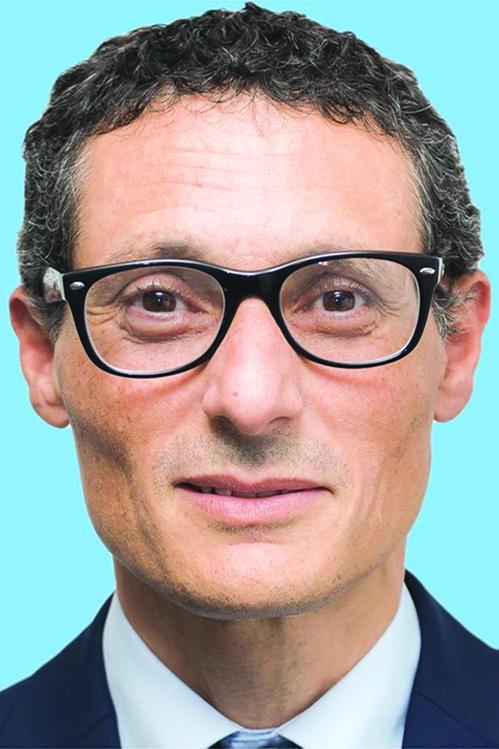