Egrant, once claimed to belong to Joseph Muscat’s wife Michelle, was the companion Panama company to those owned by Keith Schembri and Konrad Mizzi. The claim was debunked by an inquiry but Egrant’s owner is still unknown. Jacob Borg revisits the unsolved mystery.

As Labour swept to power in March 2013, Nexia BT, described recently in court testimony as a key cog in a money-laundering machine, was on a mission.

Having solidified links with the notorious Panama law firm Mossack Fonseca, Nexia BT went about buying three Panamanian shell companies from it over the summer of 2013.

Tillgate would eventually find a home with Keith Schembri. Hearnville was the shell entity chosen for Konrad Mizzi.

Egrant, according to Nexia BT managing partner Brian Tonna, lay gathering dust on a shelf, waiting for someone to adopt it as his/her anonymous shell company of choice. 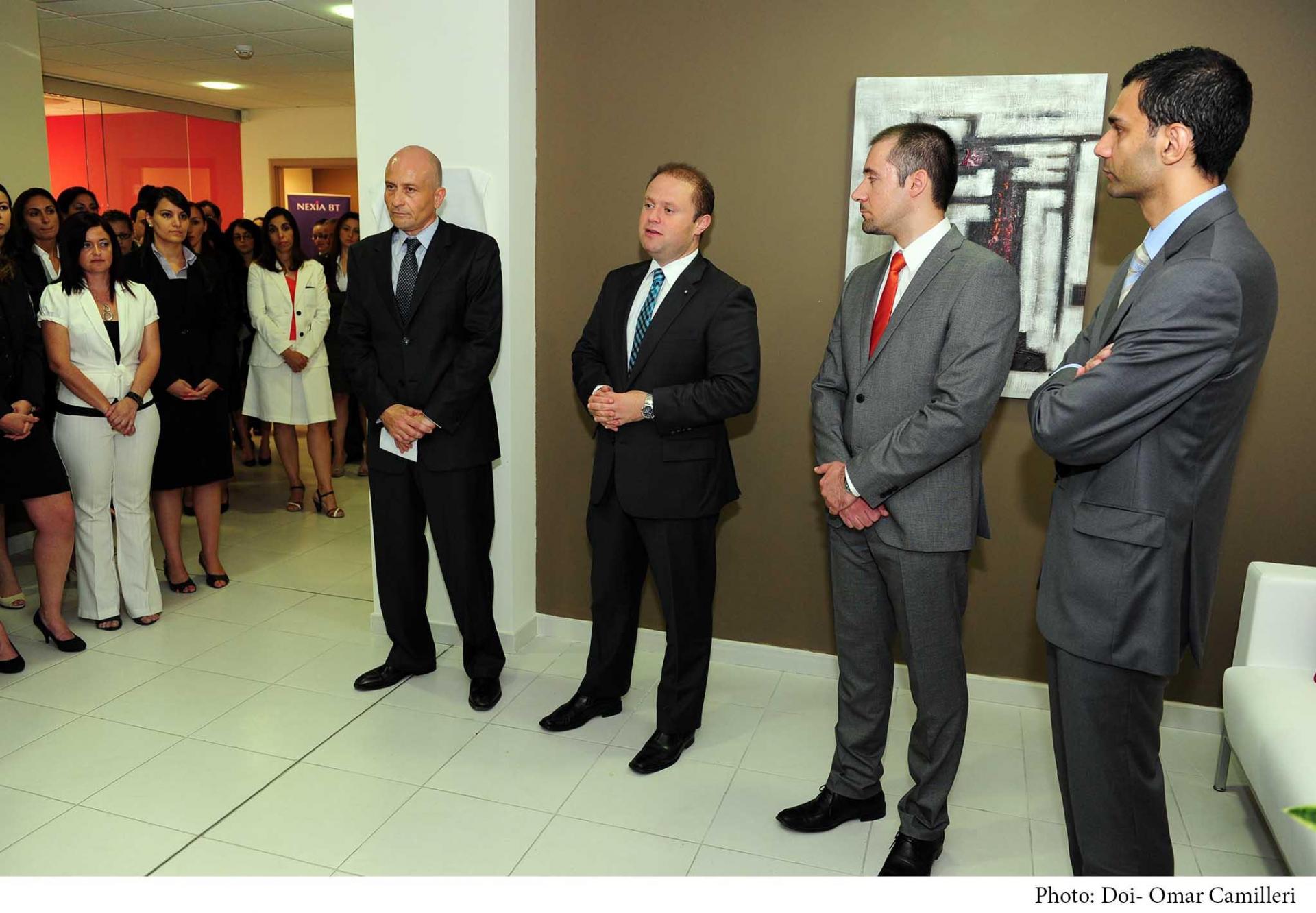 A fourth company, Torbridge, this time registered in the British Virgin Islands, would make its way to Chen Cheng, the Accenture negotiator involved in the Shanghai Electric Power deal.

Chen was recently outed by Times of Malta and Reuters as being linked to the owner of Macbridge, a company that, along with Yorgen Fenech’s 17 Black, planned to feed back millions into Tillgate and Hearnville.

During that same period, Nexia BT also took over management of three other BVI companies linked to corruption in the procurement of a printing press by Allied Group’s printing arm Progress Press.

Evidence in the Panama Papers shows that leaving Egrant “on the shelf” would have made little economic sense for Nexia BT.

Even at those early stages in 2013, Nexia BT did not want the public to know it was linked to the acquisition of these companies.

Instead, the company opted to pay Mossack Fonseca thousands of dollars from day one to obscure the ownership of Hearnville, Tillgate and Egrant.

This was done using what are known as nominee or sham directors. Nexia BT paid these directors to hide who the real people behind these Panama companies were.

If Egrant was never passed on to a client, it would have been money down the drain for Nexia BT as it continued to hide its ownership.

Even if Brian Tonna was the owner on paper of Egrant from day one, as he claims, this does not exclude the possibility that he was fronting Egrant for someone else. Such a hypothetical set-up would have provided an added layer of protection for the final owner. 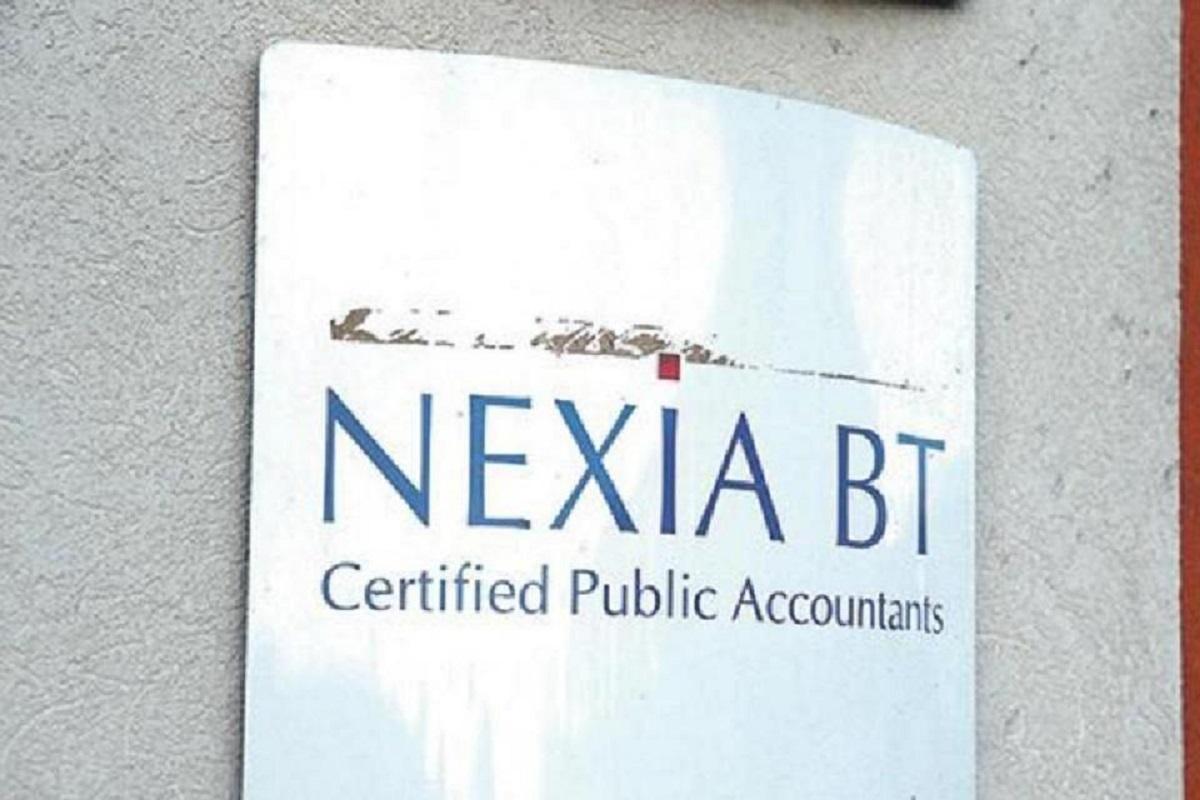 Nexia BT, the local advisory firm at the epicentre of the Panama Papers scanda.

That exact same formula was used by Chen Cheng, with his mother-in-law Tang Zhaomin showing up as the owner on paper of Macbridge.

It was noted how in December 2015, in response to a request for a Panama company by a client, Nexia BT bought a new company called Real Trade Investment Global Corp from Mossack Fonseca, instead of simply transferring “shelf company” Egrant to the new client.

“This seems to imply that Egrant Inc was already assigned to a specific UBO [ultimate beneficial owner].

“We can see no logic in Tonna purchasing Egrant or retaining it for as long as he did if, as he alleges, it was merely a shelf company,” the forensic experts noted. 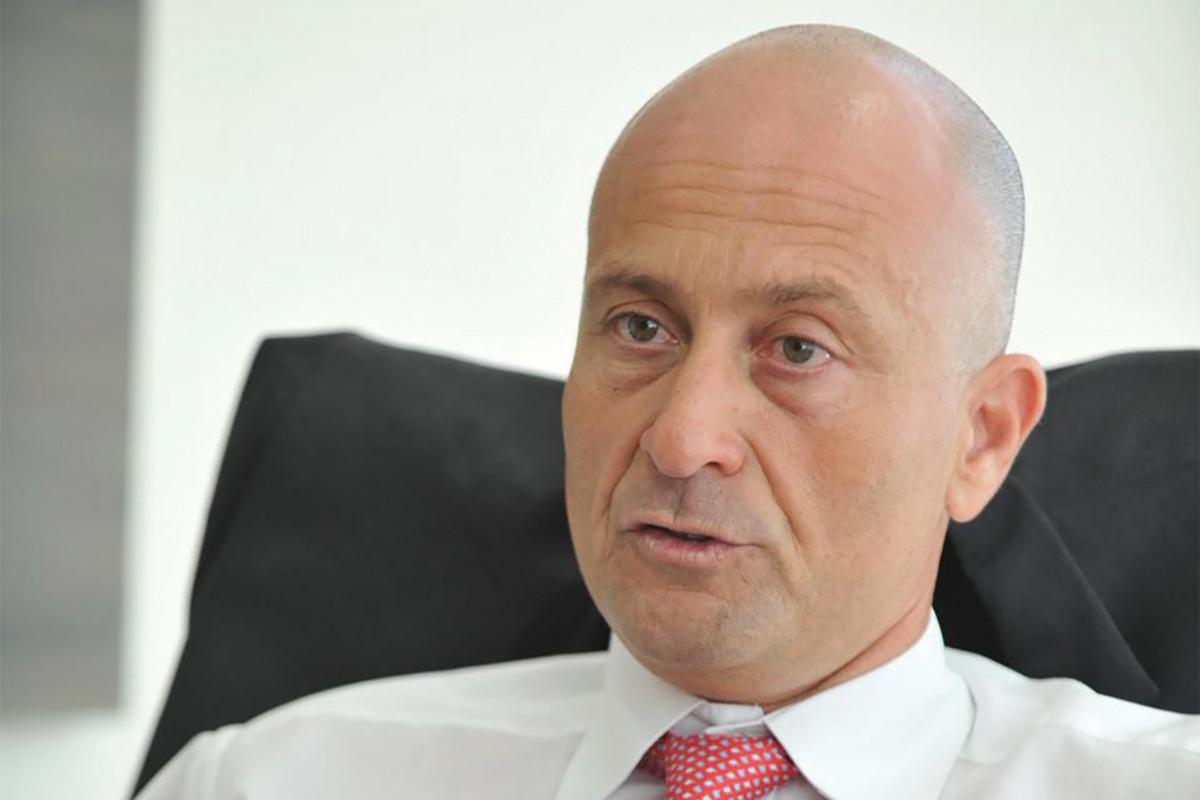 Nexia BT’s Brian Tonna... if Egrant was never passed on to a client, it would have been money down the drain for Nexia BT.

As fingers began to point towards Muscat being the intended owner of Egrant, Tonna felt the need to get his story straight.

Analysis of Nexia BT e-mails carried out as part of the Egrant inquiry found that Tonna had started to develop what he referred to as the “final script” to deal with enquiries about Egrant and the Panama Papers leak.

“There are various other instances of him emailing himself to record his thoughts on issues.

“This is the first in a series of emails and other documents developed between July 2016 and April 2017 which articulate and edit what will be said in response to questions from the press, the Pana Committee and others,” forensic accounting experts working on the inquiry noted.

These documents were “developed” principally by Tonna and fellow Nexia BT partner Karl Cini, according to the inquiry findings.

Nexia BT’s partners have been accused of false accounting and forging documents in a separate money-laundering case.

The inquiry found a “voluminous” amount of “final script type documents” in the Nexia BT cache, which were detailed in an evidence appendix that was never published.

While Tonna worked on his script, Muscat stuck by his own script by defending Schembri and Mizzi’s Panama dabblings as unrelated to their government work.

Overwhelming evidence now exists that the Panama structures were set up to channel kickbacks from Macbridge and 17 Black, the company owned by Daphne Caruana Galizia murder suspect Yorgen Fenech.

It has also since emerged that Muscat, Schembri, Mizzi and Fenech were all good friends. 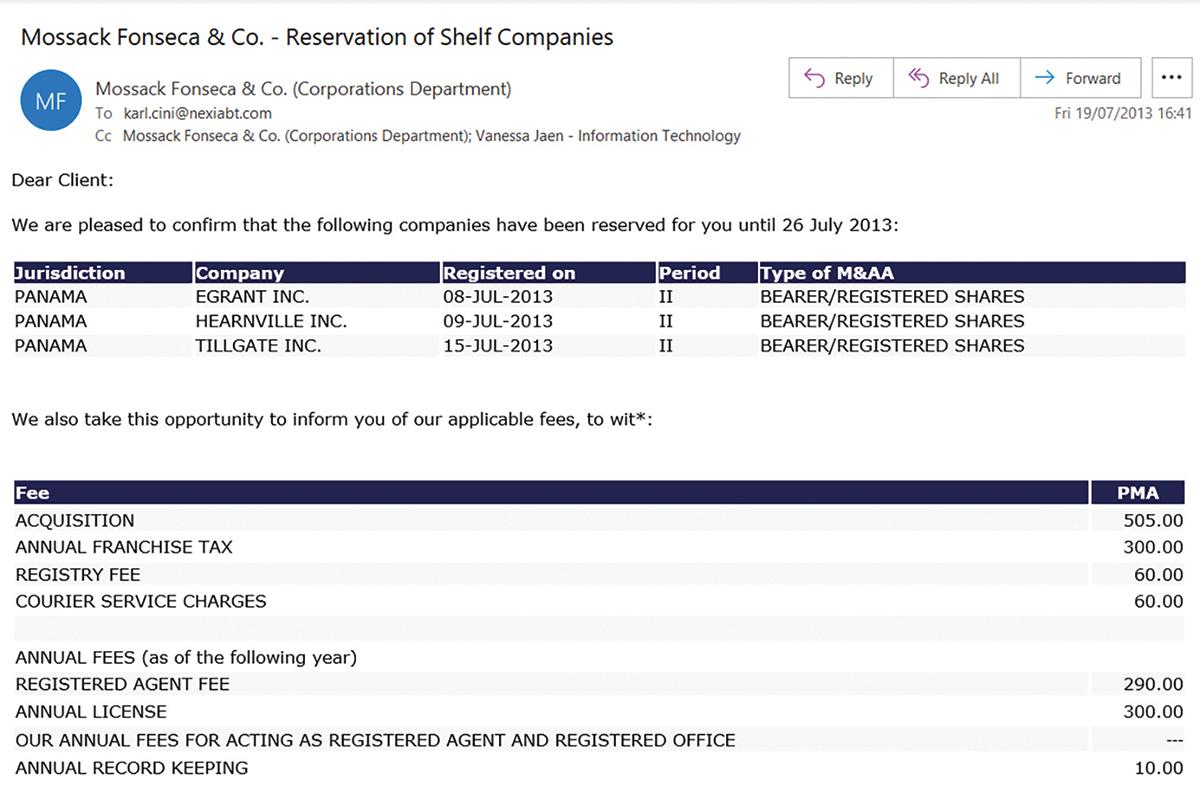 All three companies were ordered together, with fees payable annually.

Nexia BT appear to have even “created” documents to support their claims that Tonna was the sole owner of Egrant.

This creative process began in January 2017, when Cini, with input from Tonna, “created” documents which would “purport to come from Mossack Fonseca” to show who owns Egrant and what types of shares were issued.

The documents went through several drafts between January 30 and February 25, and versions were distributed to Times of Malta and a European Parliament committee as “evidence” to back up statements made by Nexia BT about Egrant.

“It is clear that these documents were in fact created by Karl Cini and Brian Tonna with no input from Mossack Fonseca,” the forensic experts concluded.

The experts found that Nexia BT had simply e-mailed the documents to Mossack Fonseca official Ricardo Samaniego, who signed off on them. 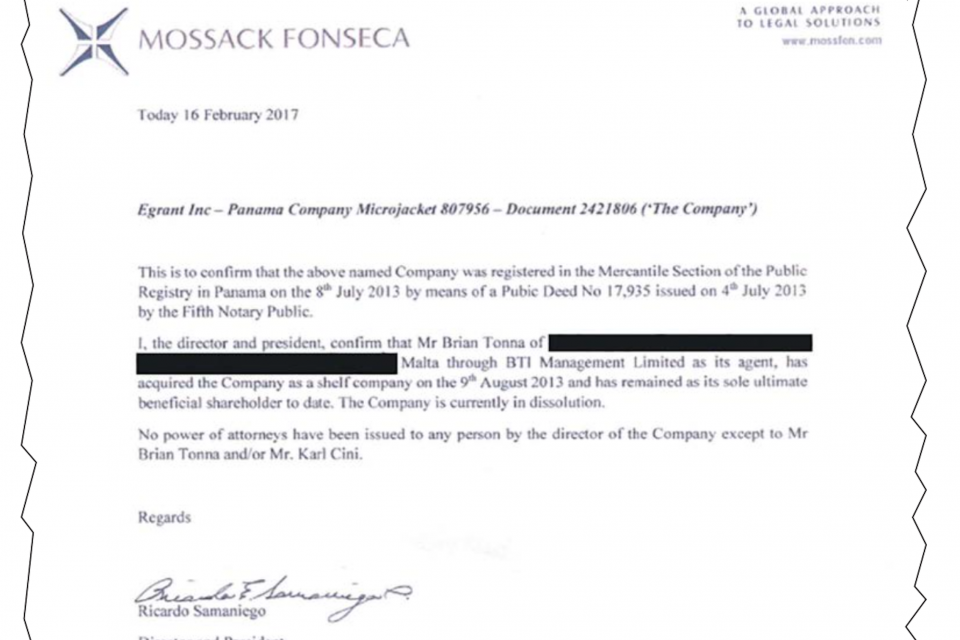 The ownership document 'created' by Tonna and Cini, then signed by Samaniego.

Samaniego admitted to the inquiry that while he really was a director of Egrant, he had no idea who the actual owners were nor any knowledge about any transactions the company could have been involved in.

Times of Malta revealed in 2018 how Mossack Fonseca had flatly denied a request by Nexia BT to refute allegations by slain journalist Daphne Caruana Galizia that a declaration of trust existed linking Egrant to Muscat’s wife Michelle.

The request was denied as Mossack Fonseca admitted internally that they would have no idea who owned Egrant after they transferred the company to Nexia BT in 2013. 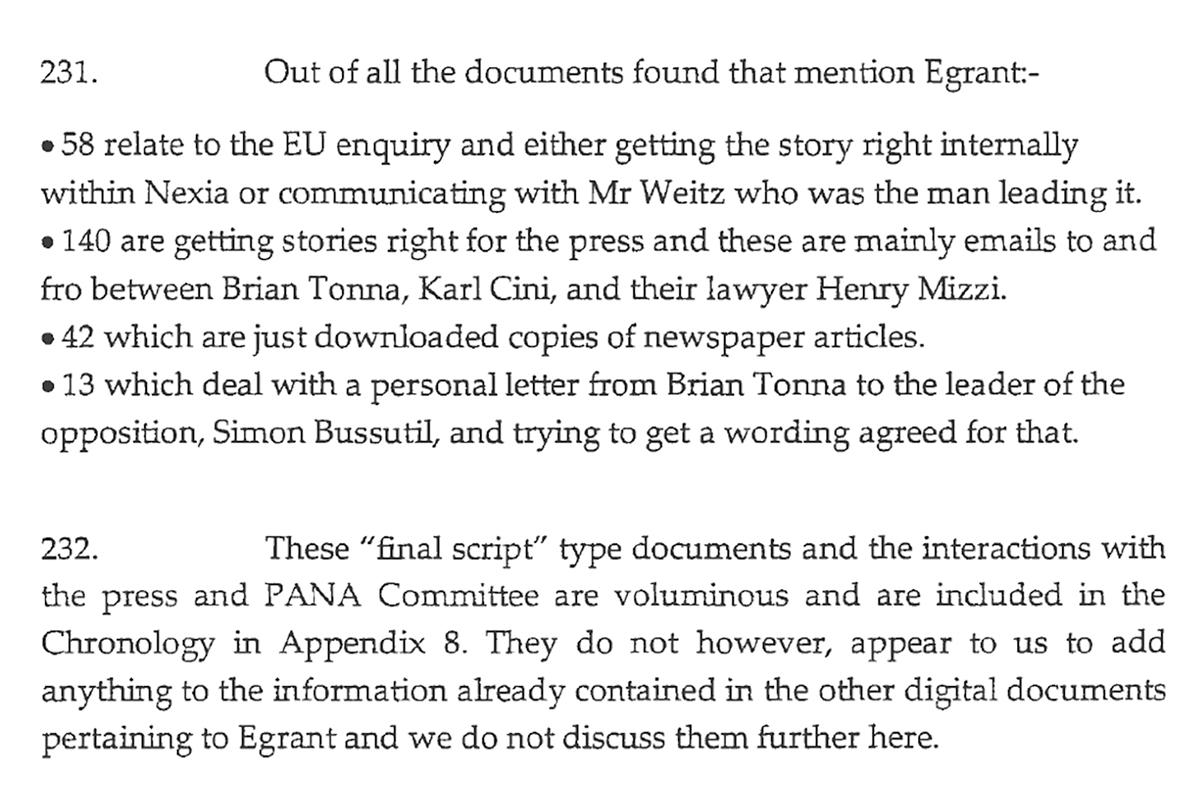 An excerpt from the inquiry detailing Brian Tonna’s Egrant script.

The inquiry laid out in precise detail how Tonna and Cini went about creating documents about Egrant’s ownership.

The process started with an e-mail on January 30, 2017 from Cini to Tonna, titled: “Happy with this?”

This e-mail likely followed a discussion between them about the type of story they wanted from Mossack Fonseca about Egrant.

Tonna immediately replied: “Yes – can we add intention shelf”, a possible reference to the claim they wanted to put across about Egrant always being a shelf company.

“I can try whether they put it in or not I don’t know,” Cini replied.

According to the expert findings, the January 30 draft was used as the basis for a new document, which had the date typed as “Today 16 February 2017”, despite being created two weeks earlier than that date. 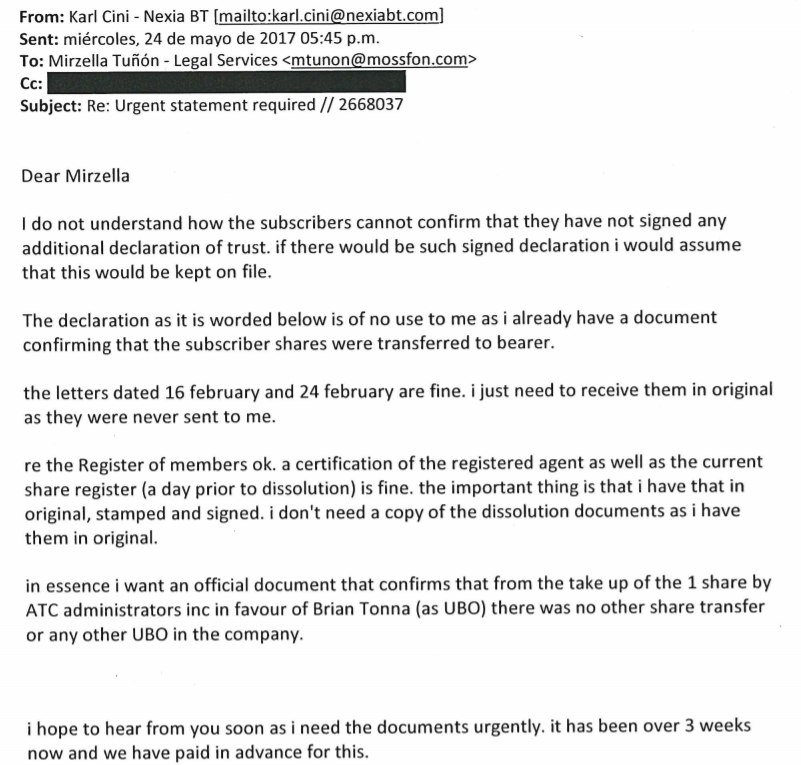 Karl Cini wrote to Mossack Fonseca asking them to issue a document saying Brian Tonna owned Egrant from day one.

The same document also stated that Egrant was “current in dissolution”, even though it was not actually in dissolution until the following April.

Analysis of Nexia BT’s computers also led to the discovery indicating that a USB device with a subfolder called “Egrant” had been attached to a Nexia BT laptop.

No further evidence wasfound to show what the folder contained.

“It does raise the possibility that there were digital files in relation to Egrant which were not held on or copied onto the digital devices seized.

“Its present whereabouts is unknown,” the forensic experts noted.

The Egrant story linking the Panama company to Michelle Muscat was found to have hinged on falsified documents.

Investigative journalist Daphne Caruana Galizia had carried the story in a series of blog posts in April 2017.

The inquiry ordered a police investigation into who was behind the falsification.

To date, no one has been charged with falsifying these documents.

Maria Efimova, the Russian Pilatus Bank employee said to have ‘discovered’ the documents in a safe at the bank, has since fled the island. 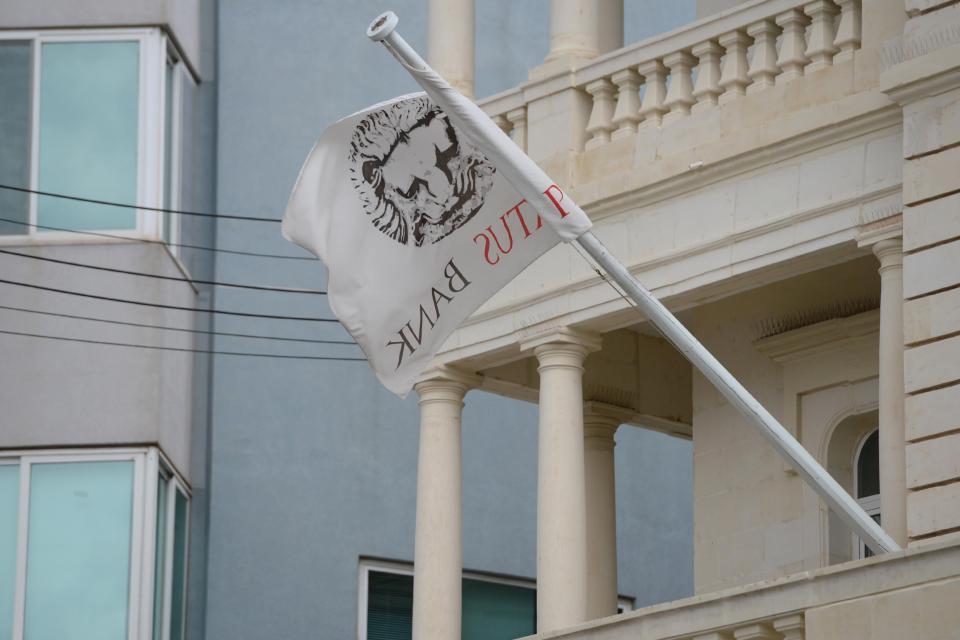 The now defunct Pilatus Bank found itself at the centre of the Egrant story.

Pierre Portelli, the former right-hand man of Adrian Delia, had handed a copy of the falsified documents to the Egrant inquiry in the summer of 2017.

Delia had used the Egrant findings in a failed attempt to oust his predecessor Simon Busuttil from the Nationalist Party the following year.

Busuttil had taken up the Egrant story as a further rallying cry against corruption during the campaign leading up to the June 2017 general election.