The government and Fomm ir-Riħ landowner Sandro Chetcuti are in talks over ways to make the passageway to the foreshore safe, claiming there are liability issues at stake.

But according to a lawyer who spoke to Times of Malta about liability laws, the
issue is not as straightforward as Chetcuti's lawyer has so far made it out to be.

While Chetcuti is correct in saying he would be liable for damages if someone is injured on his property, this would only be the case if a person has been invited there by Chetcuti himself.

According to the lawyer, it would be very difficult for a person to seek damages if the injury happened while trespassing.

In court, the team defending Chetcuti would likely bring up the volenti non fit iniuria doctrine. Simply put, this states that if someone voluntarily places himself in a position where he knows that some degree of harm might result (in this case, someone roaming the Fomm ir-Riħ area), he/she may not subsequently bring an action against a third party (in this case, Chetcuti).

It exonerates that person who would otherwise be deemed responsible, due to the fact that the victim has knowingly assumed a certain level of risk for the act that caused the injury.

Signs put up by the government ahead of the passageway highlight that the area is dangerous.

The issue with Fomm ir-Riħ, however, is complicated further because of a deed signed between the government and a previous landowner stating that access to the foreshore can never be blocked off.

On Friday, Times of Malta reported that the government has no intention of relinquishing that right. 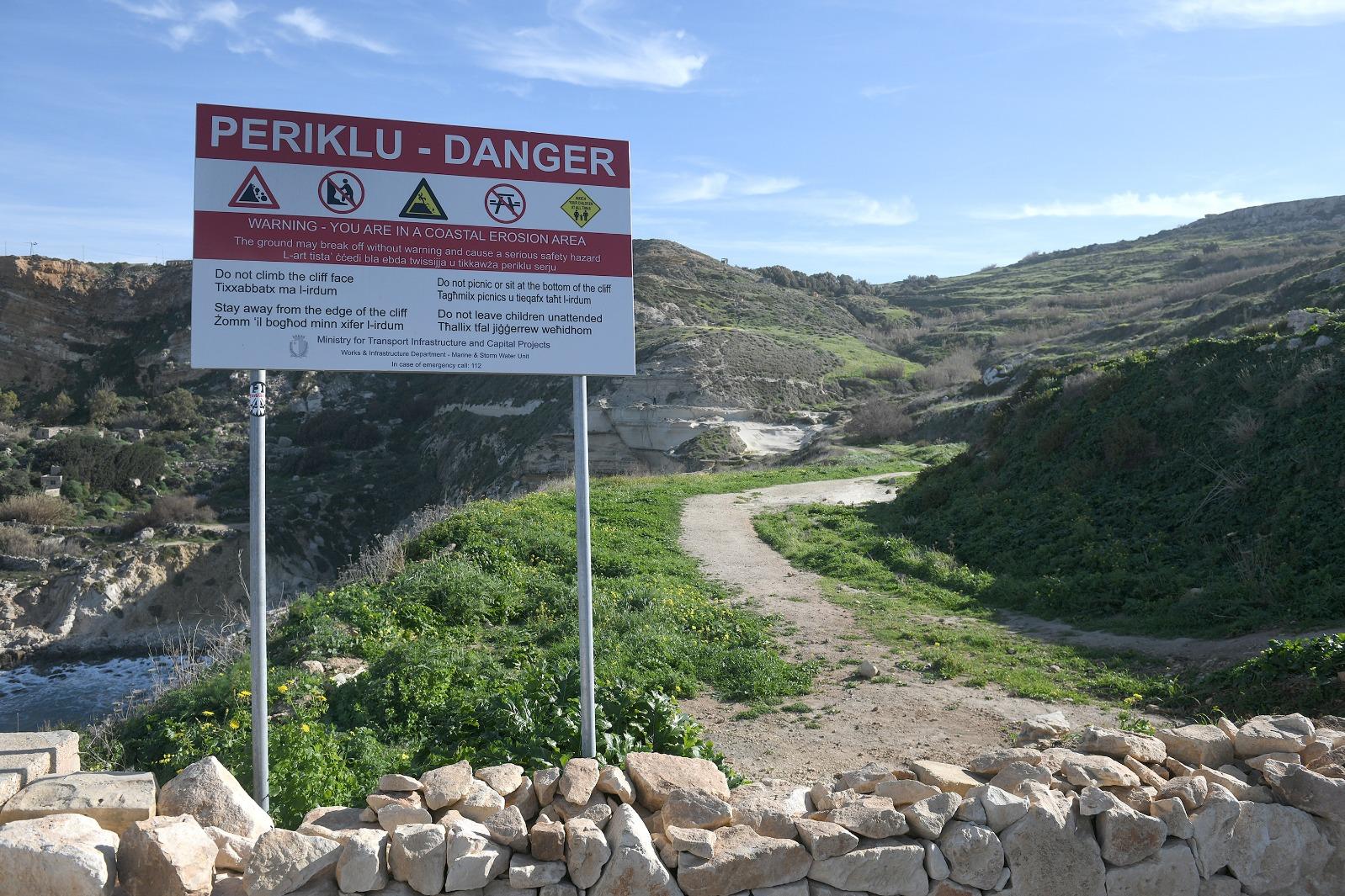 On his part, Chetcuti has also said he never intended to close the passageway but only installed a barrier temporarily for safety reasons, until the path to the foreshore is made safe.

He is now in talks with authorities to reach a solution.

Since Chetcuti has no option but to allow access to the foreshore, anyone walking through this passageway has permission to do so and, therefore, if an injury occurred there, the landowner could indeed be liable.

As the full deed between the government and the landowner has not been made public, the lawyer pointed out there could still be additional clauses that both sides must adhere to.

But with the available information, Chetcuti’s claims that he could be held responsible if a person is injured on his land only applies to the passageway.

Elsewhere, since the land is privately owned, anyone roaming the area would be considered trespassing and in court, Chetcuti could invoke the volenti non fit iniuria doctrine and would not be made to pay damages.