Malta is to require all travellers to present proof of COVID-19 vaccination and shut down English language schools as of next week, following a spike in virus cases.

Health Minister Chris Fearne said that incoming travellers would have to present a recognised vaccine certificate to be allowed into Malta as of Wednesday, July 14.

“We will be the first country in Europe to take this step,” he said. "We are not changing other parts of our [reopening] plan for now, but we will do so if the science suggests we should do so."

Children accompanying their parents will have to present a recent negative PCR test to be allowed in. Unaccompanied children will not be allowed into the country.

"The rules are the same as for red zone countries. People without a vaccine certificate cannot travel there without authorisation, for whatever reason. Unvaccinated people must have permission from the Superintendence of Public Health to enter or exit the country," he said.

Any unvaccinated Maltese residents currently abroad will have to quarantine upon their return, but must alert public health authorities by emailing covid19.vetting@gov.mt before returning to Malta.

Malta currently only requires travellers from the UK to present proof of vaccination to enter the country, with visitors from other countries on the amber list allowed to present a negative PCR test.

The measure was announced after Malta saw the number of active virus cases increase fivefold over a 10-day period.  Malta reported 96 new COVID-19 cases on Friday - the fourth consecutive day that the number of new virus cases effectively doubled over the previous one.

Seven of those cases are of the Delta virus variant, Gauci said.

Fearne said a majority of new virus cases were linked to overseas travel, with a particular spike in cases related to English language schools.

Virus cases have been reported at nine different language schools, the minister said. As a result, the schools would be closed down as of next Wednesday.

How many are vaccinated?

Despite the rapid rise in infection rates, hospitalisation rates are still low, with just three of the current 252 virus patients in hospital.

The most recent hospital patient is a foreign national who lives in Malta who had received their first vaccine dose a short while before being infected, Fearne said. 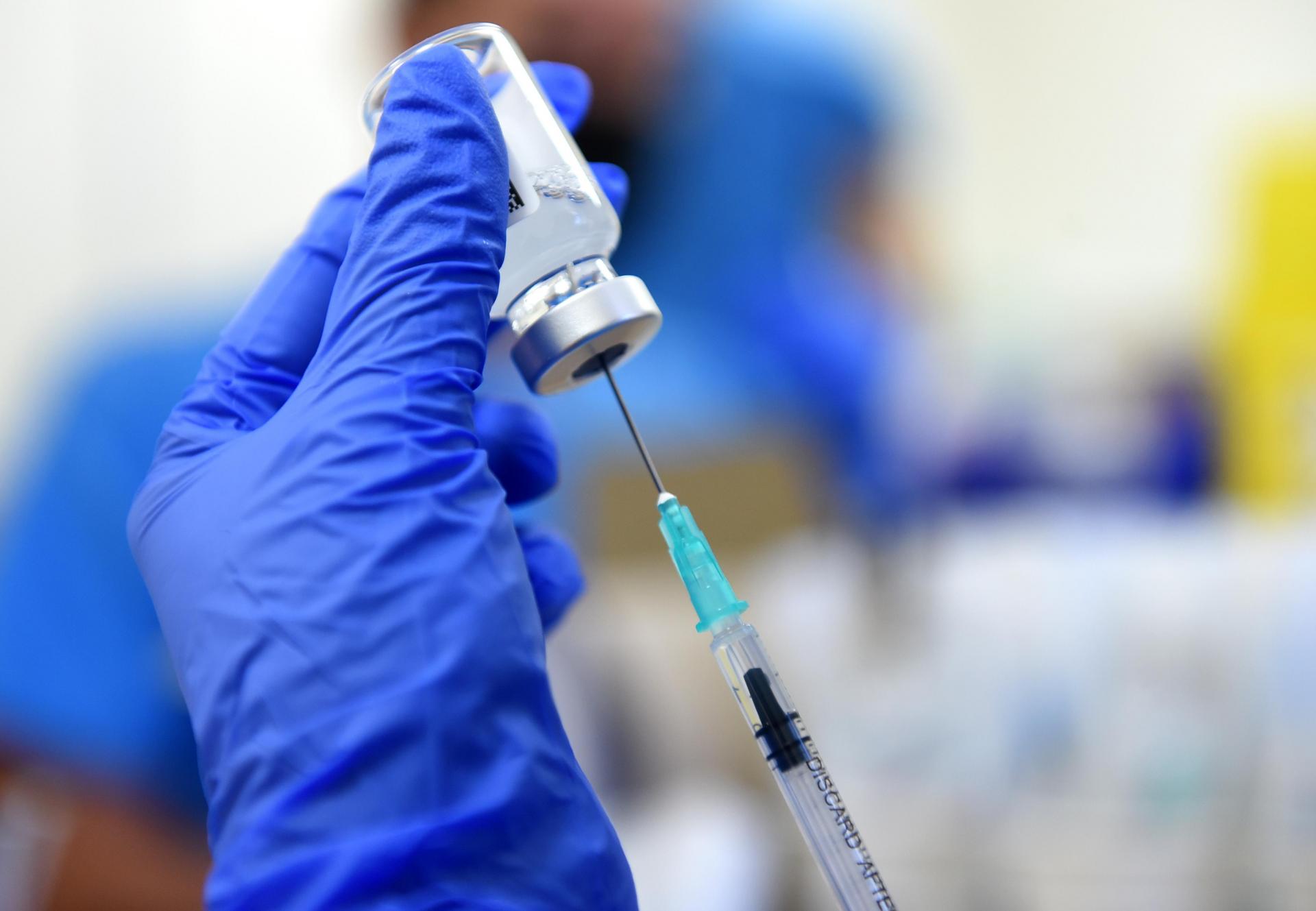 Around 79 per cent of adults are now fully vaccinated. Photo: Chris Sant Fournier

Who is getting infected?

Around 90 per cent of newly-detected infections are among people who have not been vaccinated, Fearne said.

The average patient is 24 years old, with most cases among the 15-30 age cohort and traced to people from mainland Europe.

Thirty-five of the 151 new virus patients recorded over the past two days are Maltese residents. No cases have been traced to a street party in Ħamrun "so far", the minister said.

Public health chief Charmaine Gauci said that the positivity rate has now risen to 1.18, with the seven-day moving average number of new cases up to 31.

Gauci warned people to expect a further rise in case numbers over the coming days.

UK authorities have advised British residents that Malta does not recognise batches of an Indian-made AstraZeneca vaccine as valid.

The batches of the Covishield vaccine was not administered locally, Fearne reassured. 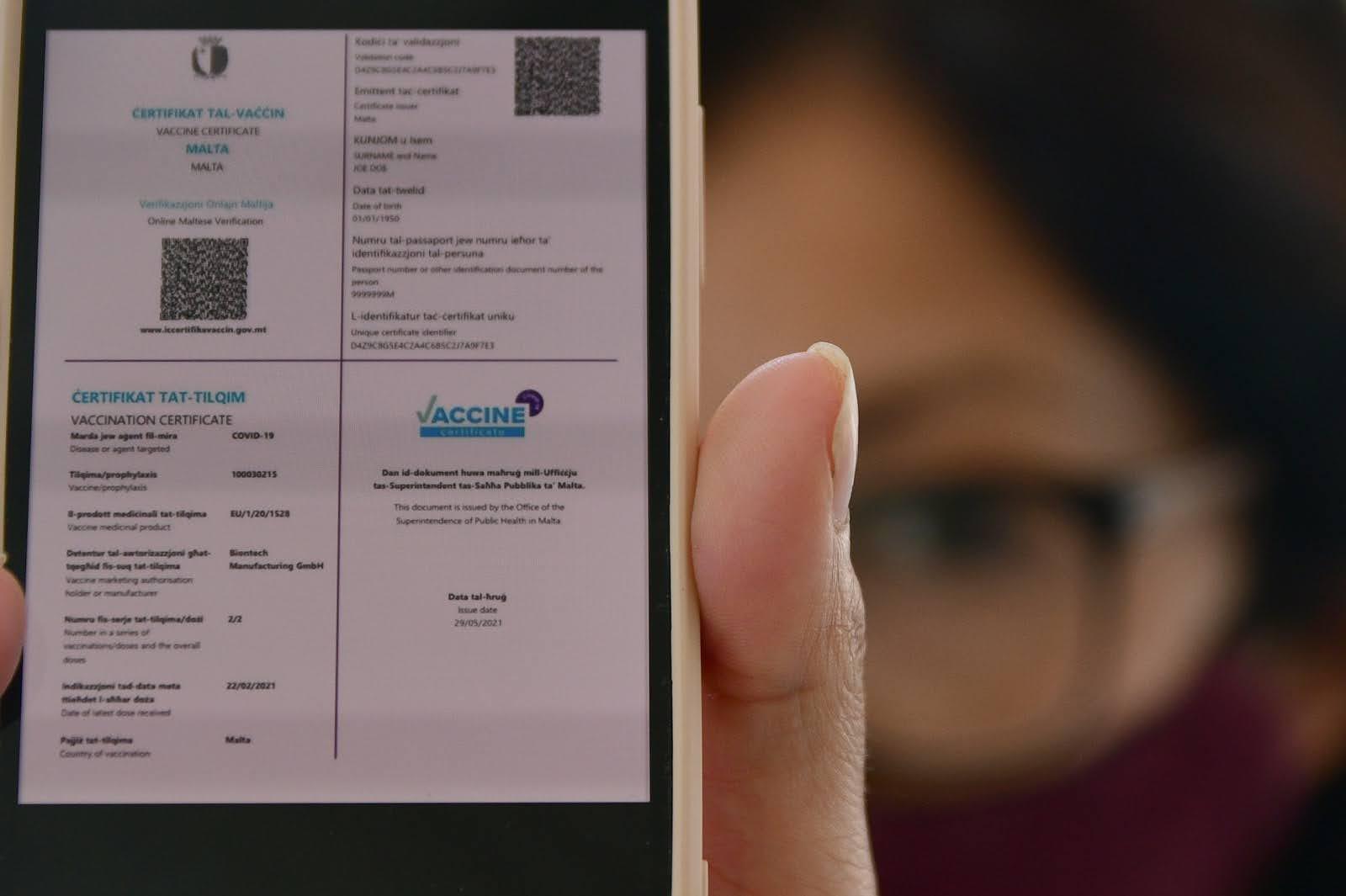 A Maltese digital vaccine certificate: proof of vaccination will be mandatory for all travel as of next week. Photo: Jonathan Borg

Doctors have pinned the blame for the rise in infections on the Tourism Ministry, which they say has prioritised reopening tourism to "tourist brackets characterised by unruly behaviour with high transmission and low vaccination rates".

Speaking during Friday's press conference, the health minister said that talks were under way to increase enforcement of ongoing public health rules and pledged to increase police presence of the streets.

'We have to look after locals first' - Fearne

Malta International Airport, meanwhile, has said that it is bracing itself for a busy weekend and is expecting around 1,100 passengers to arrive simultaneously. The airport has been plagued by logistical problems to process COVID-19 paperwork and has urged authorities to increase their staff contingent there.

Fearne brushed aside suggestions that it was not "fair" to impose mandatory vaccination requirements on tourists at such short notice.

"It is not fair to put locals who cannot get vaccinated at risk. We have to look after our residents first," he said.

'Pointing fingers will not help anyone' - MHRA

The hotel and restaurant lobby reacted tepidly to the revised travel rules, saying it recognised the "spirit" of the measure while noting that travellers and operators could have been given more time to prepare for it.

"COVID-19 is a virus which cannot be easily eradicated, and the challenge is to establish smart ways how to best live with it," the Malta Hotels and Restaurants Association said, in a statement that urged people not to pin the blame for rise in cases on any one sector.