Police were urged to arrest Keith Schembri and investigate him again in connection with Daphne Caruana Galizia’s murder during Thursday’s Cabinet meeting, amid serious concerns of a possible “frame up”.

Ministers and parliamentary secretaries expressed “shock and disbelief” as a letter feared to have been written by the former chief of staff was handed out by investigators. The letter appeared to “frame” Minister Chris Cardona with the murder.

“It was chilling. I just couldn’t believe my eyes,” one Cabinet member told The Sunday Times of Malta. The matter was discussed during the marathon and often tense six-hour Cabinet meeting which stretched into the early hours of Friday morning.

Contacted last night, Mr Schembri protested his innocence and insisted he had nothing to do with the letter.

A Cabinet minister described reading the four-page typed letter, and the ensuing argument among his colleagues, as the worst experience of his life.  On Friday, Times of Malta reported how ministers had raised fears that Mr Schembri and Yorgen Fenech, who was on Saturday formally charged with complicity in Ms Caruana Galizia’s assassination, had plotted to link Dr Cardona with the murder.

Dr Cardona and one member of his staff, along with a canvasser, were briefly called in for questioning in relation to the murder probe last weekend. 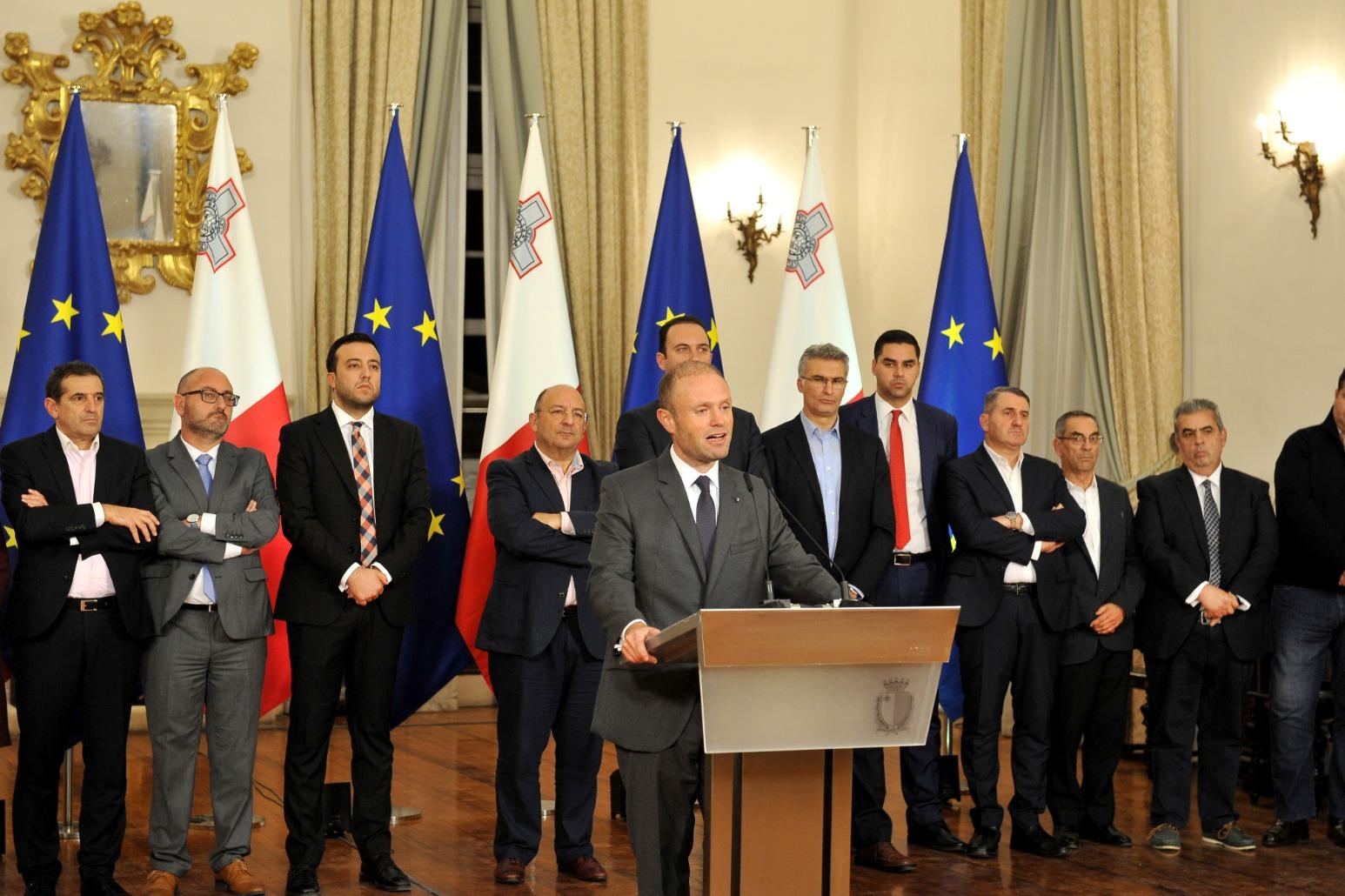 During Thursday night’s meeting, investigators detailed the way the note had allegedly been passed on to Mr Fenech while in police custody directing him to pin the murder on Dr Cardona and providing details how this should be done.

The letter was alleged to have been passed on to him by doctor Adrian Vella, who treats both Mr Schembri and Mr Fenech.

Alterations to the four pages were scribbled on the letter with ink, leading investigators to suspect there had been a “back and forth” discussion over the story linking the crime to Dr Cardona.

The Sunday Times of Malta is informed that the letter claimed Dr Cardona had met with one of the three men charged with having carried out the car bomb murder in October 2017.

The alleged meeting, according to the letter, happened in Dr Cardona’s own car near a bar he was known to frequent in Siġġiewi.

We are talking about the most serious accusations. Nobody should be allowed to walk away scot free

According to the letter, the now-suspended Economy Minister offered the alleged assassins a quid pro quo – a car bomb targeting the journalist in exchange for his help as a minister in facilitating other crimes they may have been planning to commit.

The two men brought in for questioning aside from Dr Cardona were also named in the letter. One of the two men is known to have visited the Marsa potato shed where alleged assassins Vincent Muscat and Alfred and George Degiorgio are said to have planned the car bomb.

Ministers who spoke to The Sunday Times of Malta on condition of anonymity said that on reading the four pages, they felt “physically sick”.

One MP, sources said, engaged in a boisterous encounter with the Police Commissioner in the Cabinet room.

A number of Cabinet members urged the police to study the contents of the letter in detail, investigate the handwriting and carry out forensic analysis to ascertain who was behind it.

“If it’s a man charged with Daphne’s murder who is trying to shift the onus of the murder on Chris Cardona it’s one thing, but if it’s one of our own doing it – God forbid,” a member of Cabinet said.

Sources from inside the meeting said the majority of Cabinet was determined to leave no stone unturned in this case “no matter where it goes”.

“Justice needs to be equal for all, we are talking about the most serious accusations here. Nobody should be allowed to walk away scot free.”

One Cabinet member said it was hard to know what to believe.

“We still don’t know who is telling the truth. Could it be delaying tactics from Yorgen Fenech? His attempts to tarnish Keith Schembri? Or is Schembri actually involved? It’s not up to us to confirm the evidence, it’s the police who need to do this.”

Another member of Cabinet said that as far as he was concerned the police should not have let Mr Schembri go.

“When I read the letter it was so shocking that I was lost for words… The sentiment among some of us is that this is criminal. We believe the police have enough evidence in hand to proceed and question Keith again.”

I immediately denied that the letter came from me- Keith Schembri

When contacted, Mr Schembri said he had no knowledge what had taken place during Thursday night’s Cabinet meeting, and that ministers’ concerns were news to him.

But he insisted: “I immediately denied that the letter came from me when they were interrogating me and I stand by that completely.”

He also said he would speak up about the matter at a later stage, adding that he did not want to prejudice the ongoing court proceedings at this time.

Mr Schembri said that he had been questioned twice, both times for some six hours and in the presence of experts from Europol, a number of police officers, and other officials.

During the first round of questions, investigators had shown him a document which they had informed him had been supplied to the investigation by Mr Fenech.

The second time he was questioned, police were in possession of the four-page letter which Mr Fenech had claimed had come from Dr Vella.

This second letter was almost identical to the first, Mr Schembri said.

He said he would never frame anyone for any crime, least of all a government colleague.