Labour Party heavyweights have embarked on unofficial campaigns to jockey for support to replace Joseph Muscat, even if close advisers of the Prime Minister say he will not step down any time soon.

Dr Muscat has pledged to step down before the next general election, although details remain scarce and opinions conflicting.

Some sources have said that he intends to set the ball rolling to choose his successor after the presentation of the Budget, with Dr Muscat continue serving as Prime Minister for six months once the new Labour leader was chosen.

Others said Dr Muscat would remain as Prime Minister for a while longer and step down closer to the end of the legislature.

According to the Labour statute, the two top-performing candidates among the party’s 750 delegates will move on to an election that would involve all party members.

The poll among party members shows Mr Fearne leading with a five per cent margin over Dr Dalli, two points ahead of Dr Mizzi with the Transport Minister another two points behind.

How reliable is the poll?

However, the poll's margin of error is unknown and could impact the result significantly.

Although Mr Fearne enjoyed a lead, insiders said the landscape would change dramatically once other names dropped out of the running or decided to endorse one of the other possible contenders.

Some party sources, meanwhile, were cautious when confronted with the figures, saying they needed to be taken with “a healthy pinch of salt”.

He could change his mind

“Party delegates might be telling different contenders what they want to hear ‘Yes I’ll vote for you’ and ‘yes I’ll vote for whoever else asks’. Secondly, it’s still early days for a poll like that,” a party veteran said.

Regarded in Labour circles as one of the party kingmakers, the source said that although delegates would decide on who was to take over from the incumbent, Dr Muscat would himself also play a big part in who would succeed him.

“Whoever the leadership backs will be seen as a favourite to win  and the others will have a steep hill to climb. Joseph enjoys strong support in the party base,” the source said.

Others though pointed out how things had not always gone Dr Muscat’s way.

Close advisers of the Prime Minister insist Dr Muscat has no intention of stepping down yet, “at least not for a while longer”.

“He could change his mind, of course, but whoever is eager for Joseph Muscat to leave will have to wait quite a bit longer,” one adviser said.

How have runners been preparing?

Despite mixed signals over Dr Muscat’s timeline, lead contenders have been busy campaigning with party supporters in recent weeks.

Dr Mizzi was on Tuesday described as “a bulldozer” on the campaign trail, with a new Facebook group called ‘The Konrad Effect’ spouting vocal support for the minister.

The Facebook group was archived - preventing any members from posting new posts, commenting or liking posts - late on Tuesday. 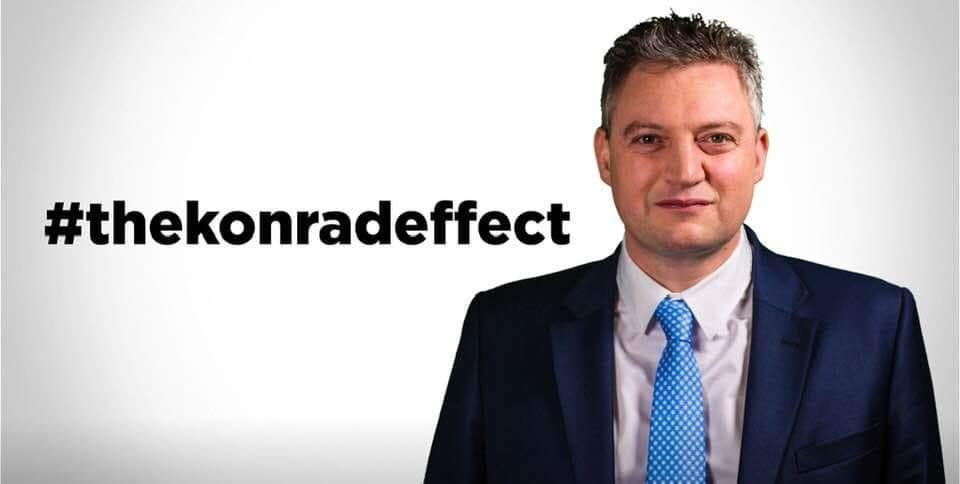 Backers of Konrad Mizzi have been actively promoting him on social media.

“Konrad is a force to be reckoned with. He enjoys the support of a significant section of the party and he has a work ethic that can leave others breathless,” a party insider said, admitting he would not support Dr Mizzi.

“The man has baggage and I think that in the end he won’t make it,” he commented.

The minister, named in the Panama Papers scandal for setting up companies registered in Panama shortly after entering office and who was also linked to other questionable public contracts, has been meeting delegates to launch a leadership bid. Last month, Times of Malta reported that party delegates had been feted at a ministry concert party.

Party sources were quick to point out that other “big names” had been holding regular meetings with delegates to rally support for their own leadership bid.

“Chris Fearne and Ian Borg have both been holding regular meetings. Fearne has perhaps been more active than Borg but both have been sounding people out,” an insider said.

Last week, Dr Borg brushed off Times of Malta’s questions about whether his increased media presence over the past few weeks was part of a leadership campaign.

The speculation on Dr Dalli is that the popular MEP might not be interested in the leadership post after all. While there are suggestions Dr Dalli may decide to stay out of the race, others said this was a “clever tactic” and she could well be lining herself up to be Malta’s first female prime minister.

“She won’t want to be seen as eagerly campaigning while Joseph is still in charge. She is biding her time and waiting for when the time is right. I am confident she will run,” a supporter of Dr Dalli said.

The poll seen by Times of Malta suggests that Mr Fearne will inherit most of her supporters, followed by Dr Mizzi.