Konrad Mizzi was expelled from the Labour Party's parliamentary group on Tuesday evening, with the party's MPs and executive deciding to kick out the man who was once Labour's rising star.

Mizzi had defied his party leader, Robert Abela, by refusing to tender his resignation when asked, saying on Tuesday afternoon that he saw no reason to step down.

Within hours of that statement, Abela had called a joint meeting of the party's executive and parliamentary group. Mizzi, who is at home undergoing quarantine after returning from the UK, joined the meeting remotely.

It was over after less than two hours, with a secret ballot deciding Mizzi's fate.

Of the 73 votes, 71 went against Mizzi, with one abstention and one vote in favour of him remaining as a Labour MP.

Ahead of the meeting, sources had said that there seemed to be "widespread agreement that he [Mizzi] has to go".

Speaking after the vote, Abela said that the decision to sack Mizzi was taken due to Mizzi's ties to the Panama Papers and Yorgen Fenech's company 17 Black.

Last week, Times of Malta and Reuters revealed how murder suspect Fenech had made millions through his company 17 Black by profiting off a wind farm project Enemalta bought in Montenegro in late 2015.

Mizzi was energy minister at the time and leaked emails revealed that his financial advisers had named Fenech's 17 Black as the source of funds to be deposited in a secret Panama company they had set up for the minister. 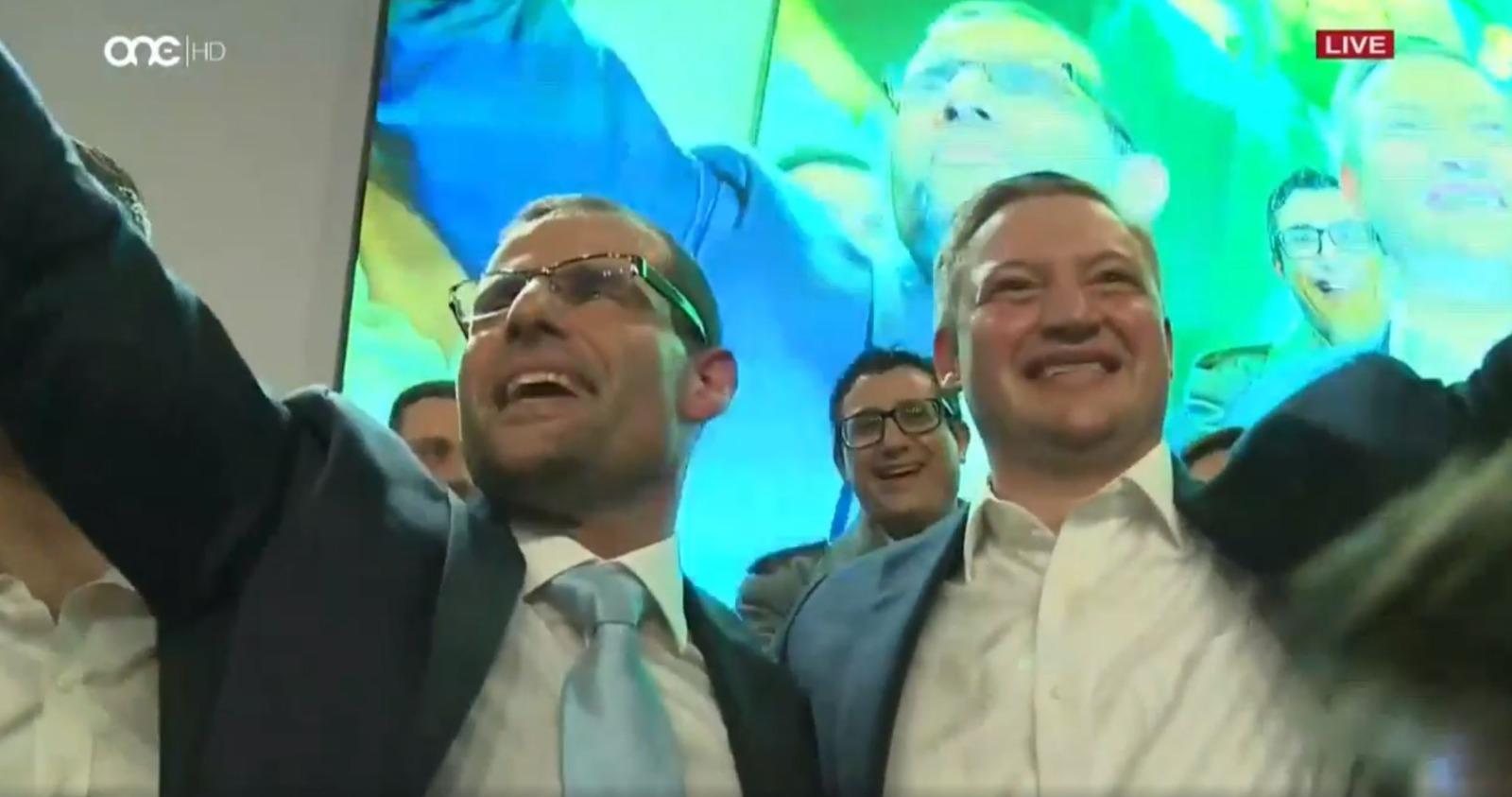 Robert Abela and Konrad Mizzi smile and wave ahead of Abela's first speech as Labour leader in January 2020.

Mizzi has denied any association with 17 Black or of having any personal link to the Montenegro deal.

"Konrad Mizzi never served as part of my government," Abela emphasised. "I am not judging him legally, I am judging him politically".

Last week, Abela had reacted to news of the 17 Black-Montenegro deal with "disgust" and indicated Mizzi's time was up.

"If Konrad Mizzi is shown to be involved at all in this case, he must either decide to resign, or else I will have to take the decision myself as I did in another case," the prime minister had said, alluding to his decision to force Chris Cardona to resign as Labour deputy leader for party affairs.

Police have said they are investigating the Montenegro deal.

Speaking on Tuesday evening, Abela insisted that Joseph Muscat - who was prime minister at the time of the Montenegro deal and who now serves on the Labour backbench - was not equally culpable.

"The only mistake Joseph Muscat made was to not make the decision [to sack Mizzi] when he had to, and he paid the highest political price for it," Abela said.

"Had I been prime minister in 2016 one of my first decisions would have been to throw out [former OPM chief of staff] Keith Schembri and Konrad Mizzi," Abela added.

Muscat did not attend Tuesday's meeting, and Abela did not try and excuse his absence.

"You'll have to ask him," he said when asked why his predecessor had not made it.

Abela went on to deny rumours that he was planning an early election.

Earlier in the day, Mizzi revealed that Abela had asked him to resign as a party MP.

But Mizzi refused to go quietly. He said that while he respected the prime minister for his work, he did not agree with his decision to force him out of the party “based on allegations and speculations pushed to the fore by the Labour Party’s adversaries”.

Mizzi argued that he was being sidelined without being given the opportunity to defend himself. He said that he continued to be loyal to Labour and its constituents and would vote along party lines.

That profession of loyalty did not sway the party's MPs or executive members, however, and Mizzi now finds himself expelled from the party which made him its star electoral candidate in 2013.

A rise and fall

Mizzi was made energy minister in the subsequent Labour government, fronting the Electrogas power station project which was the cornerstone of the party's electoral manifesto. By 2014, he had been handed the Health portfolio too.

His ascent continued when Labour amended its statute in 2016 to allow MPs to serve as deputy leader for party affairs, paving the way for Mizzi to run for the post uncontested.

Within weeks, the star had lost its shine. Mizzi was exposed as having opened a secret offshore company in Panama while already in office. He was the only EU minister to be exposed in the data leak.

He denied all wrongdoing and was staunchly defended by his prime minister, Joseph Muscat, despite widespread calls for him to resign.

Mizzi ended up back in cabinet, this time as Tourism Minister, upon Muscat's reelection in 2017.

He lost that post in late 2019 when he resigned amid nationwide turmoil following the arrest of Yorgen Fenech in connection with the murder of journalist Daphne Caruana Galizia, and was not returned to cabinet when Robert Abela took over as prime minister.