Robert Abela’s Labour leadership triumph probably ranks as the biggest upset in post-Independence political history – no backbencher had ever jumped straight to Castille.

In the Chris Fearne camp, the inquest has just started. How could a rank outsider beat the deputy prime minister who had the backing of the establishment?

We look at some of the possible reasons Labour members chose Dr Abela. 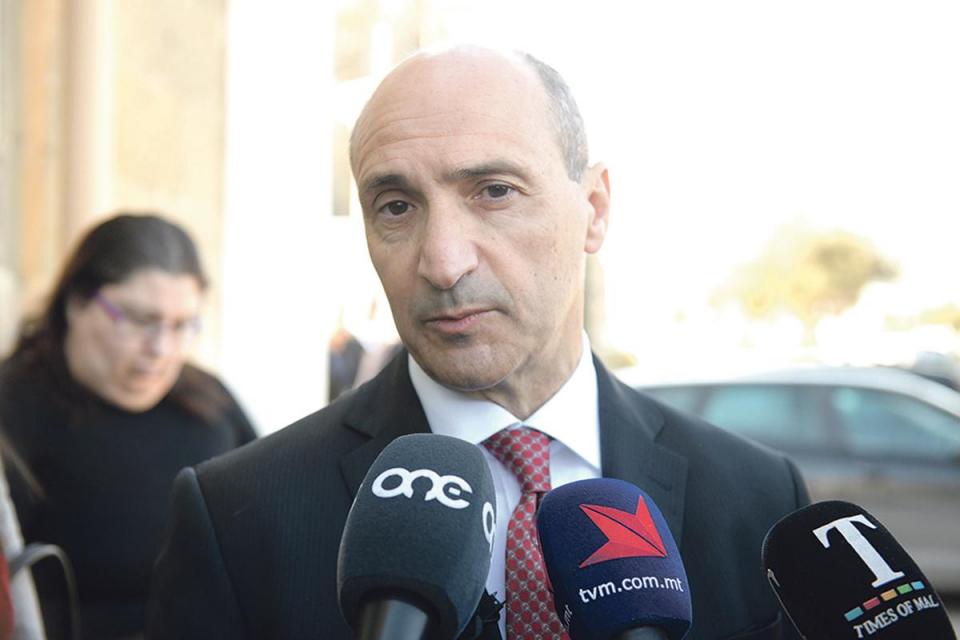 Chris Fearne: No promotion after all. Photo: Matthew Mirabelli

A senior member of Cabinet, one of the many ministers and parliamentary secretaries who threw their weight behind Mr Fearne, believes it was a matter of perception.

“Party members started drawing parallels between Chris Fearne and former leader Alfred Sant on one hand, and between Robert Abela and outgoing prime minister Joseph Muscat on the other. This meant that the majority perceived Dr Abela as our best chance to keep winning,” the Cabinet member said, wanting to stay anonymous.

While such reasoning might sound superficial to outsiders, a consensus did form that the prime minister-elect was the more charismatic of the two contestants.

Mr Fearne’s “RIPN” comment, which he later dismissed as “tongue in cheek”, could be seen as an attempt to garner support among diehard working-class Labour supporters with whom he never identified himself completely.

With hindsight, what Mr Fearne may regret is what many saw as an over-confident approach, epitomised by his remark that if elected leader he would be inviting Dr Abela to his victory celebration. More than a message of unity, it was perceived as displaying an arrogant trait.

The two contrasting personalities were showcased for the first time on the Xarabank live debate and the general verdict was that Dr Abela had the upper hand on almost all fronts. This sentiment was especially palpable on social media.

Nevertheless, few would have imagined that Dr Abela would be able to swing the balance of power in his favour in the last few days of the campaign, after polls had consistently shown Mr Fearne ahead.

This leadership race could not have exemplified any better the famous quote of former British Prime Minister Harold Wilson – a week is a long time in politics.

2. Campaign for the kingmakers

The analysis is even more fascinating when comparing the respective leadership campaigns.

Dr Abela’s started amid controversy in the wake of his remark that he did not want to be a part of any “diabolical pact”.

Rather than engaging with stakeholders, Abela opted to work stronger at grassroots level

Though subsequently he tried to play this incident down and declined to comment about it, many interpreted his remark as a dig at other former leadership hopefuls, such as Transport Minister Ian Borg and MEP Miriam Dalli, for allegedly succumbing to pressure not to throw their name in the hat and leave Mr Fearne running in a one-horse race.

Such an outcome would have ensured a quicker transition period, probably wrapped up by Christmas, as the vote would have been a mere formality without the need for a fully-fledged month-long leadership campaign.

Instead, Dr Abela became the dark horse. Having started the race as the underdog, he made the strategic decision to focus his campaign almost exclusively on party members, who, after all, were the kingmakers.

That approach prompted criticism that he was dodging media scrutiny, although his first proper encounter with the press to unveil his manifesto proved he could handle it with ease but at arm’s length, while steering away from potential gaffes.

George Vital Zammit, a senior lecturer at the Department of Public Policy at the University of Malta, subscribes to this view.

“Dr Abela worked the circuit better. Rather than engaging with stakeholders, he opted to work stronger at grassroots level, establishing a rapport and selling his vision to party members eligible to vote,” he told Times of Malta.

“Mr Fearne was active at this level too but his official engagements due to his tenure as minister and deputy prime minister might have left him with less time.

“In this sense, Dr Abela sought a bottom-up approach while Mr Fearne relied on a top-down lobbying system, with members using alliances and networks to beef up his support.”

4. Priorities in sync with PL members

As for their manifestos, Dr Abela’s focus on social housing, free medicines for the elderly and better employment conditions for blue-collar workers, while pledging to crack down on cheap migrant labour, may have immediately struck a chord with Labour’s traditional grass roots.

He was also keen to stress his discomfort at having the Labour Party in bed with big businesses, saying his only interest in such ties was to foster job creation. 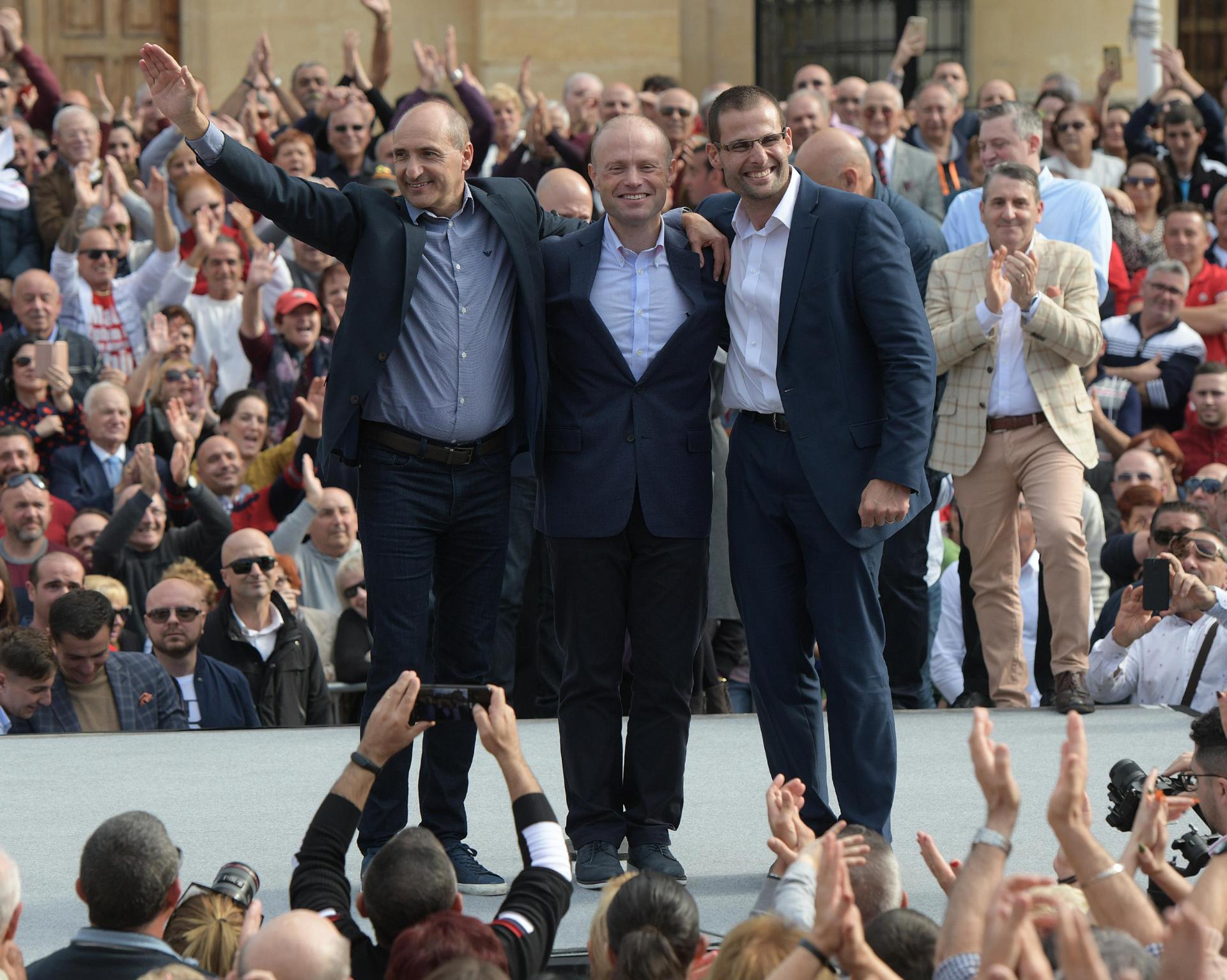 Joseph Muscat flanked by the two men who were gunning to replace him. Photo: Matthew Mirabelli

It was significant, too, that issues surrounding rule of law were conspicuously absent from the agenda of the prime minister-elect – priorities for party members are not necessarily in line with those of the wider electorate.

5. Concerns Fearne would rock the boat

On the other hand, Mr Fearne’s repeated remarks outlining his concern over issues like the cash-for-passport scheme and rule of law backfired as he was increasingly perceived as the candidate who would rock the boat.

Dr Abela pounced on the opportunity to reassure party members that he was all for “continuity”, be it at Cabinet level or down to the nitty gritty details of the staff at the Prime Minister’s Office in Castille.

Meanwhile, Mr Fearne’s campaign was increasingly viewed with a degree of apprehension by insiders, whereas Dr Abela’s slogan was tantamount to saying “never change a winning team”.

For a party in government still enjoying a healthy lead in the polls and with good prospects for re-election, that was a consideration that may have swayed the tide considerably in Dr Abela’s favour.

Speculation that disgraced former minister Konrad Mizzi was campaigning all out for Mr Fearne would have dented the latter’s standing among some Labour Party supporters who felt that Dr Mizzi had become a liability for party and government.

Though Dr Abela has never been an outspoken critic of Joseph Muscat, he had gone on record saying that in the case of Dr Mizzi and former chief of staff Keith Schembri, he would have “acted earlier”.

Speculation was also rife that at the infamous late-night Cabinet meeting, Dr Abela was vociferous in his criticism of Dr Muscat.

Consequently, Dr Abela may also have been perceived as the candidate who would have no qualms about showing his mettle in restraining certain elements in Cabinet, thus avoiding the same mistakes made by his predecessor.

According to Dr Vital Zammit, the emphasis on continuity could have been a crucial factor through which Dr Abela may have obtained the outgoing prime minister’s subtle and discrete support.

Still, the fact that the candidate who had almost no endorsements from the outgoing Cabinet and the parliamentary group was elected leader and prime minister was a surprise.

Mr Fearne seemed to have the comforting assurance that his election to prime minister was almost a foregone conclusion, or rather, a run-of-the-mill promotion. It was not to be.

“It might mean the beginning of cracks within Labour, which were very smartly concealed during the short campaign.