Businessman Yorgen Fenech was granted police bail after accompanying investigators to a search of his yacht, sources said on Thursday evening, though he is expected to face further questioning on Friday.

Mr Fenech was arrested early on Wednesday morning shortly after exiting the Portomaso marina in St Julian’s aboard his yacht. Prime Minister Joseph Muscat subsequently confirmed Mr Fenech is a “person of interest” in the murder case of journalist Daphne Caruana Galizia.

Investigators were seen on Mr Fenech's family yacht Gio at the Portomaso marina in St Julian's shortly after 10pm. Officials from European law enforcement agency Europol were also spotted on board.

He was given police bail (see below) after the search was completed and kept under round-the-clock surveillance.

Investigators were seen back at the Gio at 8.30am on Friday morning. Mr Fenech, wearing a black coat and trousers as well as black sunglasses, was seen with them.

On Friday morning, Prime Minister Joseph Muscat told the press that the police had decided to release Mr Fenech on police bail because they had more questions to ask before they could press charges.

"Once police prosecute someone, they do not have the right to further question him,” Dr Muscat said. 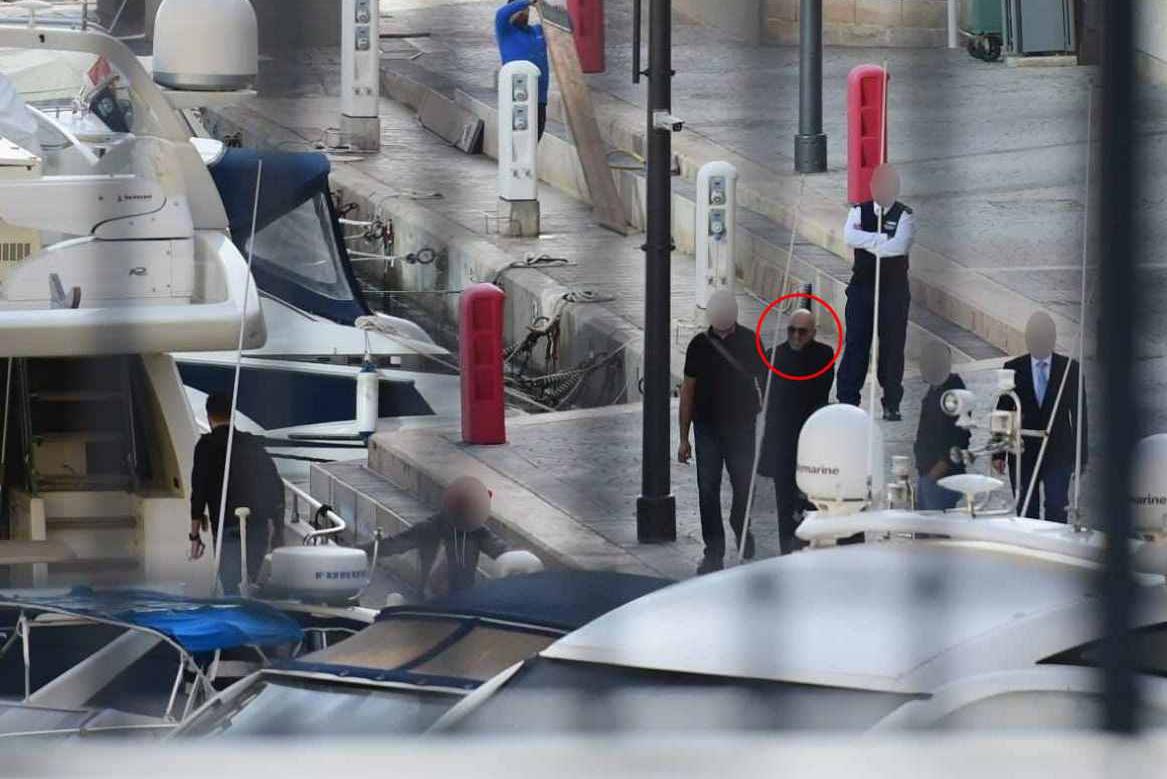 Initial reports were that Mr Fenech had been granted police bail at around 9pm on Thursday evening, roughly 40 hours into his arrest and eight hours before the elapse of the 48-hour period police can detain suspects without charges.

But other sources subsequently insisted that Mr Fenech was still under arrest and was being taken to his yacht by investigators who wanted him around as they searched the vessel.

The prominent businessman would be granted police bail after that and before the 48-hour period elapsed, the sources said. 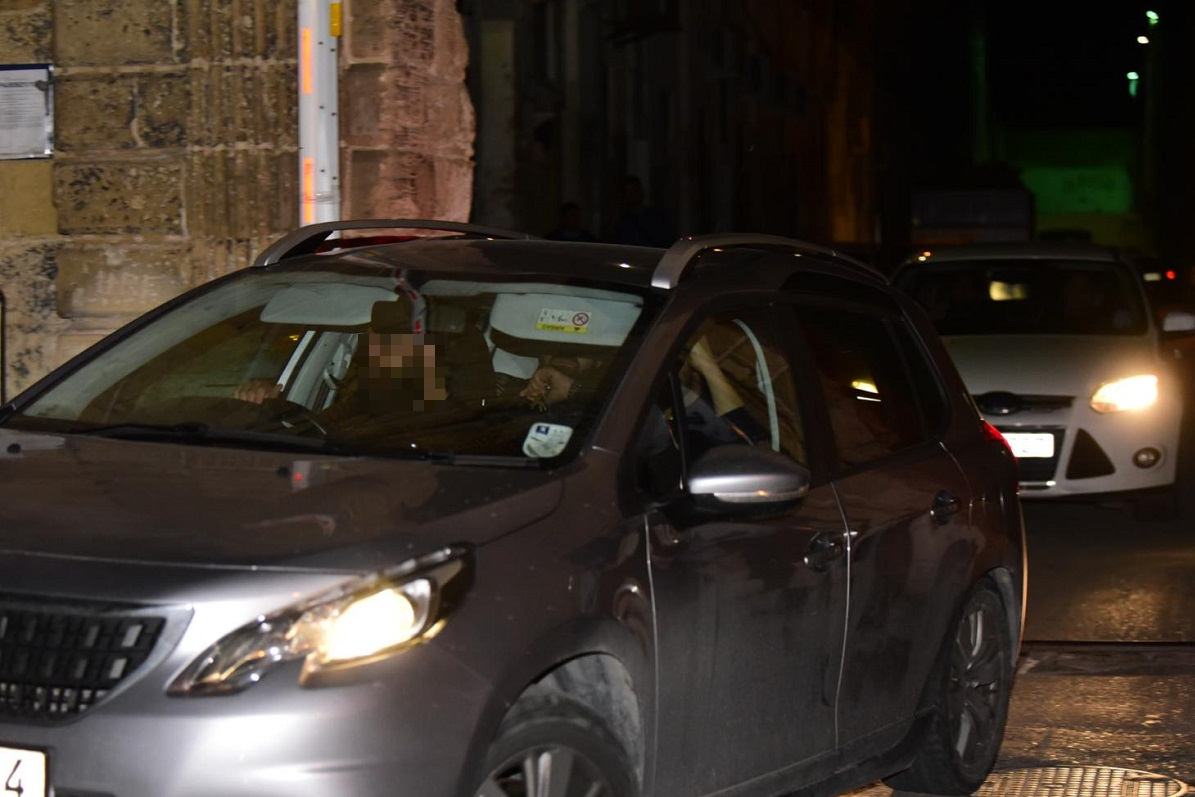 Ms Caruana Galizia was killed by a car bomb as she drove out of her home on October 16, 2017. Three men were arrested in the following December and are awaiting trial.

OBSCENE. Justice can never be served as long as the Prime Minister is pulling the strings with his corrupt Chief of Staff. Another reason why they both have to go. https://t.co/BZWVKBKkwr

Mr Fenech's Wednesday arrest came one day after it was revealed that a man suspected to have been the middleman in the car bomb murder was assured of a presidential pardon if he corroborated information on the case.

Earlier on Thursday, Prime Minister Joseph Muscat said that so far the suspected middleman had not given complete information and that the pardon was still pending. 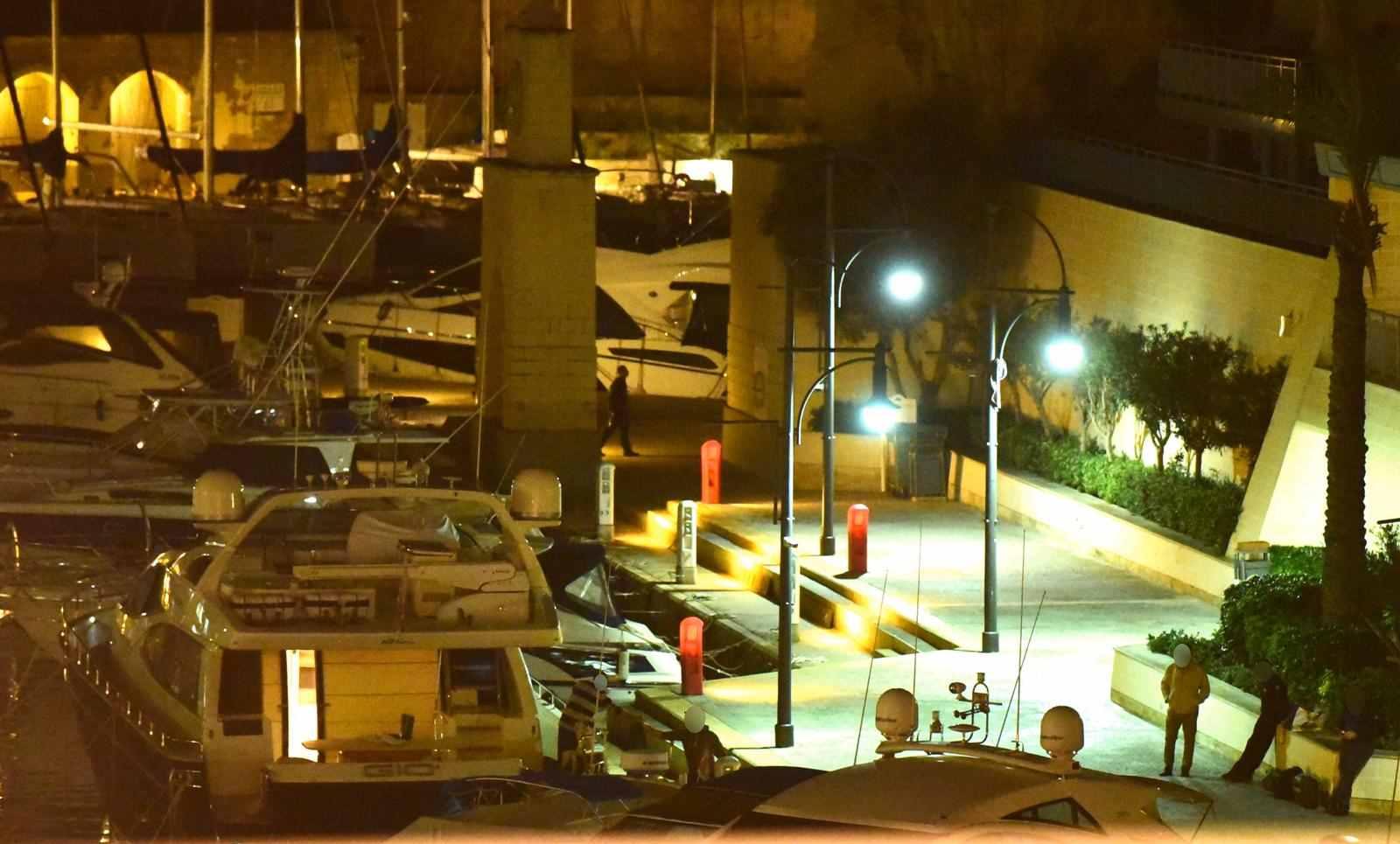 A plainclothes officer aboard Yorgen Fenech's yacht Gio hands another officer on shore an item as others stand on the dock at Portomaso marina, St Julian's on November 21, 2019. Photo: Mark Zammit Cordina

What is police bail?

Police bail is granted to suspects when investigators do not have enough evidence to press charges within the 48 hour period they are allowed to detain them following arrest.

It can be granted for a maximum of three months. After that three-month period elapses, prosecutors must be granted an extension from the presiding magistrate.

Is it tied to conditions?

It is granted against a set of conditions, such as signing a register at their local police station. In Mr Fenech’s case, sources told Times of Malta that police have ordered 24-hour police surveillance as a precondition.

A basic condition of police bail is that suspects cannot leave the island while under police bail - though they do not have to forfeit their passport.

A suspect only loses their passport when they are granted bail by a court following their arraignment. In such cases, a suspect must deposit their passport and ID card with the magistrate presiding over the case.

Can a person under police bail be re-arrested?

Yes, but only once a person's release from police custody is "clear and effective".

That stipulation was introduced to deter police from releasing a person on police bail and then re-arresting them as they exited the police depot they were being held at.

The law does not establish what a "clear and effective" period is, as that requirement was established in a court judgement. A legal source told Times of Malta that while the police could technically take that period to mean 24 hours, "that would tend to be frowned upon by a court".

Where can I read more about police bail?

An individual's right to police bail is detailed in Chapter 9 of Malta's criminal code. Article 355AJ(3) stipulates that suspects must be released after 48 hours if they have not been charged. Article 355AL details the conditions under which a suspect can be released in such cases.

Correction 10.10pm A previous version stated that Mr Fenech was granted bail at 9pm.  He was taken to a search of his yacht at that time, to be bailed after that.