Plans to build a large block of flats in Sannat’s urban conservation area presented by construction magnate Joseph Portelli and his partners have been approved by the Planning Commission, in another decision that reversed a recommendation for refusal.

It is the second such decision in a week, after the Planning Authority on Thursday gave Mr Portelli and his partners a permit to build a villa with a pool in extensive grounds on untouched land outside Qala. Mr Portelli subsequently said he was renouncing that permit.

Like the Qala case, all objections, including those made by other government entities including the Planning Directorate, were dismissed by the Planning Commission, chaired by Elizabeth Ellul, and the Sannat applicants were given the green light. The apartments had been advertised for sale on the website of Gozitan developers J Portelli Projects, owned by Mr Portelli, as soon as the developers submitted their application.

The Planning Commission refused to postpone its decision following an application filed by objectors to insert the 100-year-old house in what is known as the emergency scheduling list. The objectors argued that since there are historical reasons to issue an emergency conservation order, which would afford the area higher protection, the commission had an obligation to wait for the decision of another PA board, the executive council, on their request.

Under normal circumstances, the commission freezes the development application process until such a request is examined and determined.

Asked on Friday to say why the commission had carried on with the application process, despite the emergency scheduling request, Ms Ellul failed to reply.

The objectors, which include the local council, are now expected to appeal.

Last March, Mark Agius, known as Ta’ Dirjanu, a business partner of Mr Portelli, applied to demolish a vernacular building with a large garden in the middle of Sannat and turn it into a block of 16 apartments and 15 garages.

Objections were submitted by the Environment and Resources Authority, the Superintendence of Cultural Heritage and a number of residents, arguing that the house should be preserved and renovated instead of demolished. The PA’s own Planning Directorate recommended that the application be turned down.

Instead, the commission asked the developers – several times – to amend their plans so that the facade of the building would be retained, leaving the door open for a permit to be issued.

Over the course of four sessions of discussion on the application, during which objectors pleaded that the development would go against planning polices, the developers altered their plans in piecemeal deletions and additions.

They finally got the approval they were seeking and the house – minus the facade – will now be demolished.

Mr Portelli is a client of Ms Ellul’s husband and daughter – both architects – in various projects. She insisted she has no conflict of interest in dealing with projects Mr Portelli is involved in, saying she does “not know who her husband’s clients are”. 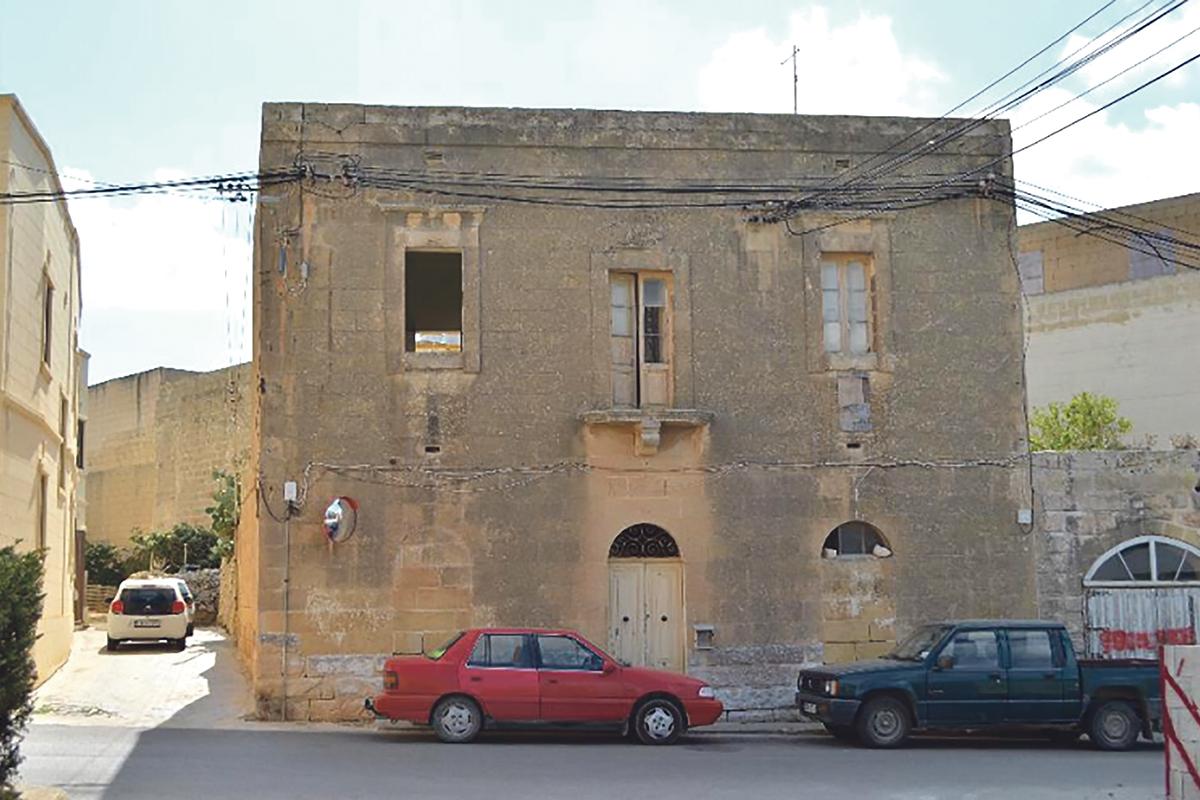 The old house in Sannat, which is to be demolished save for its façade.

March 9, 2019: Mark Agius (Ta’ Dirjanu) applies to demolish an old house and build a block of 16 flats and 15 garages on three floors in its place.

July 19, 2019: The PA directorate issues a case officer report stating that the application is not according to policy and should be refused.

July 2019: Website of J Portelli Projects starts advertising the development, which is still to be given a permit, and the  flats are put up for sale on plan.

August 6, 2019: The application comes in front of the Planning Commission. It ignores the recommendation to refuse and instructs the directorate to prepare conditions for approval if the developers retain parts of the facade.

August/September: The Sannat local council, neighbours and the ERA object to the application insisting it goes against policy and will set a “dangerous precedent”.

September 23, 2019: The PA directorate updates its case officer report but keeps the recommendation for refusal in place.

September 24, 2019: The application is discussed again by the Planning Commission. Elizabeth Ellul gives more time to applicants to amend their plans.

October 15, 2019: A third commission meeting hears applicants state they are scaling down the project, reducing the number of flats from 16 to 15. The commission ignores the objections and asks applicant to address sanitary issues.

October 29, 2019: At its fourth meeting the commission refuses to await a decision over the objectors’ request to declare the zone an emergency conservation area. It approves the application.