Justice Minister Owen Bonnici has called out protesters who angrily surrounded his car in Valletta and mocked him as a "clown".

In an early morning Facebook post, Dr Bonnici recalled the heckling, described the Prime Minister as "impeccable" and "extraordinary" and said he had spoken to two police officers injured in the demonstration. He revealed that two police officers were slightly hurt in the Valletta event, rather than the one previously reported.

"Slamming my car, forcibly blocking it, the kicks and scratches, bashing its windows, the spitting and bad language, the chasing, angry faces and threats...these will not dampen our drive to constantly work for a better country" Dr Bonnici wrote.

The Justice Minister's car was targeted by protesters as it left parliament during an angry protest held hours after businessman Yorgen Fenech was arrested in connection with the murder of journalist Daphne Caruana Galizia.

Dr Bonnici was travelling with parliamentary secretary Aaron Farrugia at the time.

Protesters had already taken aim at Dr Bonnici earlier during the Valletta demonstration, calling him a clown (pulċinell) as they demanded the Prime Minister's resignation.

"I stand behind Joseph Muscat who is an extraordinary, impeccable person who knows how to lead the country with extremely strong leadership," Dr Bonnici wrote.

"I intend to give my all to this Prime Minister who has done so much good and will continue to do much more."

Dr Bonnici also thanked police officers who worked during the protest, saying he had spoken to an inspector and constable who were slightly injured in the event.

The post had elicited more than 1700 reactions and almost 700 comments within one hour of the minister posting it.

Inspector Priscilla Caruana Dingli and constable Darren Darmani were both slightly injured as the minister's car sought to manoeuvre through the crowd.

The minister said he had spoken to both officers and also to the Malta Police Association, who had said they did not want the police force to be used for partisan reasons. 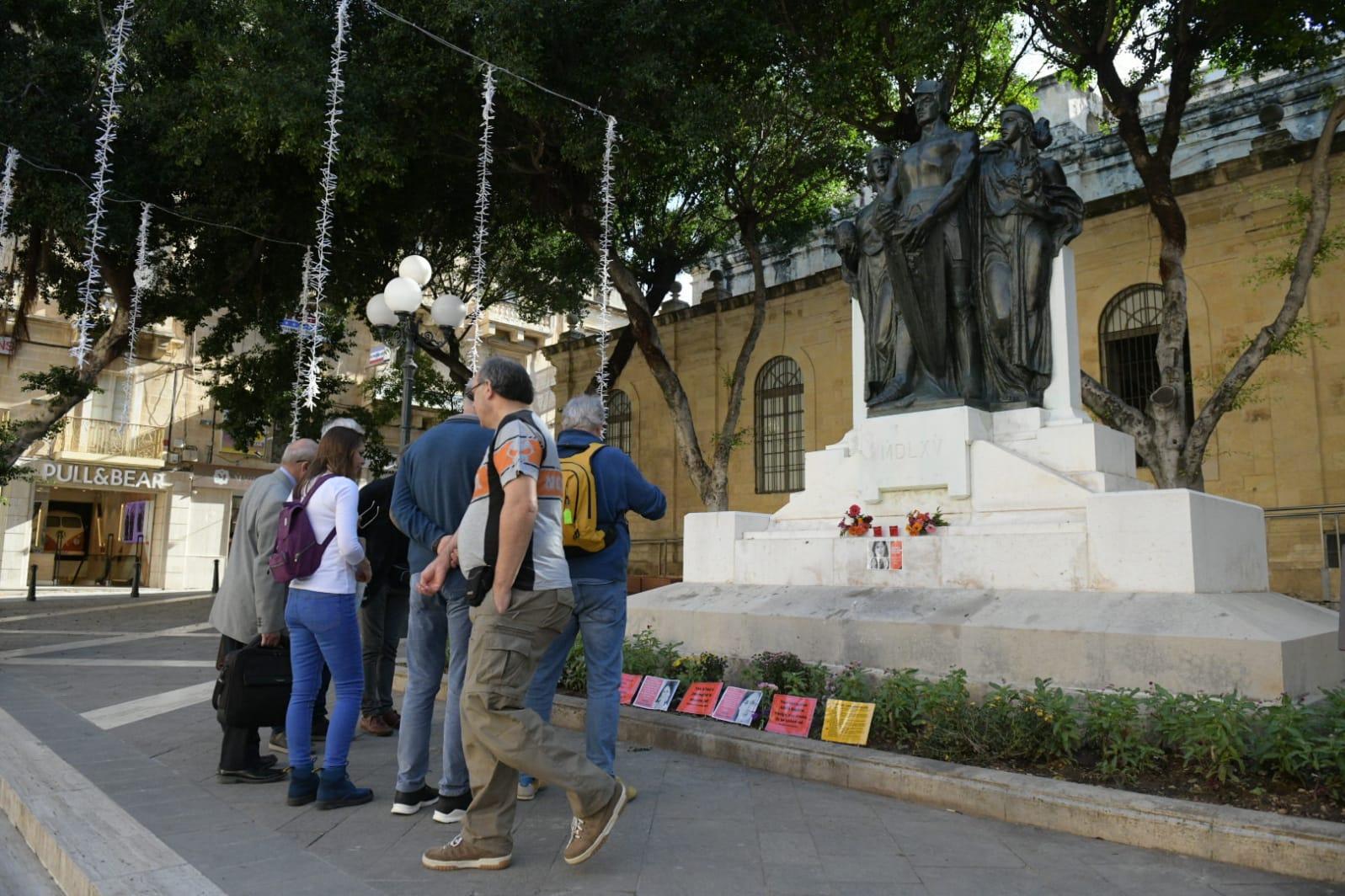 Meanwhile, the makeshift memorial to Ms Caruana Galizia beneath the Great Seige Monument has once again been cleared.

In a statement, Speaker Anġlu Farrugia said steps should be taken against those who exceeded limits and manifestly breached the law, including through the use of violence.

MPs, he said, were hindered and insulted as they were leaving the Parliament building.

Such irresponsible behaviour, Dr Farrugia said, was also in breach of Parliamentary privileges.