Two secret recordings about a bribe allegedly given to former Police Commissioner Lawrence Cutajar before the middleman in Daphne Caruana Galizia’s murder was arrested contradict each other.

While in one audio file, the state witness in the murder, Melvin Theuma, is heard saying that a close collaborator of his had passed on €15,000 to Cutajar, in a subsequent recording he is heard assuring Yorgen Fenech’s business associate, Johann Cremona, that the former police chief was not given any money.

Sources close to Theuma say that he describes this contradiction as “bluff” and an attempt to get the message across that he too was powerful with people in high places, with an obvious reference to Cremona and Fenech.

Theuma was given a presidential pardon last November in exchange for testifying against Fenech, who he says commissioned the murder of Caruana Galizia in 2017.

Fenech denies those charges and multiple sources say he is claiming the real murder mastermind was the former chief of staff at the Office of the Prime Minister, Keith Schembri.

The recordings were played in court behind closed doors in recent weeks during the compilation of evidence against Fenech. 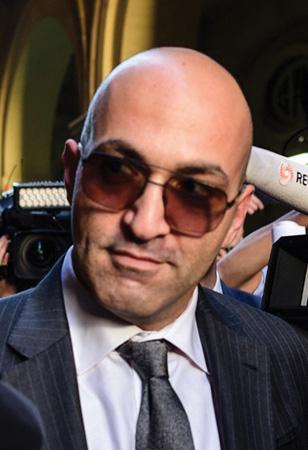 The newly-discovered recordings made by Theuma formed part of a barrage of other digital evidence which were in the possession of the police, defence and parte civile lawyers for months. The only difference is that these files could not be opened except with the help of a specialised computer programme.

Sources said no expert told the court that the files had previously been deleted, as was alleged in court. The recordings were found in a stash of digital audio files of several conversations Theuma was having with different people in connection with the journalist’s murder.

Cutajar has always denied receiving any money from Edgar Brincat known as Il-Ġojja, a close friend of Theuma, but has admitted to having spoken to him to try to get his hands on the infamous recordings.

So far, only three of the new secret recordings have been heard in court but only after the presiding magistrate ordered the media to leave the courtroom, because a number of other individuals were mentioned and police investigations and their links were still being investigated.

In one of the secret recordings, Theuma is heard saying he had been told by Brincat, one of his closest collaborators, that he had given Cutajar €15,000 and told him to use them to take a holiday.

Theuma is heard telling Cremona that he had asked Brincat whether it was acceptable if he paid him in €5,000 instalments. But Brincat’s reply was that Cutajar did not want any money from him.

However, in a subsequent recording, also heard behind closed doors in court, Theuma is heard assuring Cremona that Cutajar had not been given any money. Theuma’s contradictory statement came after Cremona accused the police chief “of doing it for the money”.

Throughout the conversations, he was seeking information about when the police were due to carry out the raid

Theuma's presidential pardon was never mentioned in the secretly-recorded conversations, which lasted more than three hours. But Theuma sounded extremely worried about his impending arrest over money laundering charges.

Throughout the conversations, he was seeking information about when the police were due to carry out their raid.

No dates on recordings

The conversations are not dated but Cremona’s reference to money when mentioning the former police chief leads one to conclude that the conversation took place after Theuma mentioned il-Ġojja’s alleged €15,000 bribe to Cutajar.

Il-Ġojja, a close friend of Theuma, is believed to have suggested to the murder middleman to begin recording his conversations with Fenech and other associates linked to the murder.

He had assured Theuma that the police had very little information about him in connection with money laundering and that, if anything, the police needed his information in their quest to find who ordered Caruana Galizia’s assassination.

In another recording, Cremona and Theuma are heard discussing Fenech’s drug addiction and that he had resorted to cocaine again after getting to know about the secret recordings.

They are also heard discussing how Fenech would not withstand prison for long and that he did not need this trouble.

In another recording, Cremona is heard telling Theuma that he had mentioned the idea of bribing the former police commissioner to Kenneth Camilleri, the Security Services detail assigned to Castille and who acted as a messenger to Keith Schembri, the former chief of staff. However, Camilleri’s reply was that Cutajar would not accept to be bribed.

Theuma, who turned state witness in the murder case, had been giving testimony, backed up by secret recordings he made of Fenech. These testimonies and his cross-examination were brought to a sudden halt on July 21, the eve of when Theuma was due to appear in court, when he stabbed himself in the abdomen and slit his throat in an apparent suicide attempt, according to the police.

Theuma was found in a pool of blood with his neck slashed in his Swieqi apartment hours before he was due to give evidence.

He has been unable to speak after the incident and has so far used gestures and hand-written notes to communicate. According to the latest police update on his condition, Theuma remains in a stable condition at Mater Dei Hospital’s ENT Ward.