Protesters will gather in Valletta for the third time in a week on Monday, as anger at the Prime Minister’s handling of the Daphne Caruana Galizia murder investigation continues to bubble.

The demonstration will be held in front of parliament on Monday November 25 at 6pm and is being fronted by civil society groups Repubblika and Occupy Justice as well as blogger Manuel Delia.

Organisers have emphasised that they want this to be a peaceful protest and have urged anyone attending to bring placards, pots and pans, whistles, an umbrella and a cushion.

Third event in a week

It will be the third such event held since last Wednesday, when businessman Yorgen Fenech was arrested as a person of interest in the investigation of Ms Caruana Galizia’s 2017 assassination.

A first protest held on Wednesday got heated when the Justice Minister’s car sought to manouevre through the angry crowd. In the ensuing confusion, two police officers were injured by the moving vehicle.

A second demonstration held on Friday outside the Prime Minister’s office in Castille was more peaceful but drew a larger crowd that ran into the thousands, according to a calculation using crowd calculating tool MapChecking.

What protesters are demanding

Activists say the Prime Minister must step down to ensure justice in the murder investigation and argue that by steadfastly defending his chief of staff Keith Schembri and minister Konrad Mizzi ever since they were revealed to have opened secret offshore companies while in office, he has made his own position untenable.

They also fear political interference in the ongoing murder investigation, echoing concerns voiced by the Caruana Galizia family on Friday.

In 2018, it was revealed that an offshore company named 17 Black was listed as
the intended source of funds for offshore firms set up by the Prime Minister’s chief of staff Keith Schembri and minister Konrad Mizzi.

A Times of Malta and Reuters investigation later revealed that 17 Black is owned by Mr Fenech.

Following Mr Fenech’s arrest, the Prime Minister said questions about ties between Mr Fenech and Mr Schembri were “legitimate” but brushed aside talk of dismissing him or Dr Mizzi.

Correction 6.37pm A previous version of this article mistakenly noted that organisers had urged attendees to bring brooms. 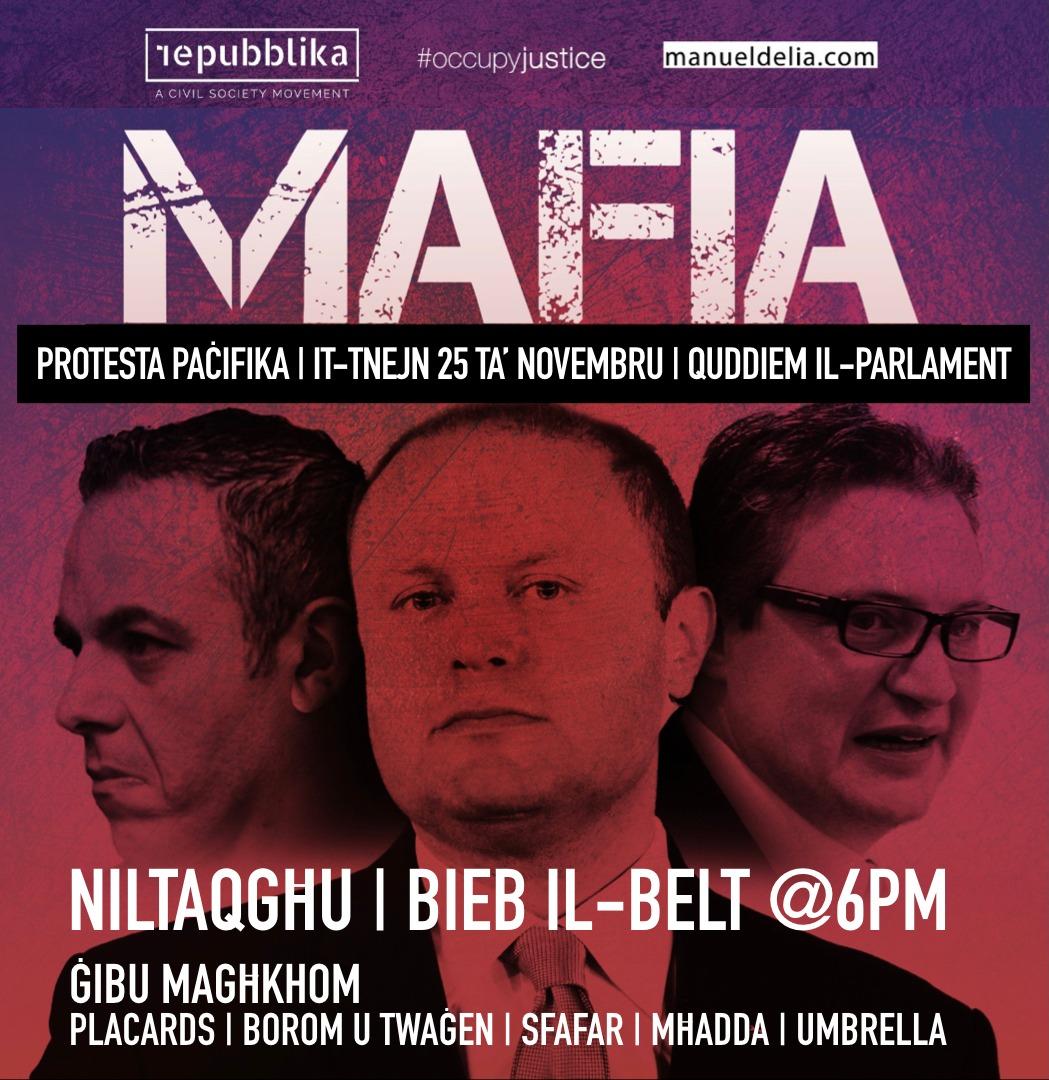