The majority of Maltese agree with relaxing COVID-19 restrictive measures though they remain firmly against the reopening of the airport any time soon, a survey commissioned by Times of Malta has found.

By the end of the week, 54% of respondents agreed that the government should start relaxing the partial lockdown measures introduced to contain the pandemic.

This represents an increase of 10 percentage points since the last survey a fortnight ago and is the first time that a majority have indicated their support to start returning sectors to pre-COVID-19 days.

The survey was carried out by EMCS, an advisory and market research firm, between Monday and Friday among 495 respondents. It has a margin of error of 4.3%.

This sixth instalment of the survey series found that of those in favour of allowing flights in and out of Malta, 54% feel passenger traffic should not reopen before August.

Still, the majority feel the airport should remain closed until 2021.

The results come as Times of Malta on Thursday reported that the authorities are planning to reopen Malta’s airport for passengers by mid-July. Tourism operators, however, are insisting the airport should reopen in June.

Planes were grounded on March 21 to try to slow down the spread of virus.

The majority, 71%, are not ready to change their mind, even if allowing tourists back onto the island would considerably improve the economy and their own employment situation. 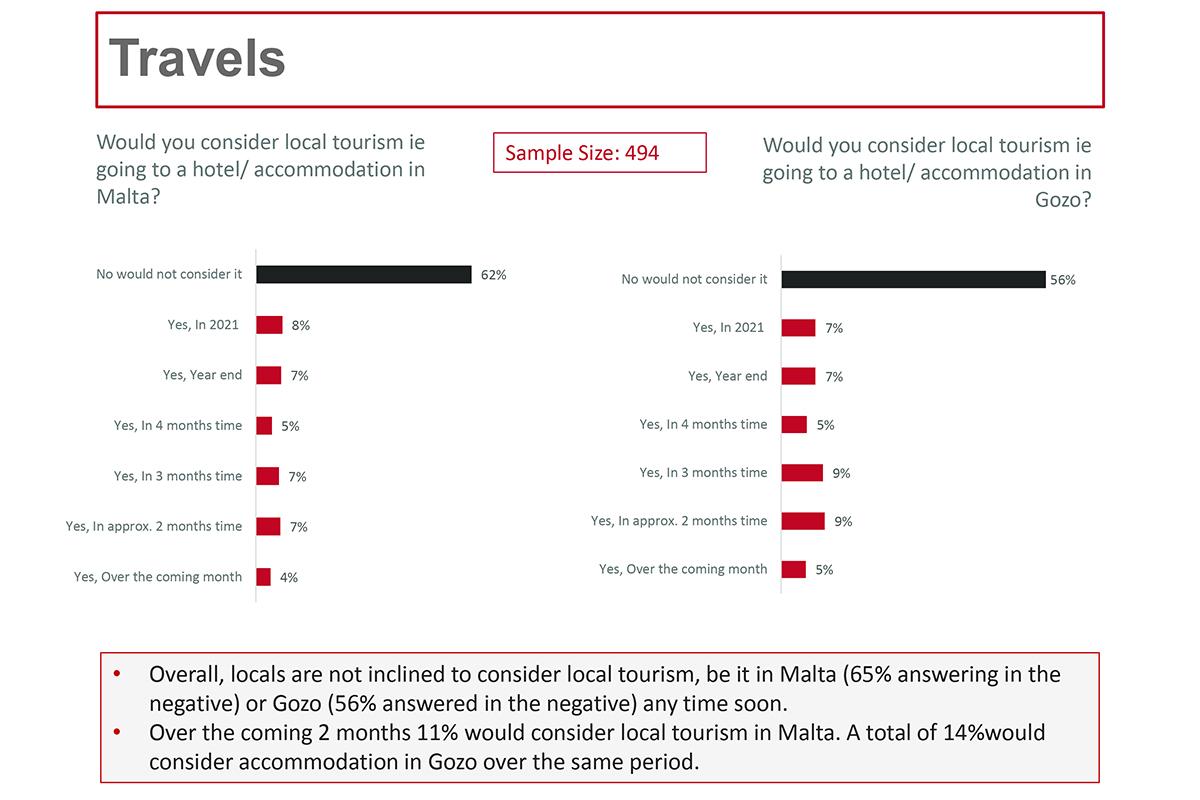 One tourism solution being floated by the authorities is the introduction of a safe ‘travel bubble’ which would allow flights to and from countries deemed to have a low number of COVID-19 cases.

The survey found that the majority, 66%, do not agree with this idea either. While this is still a high figure, it is considerably lower than the 86% who gave the idea the thumbs down in the last survey two weeks ago.

Just under a third of the Maltese say that they plan to travel within the next six months once the airport is open. While this is low, it represents an increase of 10 percentage points over a fortnight ago.

It does not look like the Maltese will be sustaining the local tourism industry themselves in the place of tourists either. The survey found that only 11% would consider local tourism in Malta this summer.

When will Maltese go shopping?

Following the relaxation of restrictions that allowed several businesses to reopen their doors, 25% of respondents said they had gone shopping, up eight percentage points from a fortnight ago.

The survey indicates that virus’s impact on people’s pockets is easing off.

Very few have dined out in last week

A third of respondents say their income has dipped over the past four weeks, down 10 percentage points over the last round of results. Just over two-thirds of Maltese, 67%, say their income has remained stable over the past month, up 10 percentage points since the last survey. Very few (6%) have dined out since restrictions were lifted to reopen restaurants.

Last year, three-quarters of locals visited a restaurant once a month or more, with one in three saying they ate out at least once a week. 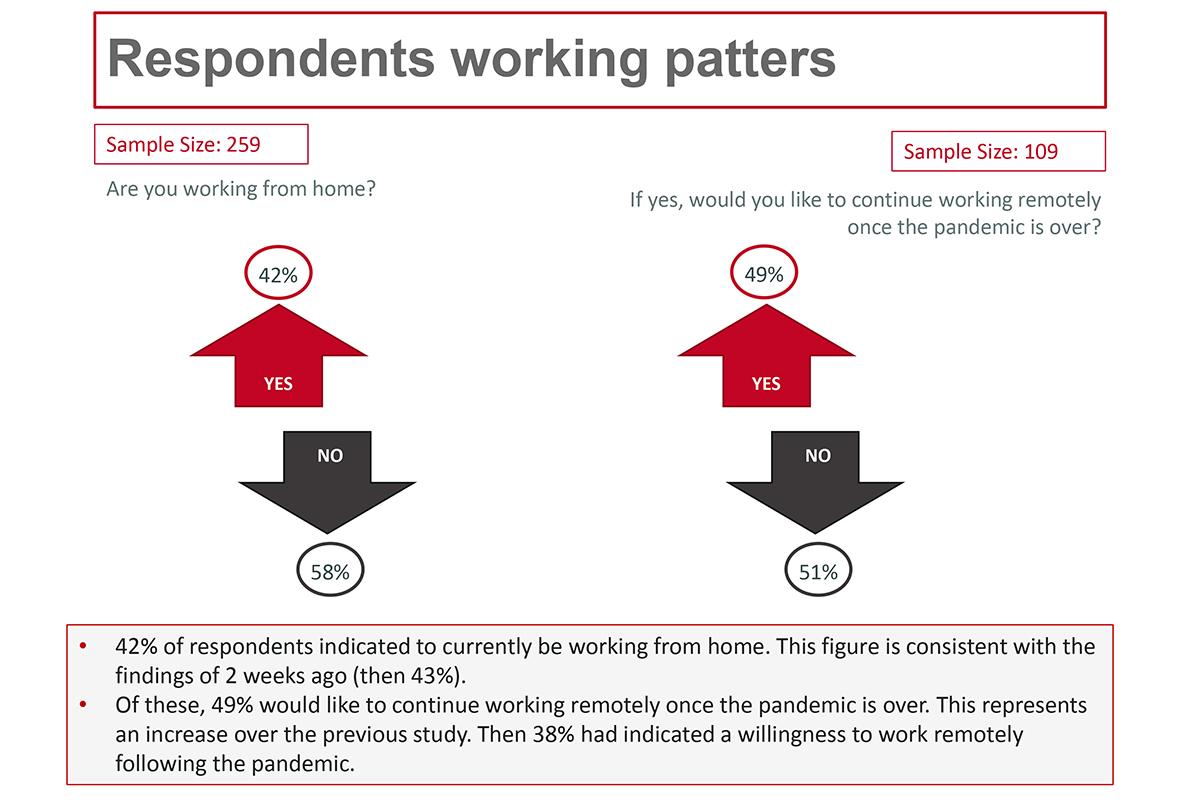 Just under two in three Maltese say they do not fear for their job because of the COVID-19 crisis. The figure is in line with that recorded in the last survey two weeks ago.

Today, 13% say they are scared that they will end up unemployed, six percentage points lower than a fortnight ago. A fifth, 22%, say they are neutral.

A total of 73% (up from 72% in previous study) believed the government is handling the economic situation caused by COVID-19 well: 33% express ‘positive’ views while 40% felt ‘extremely positive’.

A total of 83% feel the government is handling the health situation well: 29% expressed ‘positive’ views and 54% felt ‘extremely positive’. The survey evidences a decline of eight percentage points in people’s positive perception as to how the health situation is being handled. This figure being the lowest to date.

Stefano Mallia, a partner at EMCS, says one of the most striking results to emerge from this sixth round of surveys was people’s sense of job security.

This, he says, is significant given that economic forecasts point towards a severe economic downturn over the coming months.

This positive outlook in terms of job security, he said, could possibly be due to the authorities starting to lift the lockdown measures.

It was also worth noting that for the moment the country has not yet witnessed massive layoffs.

Mallia also drew on a recent government announcement that some 10,000 non-Maltese nationals had either already left Malta or had applied to leave the island. These, he said, would not show up in official unemployment statistics, but their absence would still have a significant impact on the economy.

“On this aspect I believe the situation will continue to develop further as we will progressively get a more accurate picture of how key sectors of the economy (such as tourism) will perform over the next six to 12 months and as the impact of COVID-19 on the world economy becomes clearer,” Mallia said. 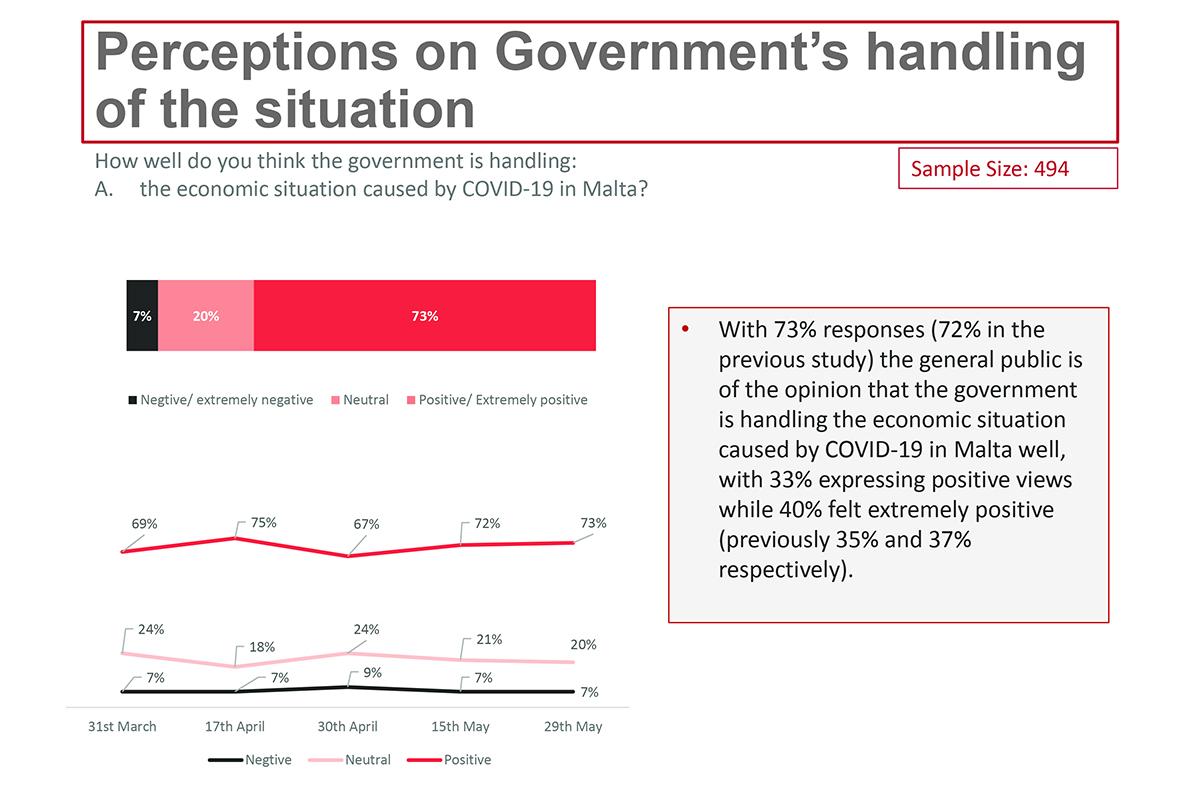 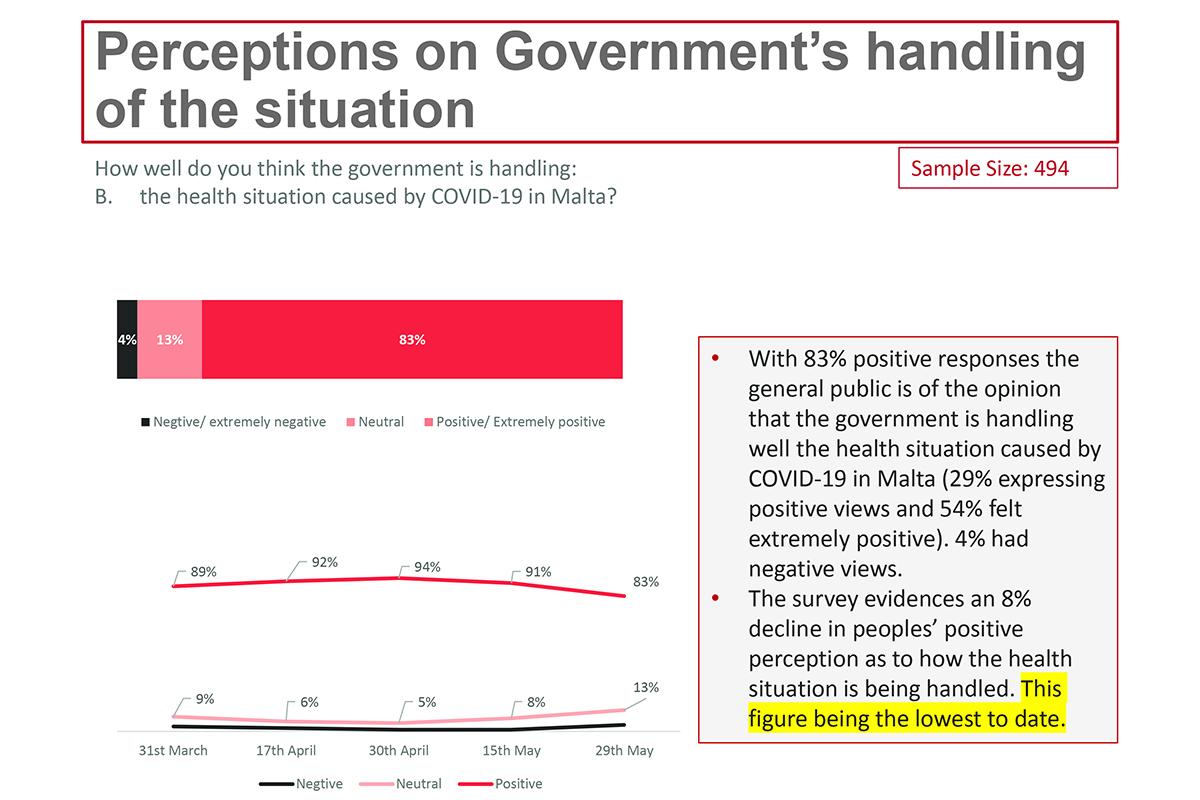 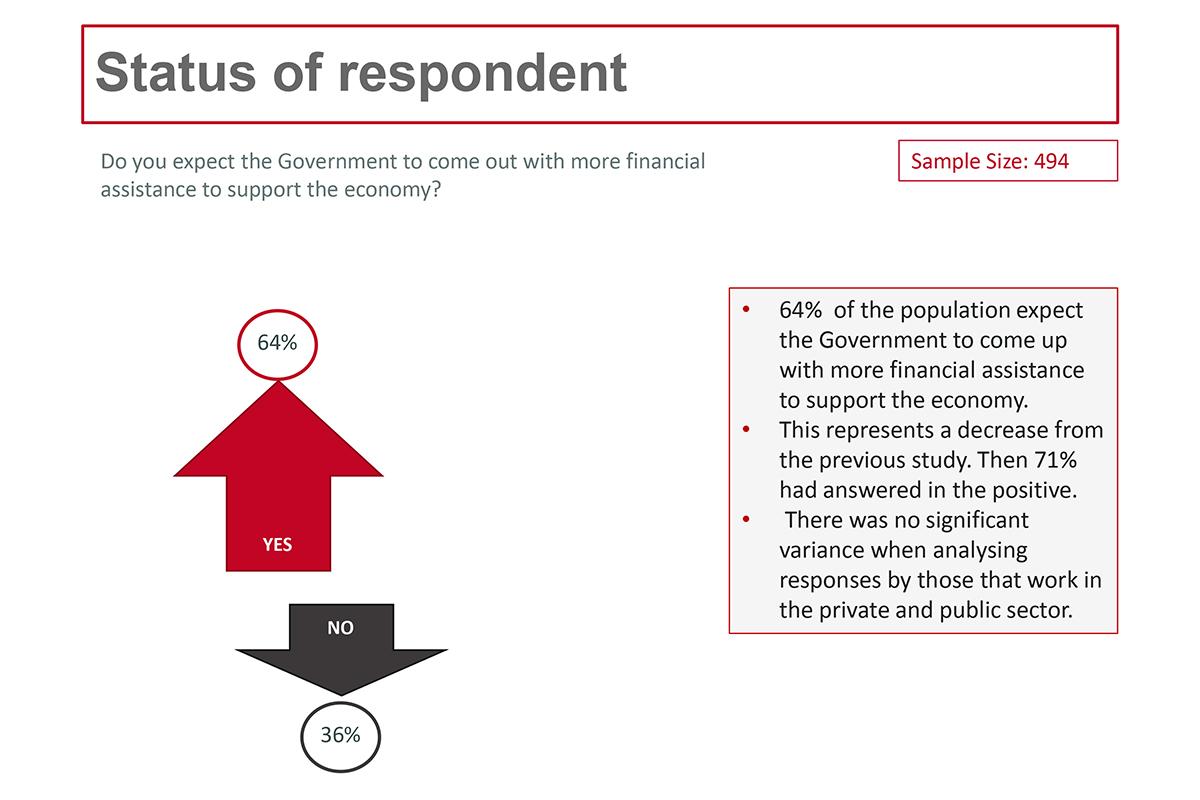 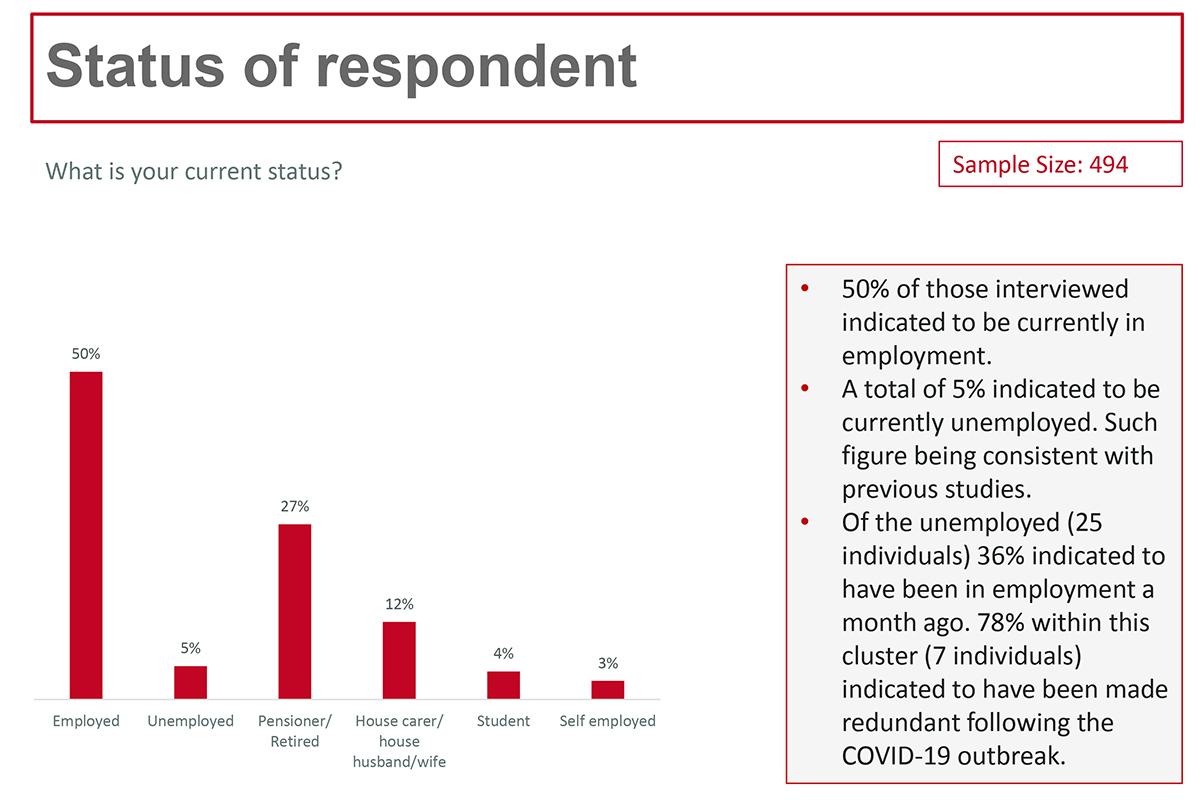 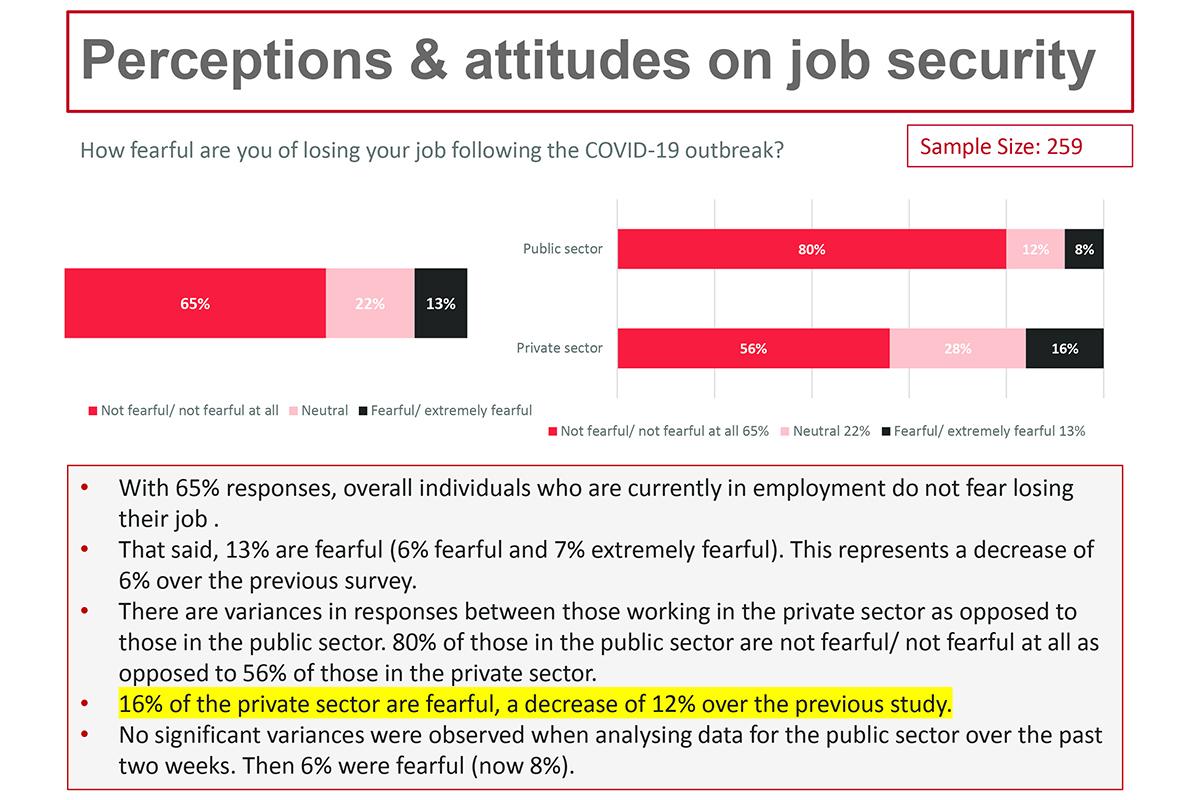 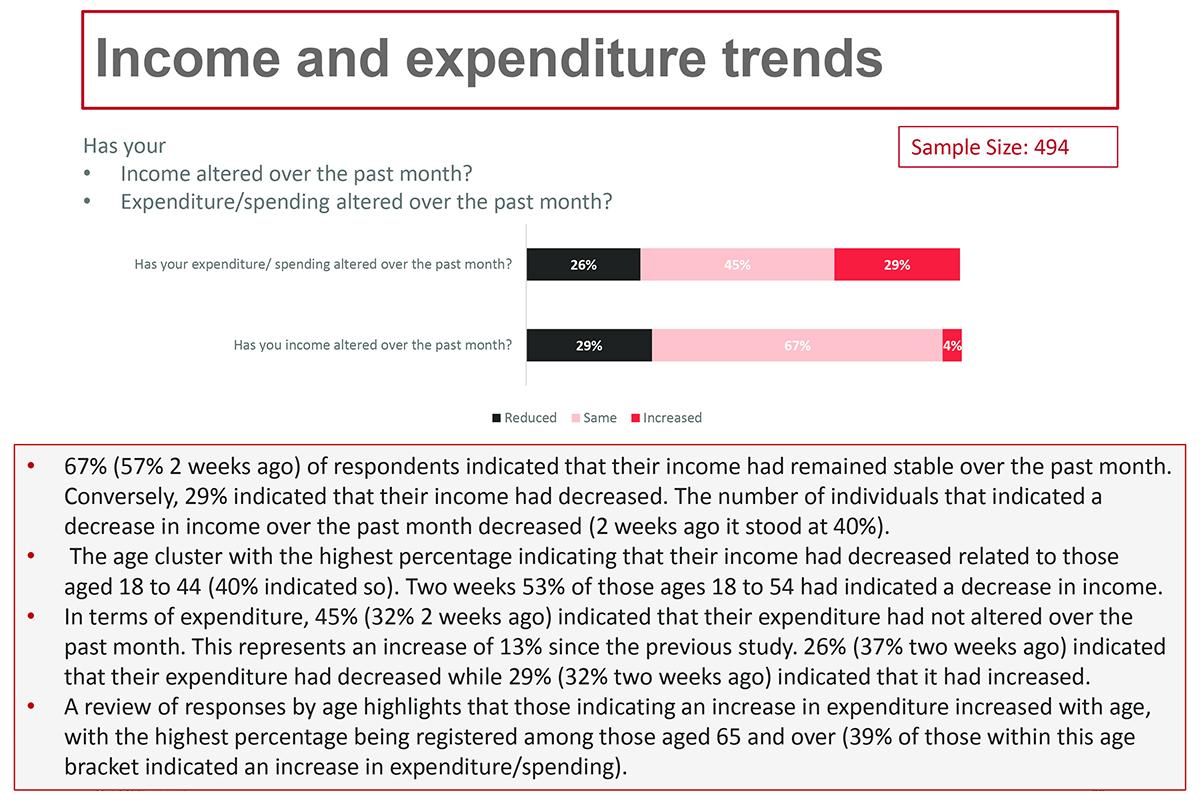 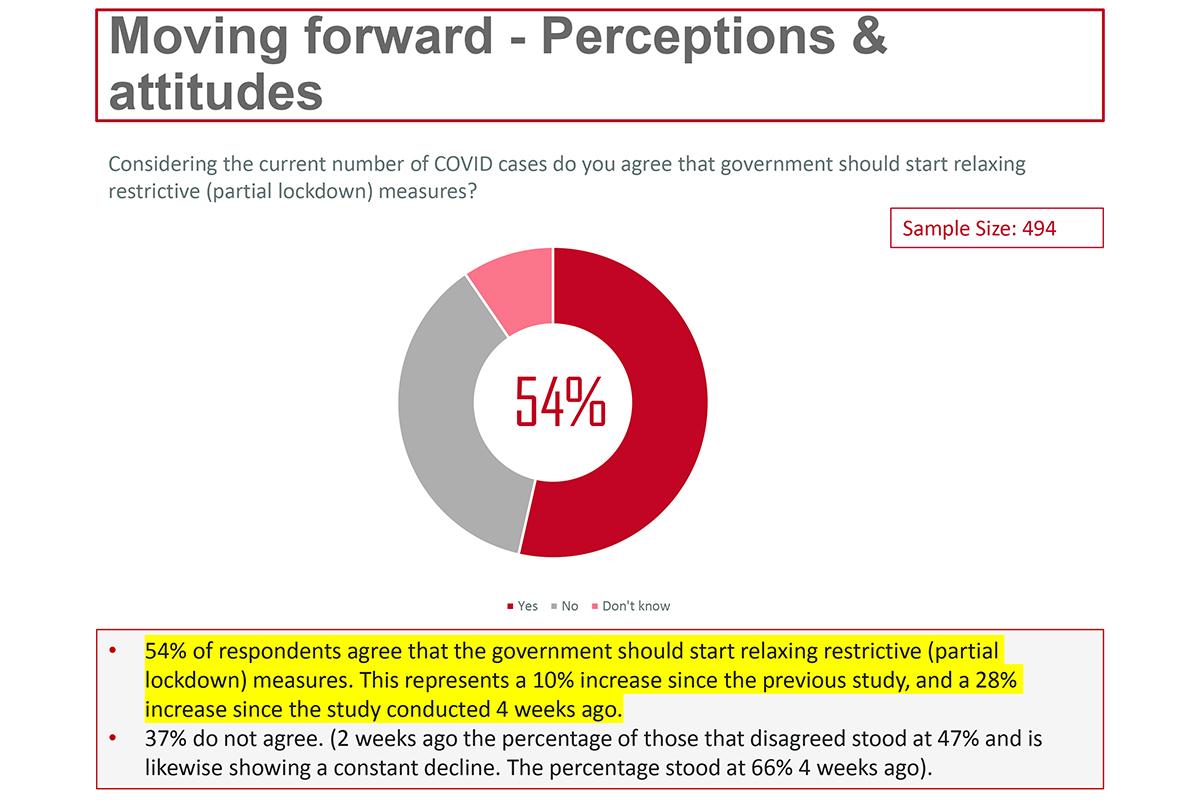 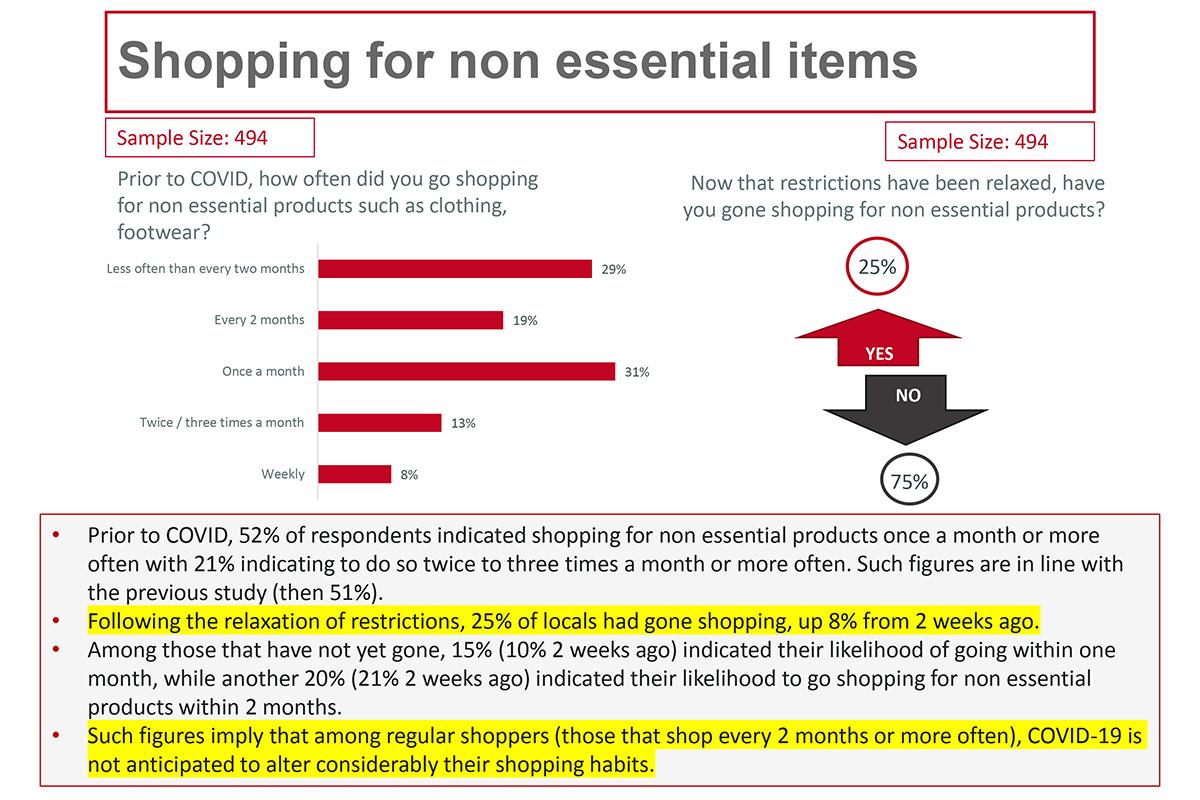 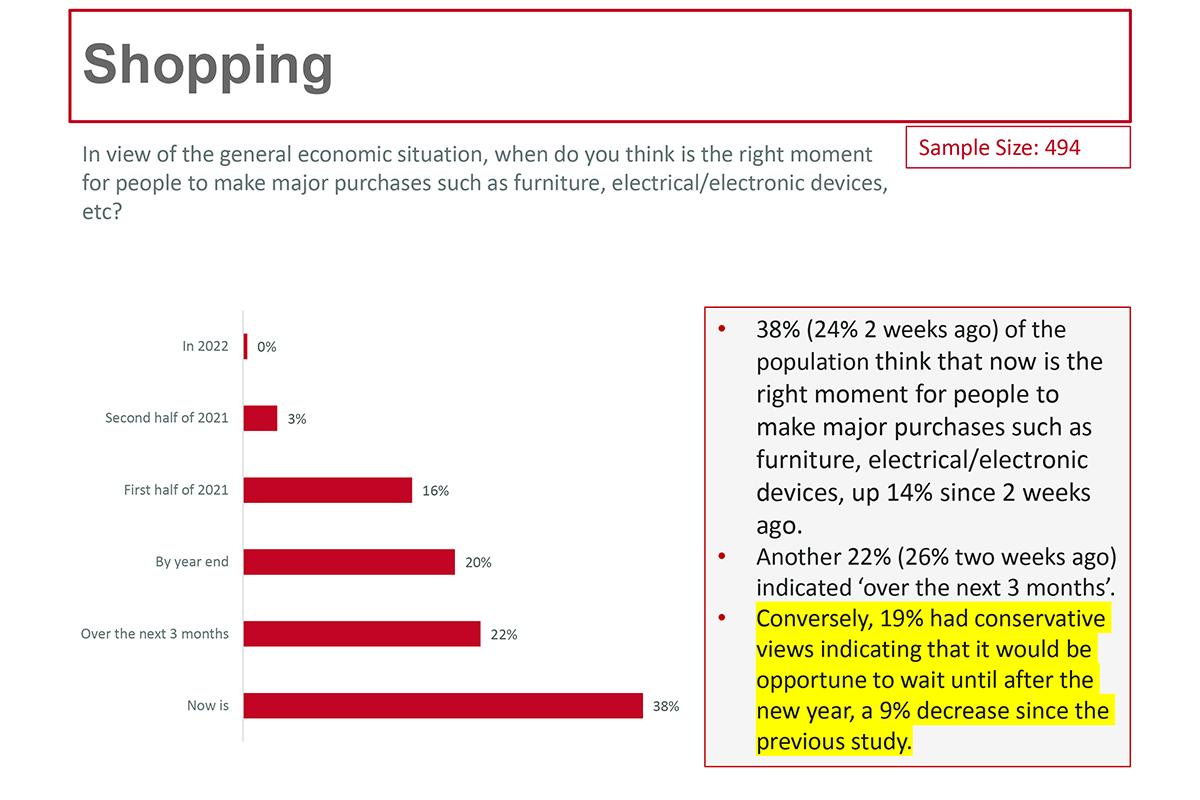 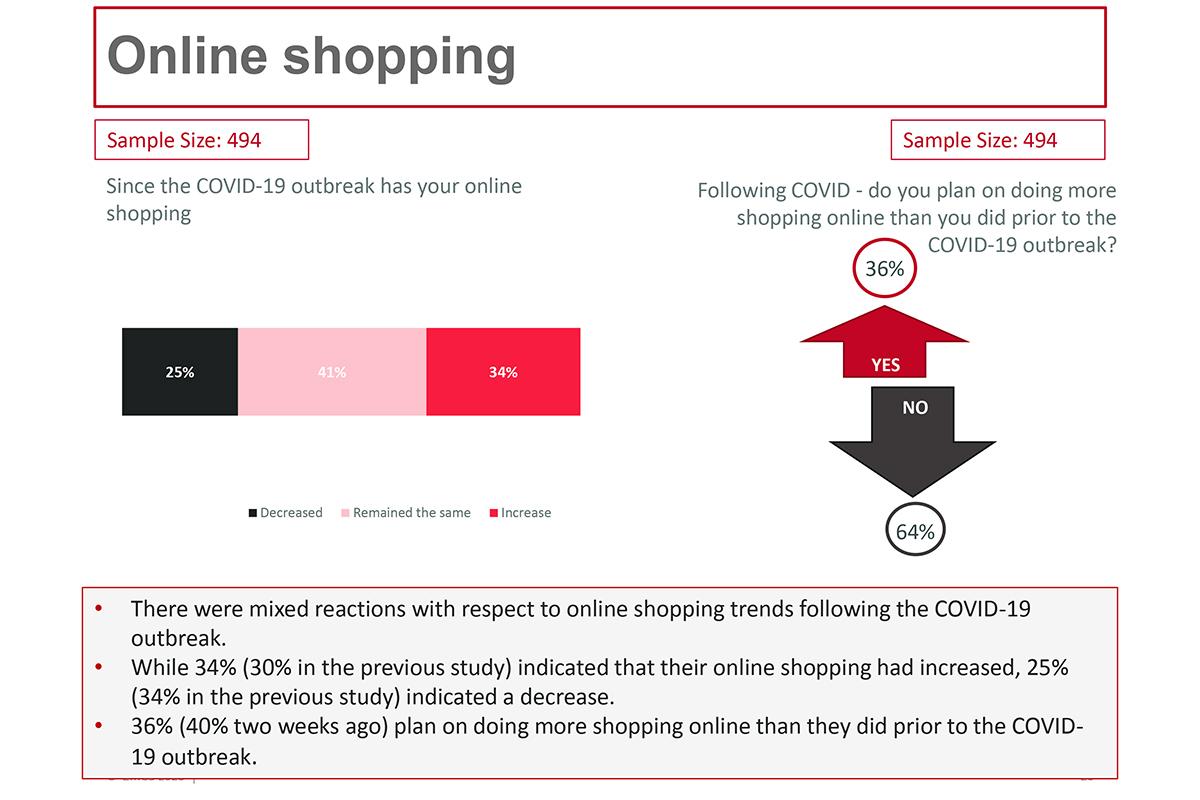 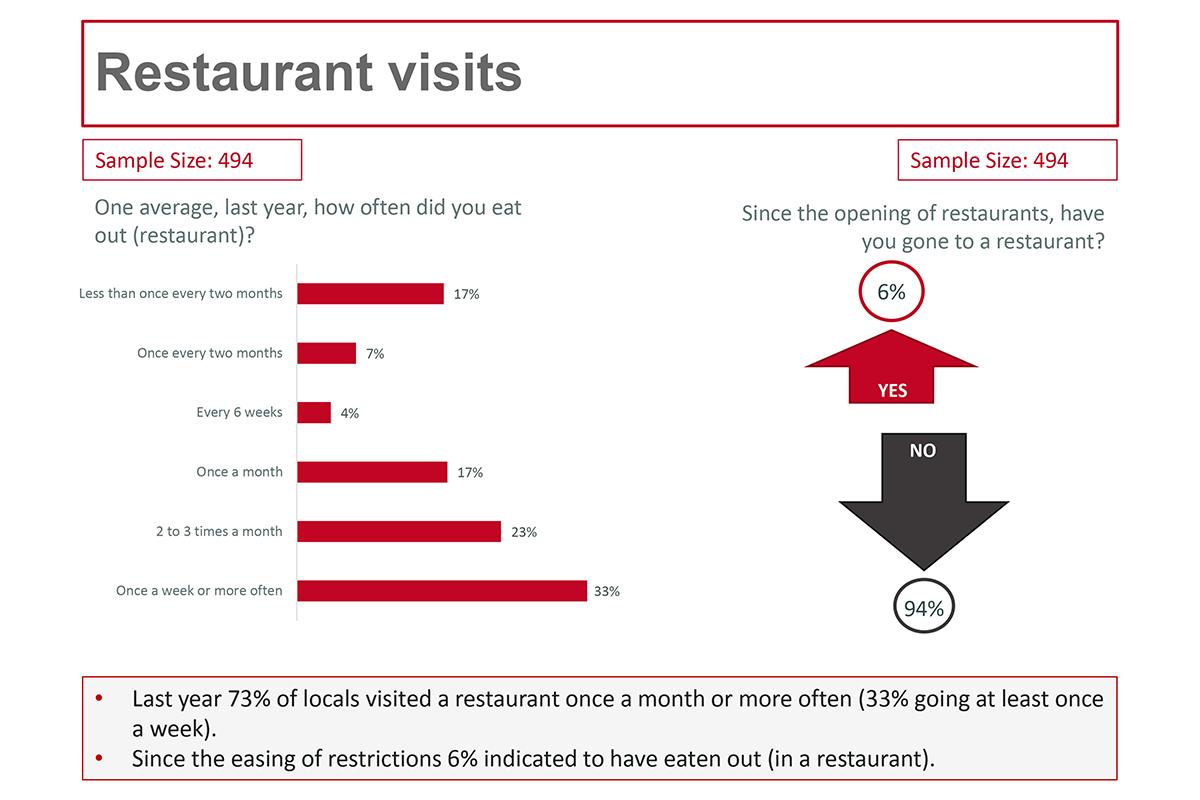 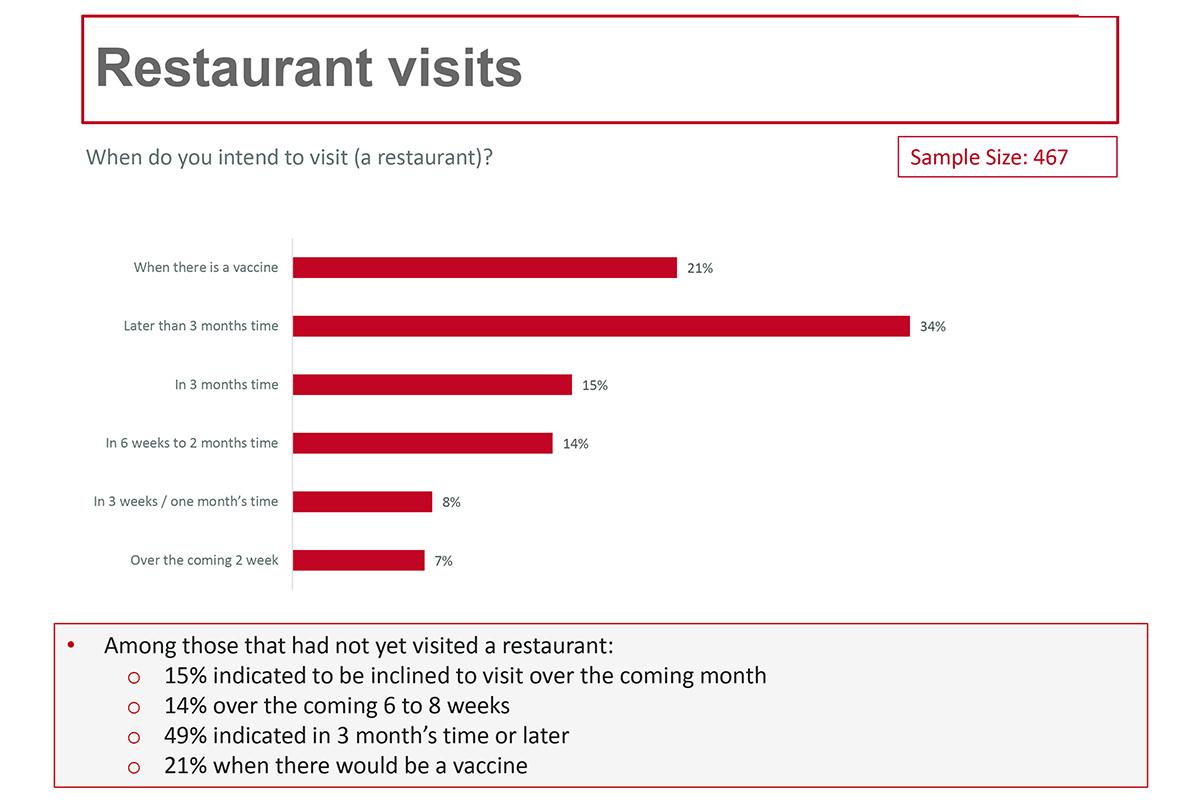 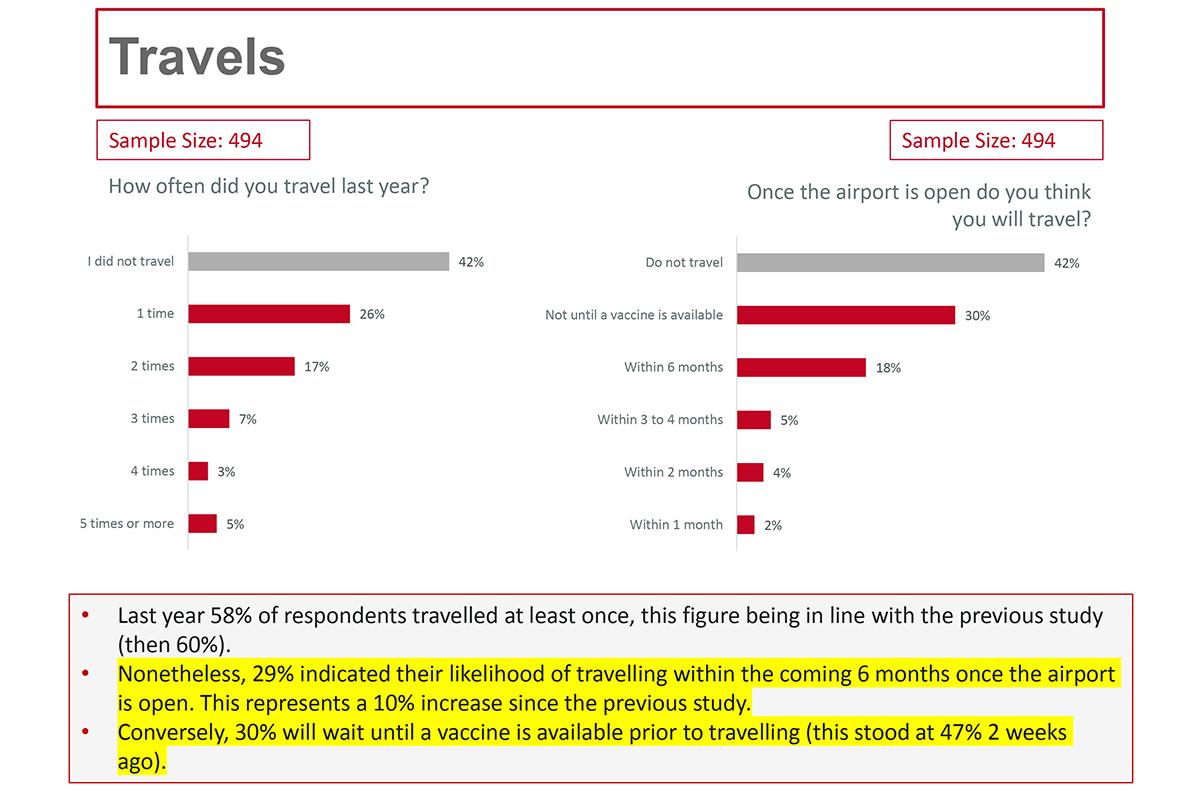 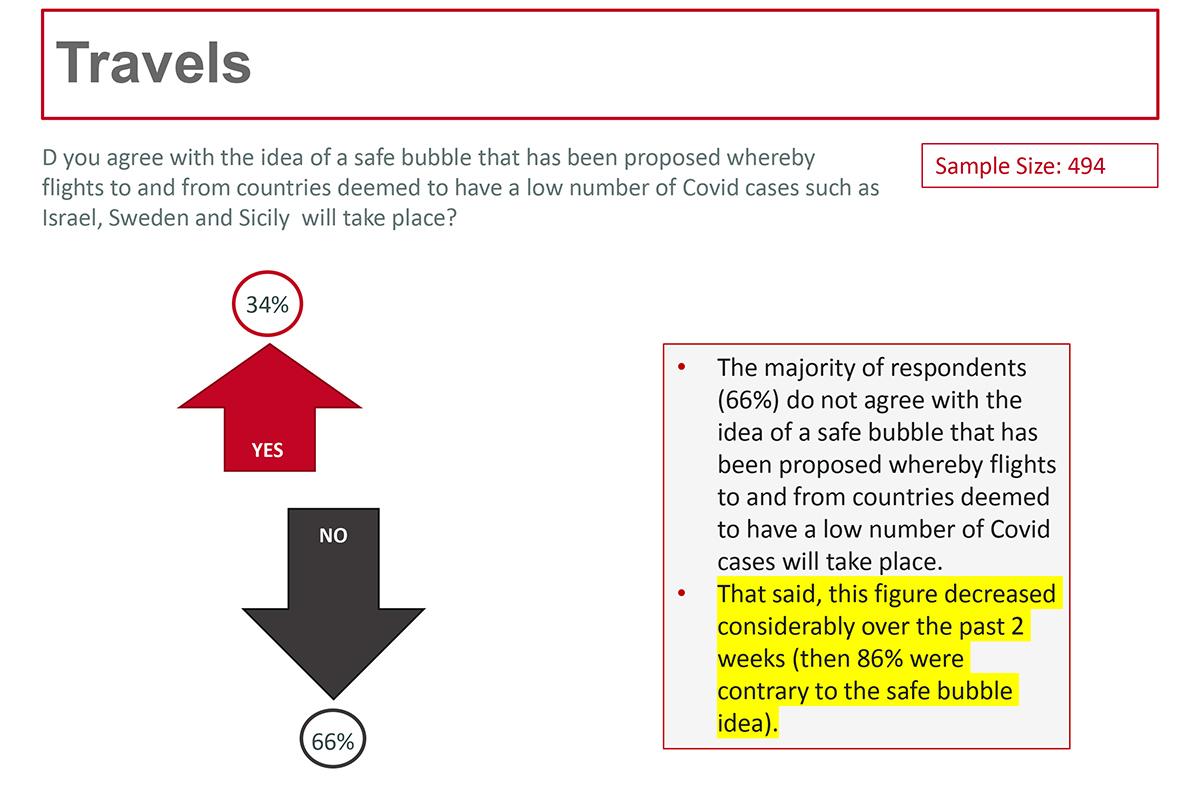 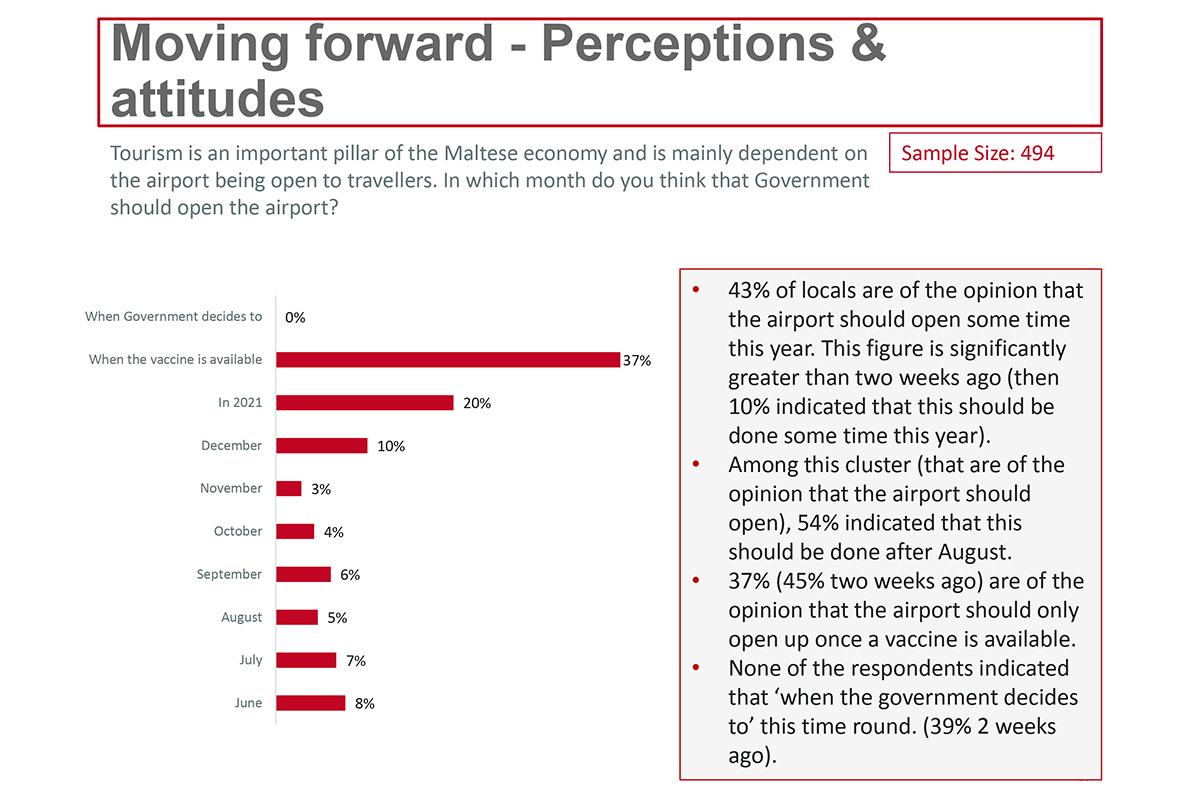 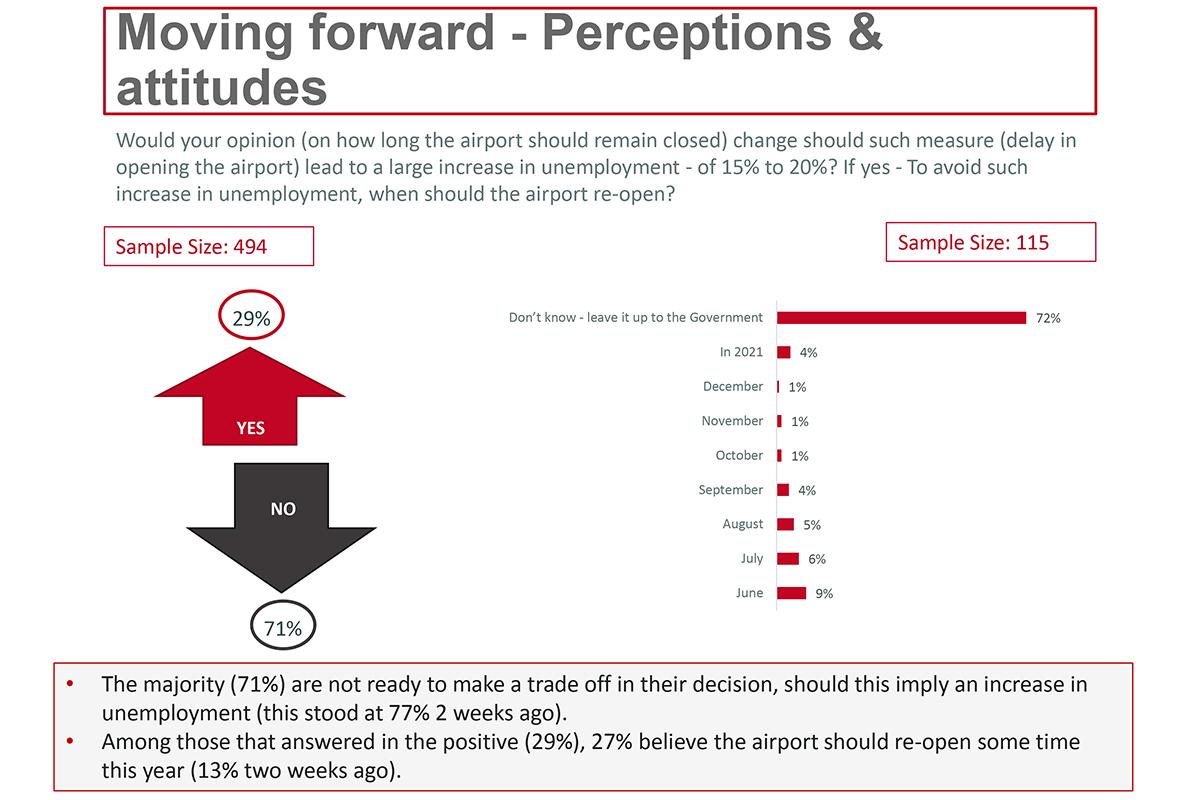 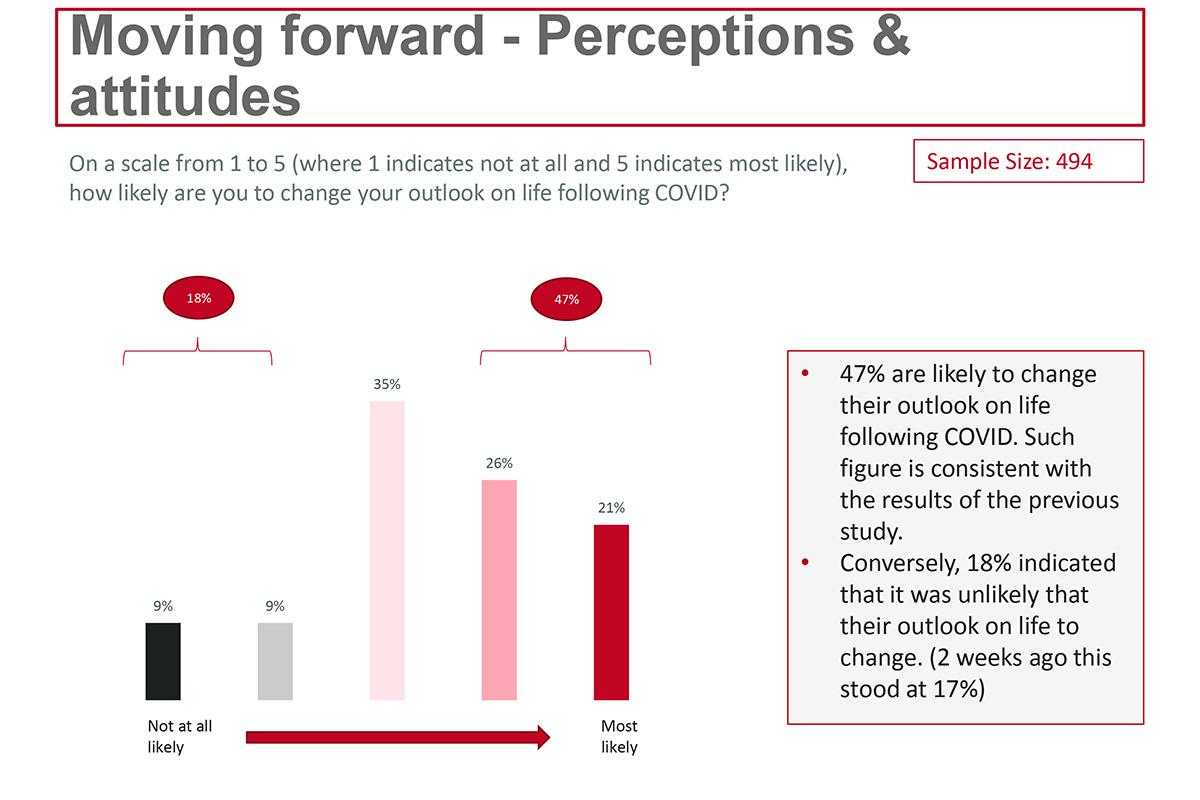 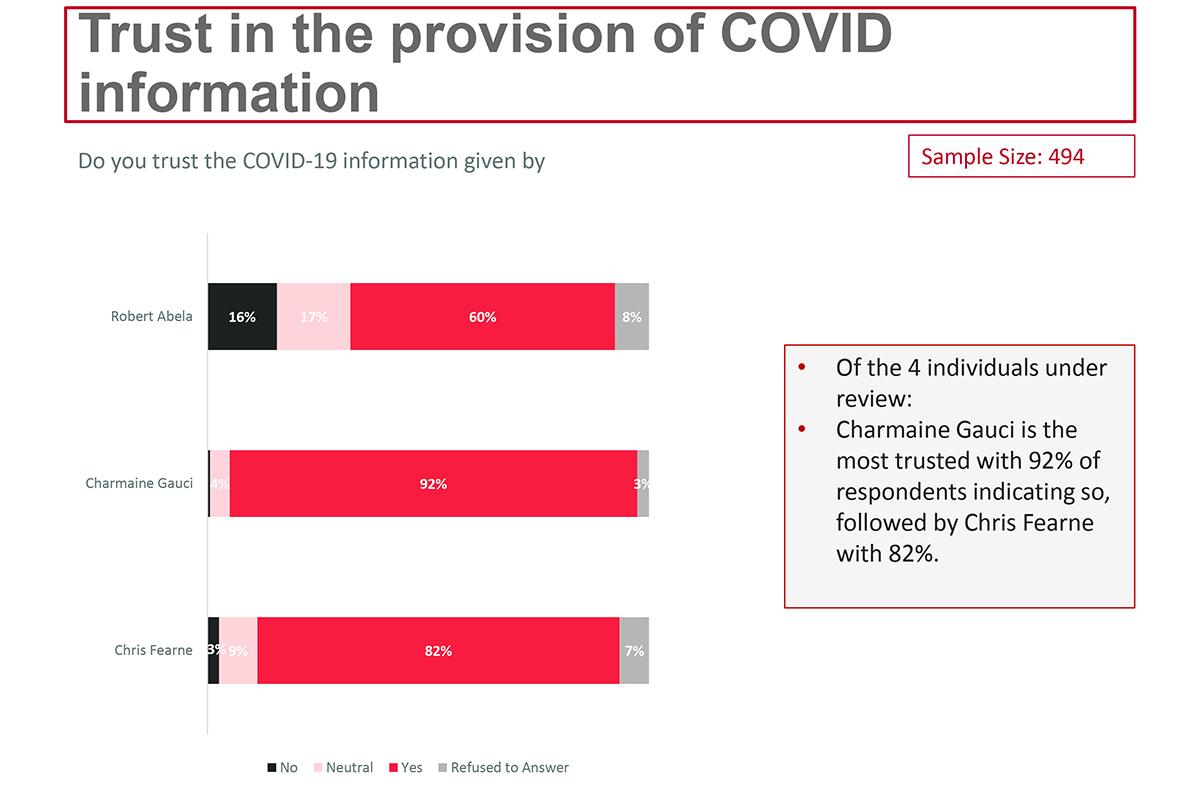