Vince Muscat’s confession about his role in the Daphne Caruana Galizia assassination and a presidential pardon for the 2015 murder of lawyer Carmel Chircop paved the way to the arrest of three individuals suspected to have a connection to both crimes.

Brothers Adrian and Robert Agius together with associate Jamie Vella were rounded up by police on Tuesday.

Muscat, known as il-Koħħu, was prosecuted in connection with the journalist’s murder on December 2017, together with brothers Alfred and George Degiorgo.

The Agius brothers and Vella were also arrested in December 2017 but never charged.

No one has ever been prosecuted in the Chircop case.

Does this mean he will walk free for both crimes?

No. While the pardon for the Chircop murder does grant him immunity from prosecution in that case, Muscat will spend several years in jail for his role in the Caruana Galizia assassination.

On Tuesday he was sentenced to 15 years after admitting to a range of charges including placing the bomb that killed her, holding explosives in the weeks and months prior to her murder and criminal conspiracy.

The Attorney General and defence formally asked for his case to be separated from that of fellow co-accused Alfred and George Degiorgio, leading to the guilty plea.

The Degiorgios continue to deny any involvement in the journalist’s assassination. 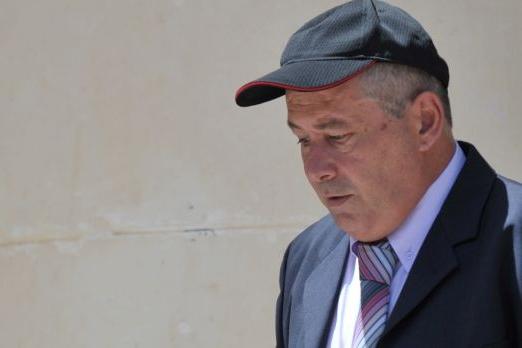 The compilation of evidence against Yorgen Fenech, who was charged in November 2019 with complicity in the murder, will continue. Muscat is not known to have any knowledge about Fenech’s involvement.

However, he gave the name of self-confessed murder middleman Melvin Theuma to the authorities in April 2018.

Muscat has been trying to gain some form of immunity from prosecution since April 2018, when he first offered up Theuma’s name in connection with the Caruana Galizia case.

When that request failed, Muscat changed tack, instead trying to reach a plea deal about the murder. The deal never came to fruition, and Muscat launched a fresh bid for a full pardon in December 2019 covering a litany of murders and violent heists.

His request for this wide-ranging pardon was turned down last month.

However, Muscat immediately re-opened negotiations for a plea deal in the Caruana Galizia case whilst putting in a pardon request for the Carmel Chircop murder.

Both requests have now been granted.

What does he know about the Daphne murder?

After the three rifles were test-fired, two of them were returned as they “were not very good”, il-Koħħu told police.

One of the rifles was even “rusty”, Muscat said.

Muscat pointed towards Alfred Degiorgio as the person with experience in handling the rifles and the one who would carry out the assassination attempt with the weapon.

The Degiorgios maintain their innocence and are set to face a trial in connection with the murder.

The attempt to shoot the journalist through a window where she often worked on her laptop was later abandoned in favour of the car bomb.

He told investigators that Agius and Vella showed them how to arm the device, described as being half the size of A4 paper, and also provided them with the SMS code necessary to detonate it.

Muscat said they were also told by the pair that the bomb would detonate around 15 to 30 seconds after the SMS was sent.

The fatal SMS with the code “Rel1=on” was allegedly sent by George Degiorgio just before 3pm on October 16, 2017.

How has Caruana Galizia’s family reacted?

As Muscat entered his guilty plea, family lawyer Jason Azzopardi read out a statement on behalf of the family.

"The macabre murder of Daphne Caruana Galizia was intentional and could have been avoided. The victim paid with her life and her family are paying for the loss of their loved one," Azzopardi said.

"I said all this today because if Daphne's family had to respond to the plea bargain based on their emotions, their response would be obvious," Azzopardi said.

The statement ended with the family expressing hope the development would "lead to full justice for Daphne Caruana Galizia".

What do we know about the Carmel Chircop murder?

Chircop was 51 when he was gunned down inside a garage complex in Birkirkara on a Thursday morning in October 2015, as he was heading to work.

He was shot four times in the upper body and died on the spot.

A lawyer by profession, Chircop was a partner at legal firm Dingli & Dingli and also served as president of the Duke of Connaught band club.

Chircop was one of the investors in the now defunct More Supermarket, having loaned a substantial sum to the men connected to the supermarket chain where millions are said to have been lost after owner Ryan Schembri fled the island.

Appearing as debtors in the contract were Schembri’s business partner Etienne Cassar, but also Adrian Agius.

Muscat has long been linked to a string of murders and assassinations. Apart from his prosecution in the Caruana Galizia assassination, he is also waiting to stand trial over his alleged role in a bungled 2010 HSBC heist.

Il-Koħħu told investigators last year he can name an individual, believed to be a former high-ranking Labour politician, who helped plan the heist on the bank’s headquarters.

However, the HSBC case did not form part of the plea bargain thrashed out for the Caruana Galizia assassination.

In 2014, Il-Koħħu was left critically injured after being shot three times outside his home.

The person charged with attempting to murder him was himself shot and killed that same year.