In late 2011, three masked and heavily-armed men walked into a Żebbuġ warehouse owned by a major narcotics smuggler.

With no shots fired, they walked out with a 20-kilo shipment of cocaine that police investigators say had an estimated street value of €1.4 million.

But this drug heist, which for the past nine years went unreported, is believed to have been the last straw in brewing gangland tensions which triggered a series of violent killings that shocked the country.

Enter what police sources describe as two “untouchable” siblings – Adrian and Robert Agius – known as tal-Maksar. Believed to be linked to Malta’s smuggling underworld, one of the brothers has been named as being the supplier of the bomb that killed Daphne Caruana Galizia.

But are the police connecting the dots between these violent gangland killings?

Adrian and Robert Agius are the sons of Raymond Agius ‘tal-Maksar’, a suspected contraband cigarette smuggler with interests in construction and a car dealership, who was shot dead in 2008 in what is believed to have been a hit ordered by a rival smuggler.

Police investigators think Agius senior’s rivals believed he was tipping off police about his competitors’ smuggling activities in exchange for protection.

He was shot twice in the head by a hitman wearing a motorcycle helmet while at Butterfly Bar in Birkirkara. The murder remains unsolved.

It was in the last week of November 2011, that a heist was carried out on suspected trafficker Raymond Caruana’s warehouse along the Żebbuġ bypass. The thieves, three masked men, stole around 20 kilos of cocaine destined to be shipped out of Malta again. 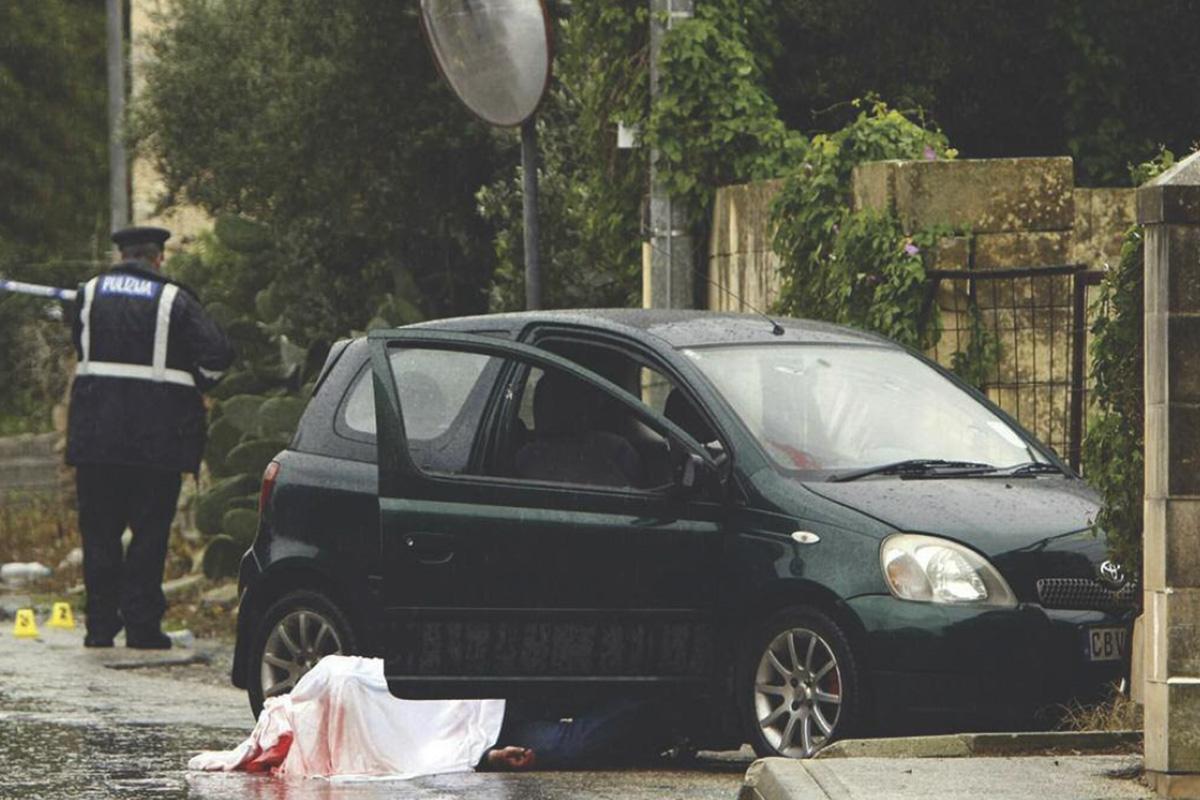 What followed was a string of crimes

At the time, Caruana was considered a major player in the underworld, according to police sources. He had suspected three known criminals and close associates of his of carrying out the heist: Paul Degabriele, a former soldier known as ‘is-Suldat’, Joseph Cutajar known as ‘il-Lion’, and Alfred Degiorgio known as ‘il-Fulu’.

Police believe Caruana, furious over the betrayal and theft of the drugs, had hired two hitmen, a 32-year-old from Għaxaq, and another 32-year-old of Fgura to murder il-Lion, whom he suspected of organising the cocaine robbery.

The hitmen planned to shoot him in an underground complex of Marsascala garages, but the hit went awry and il-Lion, known to carry a concealed weapon, shot his way out.

A bomb was also found under a car belonging to is-Suldat. The device, however, did not detonate. Investigators believed that, just like the assassins sent to kill il-Lion, the bomb had been placed there as payback for the stolen cocaine.

Sources said is-Suldat had approached the police with information saying the explosive had originated from a “Żejtun man”.

Not long after, the Żejtun man, alleged bomb-maker Peter Cassar, or ‘Pietru l-Ħaqqa, was shot dead outside his home.

Meanwhile, il-Lion posted bail for shooting the would-be assassins sent to kill him. But he was shot dead soon after as he emerged from his car in Mosta.

He was shot 12 times with a Kalashnikov assault rifle in what was described by police sources as a professional hired hit.

In May 2013, is-Suldat, was killed in a similar drive-by shooting in Marsa.

In March 2015, Caruana himself was finally killed, shot dead with a spray of machine gun fire in the San Blas neighbourhood of Żebbuġ.

Sources said that in the vacuum created by this cocaine feud, the Agius brothers seized the opportunity to establish themselves as major players in the smuggling world. Times of Malta understands that Maltese police have identified the brothers as the heads of a local crime group and described them as “high-value targets”.

The cocaine feud had been resolved. But what followed was a string of other crimes. 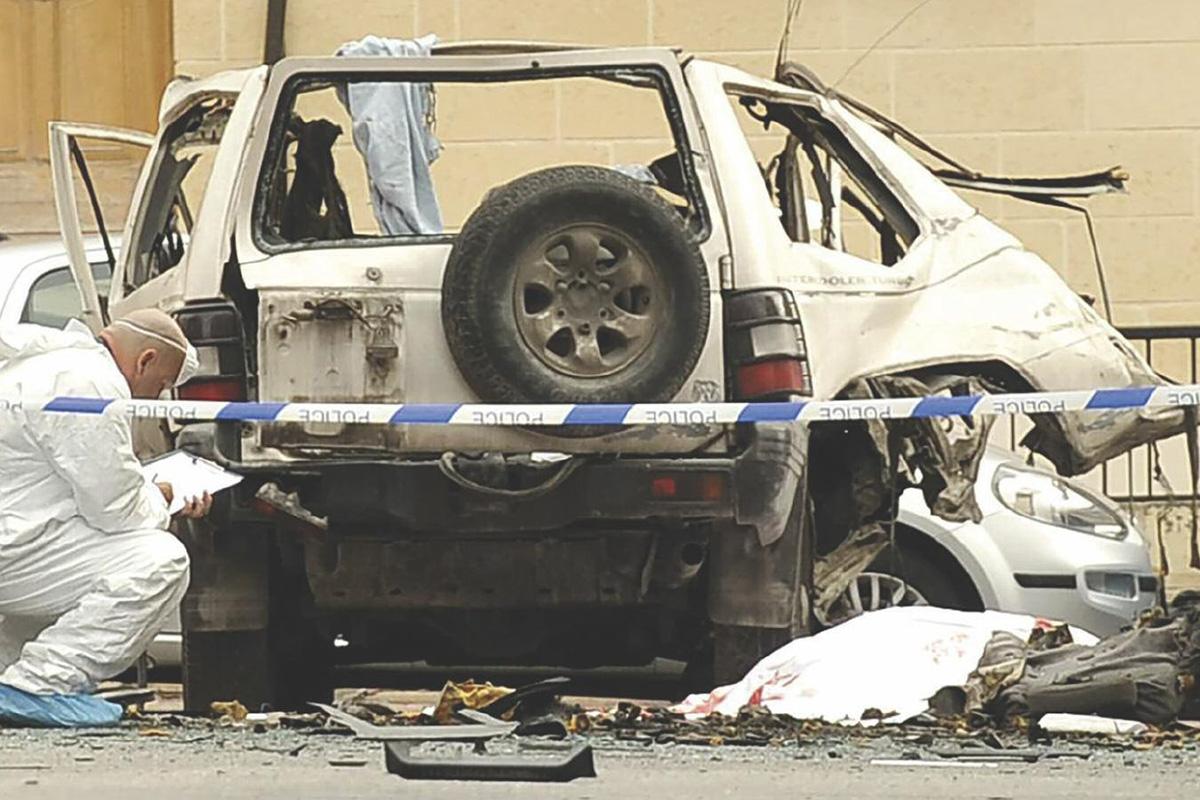 Josef Cassar lost both his legs following a car bomb in Marsa in September 2016. It preceded the assassination of 67-year-old businessman Giovann Camilleri ‘tas-Sapun’ in October 2016. It was then followed by the “most terrifying” bomb, in February 2017, when Romeo Bone’s legs were both blown off when a bomb went off in his car at the Msida junction.

Despite the list of men killed in bombs and shootings, police have failed to bring anyone to justice.

In the complex, interconnected world of Maltese crime, it appears salient now that when Daphne Caruana Galizia first crowbarred the name of Adrian Agius into one of her posts on a suspicious supermarket bust – the one, single reference she ever made to him – that same name would crop up in a mysterious event that took place just one year later. 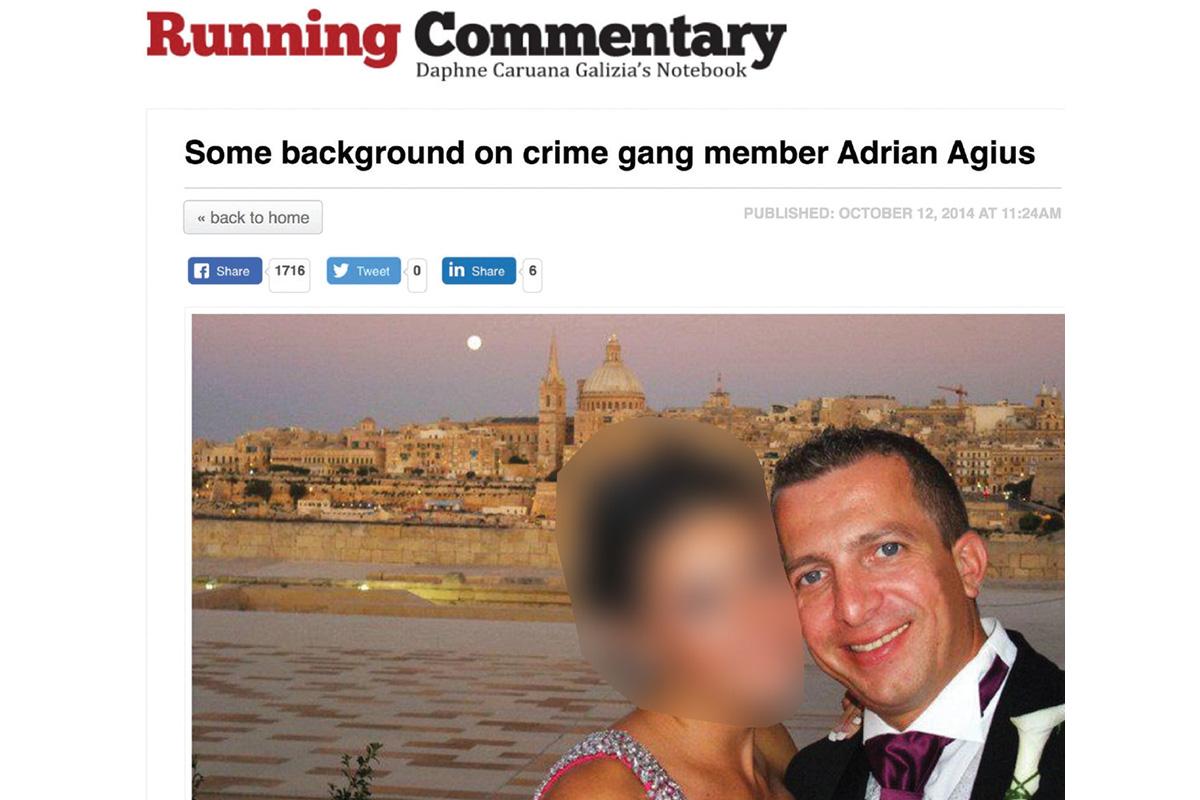 It was the death of lawyer Carmel Chircop, 51, shot four times in a Birkirkara multi-storey garage on the morning of October 8, 2015.

Since then, little has been disclosed of the ongoing investigations into the murder of a lawyer who enjoyed extensive community bonds and other business relationships.

But Chircop, it turns out, had been one of the ‘investors’ in the mysterious More Supermarkets bust, having loaned a substantial sum to the men connected to the supermarket chain where millions are said to have been lost after owner Ryan Schembri fled the island. 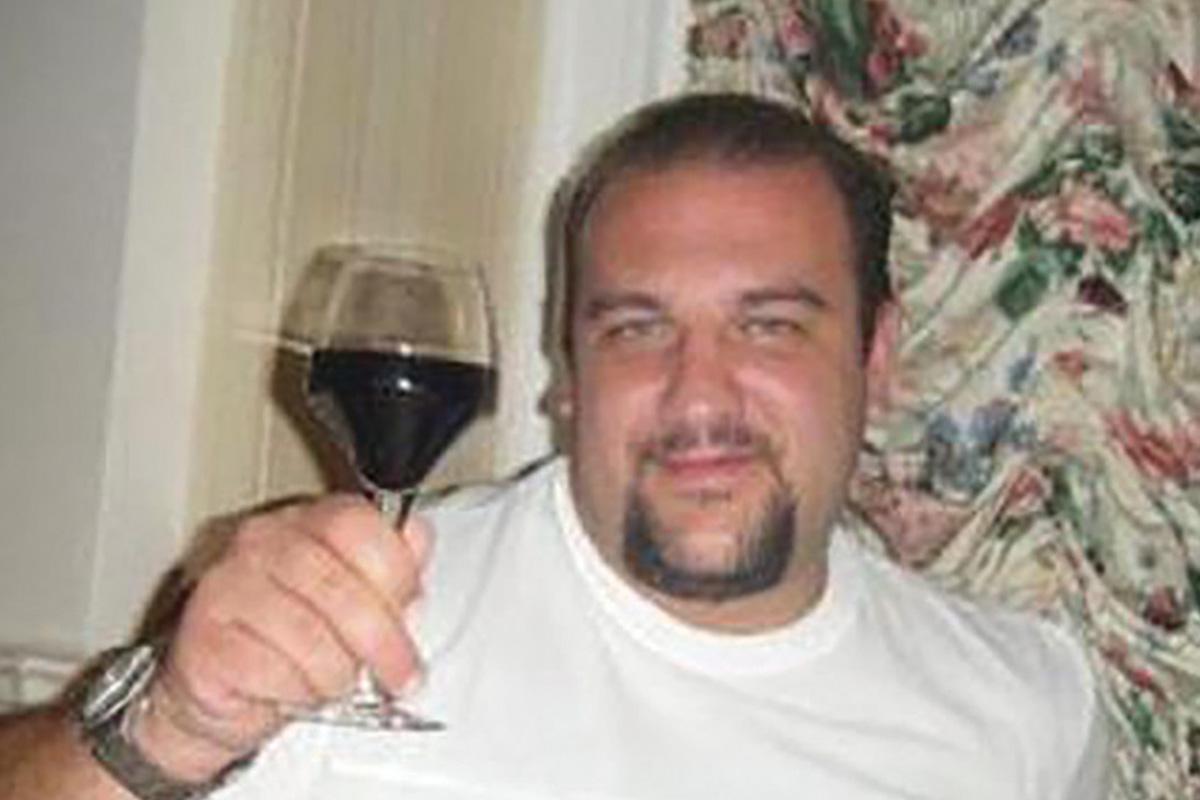 Appearing as debtors in the contract were Schembri’s business partner Etienne Cassar, but also Adrian Agius – now known as one of the men first arrested by police in December 2017 in connection with the assassination of Caruana Galizia, and later released on police bail.

Together, Schembri, Cassar, and Agius owned shares in another joint company called Interaa Holdings. Both Cassar and Agius resigned their positions in October 2014.

According to their contract, Chircop agreed to loan the three businessmen, €750,000 interest-free. The contract suggests the loan had already taken place, since a €50,000 repayment had taken place on the day of the contract itself, and that a further payment was expected by the end of the month, and a further €50,000 to be paid by April 30, 2014.

A final payment of €600,000 had to be paid by not later than February 15, 2015 – less than a year later. The contract, however, bound the creditors to repay the entire sum within seven days of being notified by Chircop of any default in payment terms.

Schembri and Cassar, who together owned Cassar & Schembri Marketing – the company that supplied foodstuffs to the More Supermarket chain – issued two loan notes to Chircop, personally in their names for the debt.

But Agius was guarantor on the debt, presenting as a special hypothec his grand villa property.

Chircop exempted the notary from carrying out the usual searches on the title and the property guarantee.

Three months later, Schembri started transferring his supermarket business to a new investor, the restaurateur Darren Casha, who was then under the impression that the More Supermarkets chain was in excellent financial health. Schembri later fled the island in September 2014.

In October 2015, Carmel Chircop was murdered in cold blood.

Six months after Chircop’s murder, Adrian Agius took recourse to the law courts in a bid to cancel the notarial deed that had locked in his property as guarantee for the €750,000 debt.

Chircop’s widow, however, refused the claim, insisting that Agius himself had informed the victim “to take his villa as repayment for the loan...”

Yet, neither party ever made it to court to take a stand on the alleged claim.

Soon after, following various deferments, Agius’s lawyer Arthur Azzopardi told the court in January 2018 that Agius was renouncing the case after an out-of-court settlement with the Chircop heirs.

Walking away from drug charges

Robert Agius, 36, had been arraigned in May 2012, charged with heroin-trafficking conspiracy, cocaine possession and illegal keeping of live ammunition.

The charges were serious, but this summer he walked away scot-free.

Agius had been identified as a suspect after police caught a woman who had landed in Malta from Cairo with two plastic blocks filled with heroin.

The woman gutted Agius and told police she had agreed to smuggle drugs in for him.

In a controlled delivery, set up by the drug squad, police swapped the narcotics with decoy wooden slabs, and caught Agius receiving them on tape.

However, once proceedings against Agius began, the woman – a crucial witness in the case – persistently refused to testify.

As proceedings dragged on, Agius’ lawyers filed a constitutional application, arguing that their client’s right to a fair hearing within a reasonable time had been breached. More than six years had passed since Agius was arraigned.

Then, in July, citing case law, a court declared that the prosecution had not sufficiently proved the accused’s intention to sell or traffic drugs.

As for the cocaine possession charge, the court observed that the suspect substance had never been scientifically analysed by the police and so they had not even proven that it was an illegal drug.

All that was proved was the possession of a live bullet. For that Agius made off with a €500 fine. 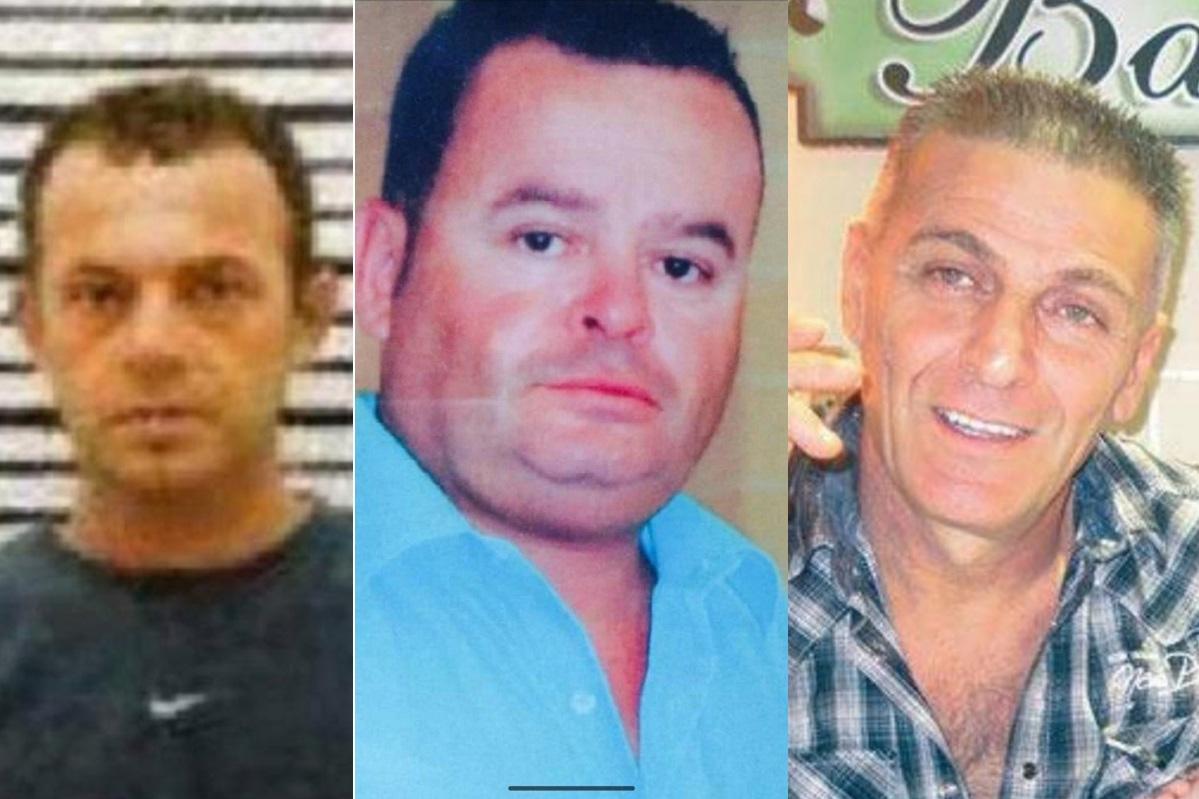 Revenge: Caruana plans to take out the men who robbed him.

Garage shoot out: Two hit men are sent to kill il-Lion, but in a shoot-out he escapes with his life and they do not. Il-Lion is taken in for questioning.

Undetonated: A bomb is placed under is-Suldat’s pick-up truck, but it fails to detonate. 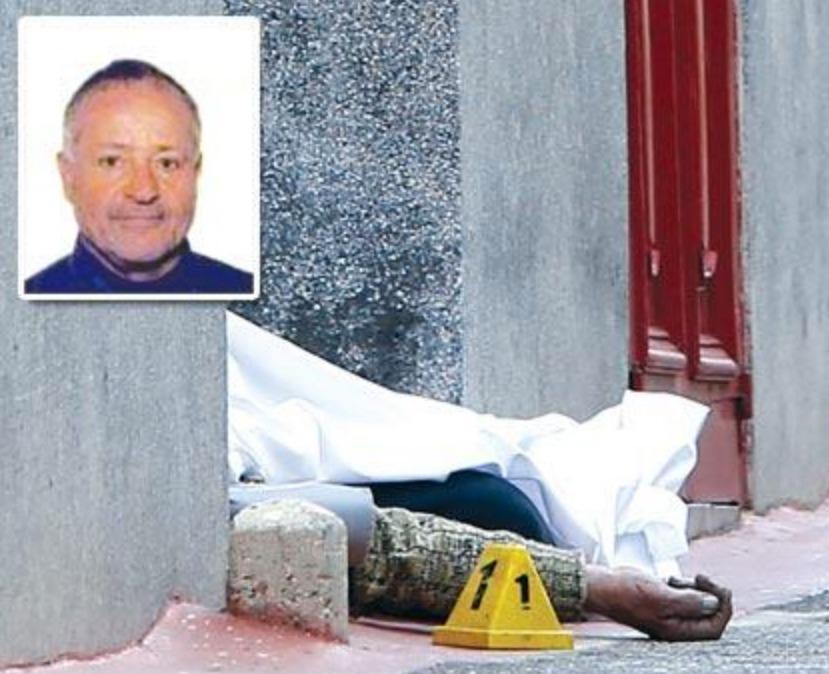 The bomb maker: Police receive a tip-off that the explosive device was made by known bomb maker ‘Pietru l-Ħaqqa’. Before he can be interrogated he was shot dead. 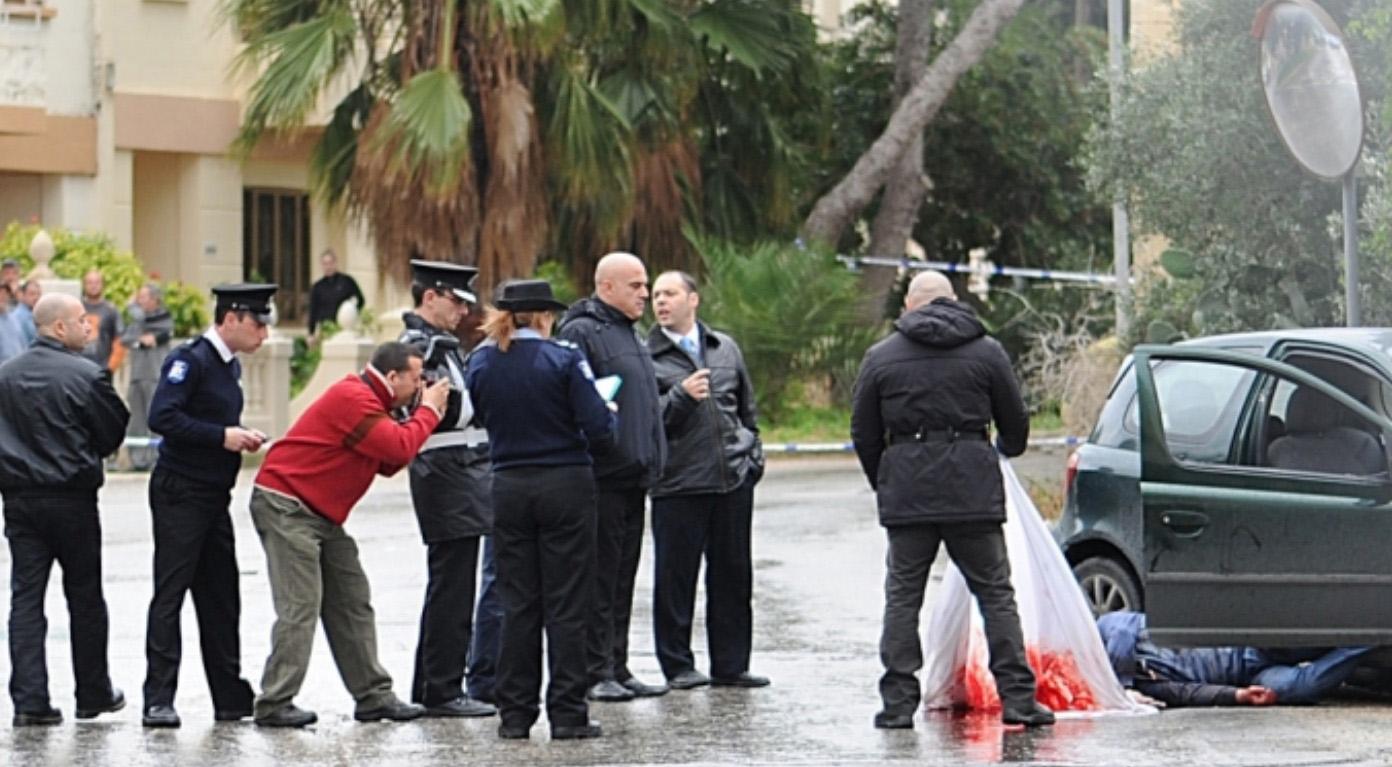 Roadside shooting: Il-Lion posts bail after shooting the hitmen sent to murder him. But shortly afterwards, he is murdered, sprayed with 12 bullets from a machine gun.

End of a feud: Raymond Caruana was also shot, killed with an assault riffle outside his home in the limits of Żebbuġ.

An opportunity: Police sources say the Agius brothers saw an opportunity in the feud and moved to establish themselves as key players in the criminal world.