Murder suspects Alfred and George Degiorgio have each asked for a presidential pardon in exchange for testimony one of the brothers claims will implicate an ex-minister and a "middleman" in Daphne Caruana Galizia's murder.

In the same pardon request, Alfred Degiorgio has claimed knowledge that could implicate both an ex-minister and a current one for masterminding a case that resulted in an attempted robbery, a likely reference to the botched 2010 HSBC heist, which ended in a violent shootout with police.

Two of the Degiorgios associates, Vince Muscat, known as il-Koħħu, and Darren Debono, were charged in 2010 with the attempted hold-up and attempted murder of two police officers during the failed heist.

The Degiorgio brothers and Vince Muscat were arrested and charged for their alleged role in planting and detonating the bomb used to assassinate Caruana Galizia in October 2017.

Muscat has since confessed to his part in the murder plot in exchange for a 15-year plea deal. 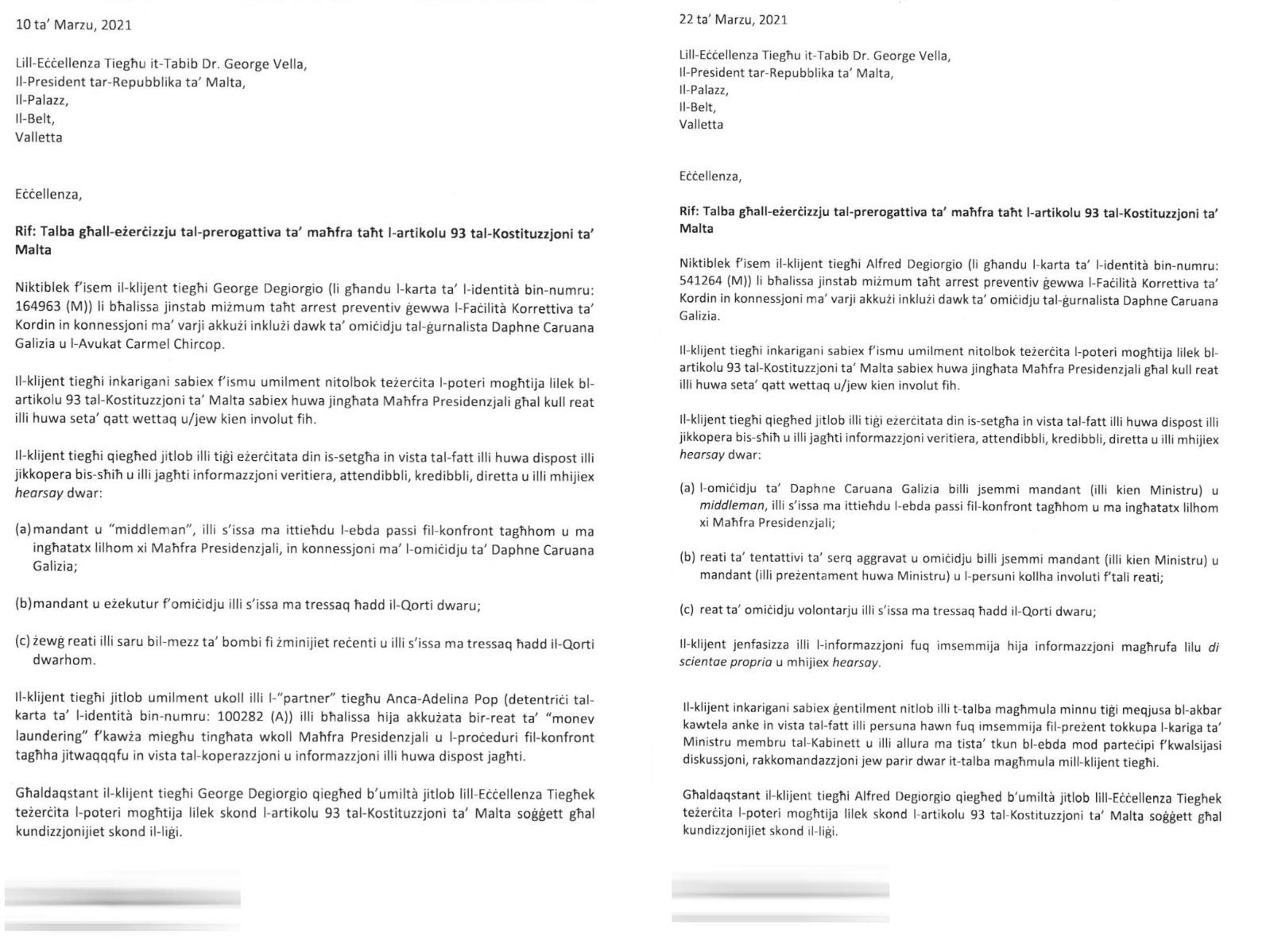 The formal requests for a presidential pardon.

His testimony in recent weeks has alleged the involvement of former Economy Minister Chris Cardona and his associate David Gatt, a claim the pair vehemently deny.

The testimony about their alleged role in the murder mainly relies on information given to him by the Degiorgio brothers.

The two pardon requests to President George Vella are dated March 10 and 22.

Alfred Degiorgio further claims in his pardon request to have knowledge about another unspecified murder that has yet to be tried in court.

In his request, George Degiorgio says he can offer insight into an unspecified murder as well as two unsolved car bombings and the Caruana Galizia murder.

Malta was rocked by a spate of car bombings in the lead up to the journalist’s murder in October 2017. 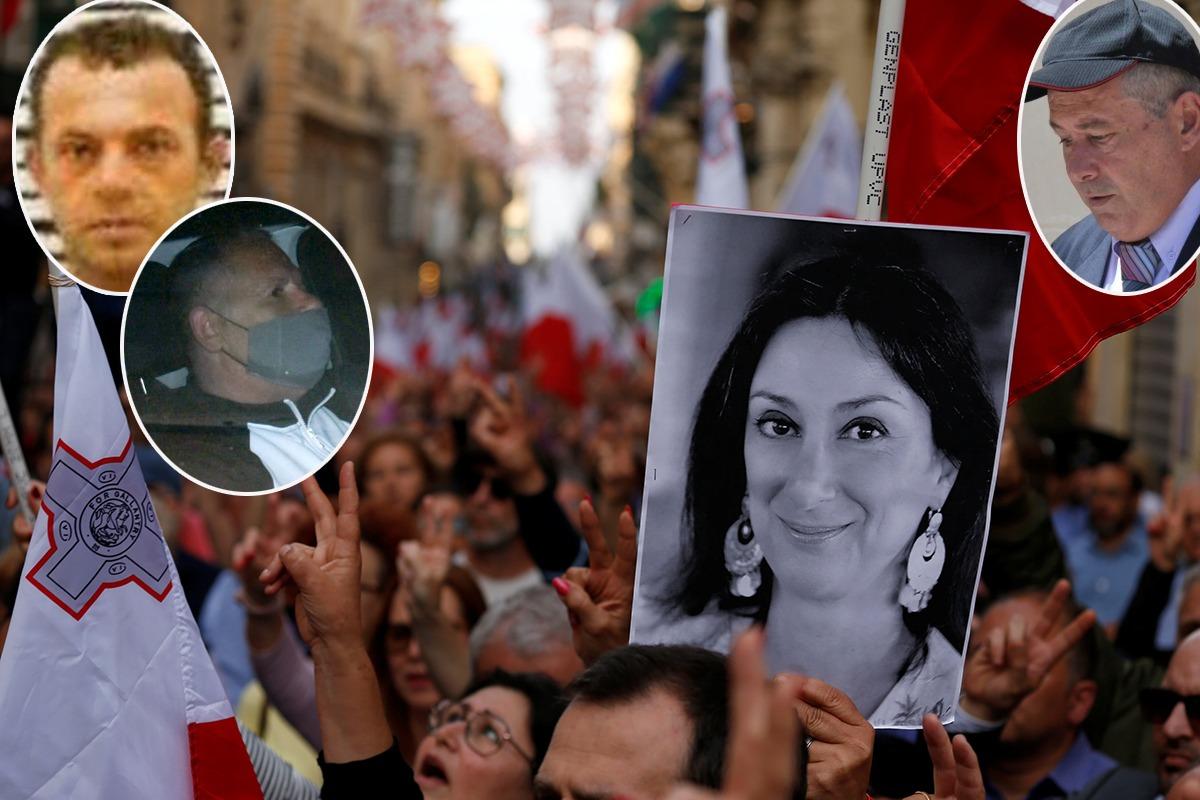 The Degiorgio brothers and Vince Muscat (right), stand charged with sparking off the device which killed Caruana Galizia.

Five of seven have asked for pardon

The pardon request by the two brothers now means that five of the seven men implicated in the murder by prosecutors have tried to walk away scot-free under a state-sanctioned deal.

Muscat was the first one to request a pardon in April 2018, offering up knowledge about the role of middleman Melvin Theuma in the journalist’s assassination.

A year later, Theuma was granted a pardon that led him to implicate businessman Yorgen Fenech as the mastermind in the car bombing.

Fenech in turned asked for his own pardon, in which he initially claimed Cardona was the real mastermind.

After the pardon was turned down, he changed his version of events, claiming it was his friend Keith Schembri who had actually ordered the murder.

In parallel, il-Koħħu went on to put in a blanket request for a pardon on a spate of murders and violent crimes, including the Caruana Galizia assassination and HSBC heist.

The request was turned down by Cabinet in January.

Weeks later, Muscat reached a plea bargain on the Caruana Galizia that has seen him testify against the Degiorgio brothers as well as implicate Robert Agius and his associate Jamie Vella in supplying the bomb used to kill the journalist.

Muscat was also given a pardon to tell-all about the 2015 murder of lawyer Carmel Chircop. Muscat has pointed towards the involvement of Agius and his brother Adrian, together with Vella and George Degiorgio.

The Daphne Caruana Galizia Foundation said it was not in favour of the Degiorgio brothers receiving a pardon.

"Crimes should be solved and criminals brought to justice, but not at the expense of denying Daphne the justice she deserves. She has already given too much for that."