Day four of the electoral campaign was a relatively quiet one, with the headlines dominated instead by Russia's invasion of Ukraine.

That shocking development saw the prime minister pausing his campaigning to attend a meeting of EU leaders in Brussels. The highlight of the day in Malta was the publication of the electoral programme of the Nationalist Party.

Here's a round-up of campaign events:

That's all from us today. We'll be back tomorrow to give you more 2022 election updates, as they happen. Thank you for having joined us.

8.31pm The council of the Nationalist Party approves the PN electoral programme. The session was addressed by party leader Bernard Grech, who said the party will continue to listen to the people and if necessary come up with even more proposals.  The programme, he said, was the result of a dynamic, renewed party that had made a leap of quality and wanted to bring about change for Malta as a modern democratic country with a social soul. 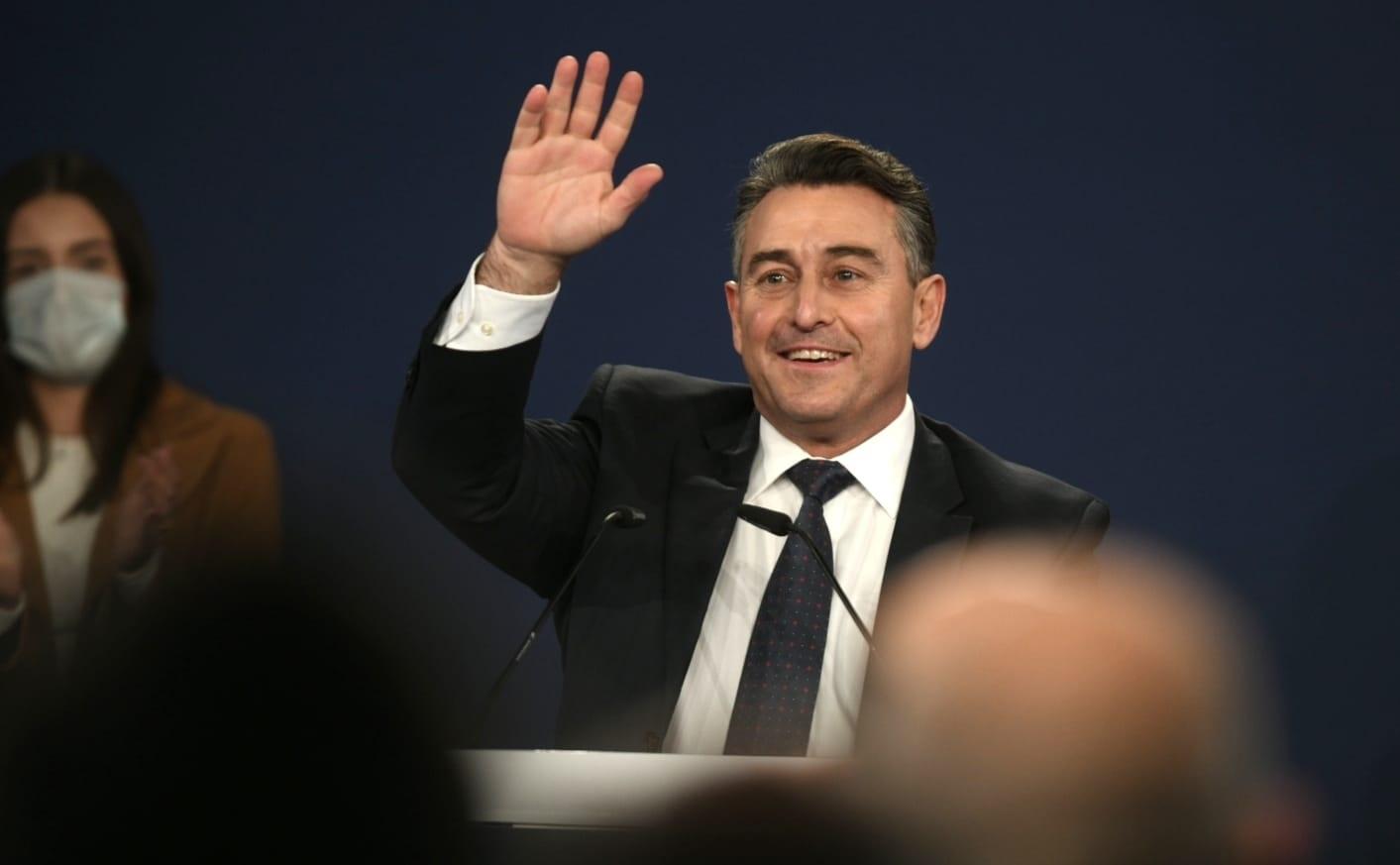 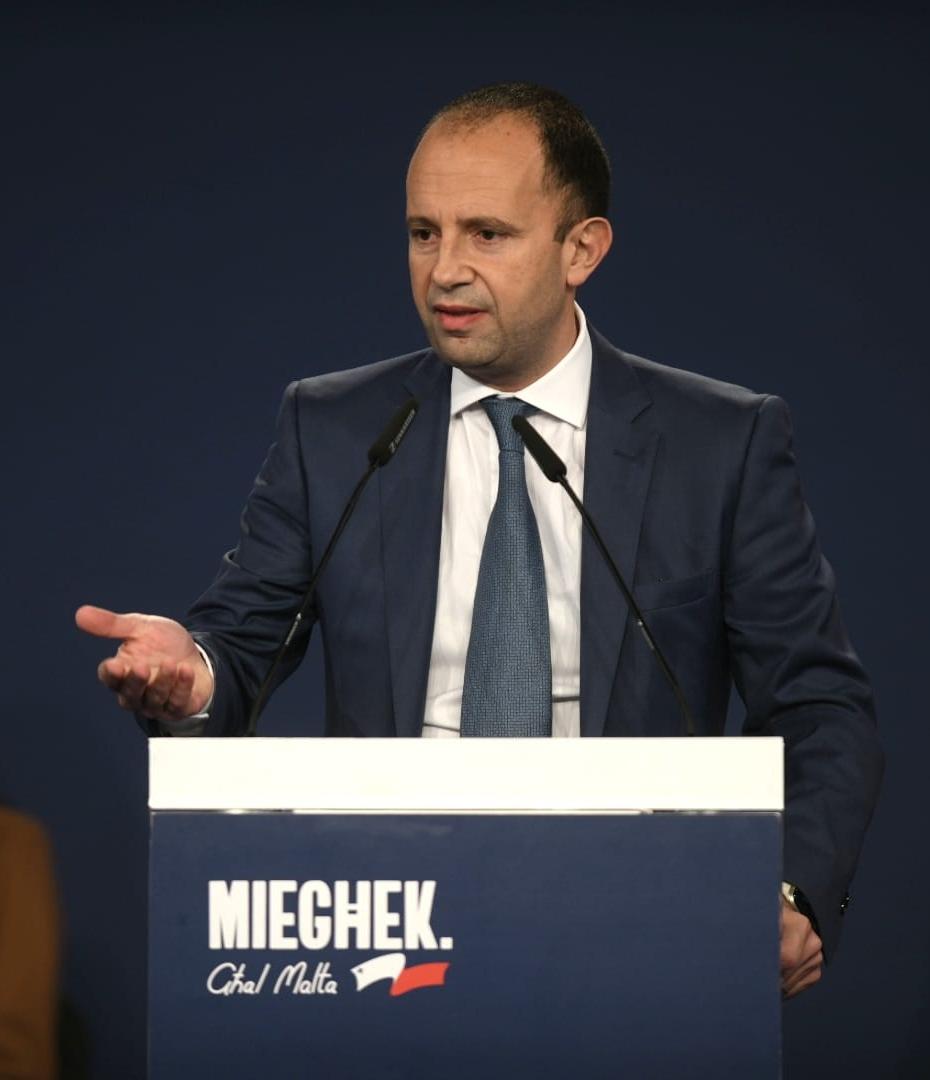 6.50pm The Nationalist Party issued its electoral programme in draft form on its website on Thursday evening, as it was being discussed by the party's general council.

The document was introduced by Claudio Grech, who was responsible for its drafting. Approval of the programme is expected later on Thursday.

The programme features 540 proposals, including a national pilot project for the introduction of a four-day working week, a one-off grant of €1,000 for parents having a child as from January 1, 2017, and a commitment to add 50,000 square metres of land to ODZ zoning every year.

6.40pm The Nationalist Party is holding an extraordinary general council to approve its manifesto for the general election. You can follow the proceedings here.

Will you be abroad, or in hospital, on polling day? 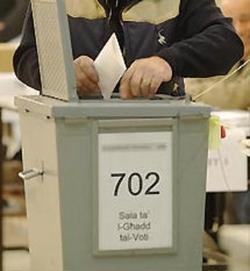 6.17pm The Electoral Commission has invited people who will be abroad on polling day, and those who expect to be in hospital, to apply to vote early.They need to personally call at the Office of the Electoral Commission, Counting Hall Complex, Naxxar, or at 28A, St Francis Square, Victoria, Gozo, to make a sworn statement as from Monday February 28 between 8am and 2pm and 3pm to 8pm. The deadline is March 18.  Applicants need to produce their ID Cards.

Fearne standing in for Abela at Labour event

5.44pm With the prime minister in Brussels on Thursday evening for an urgent EU summit on the Ukraine crisis, deputy leader Chris Fearne is standing in for him at a party event at Birżebbuġa. Watch the proceedings below.

4.32pm Anthropologist Rachael Scicluna, who was revealed as a Labour party candidate on the second and ninth districts last year, will not contest the election. The University of Malta lecturer would not comment on the decision when contacted by Times of Malta. 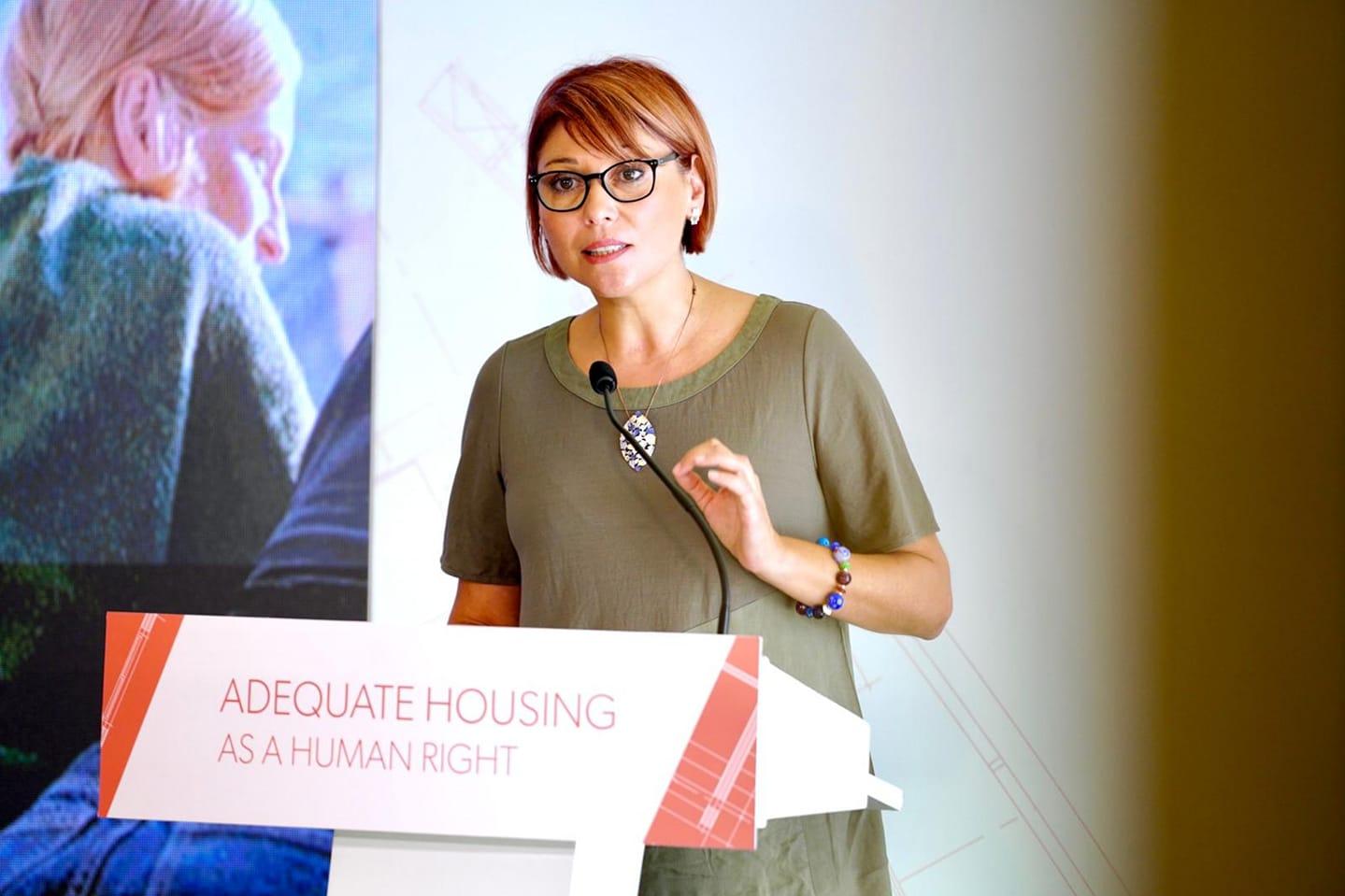 2.33pm Enterprise Minister Miriam Dalli has just provided a snapshot of the sexism female politicians have to deal with. She shared a Facebook comment posted under her recent appearance during TVM's XTRA programme.

The comment told her to "find a husband" and "stay cooking at home".

Her response? "I reassure him that not only will I not stay at home, but I will encourage more women and girls to come forward because this caveman mentality does not discourage us but strengthens us".

2.14pm Volt, the tiny political party, announced proposals on tourism, saying it would like to see a share issue for Air Malta, air links with North America and a Diaspora Pass for persons of Maltese descent and long-term residents abroad. They would become eligible for discounts and free access to museums and public transport when they visit Malta.

1.05pm The Malta Union of Teachers is proposing the start of discussions to transform the current state education service to a public sector entity.

This is one in a series of 60 proposals it presented to political parties on Thursday, ahead of March’s general election. Read the article here.

1pm The sight of dozens of people gathering en masse for political events while other sectors are still instructed to stick to COVID-19 measures has upset many who accused the authorities of adopting two-weights, two-measures.

Health Minister Chris Fearne was asked about this anomaly at a press conference on Thursday.

His reply: "When it comes to political activities, we ask everyone to be responsible. I know events are being organised with permission and protocols obtained from MTA, everyone has to be registered and seated in clusters. I understand other parties are not seeking permission from MTA and going ahead with events. I keep asking for people to be responsible. Our roadmap is not going to take months. We have already given a date for how standing events can go ahead so I ask for some patience as well." 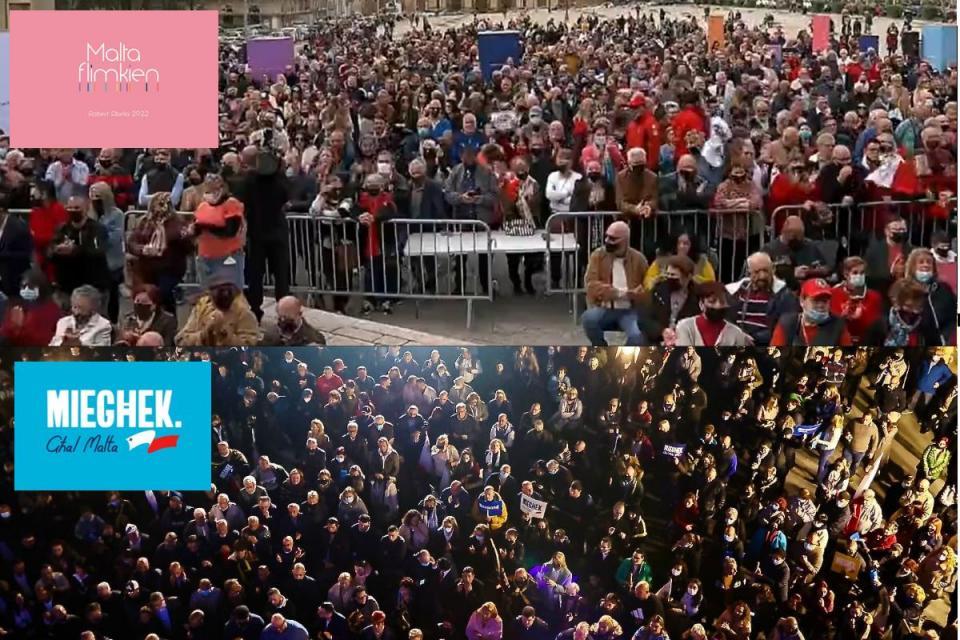 They include an increase in pensions by €15 a week throughout the next legislature which will mean an increase of more than €2,300 a year, according to Falzon.

Abela announced this on Sunday.

11.33am Grech was also challenged on whether he thinks the PN's proposal of suspended traffic conventions would increase anarchy on Maltese roads and bolster the casual "couldn't care less" attitude among motorists. Grech said the scheme would do the opposite.

He insisted that the initiative was of the positive reinforcement kind, and it would drive down the sense of impunity among law-abiding citizens.

11.15am After Bernard Grech met buyers and sellers at an open market in Birżebbuġa he promised "an afforestation project we have never seen before".

He says he wants to see afforestation projects "in all localities" but gave no other detail. However, we could find out more this evening, when the PN is due to hold its general council.

11.03am Some election news for animal lovers. The PN is due to announce a set of proposals on animal welfare later. We understand they will include a ban on the importation of exotic animals into the country. Read the full story here.

There has been a spate of unfortunate encounters with big cats in captivity in recent months.

A person was treated for an 'exotic animal' bite in November, while a puma and a panther were found living in a residential home in Għajnsielem last month. 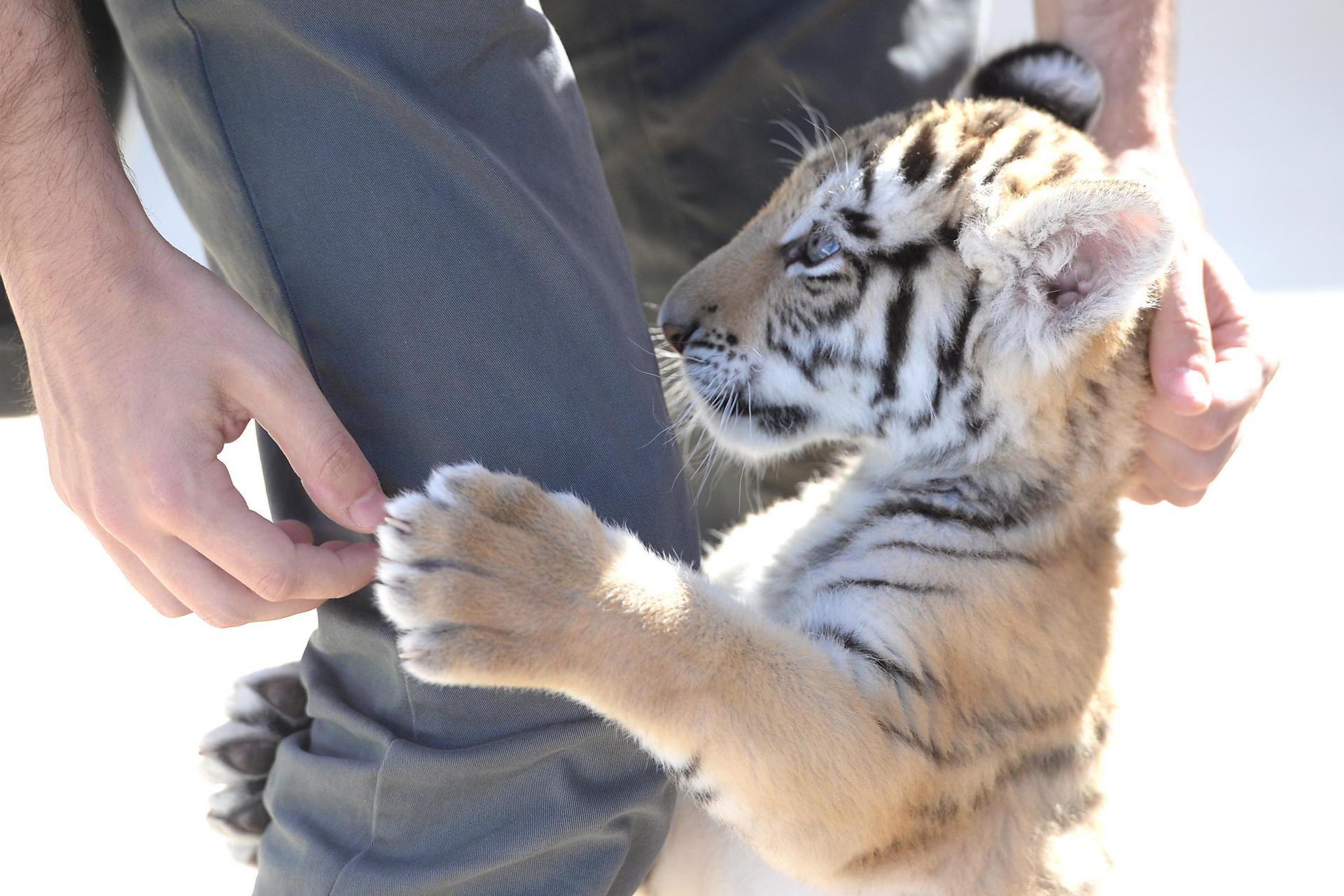 A tiger cub in one of Malta's zoos. File photo: Matthew Mirabelli

What's on the agenda this morning?

10.32am The two main parties both have events lined up for this morning.

Bernard Grech is to address the media in Birżebbuġa any minute now. Robert Abela is away but Labour is due to hold an event at their headquarters in Ħamrun at 11.15am. Michael Falzon and Alison Zerafa Civelli will speak.

10am With the news of Russia bombing Ukraine and Robert Abela attending an urgent EU summit on the crisis, expect the news agenda today to be dictated by international news. And so it should be. But we will still be keeping you updated with Malta's election campaign.

8.30am If social media comments are anything to go by, then the PN's proposal to give an amnesty/'suspended sentence' for traffic infringements seems to have backfired. Many believe this will only incentivise anarchy in our chaotic streets. Check out the critical reactions to Bernard Grech's tweet:

8.10am The Malta Police Union wants members of the police force to sport tattoos as it presented its 28 proposals to the political parties.

The proposals are aimed at improving the working conditions, environment and professionalism of the members of the force.

8am The Partit Popolari last night published a list of its election candidates.