Bernice Cassar is believed to have been killed by her husband, who is under arrest in connection with her murder on Tuesday morning.

Home Affairs Minister Byron Camilleri has called the killing a "femicide". If the courts concur, Cassar will become the first murder victim since Malta introduced the concept of femicide into the criminal code.

But Cassar is by no means the first woman to be killed in such circumstances.

Of the 44 women murdered in Malta since the beginning of the millennium, 29 are considered femicides, according to crime historian Edward Attard.

Here is a list of those victims: women who were shot, stabbed and strangled by men, sometimes by the people they trusted most.

Vanessa Grech, a 22-year-old who struggled with addiction, was stabbed to death by Alfred Azzopardi in November 2001 after she threatened to tell his wife about their secret relationship. Azzopardi also stabbed Grech's toddler before dumping the bodies of mother and child into a well. He was jailed for life.

38-year-old mother of two Pauline Tanti was stabbed to death on the doorstep of her mother's home in Rabat, just as she was leaving for work at about 5 a.m. on July 8, 2002. Her estranged husband, Ġilju Tanti, 44, died by suicide shortly afterward at their Mqabba home.

Rachel Muscat, 20, was stabbed by her boyfriend Nureddin Bazena after she tried to break up with him at his residence in Għaxaq in August 2002. He was jailed for 25 years. 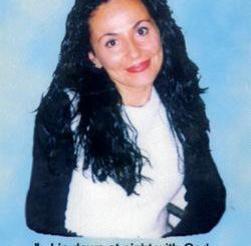 Patricia Attard was found shot dead in Ta Qali on Valentine's Day, 2004.  Her ex-husband, Carmel Vella, was convicted of plotting to kill her on a previous occasion and jailed for six years along with another man, Josef Grech. Grech was later accused of her murder but was shot dead in 2012 as he awaited his trial.

Josette Scicluna, 32, was stabbed by her ex-boyfriend David Norbert Schembri at her house in San Ġwann in May 2004. She was stabbed 49 times, and her daughter witnessed the murder. Schembri was jailed for life.

Doris Schembri, 61, was stabbed to death while bedridden in St Luke’s Hospital in September 2005. Her estranged ex-husband, Anthony Schembri, had walked through the hospital hallway, entered her room, and stabbed her to death.

Carer Charlene Farrugia,25, went missing in November 2008. The case remained unsolved until 2019 when John Paul Charles Woods confessed to the crime when questioned about an armed robbery. Woods told officers that he had stabbed Farrugia and choked her inside his St Paul’s Bay apartment. He had then allegedly dismembered her and mixed her body parts with cement in sacks, which he dumped in a skip. He hid her head and legs in a secluded spot close to the Valletta bastions. 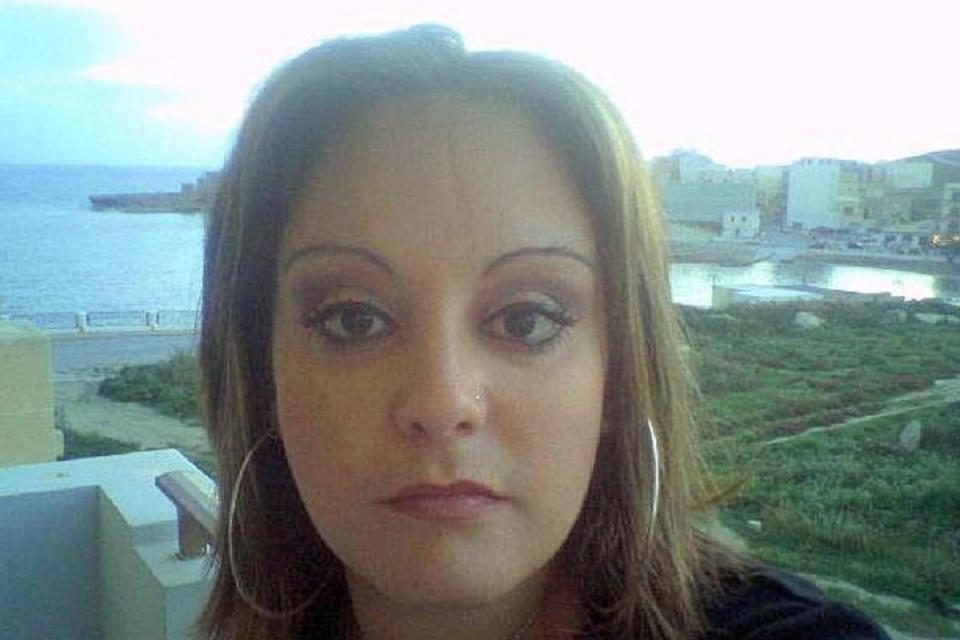 Lyudmila Nykytiuk, 35,  fell into an empty elevator shaft in November 2009 after an argument with her husband during which he accused her of infidelity. The Ukrainian woman was later found dead in the shaft with an injury to her eye. A court heard how her husband, Sergii Nykytiuk, drank wine and smoked cigarettes as she died a slow death. He was jailed for 25 years.

Maria Theresa Vella, 62, was stabbed to death in Cospicua in May 2009 by her daughter’s ex-boyfriend Clive Farrugia, after she intervened to stop him from assaulting her daughter. Farrugia was jailed for 40 years after admitting to stabbing her 10 times in a frenzied attack.

A mother of three, Catherine Agius, 40, was stabbed to death in July 2009 by her estranged husband Roger Agius with a butcher’s knife at a Tarxien bus stop. He was jailed for 31 years after he admitted to the crime.

Christine Sammut was shot dead by her ex-boyfriend, Kenneth Gafà, as she sat in her car in December 2010. His last text to her read: “You might have to change your arrogant attitude but don’t be surprised if I will be the one to change that.”  He was jailed for 35 years.

Irena Abadzhieva, a 38-year-old Bulgarian woman living in Malta, was found dead in her rented flat in June 2011 after being stabbed 40 times. Her body was discovered only after neighbours complained about the smell. The chief suspect is a Turkish man who used to share her flat. Her murder remains unsolved.

Karen Cheatle was found drowned at her apartment in July 2011. The 54-year-old British woman had moved to Malta in 2004 after a divorce. She had been dating 52-year-old John Agius for about six months before her death. The police believe he killed her at her home, before dying by suicide.

Lawyer Margaret Mifsud was found strangled in her car, after a night out in April 2012. Her ex-husband, Nizar I Mustafa Al-Gadi, was found guilty of killing her and was sentenced to life. This year he was sentenced to two additional jail terms.  During his trial, one of the couple’s two daughters described him as “the worst dad in the world.” 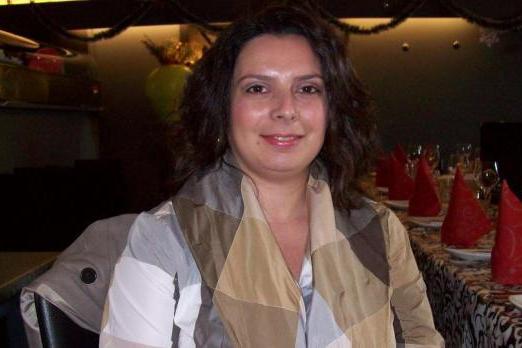 Lawyer Margaret Mifsud was found strangled in her car in April 2012. Her ex-husband, Nizar El Gadi was sentenced to life for her murder.

Blow to the head: Meryem Bugeja

40-year-old Meryem was five months pregnant with twins when she was found dead at her home with head wounds in September 2012. Forensic DNA tests on the unborn twins showed her estranged husband was not the father. At one point, investigations centred on the woman’s estranged husband, Joseph Bugeja, but sources close to the investigations said there was nothing to link him to the murder conclusively.  Her murder remains unsolved.

Mother of five Yvette suffered 60 stab wounds after a pair of scissors was used to knife her in the head, neck and shoulders in November 2012. Her partner, Laszlo Nandor Marton, 57, was sentenced to 25 years in prison.

Silvana, 36, was found lying on her bed in March 2015 after being stabbed five times. She had filed several police reports against her estranged husband, Ibrahim Hamid. A few weeks before her death, a court ordered him not to contact her. He left Malta after her death and the police, had issued both a European Arrest Warrant and an International Arrest Warrant against him. He remains one of Europe's most wanted fugitives.

Eleanor Mangion Walker, 33, was found dead in a warehouse in Qormi, after being struck with a hatchet to the head in July 2016. Her former partner and father of her daughter, Andrew Mangion, was charged with murder. Another man, Kristjan Zekic, who was allegedly involved in hiding her body, landed behind bars in 2020.

Caroline was found in her bed after her ex-partner, Djibril Ganiou, slashed her throat in September 2016. Before her death, the 41-year-old had gone to the police after he threatened her and reported that Ganiou had slightly injured her. He was jailed for 30 years.

Kevin Micallef is accused of attacking and stabbing his mother and aunt to death after an argument over his suspicion that the women were secretly putting tranquilisers into his coffee. His 74-year-old aunt, Maria Carmela Micallef died on the floor of her sister's home in July 2018. His mother, Antonia Micallef, 71, later died in the hospital. Micallef is pleading insanity at the time of the crime. The case remains pending.

Shannon Mak, 30, was beaten, kicked and stabbed in the neck. The body of the Dutch woman was found in a pool of blood between a parked car and a garden wall. In 2020, her former colleague and boyfriend, Jelle Rijpma was sentenced to 30 years in prison. 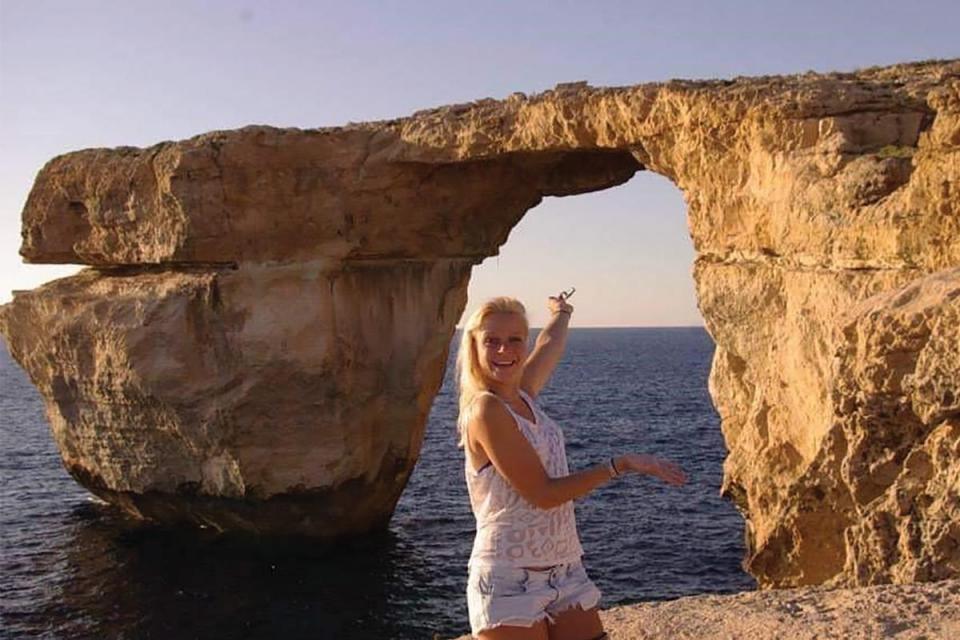 Shannon Mak was beaten, kicked and stabbed in the neck- her former colleague and partner, Jelle Rijpma, has been sentenced to 30 years in prison

Lourdes Agius, 35, a mother of seven children was found strangled at her home in Paola by her mother in September 2018. The main suspect is her partner – and father of two of her children – Michael Emmanuel from the Ivory Coast. He had claimed insanity and pleaded not guilty, but his plea was thrown out by a jury.

Earlier this year, Joseph Bonnici was sentenced to 36 years in jail after admitting to killing his mother Maria Lourdes and sister Angele Bonnici on March 26, 2019. Bonnici shot his relatives at a close range and later dumped their bodies in a field in Gudja where they were unearthed by scene-of-crime officers. 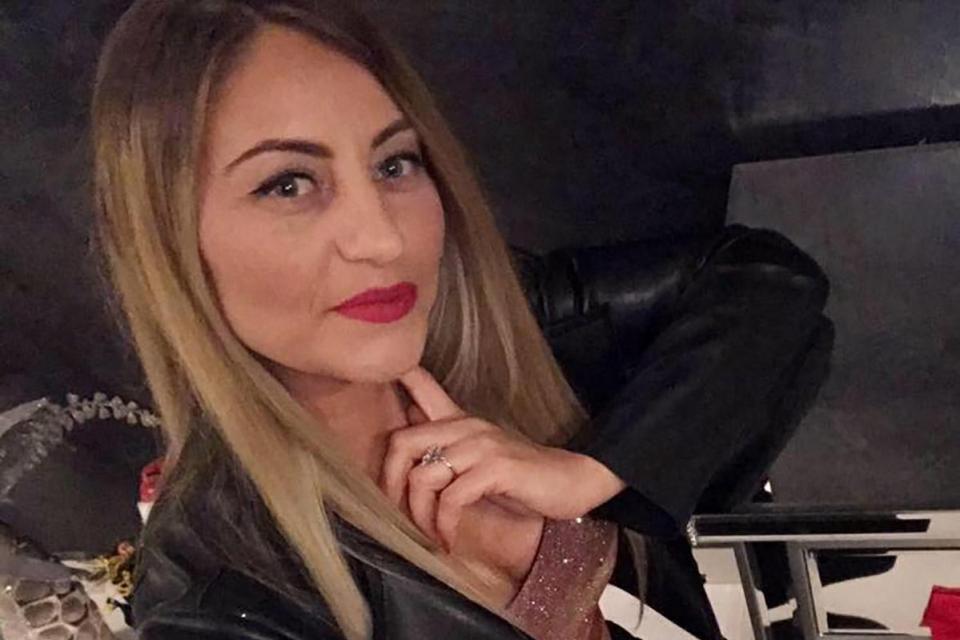 Chantelle Chetcuti was the first murder of 2020. Photo: Facebook

Chantelle Chetcuti, a mother of two, was stabbed at least five times in the head outside a bar in Żabbar in February 2020. She was allegedly stabbed by Justin Borg, her former partner of over a decade and the father of her two daughters. He was charged in court, denied the murder and was granted bail.

Polish national Paulina Dembska was raped and murdered in Sliema on January 2.  A 20-year-old man, Abner Aquilina, has been accused of the crime. Officers have previously testified that Aquilina said to them that “the devil” made him kill the Polish student and a court has heard that police bodycam recorded his confession on camera. The case is ongoing. Her death sent shockwaves throughout the nation, and Malta introduced the concept of femicide to the criminal code after her murder.

Rita Ellul, 49, originally from Iklin, was found dead in an apartment in Għajnsielem, Gozo in February this year. An autopsy confirmed that she had been strangled to death, and forensic doctors said the victim had fingerprints around her neck and also severe bruising in various parts of her body. The accused, Lawrence Abina, Ellul’s partner, is pleading not guilty to murdering her. He previously confessed to police that he strangled her because he thought she was cheating on him. Ellul had reported her partner to the police over domestic violence.

Bernice Cassar, a mother of two, was shot dead on a road behind the MCAST campus in Paola on Tuesday. Her body was found outside her white Nissan Qashqai. Her estranged husband, Roderick, is the prime suspect. He also faces criminal charges for domestic violence, following a report Bernice Cassar filed against him in May. He was arrested early on Wednesday morning when police officers stormed his house in Qrendi at the end of a 17-hour standoff. 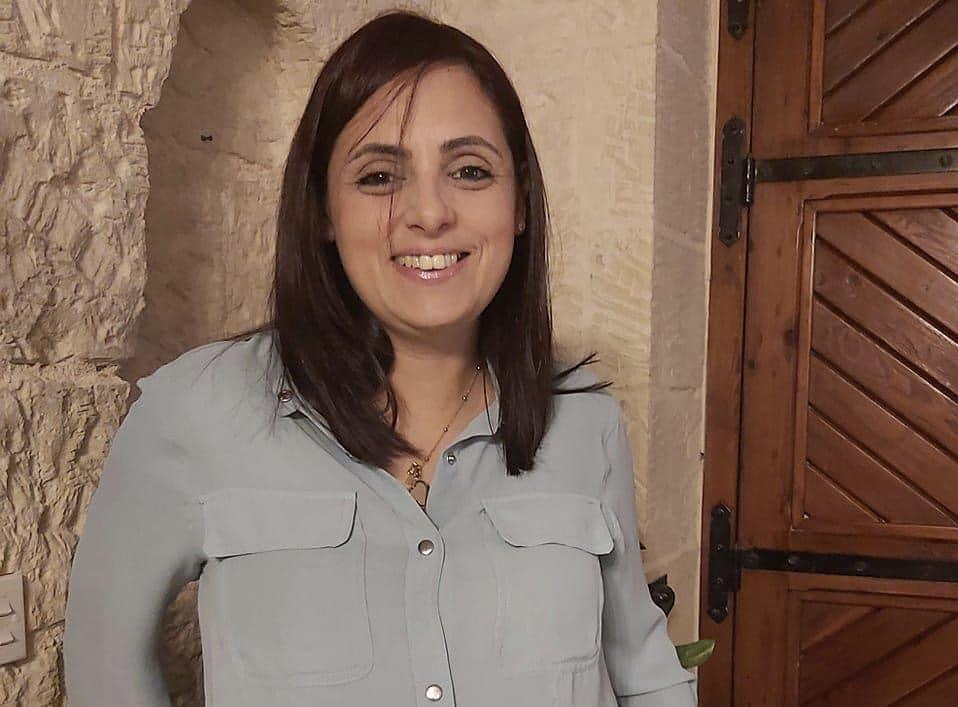 Others would argue that the list of femicides is much longer than these 29 women.

Some argue that journalist Daphne Caruana Galizia, murdered by a car bomb in 2017, is a femicide. However her murder was also an attack on democracy and an assassination of one of the government’s harshest critics

Lisa Marie Zahra, could also be included. She was just 15 years old when she was found dead at the bottom of Dingli cliffs in March 2014. Her former drama teacher, Erin Tanti pleaded guilty to murdering her and was handed a 20-year prison sentence back in 2019.

Trans sex worker, Sion Grech was another victim, stabbed to death in 2005, at just 20 years old.