Developments in the murder investigation of Daphne Caruana Galizia continue to unravel in twists and turns. Here's an update of the last six days.

This is the second part of an ongoing chronology. Read Part 1 in this timeline.

• The Prime Minister holds a marathon six-hour emergency Cabinet meeting. At the end of it, he tells the press that Cabinet has decided to deny suspect Yorgen Fenech a presidential pardon. The decision is made as Keith Schembri is released from arrest without charge.

• Prime Minister Joseph Muscat says he intends to step down as soon as Daphne Caruana Galizia’s murder suspect is brought to justice.

• Dr Muscat denies having had two phone calls with Yorgen Fenech some months previously and says he reported an attempt to blackmail him to the police.

• A lawyer for Mr Fenech tells a judge that the police have a photograph of former chief of staff Keith Schembri and alleged middleman Melvin Theuma hugging at Castille.

• Mr Fenech strolls through the streets of Valletta, chased by the media and protesters calling him a “murderer”. He tells the media “the truth will be known.”

• Prime Minister Joseph Muscat suggests Mr Fenech tried to blackmail him into giving him a pardon. 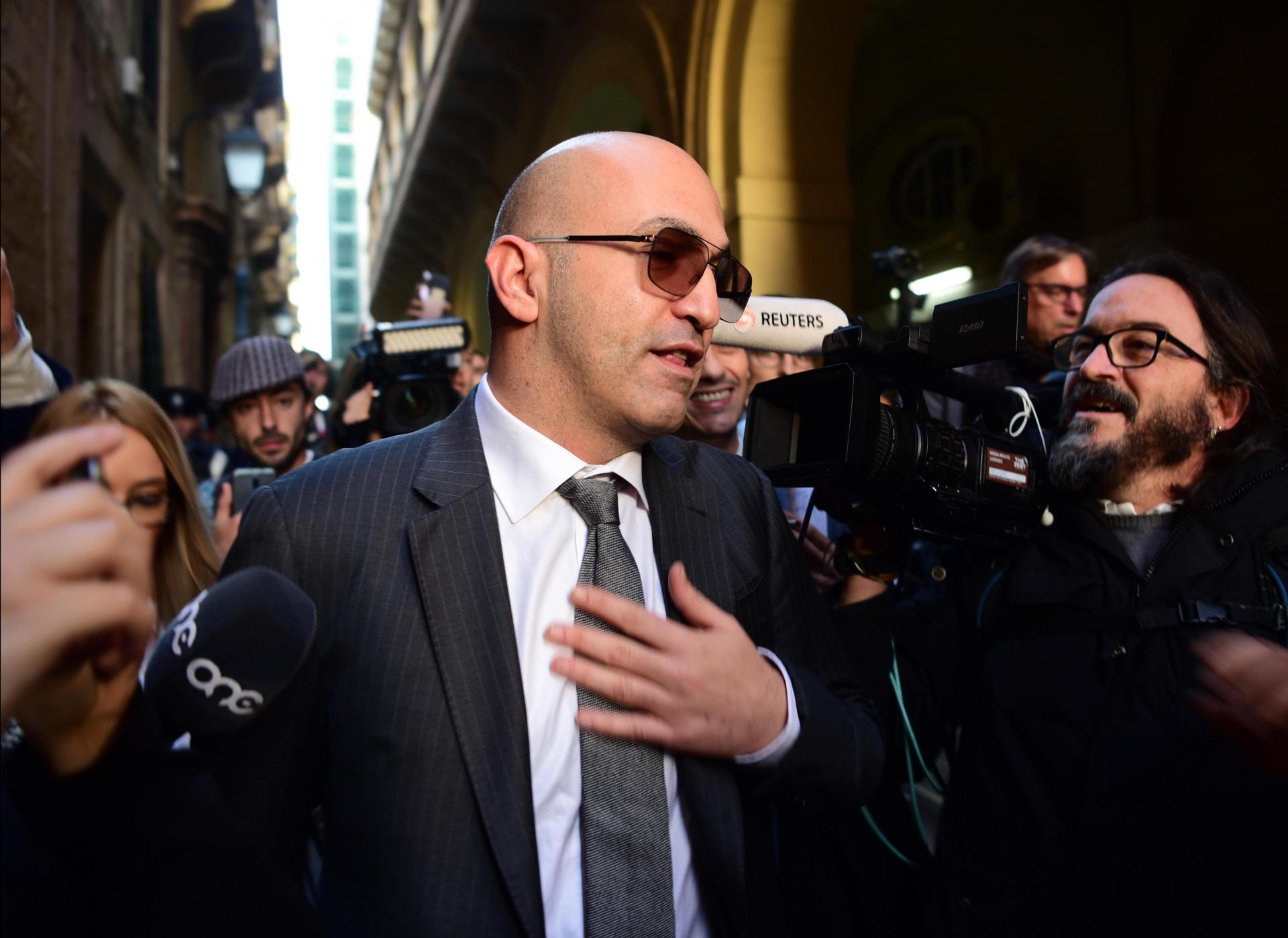 • Justice Minister Owen Bonnici tells the Council of Europe's Commissioner for Human Rights that investigations in the case "are, and always have been, free from any political interference".

• University lecturers and students block parts of the road around the Msida skatepark in protest and demonstrators later gather in Valletta.

• Yorgen Fenech is formally charged with complicity in the murder of Ms Caruana Galizia. He pleads not guilty.

• Times of Malta reports that ministers and parliamentary secretaries want Keith Schembri to be investigated after being told during a Cabinet meeting that Yorgen Fenech was handed a letter while in police custody which appeared to “frame” Minister Chris Cardona for the murder.

• Labour MEP Miriam Dalli says she feels “angry and betrayed” in the wake of the fallout from the investigation.

• Opposition leader Adrian Delia continues to pile pressure on the prime minister to resign, saying the country could not return to normal with him in charge.

• Joseph Muscat announces he will step down as Prime Minister after January 12, when a new leader of the Labour Party is elected. 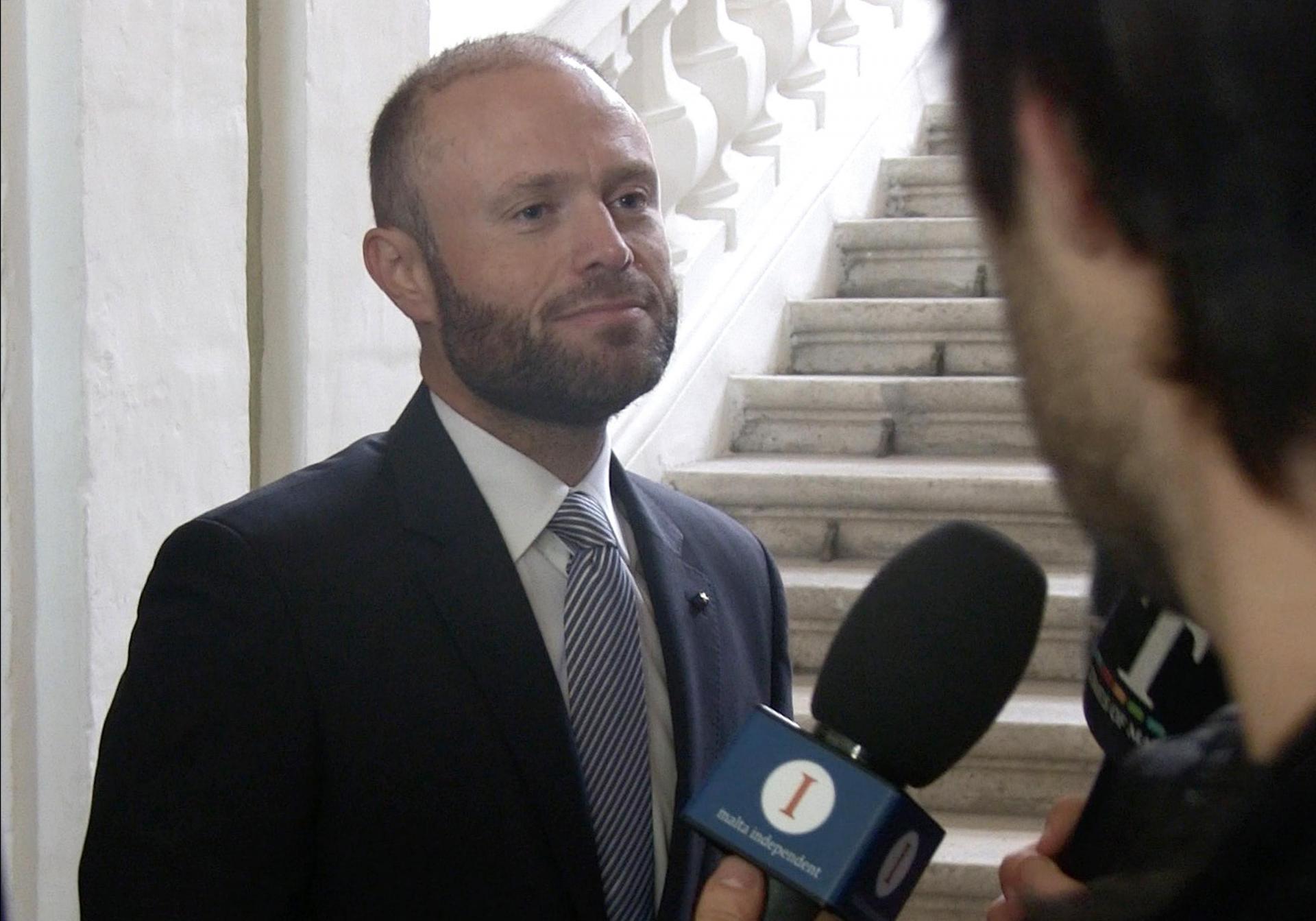 • Two hours before Dr Muscat announces his resignation, several thousand protesters gather in Valletta calling for him to step down immediately.

• President George Vella turns down Yorgen Fenech’s request for a pardon, telling the businessman’s lawyers he based his decision on the advice of Cabinet and there was nothing more he could do.

• Magistrate Nadine Lia, whose father-in law is the prime minister’s personal lawyer, is drawn to hear the compilation of evidence against Mr Fenech.

• A delegation of members of the European Parliament arrives in Malta late at night on an urgent fact-finding mission.

• The Caruana Galizia family calls for the Prime Minister and his actions to be investigated and for related evidence to be preserved as part of the ongoing investigation. 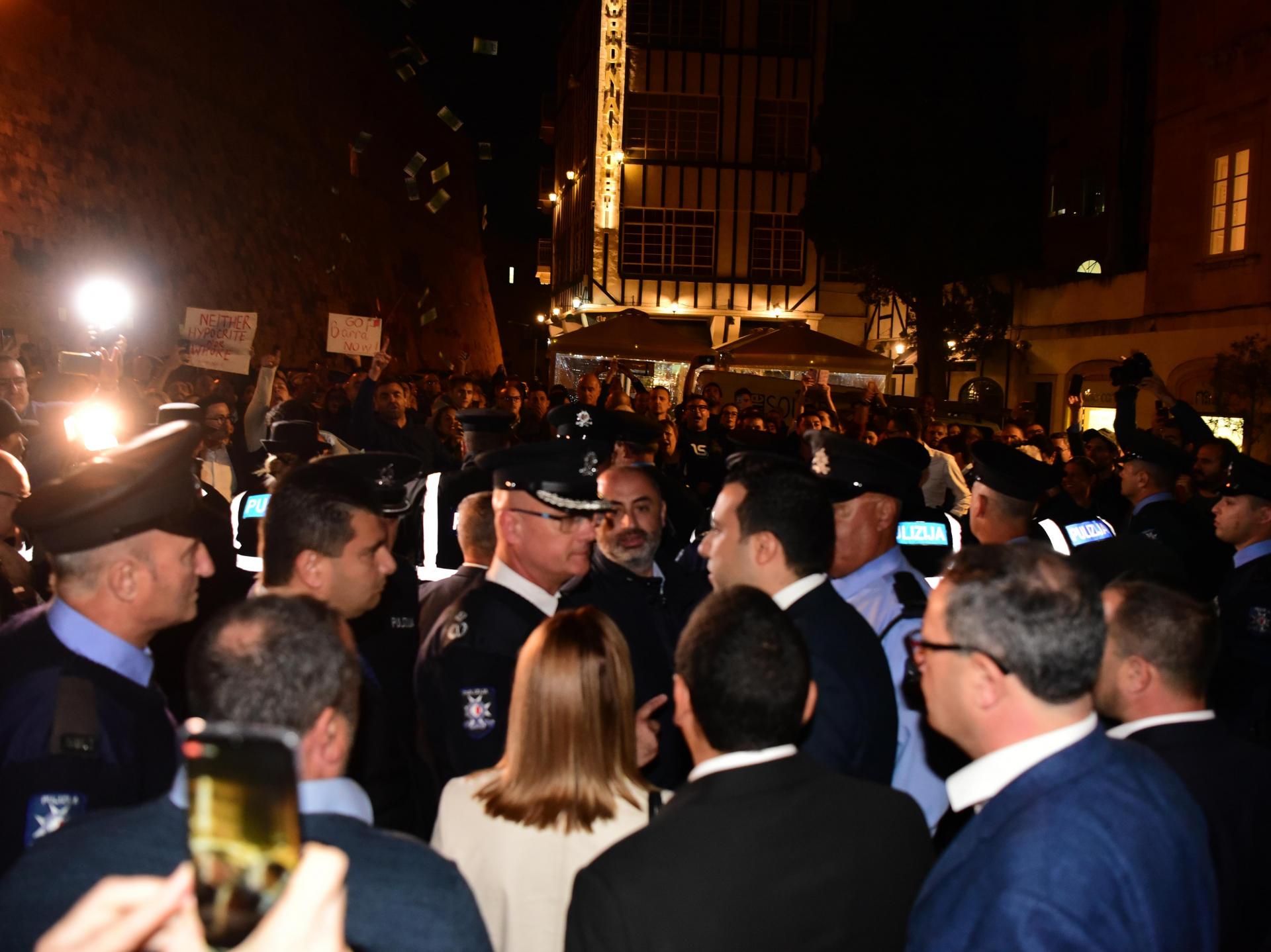 • Thousands of Labour supporters turn up outside the party headquarters in Ħamrun in an impromptu show of support for outgoing prime minister Joseph Muscat.

• Two of the suspected murderers of Daphne Caruana Galizia challenge the validity of the pardon granted to ‘middleman’ Melvin Theuma, arguing that the Prime Minister had a ‘conflict of interest’.

• Vincent Muscat, one of the men accused of the murder, asks President George Vella to grant him a pardon in exchange for all information ‘on various facts’.

• A letter found in Yorgen Fenech’s Portomaso property implicates both the millionaire business magnate and the Prime Minister’s former chief of staff Keith Schembri in the assassination of Daphne Caruana Galizia.

• A delegation of MEPs emerged from a meeting with the Prime Minister unconvinced by his explanations surrounding the investigation into the murder of Daphne Caruana Galizia.

• Mr Fenech again requests for a presidential pardon, claiming that former chief of staff Keith Schembri prevented him from saying all that he knew to the police.

• President George Vella calls for calm in the country and appeals for all to consider the consequences of their actions.

• A crowd gathers outside police headquarters, in Floriana calling for the arrest and interrogation of the Prime Minister’s former chief of staff, Keith Schembri. 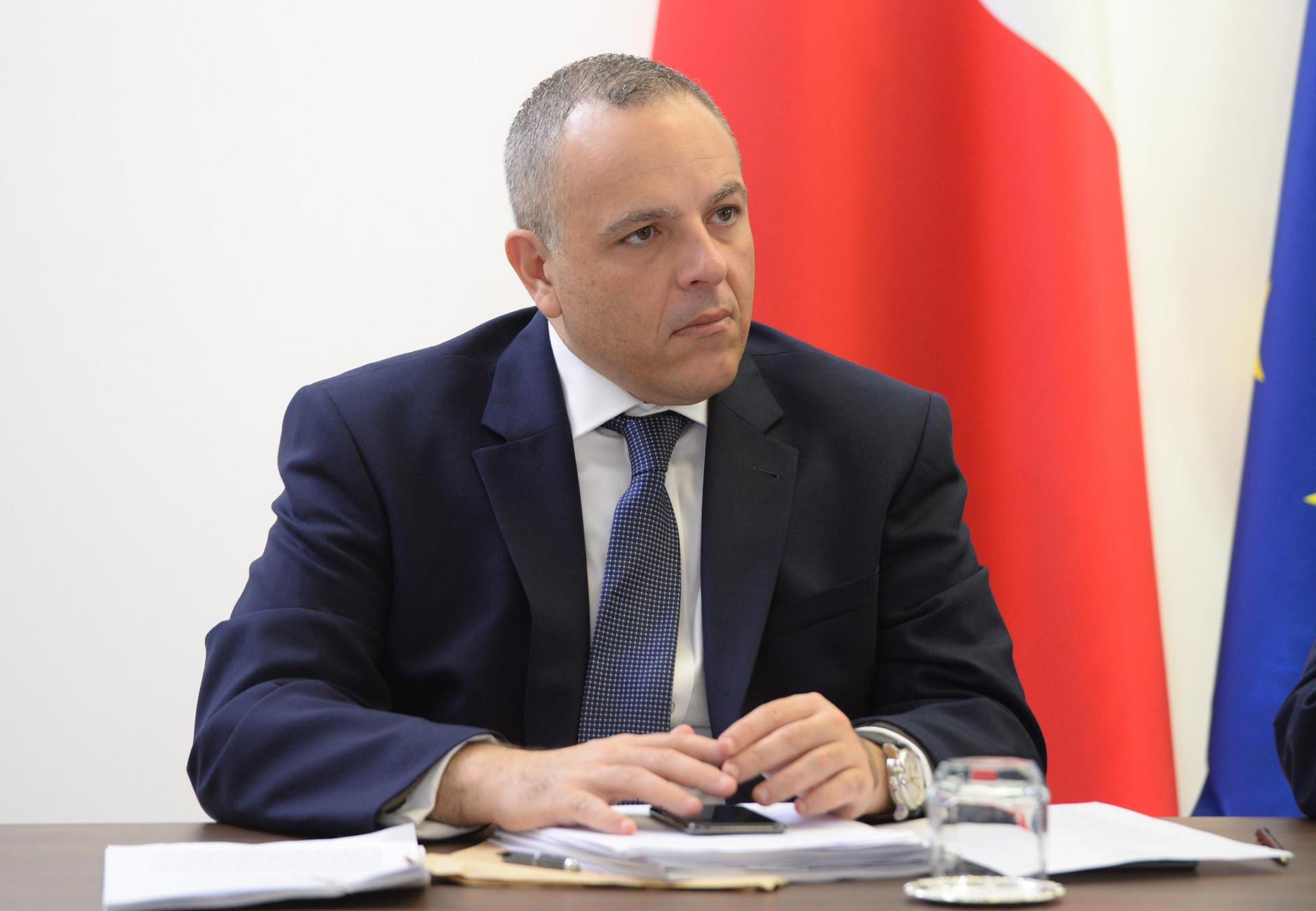 • The family of Daphne Caruana Galizia as well as Yorgen Fenech, the man accused of being an accomplice in her murder, separately call on Magistrate Nadine Lia to abstain from hearing the compilation of evidence against Fenech.

• Middleman Melvin Theuma testifies in the compilation of evidence against the three men accused of carrying out the murder of Daphne Caruana Galizia.

• Mr Theuma describes Fenech as the “only mastermind” and says that he was able to give advance warning about the raids that would see the Degiorgio brothers arrested.

• Mr Theuma also alleges Keith Schembri offered him a government job where he never reported to work but was paid monthly by cheque. 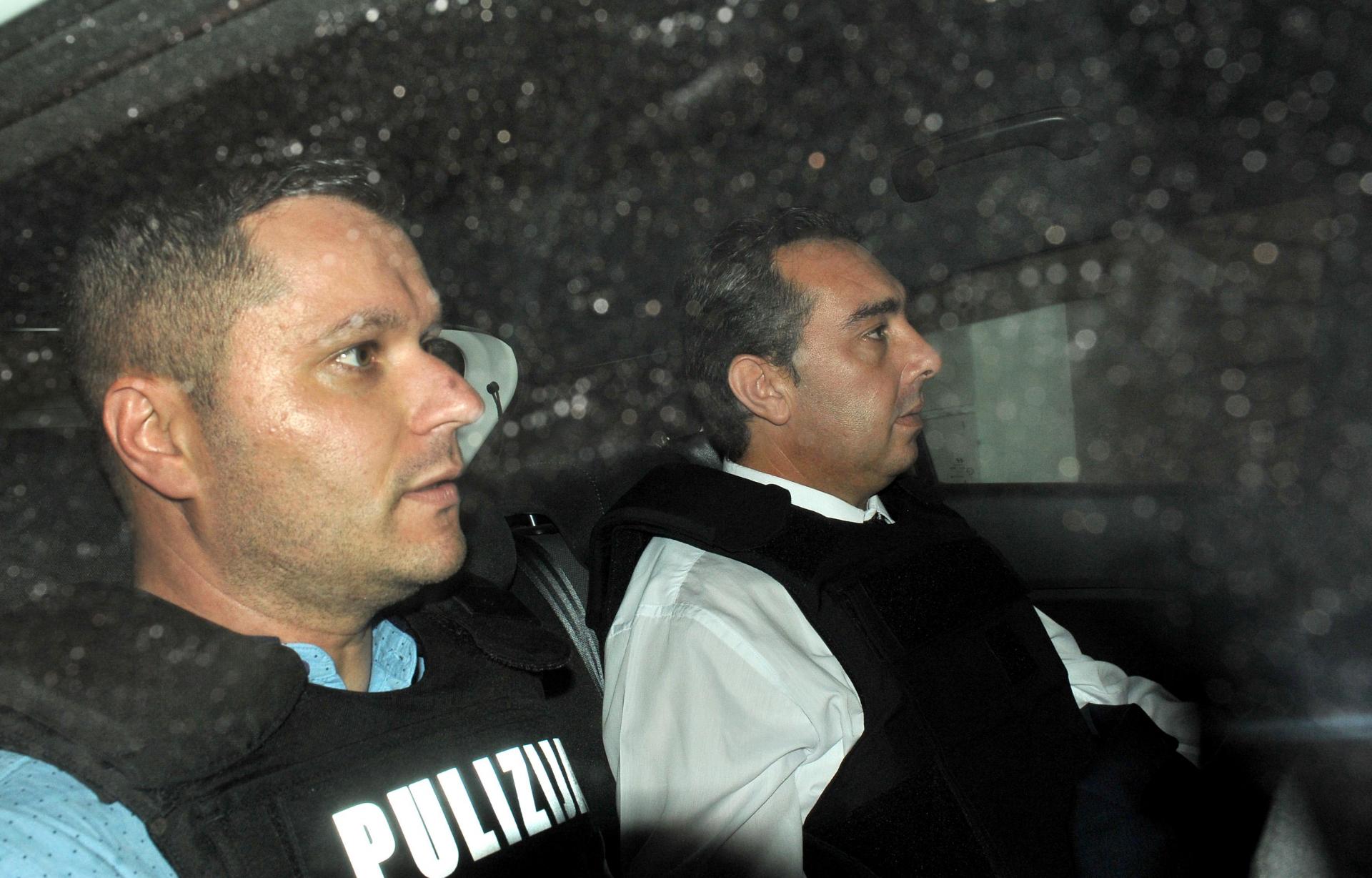 • A European Parliament delegation flags concerns about the integrity of the Caruana Galizia investigation.

• Yorgen Fenech's compilation of evidence is handed to magistrate Rachel Montebello, after the initial magistrate, Nadine Lia, decides to abstain.